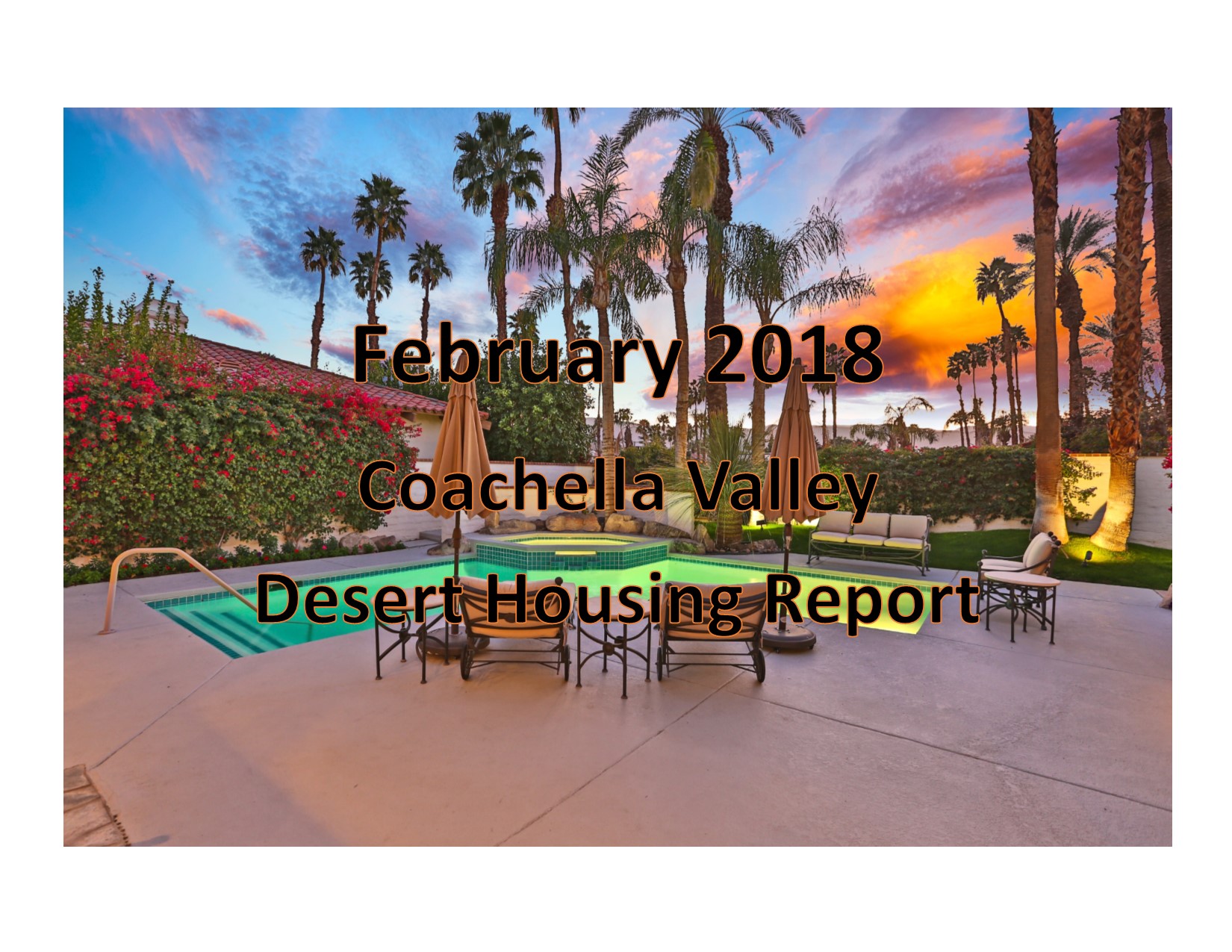 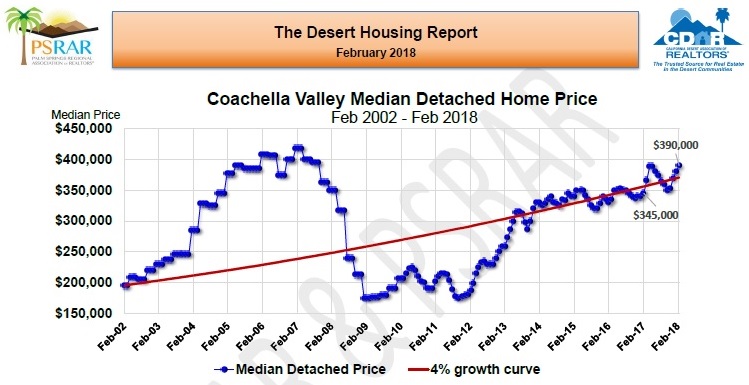 The Coachella Valley detached home median price stood at $390,000 in February versus $345,000 at this time last year (an increase of roughly 13%). Market Watch noted that price indicators like this are pointing to a strong market this year. 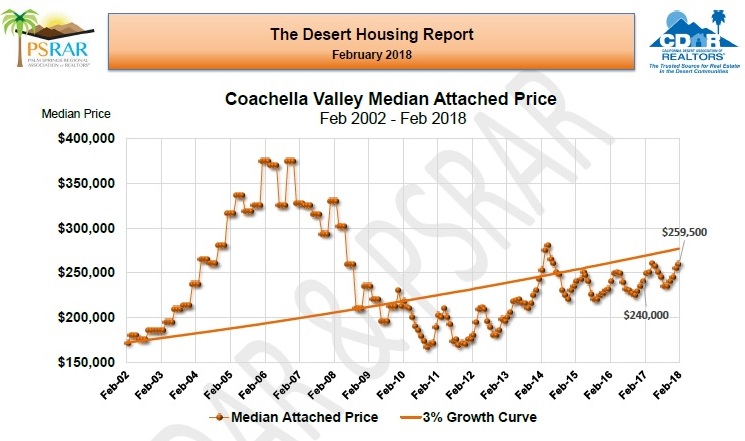 The Coachella Valley attached home median price reached $259,500 in February versus $240,000 in February 2017 (an increase of roughly 8.1%). Based on previous years’ price trends, Market Watch is predicting another two or three months of strong prices. They note that one motivating factor for buyers is that attached home prices have not risen for three years now, while they have in other areas of the state, which makes current prices look “cheap” in many outside buyers’ eyes. 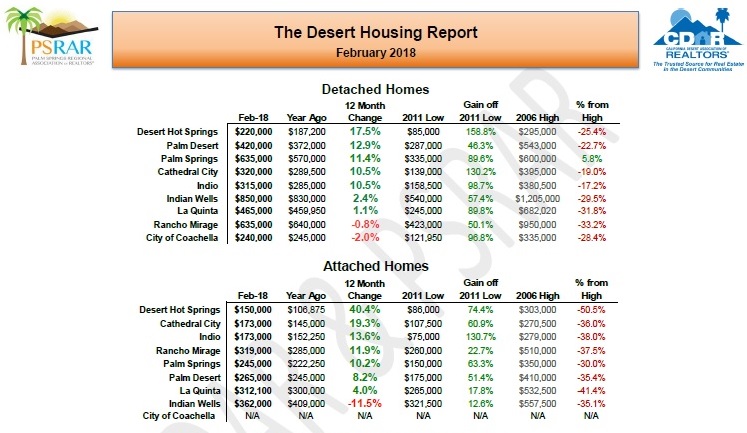 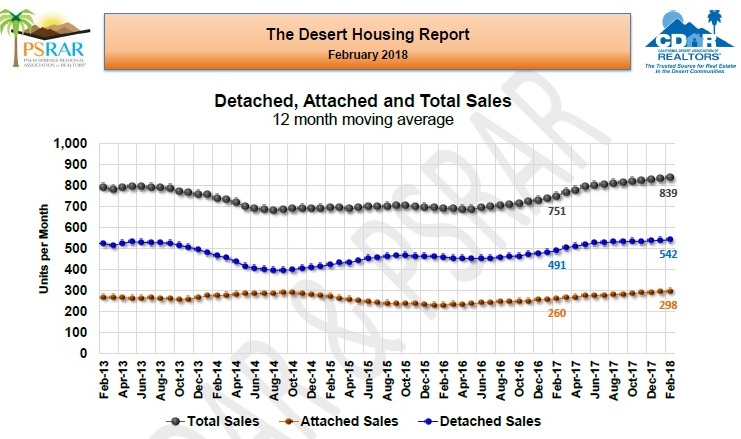 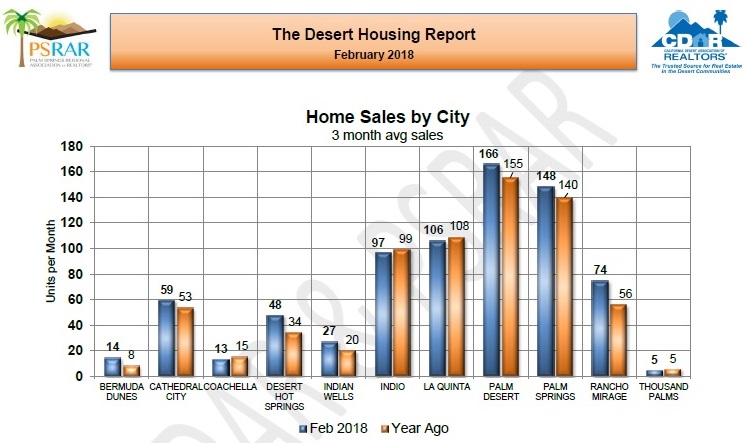 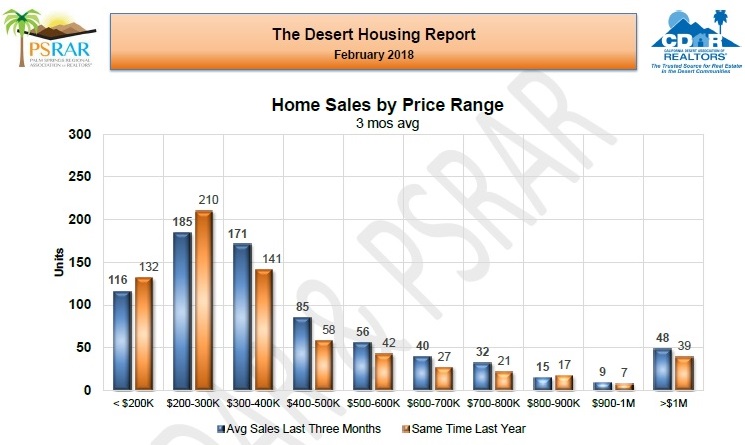 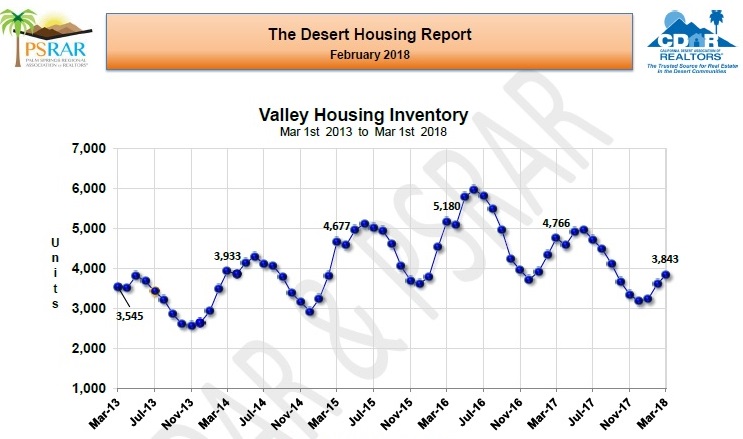 The Coachella Valley housing inventory rose 218 units in February to 3,843. Market Watch pointed out that this was the lowest March inventory number since March 2013). In Market Watch’s opinion, the continual decline in inventory, which has been in effect now since the spring of 2016, is turning the Valley’s housing market into a sellers’ market; a market where sellers are more in control of prices than the buyers. They went on to state that this transformation in the market should continue to put upward pressure on home prices in the region. 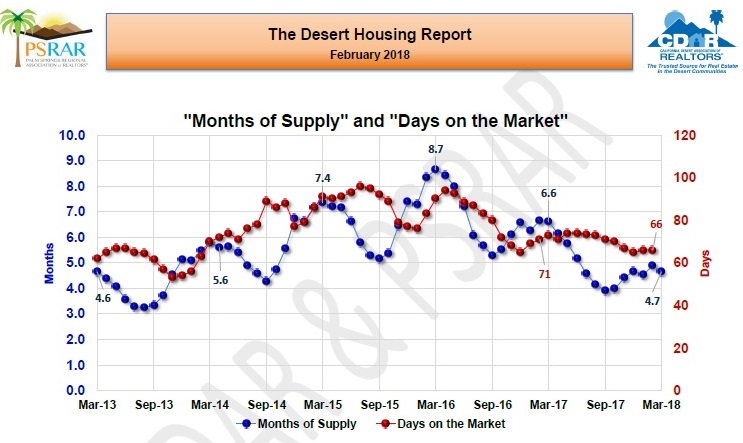 Market Watch noted that the transformation of the region’s housing market into a sellers’ market is best seen by looking at the month of sales ratio. On March 1st, it reached 4.7 months, the lowest ratio since March 1, 2013. This is confirmed by the continual low number of days on the market at 66 days, which is four days less than March 1, 2017. 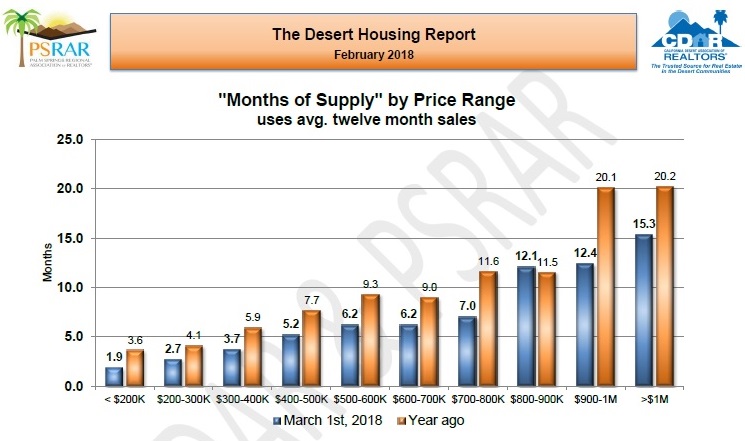 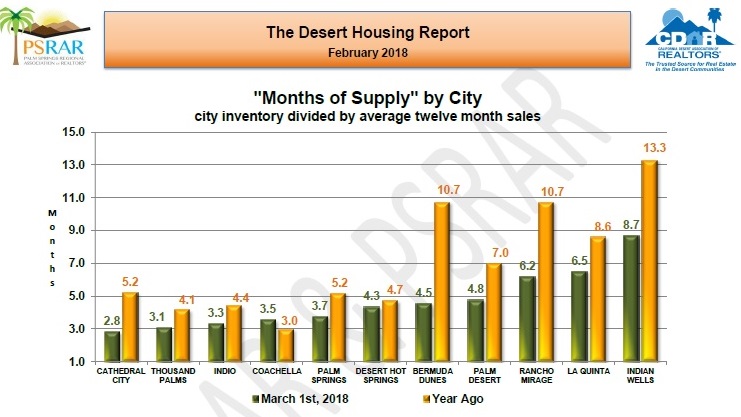 Market Watch also saw a strong improvement in the months of supply ratio of every city except Coachella and Desert Hot Springs (even though the ratio in Desert Hot Springs did decline, the decline was marginal). Only three cities have ratios over 6 months (Rancho Mirage, La Quinta and Indian Wells), with the first two only marginally above it. They also noted that they felt the strongest improvement was in Palm Desert, which has generally been lagging behind the other cities in price gains the last three years. They are calling for some strong price improvement in Palm Desert this year.