Here’s What’s Coming To Netflix in May 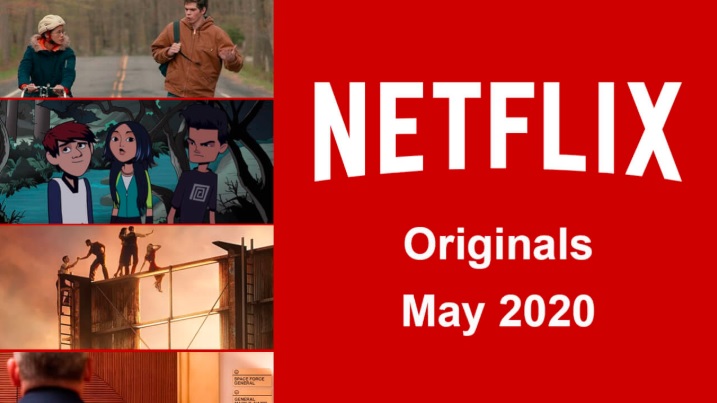 Hollywood will be Ryan Murphy’s first full Netflix Original series under his expansive output deal with Netflix. The limited series is set to detail the height of the golden age of Hollywood as we follow a group of actors and filmmakers trying to make it big. Among the cast for Hollywood includes Rob Reiner, Darren Criss, Jake Picking, Patti LuPone, Paget Brewster, Mira Sorvino, and Jim Parsons. Amongst the cast, Darren Criss has worked with Ryan Murphy on multiple projects. He starred as Blaine in Glee, briefly appeared in season 5 of American Horror Story, and went on to win an Emmy award for his portrayal of Andrew Cunanan in American Crime Story.

This will be the final season of the Italian co-production that looks into the rule of Medici. The historical drama has featured some top names throughout its run but it perhaps remains a true hidden gem and hopefully, the third season manages to pull in a bigger audience.

The Half of It (Movie)

Directed by Alice Wu, this is a coming-of-age dramedy that’s about a shy student named Ellie who helps a fellow student out with his crush but she ends up falling for his crush too. The movie was announced back in April 2019 and was originally supposed to debut at the Tribeca Film Festival but as with most events in 2020, it was canceled.

As with almost every region in the world, Netflix continues its global expansion and this series is one of the first waves of new shows from Argentina. Netflix has yet to publish the official page for the comedy series and we’ll update this post once we learn more.

Jerry Seinfeld is back on Netflix with his second stand-up special in May. Recorded at the Beacon Theatre in New York it’ll once again, according to Netflix, “reinforce his reputation as the precision-craftsman of standup comedy”

The hilarious Canadian comedy series Workin’ Moms returns for its fourth outing on Netflix globally in May. The fourth season sees our heroic moms continuing to battle their busy schedules with the kids now outgrowing the moms

The stakes get ramped up in the second season of the excellent drama featuring Christina Applegate and Linda Cardellini.

The second limited series set to release on Netflix in May is French musical mini-series The Eddy. It tells the story of a French club owner who is dealing with the ups and downs of running a live music venue in Paris. Among the key talent for The Eddy is André Holland, Joanna Kulig, Amandla Stenberg, and Melissa George.

Fans of The Hollow have been waiting for almost two years for the second season but its release date has finally been announced. The genre-bending animated series is one of the true hidden gems on Netflix and should not go missed by families.

David Spade is set to star in this Happy Madison production that sees him invite the girl of his dreams to a corporate getaway, only it’s the wrong girl.

Have a Good Trip: Adventures in Psychedelics (Documentary)

Netflix has really only dipped its toes into the interactive special space thus far with the biggest project being the Black Mirror special. Now, Kimmy Schmidt is returning to Netflix for the final time for a new special. We’ll see Ki mmy confront the Reverend who held her captive in the underground bunker.

She-Ra and the Princesses of Power (Season 5)

One of the best Dreamworks series to come to Netflix has been the She-Ra reboot. Sadly, however, it will be coming to an end with the final season due out in the middle of the month. The ultimate battle for Etheria is on the horizon. The final season of She-Ra and the Princesses of Power arrives May 15th.

The big Netflix comedy series of 2020 arrives at the end of May with Steve Carrell returning for his first TV sitcom since The Office. Throughout the first 10 episodes, we’ll be joining up with Greg Daniels for another workplace comedy this time taking aim at the US Space Force regiment. This series receives our one to watch of the month with a huge lineup of stars as we run you through in our ongoing preview.

Other Netflix Original Releases for May 2020

§  Patton Oswalt: I Love Everything – Stand-up Special – May 19th

Foreign Netflix Original Releases in May 2020