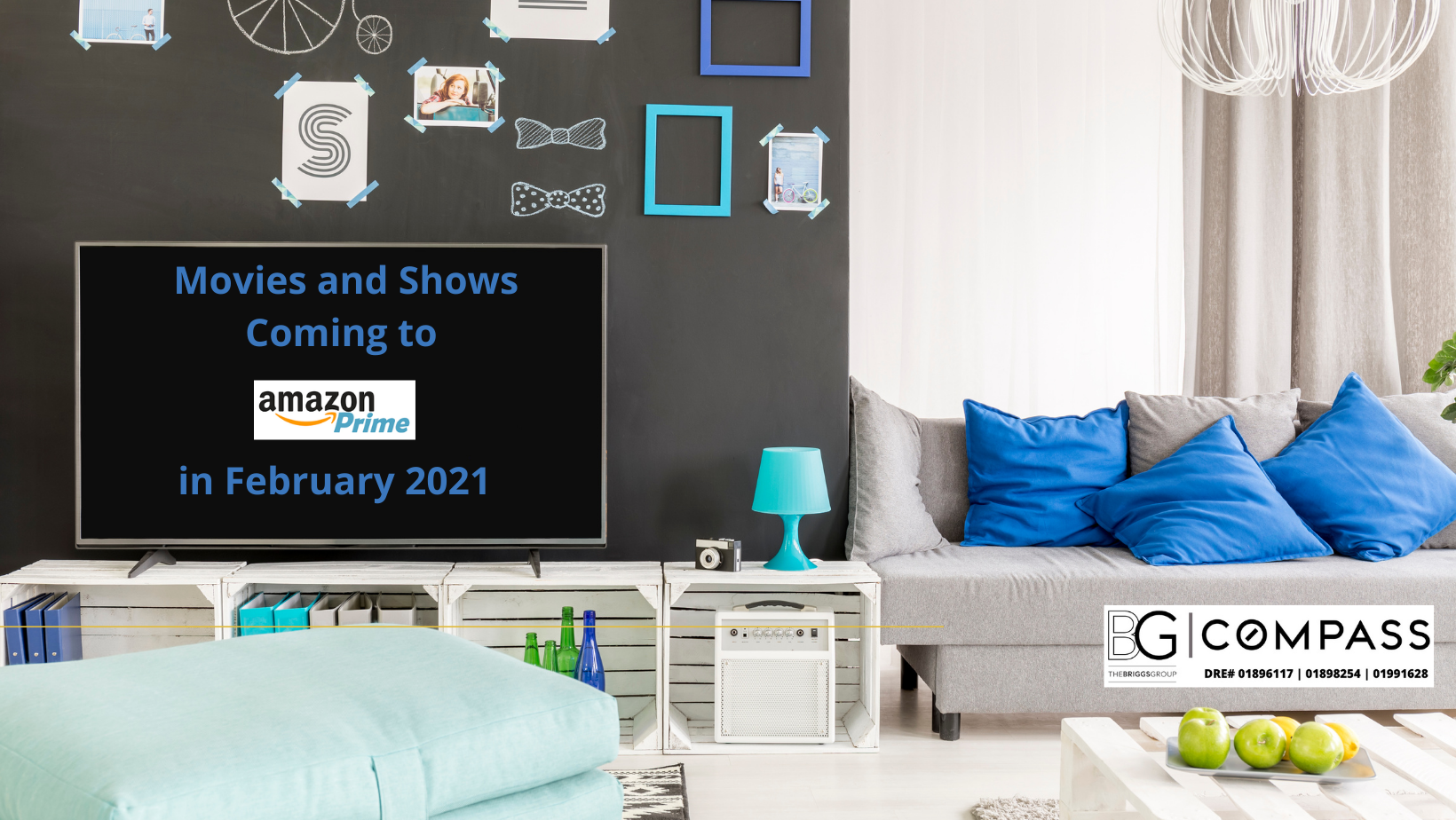 Prime Insider has just released their list of new offerings coming to Prime Video in February. Michael Hewitt, the former television critic for the Orange County (CA) Register and a lifelong movie buff and TV addict, starts the post out with his top 10 choices from February’s additions (all of which are included with an Amazon Prime membership):

·         The Tick (Prime Original), New Episodes - February 23: One of the funnier and stranger superhero shows, this Prime Original adaptation of the long-running comic book stars Griffin Newman as Arthur Everest and Peter Serafinowicz as the Tick

·         Mozart in the Jungle (Prime Original), Season 4 - February 16: Viewers can resume their obsession with the fictional New York Symphony and its denizens when season 4 of this Prime Original series debuts on February 16th

·         Logan Lucky - February 16: A heist-film comedy from director Steven Soderbergh, director of Ocean's Eleven and its sequels, with an all-star cast featuring Channing Tatum and Adam Driver as brothers who hatch a plan to rob the Charlotte Motor Speedway during a huge race, with the help of a dimwitted safecracker played by Daniel Craig

·         The Expanse, Season 2 - February 7: This Hugo-award-winning series from Syfy takes place 200 years in the future, when humans have colonized the solar system and a war between Earth and Mars looms large

·         Human Flow (An Amazon Original Movie) - February 16: This Amazon Original film from Chinese artist and activist Ai Weiwei documents some of the migrations of the more than 65 million people who have been displaced in recent years by war, poverty and famine

·         Mother's Day - February 8: The last film from the late director Garry Marshall starring Julia Roberts, Jennifer Aniston and Kate Hudson in a comedy about three Georgia families and the relationships between the mothers and children

·         Good Time - February 11: Robert Pattison stars as a bank robber trying to raise bail any way he can to save his mentally challenged brother from sadistic jail inmates

·         The Ballad of Lefty Brown - February 13: Bill Pullman stars as Lefty, an aging cowboy who tracks the murderers of his long-time friend (a recently elected senator from Montana), with the help of a very young gunslinger and an alcoholic lawman

·         Absentia (Prime Original) - February 2: Castle star Stana Katic returns in this Prime Original as Emily Byrne, an FBI agent who disappears while hunting a serial killer and is found 6 years later, with only fleeting memories of what happened to her

Here’s the complete list of what’s coming to Prime in February: