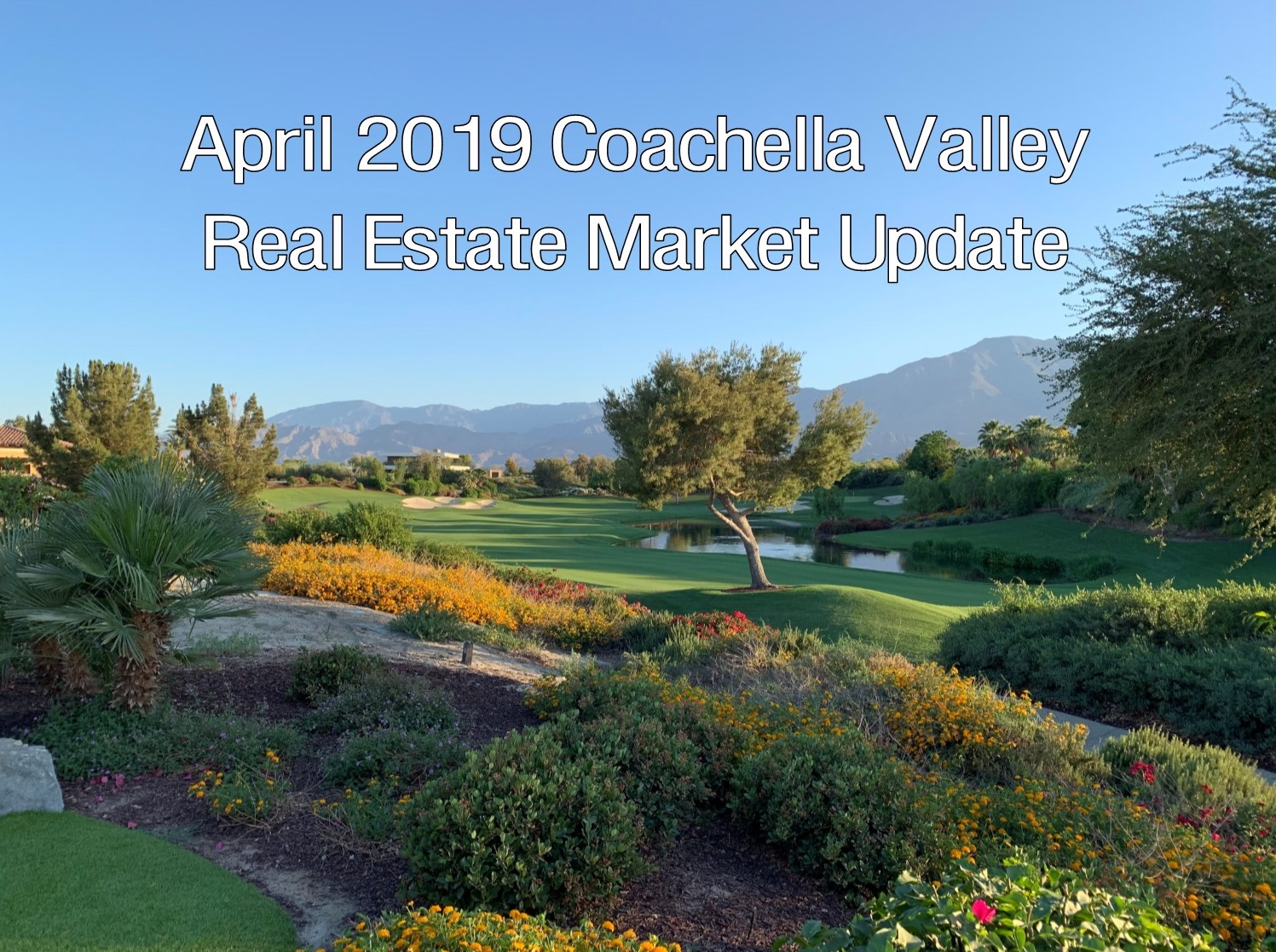 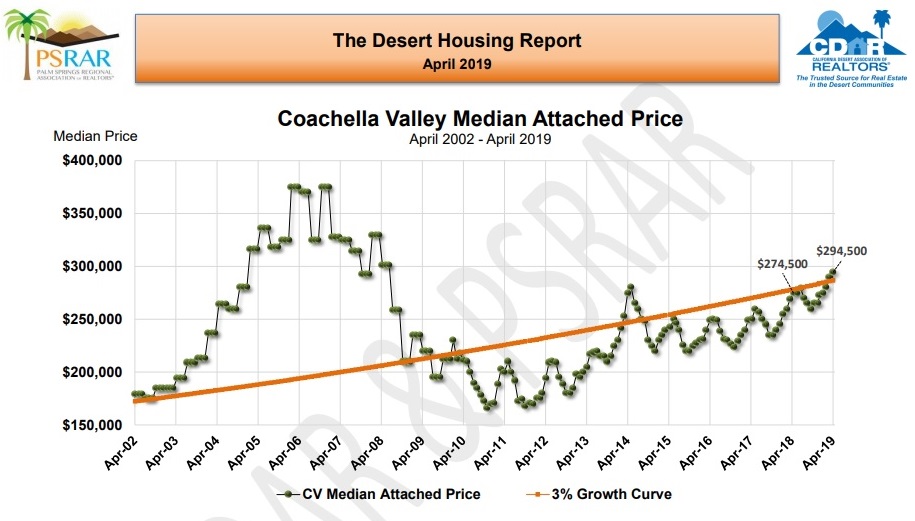 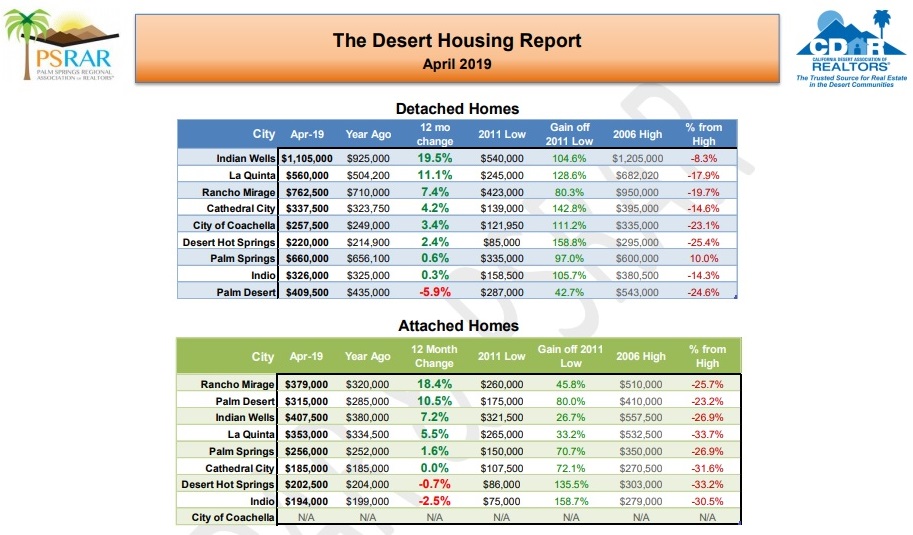 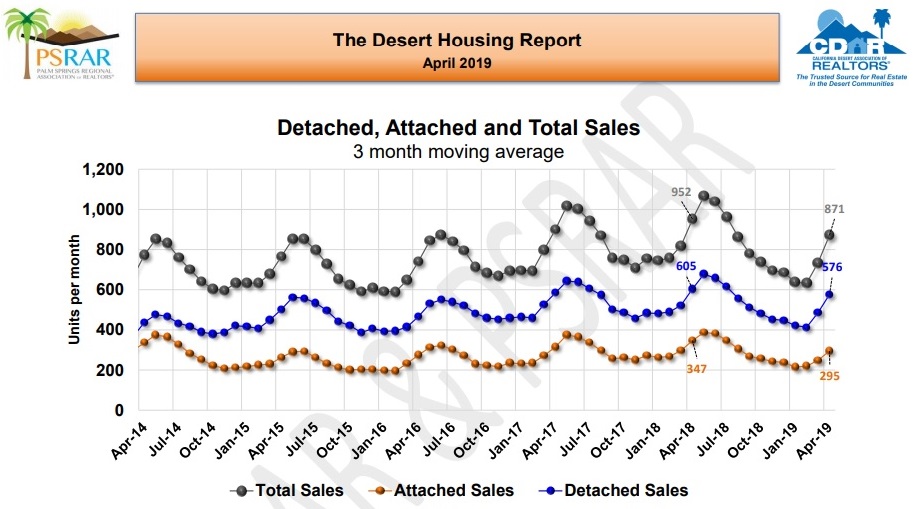 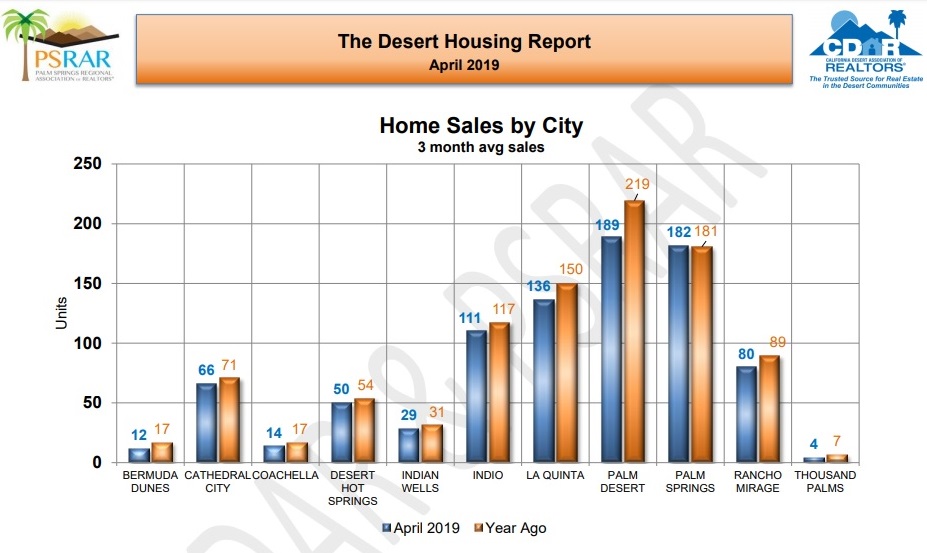 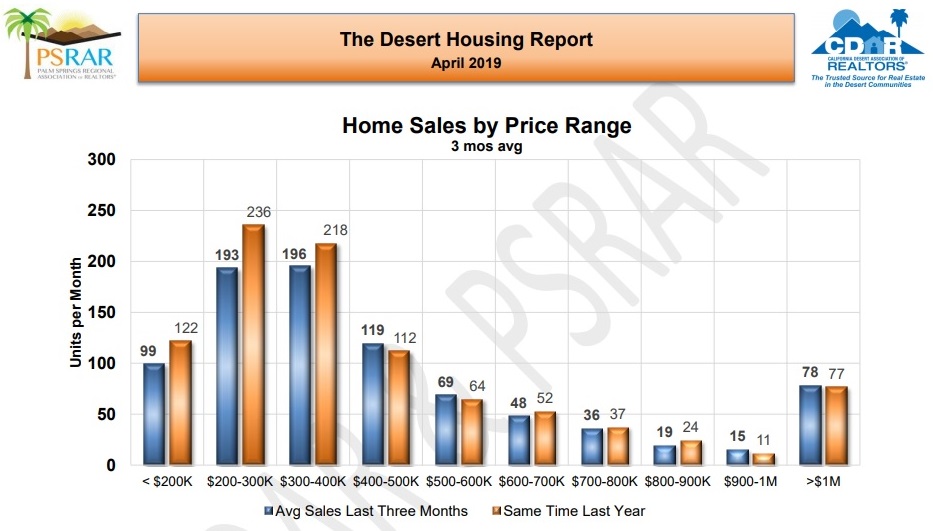 Home Sales By Price Range: Market Watch’s analysts noted that the largest drop in home sales are for homes priced under $400,000. They felt that this was due to the dwindling supply of homes in this price range in the Coachella Valley, as Coachella Valley home prices rise. The largest decline in average home sales over the last 3 months occurred in the $200,000 to $300,000 price bracket, where average home sales fell from 236 units a month to 193 units per month year-over-year. Average sales of homes priced over $900,000 over the last three months were slightly higher. 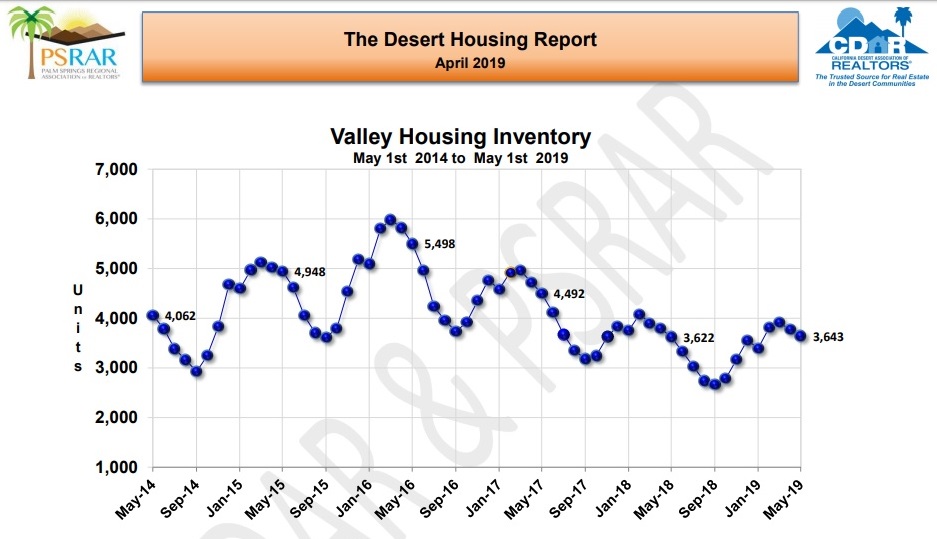 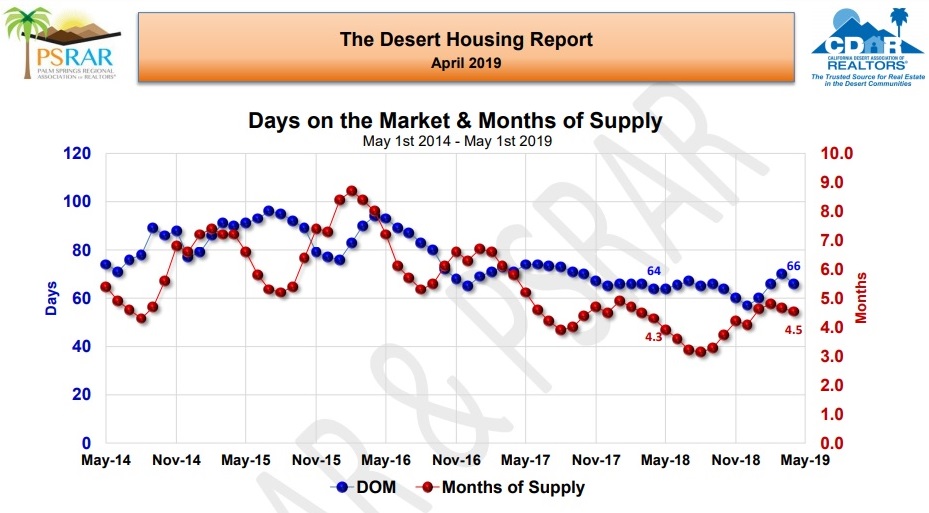 Days On The Market & Months Of Supply: On May 1st, the months of sales ratio (inventory divided by the average 12-month sales) was 4.5 months. Market Watch noted that while this months of supply ratio was 2/10 of a month higher than a year ago, it is a historically low ratio, indicating that the balance of supply and demand is still slightly in favor of the sellers. Days on the market in April was 66 days (up 2 days year-over-year). 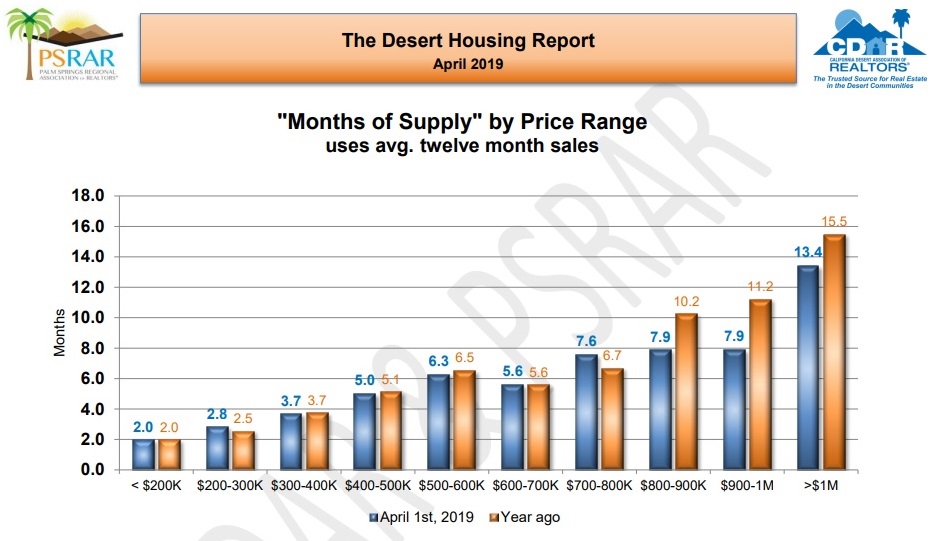 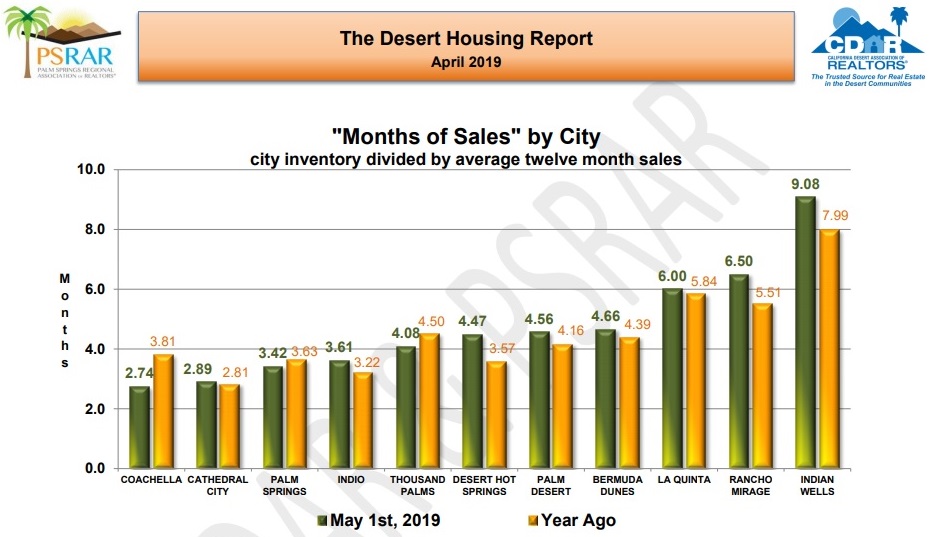 Months of Sales By City: Eight Coachella Valley cities had slightly higher months of supply ratios year-over-year, while the cities of Coachella, Palm Springs and Thousand Palms had lower ratios. Market Watch’s analysts singled out Palm Springs, stating that even though home prices throughout the city increased significantly over the last five years, inventory levels and months of sale ratios remained very well contained, an indicator that even at this high price level, the housing market in the city of Palm Springs appears to be very stable. 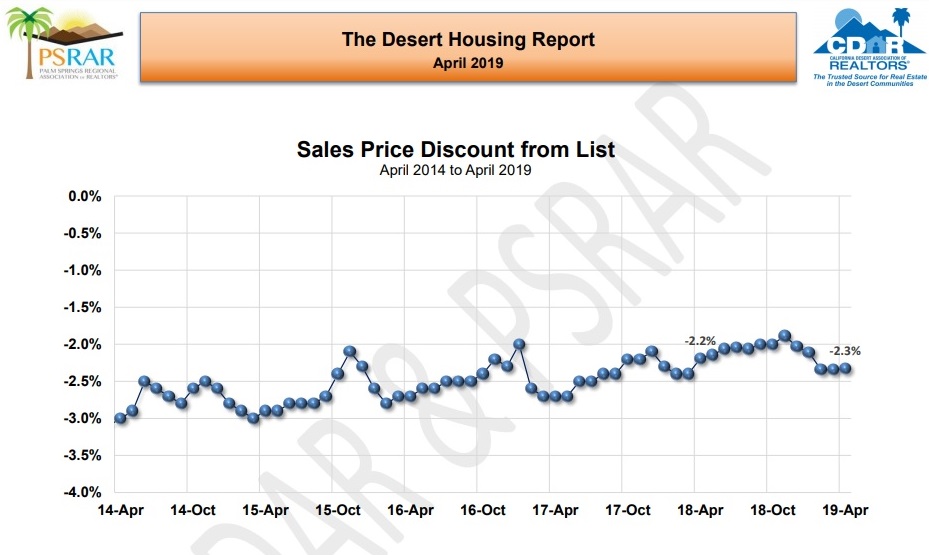