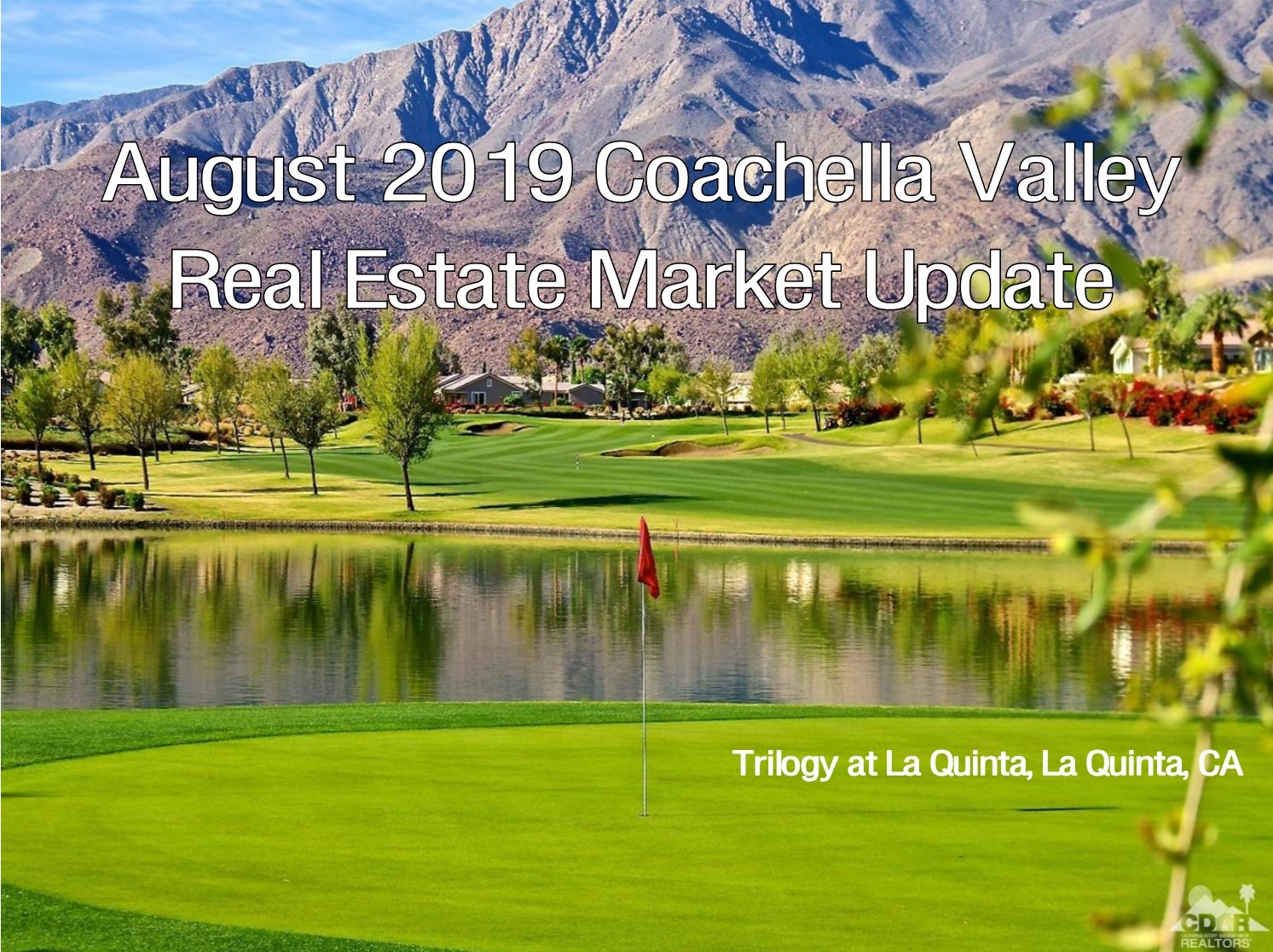 Greater Palm Springs area real estate market experts, Market Watch LLC., have just release their August 2019 Desert Housing Report. Over all, Market Watch felt that all of the housing metrics in the Coachella Valley are showing very positive readings. In fact, they noted that there was not one negative or cautious indication for the coming season that they were aware of. Some of the other highlights:

While the Coachella Valley median detached home price in August declined slightly to $411,000 (up 5.4% year-over-year). Market Watch noted that this decline in median price was due to normal, seasonal factors. 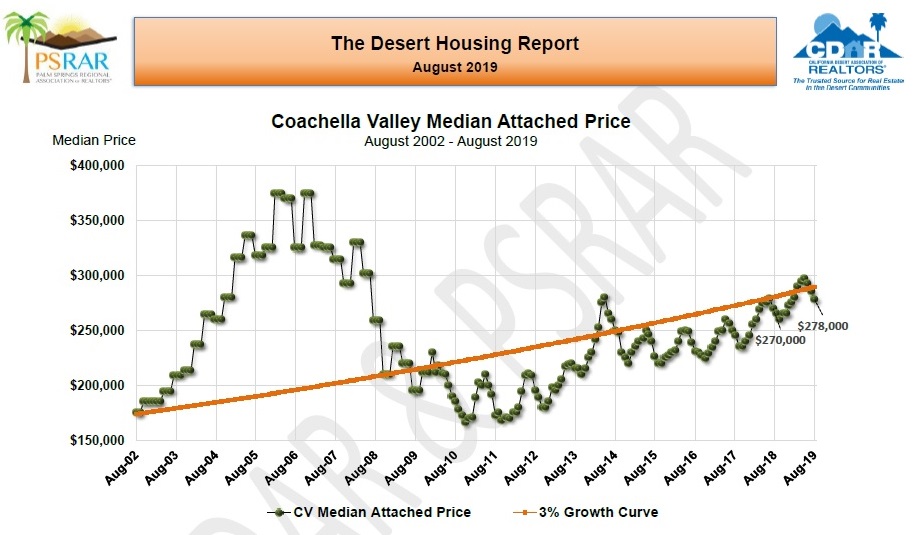 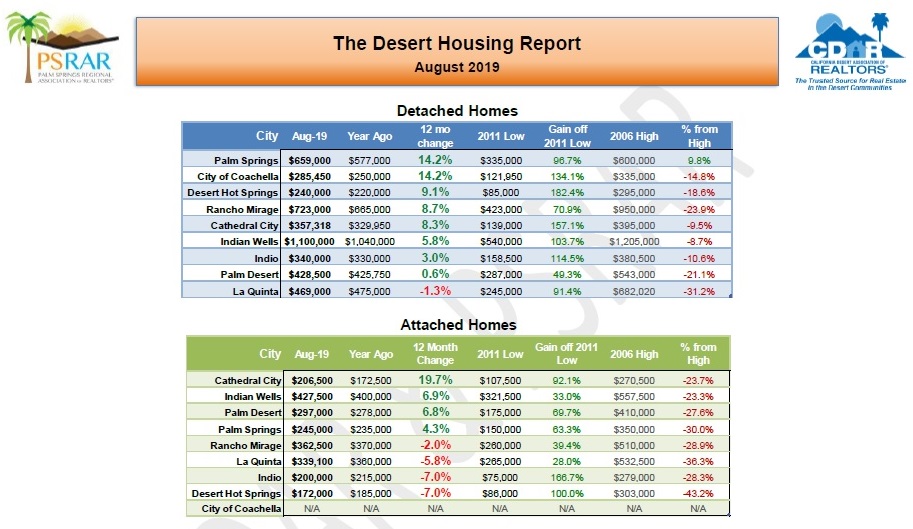 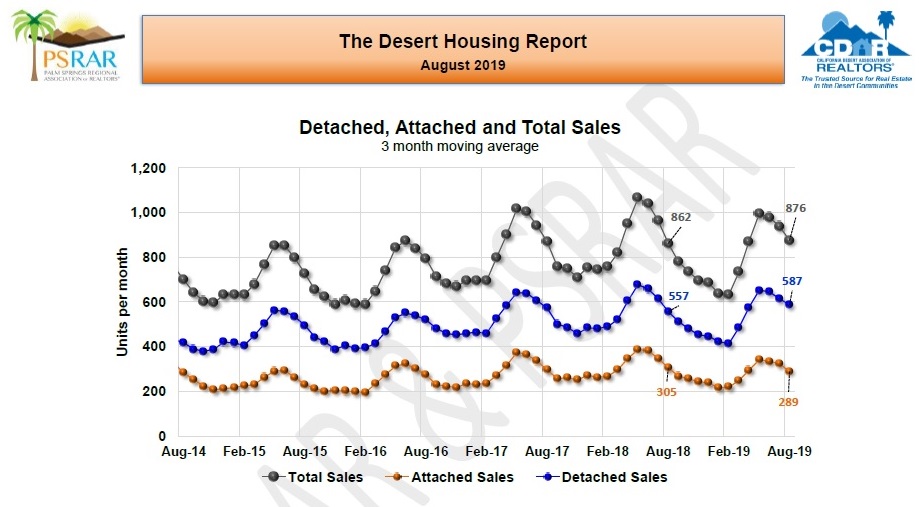 Total three-month average sales in August averaged 876 units a month (14 higher than a year ago). Detached home sales averaged 587 units (up 30 units year-over-year). Market Watch noted that this is the first time in over a year that year-over year sales have increased. 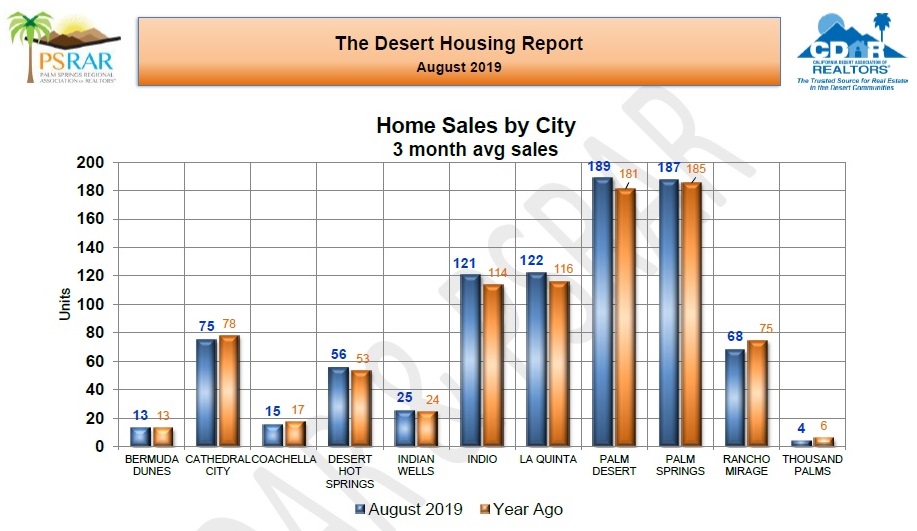 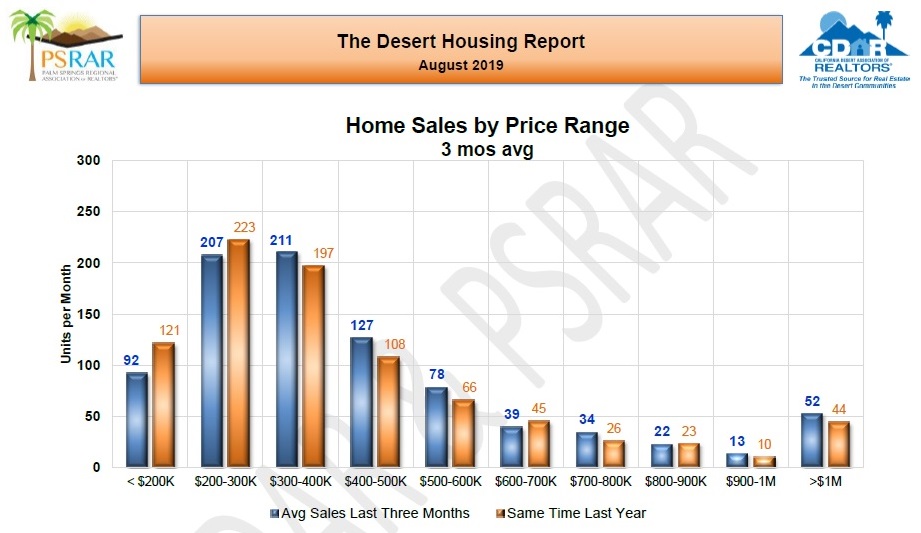 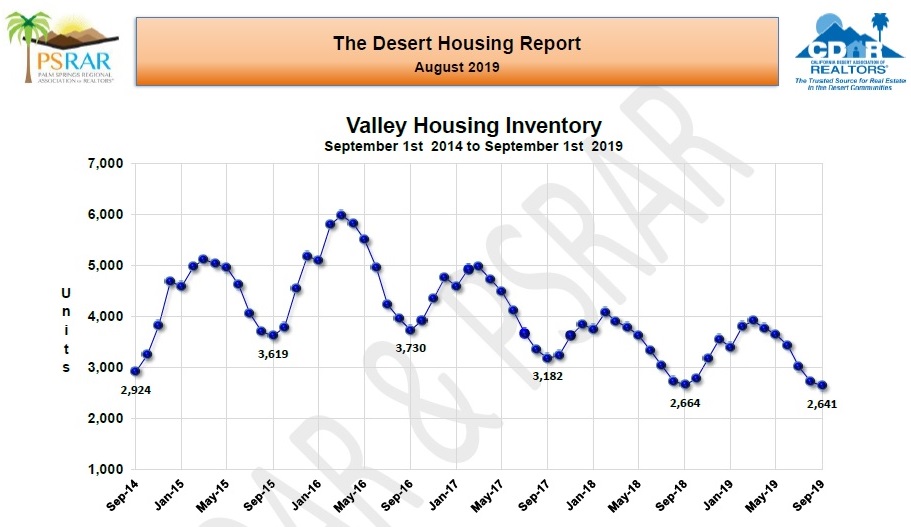 On September 1st, there were 2,641 units for sale, which is the lowest September inventory number in over five years. Market Watch felt that while low inventory numbers were good for prices, they also make it very difficult for homebuyers to find something to purchase. Further, they noted that there is no sign of any inventory problem creating undue or negative selling pressure anywhere in the Coachella Valley. 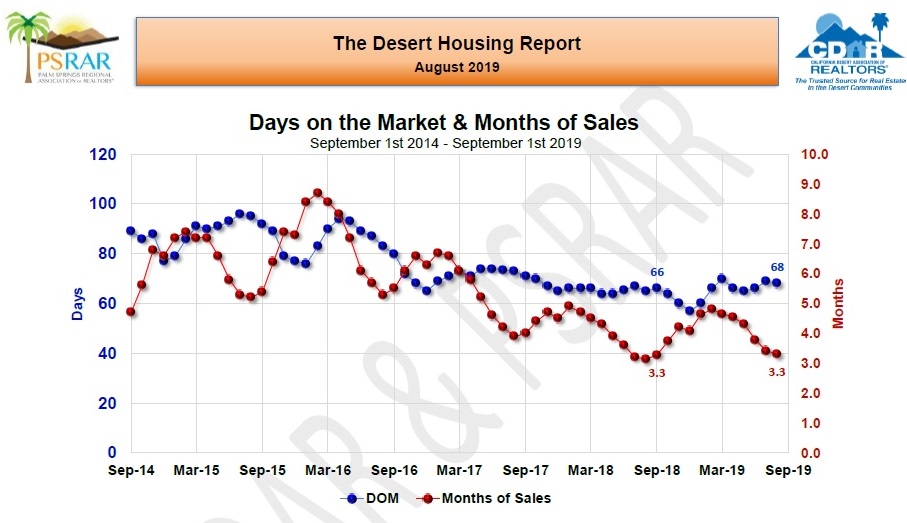 On September 1st, the months of sales ratio (inventory divided by the average sales rate over 12 months) was 3.3 months, the same as one year ago and the lowest level in five years. The median value of days on the market was 68 days (2 days more than it was last year). Market Watch pointed out that both of these indicators are currently positive which points to the continuation of the trend to higher prices. 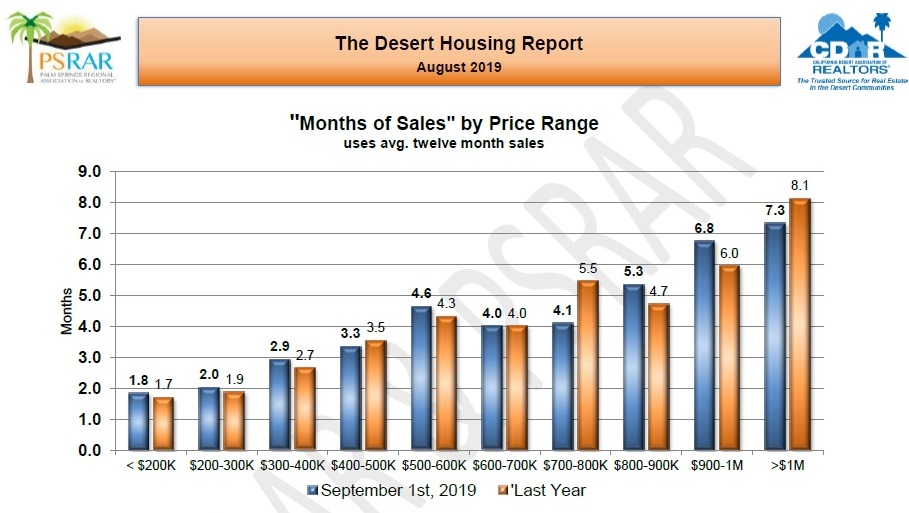 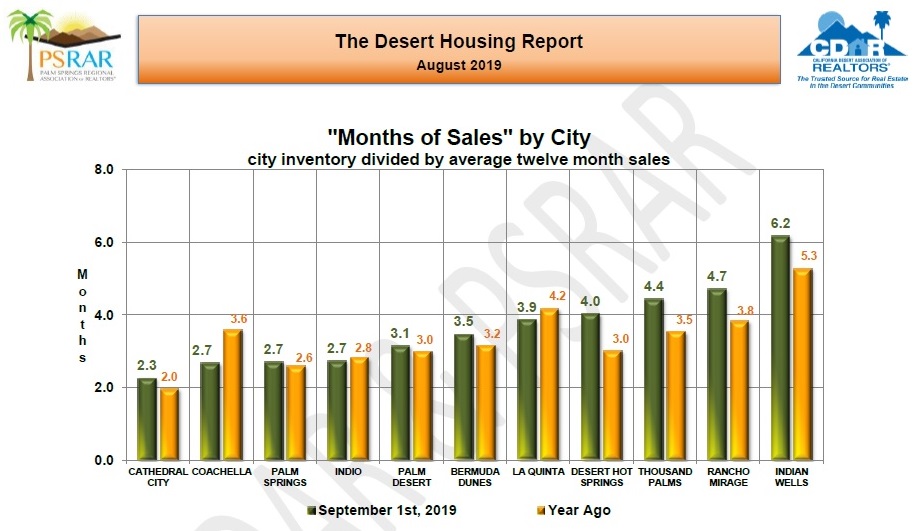 The month of sales ratio by city shows that all of the Coachella Valley’s cities have comparable ratios to last year, with the exception of Rancho Mirage and Indian Wells. Market Watch did point out that the higher ratios in these cities were still at acceptable levels. 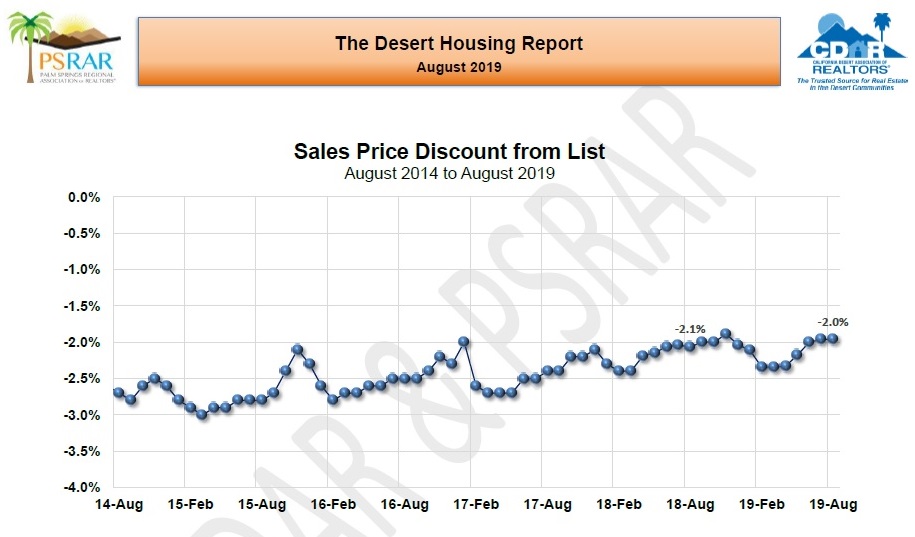