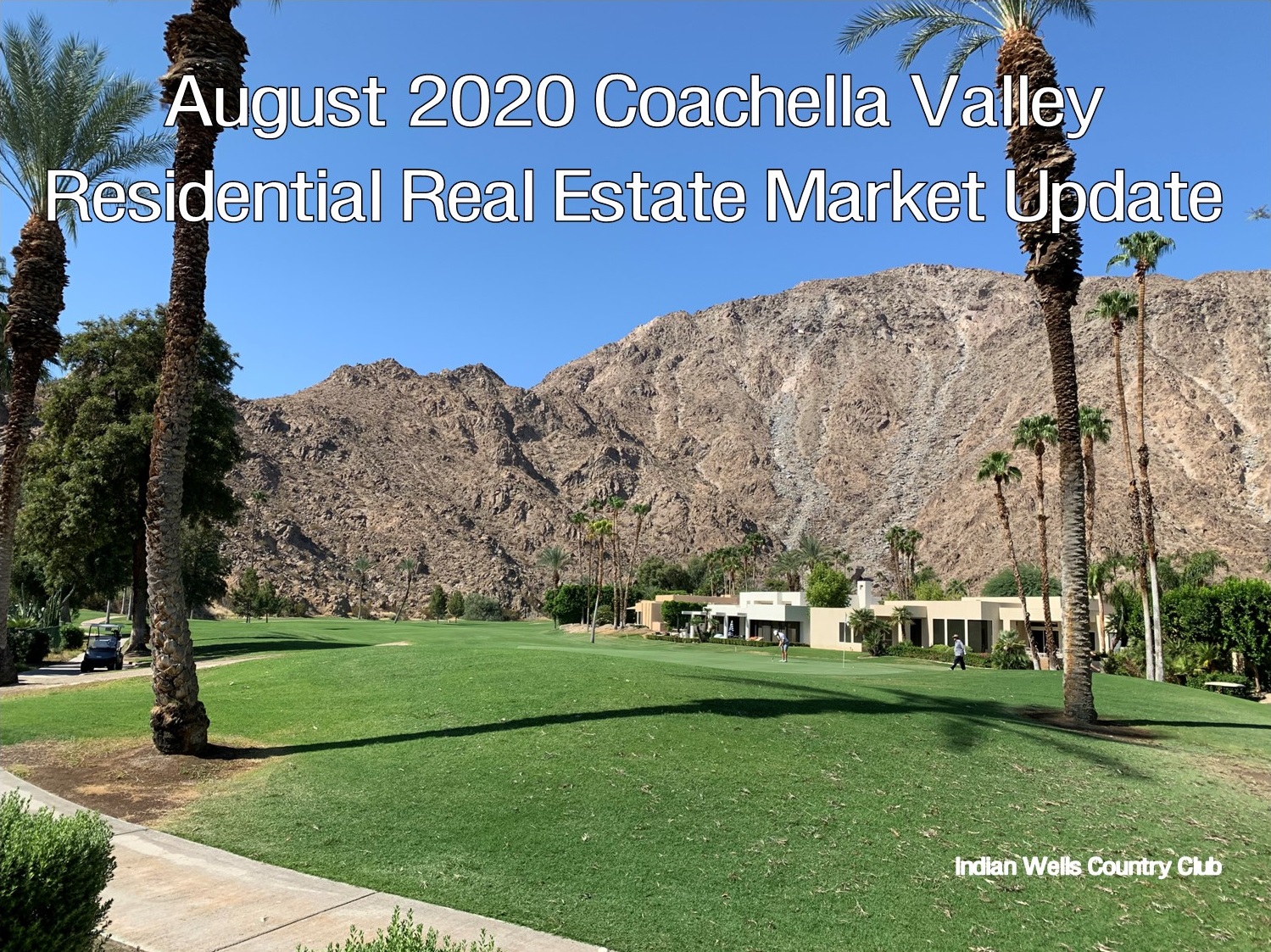 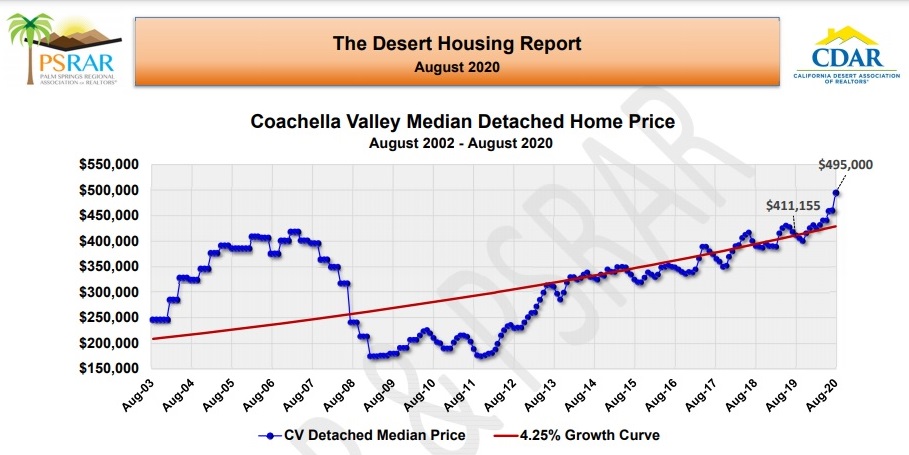 Market Watch noted that the combination of exceptionally low inventory and rising sales is having a profound effect on Coachella Valley home prices, especially prices of detached homes (or single family residences). At the end of August, the Coachella Valley detached home median price was $495,000 (an increase of 20% year-over-year). Market Watch explained that since the median value is a statistical calculation, not all of this gain came from price appreciation. In fact, they felt that 15% of the increase came from price gain and the other 5% of this increase came from the fact that this year's grouping of homes in August was 5% larger than last year. 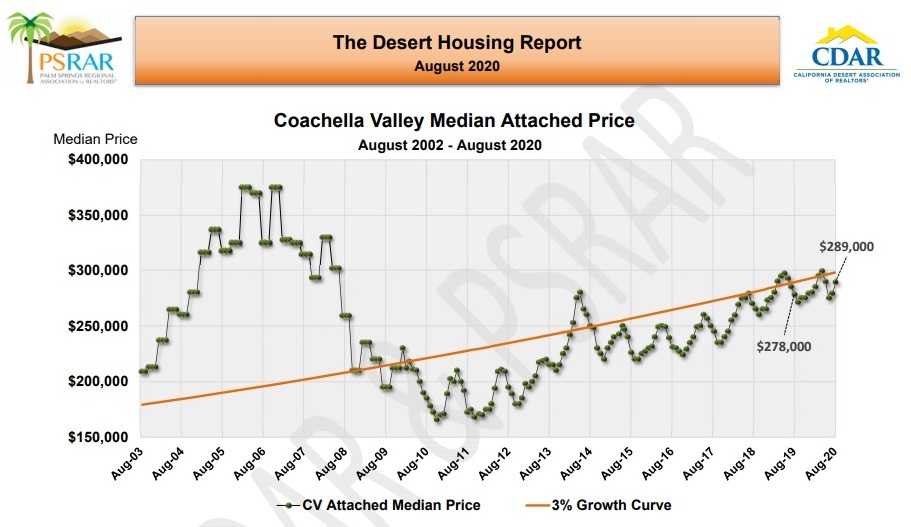 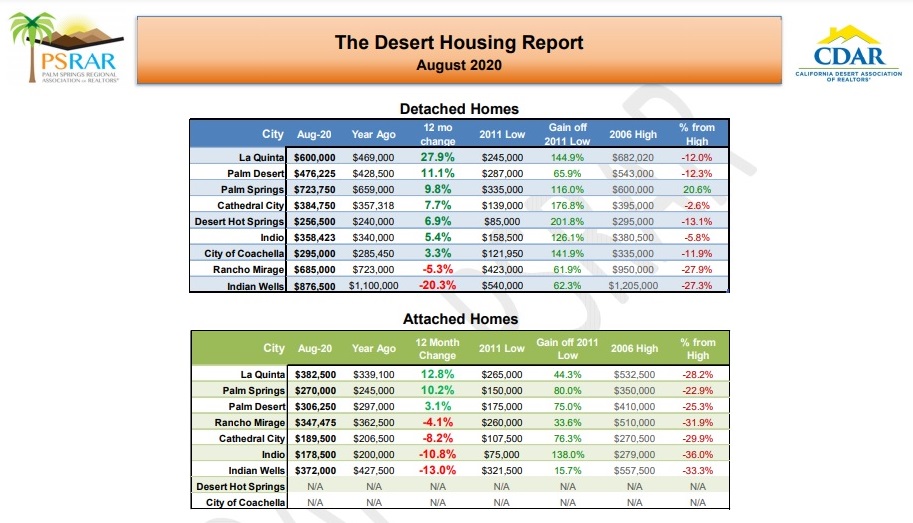 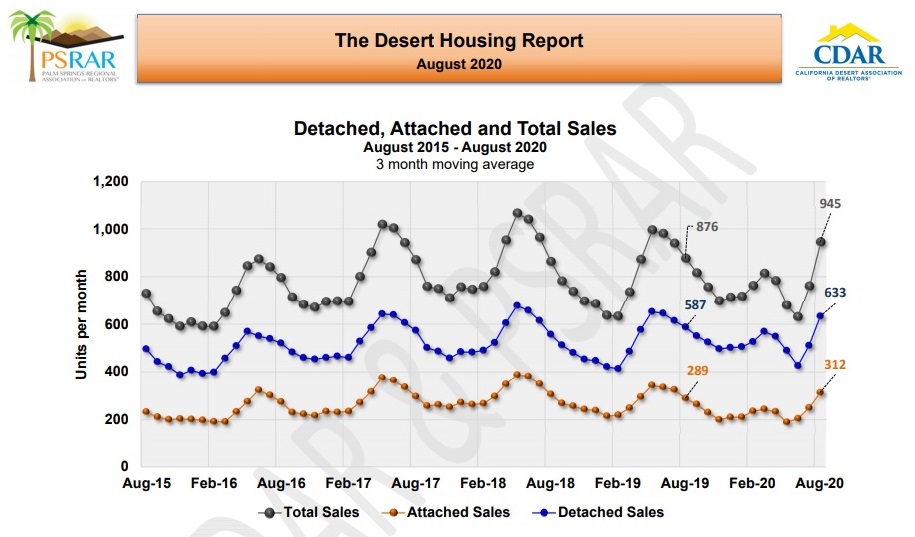 Market Watch expressed surprise by the increase in Coachella Valley home sales (increasing by 8% year-over-year for both detached and attached homes) after the expiration of the California stay at home order, since this is normally the slow period of the year. 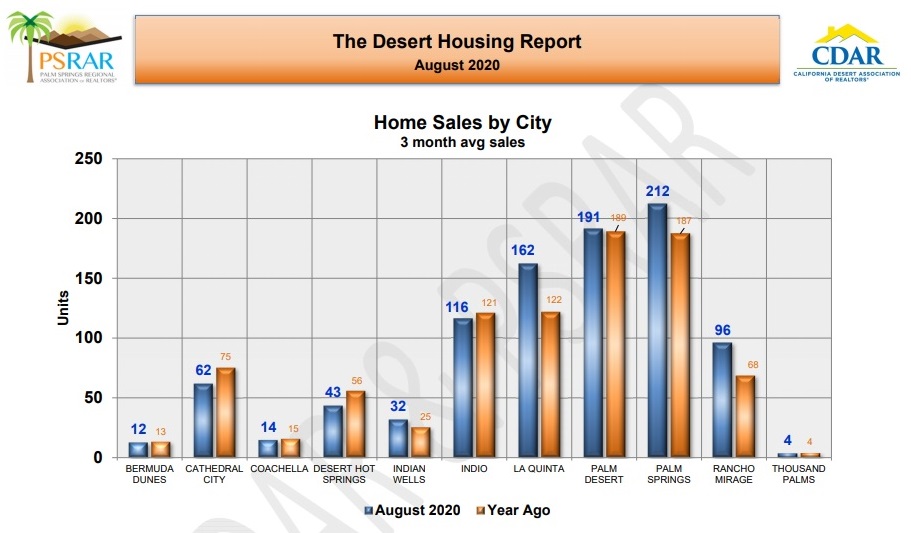 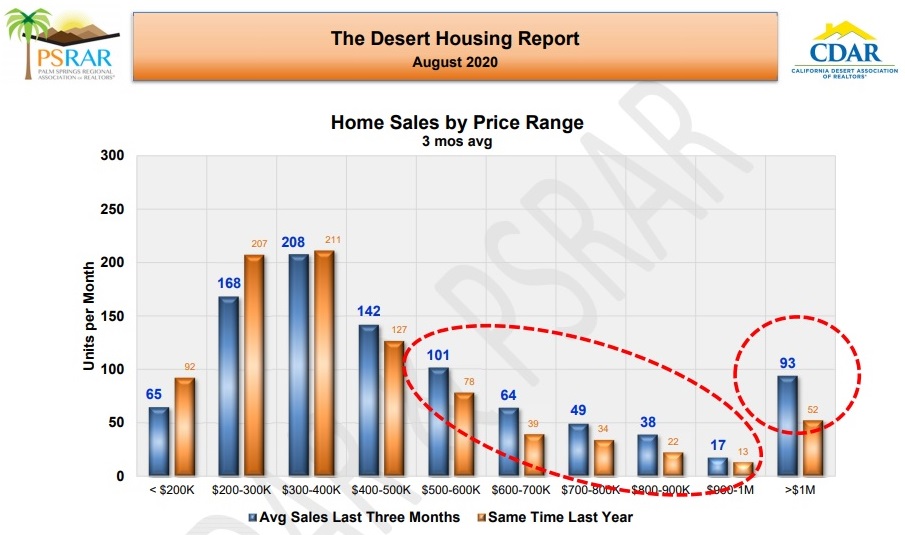 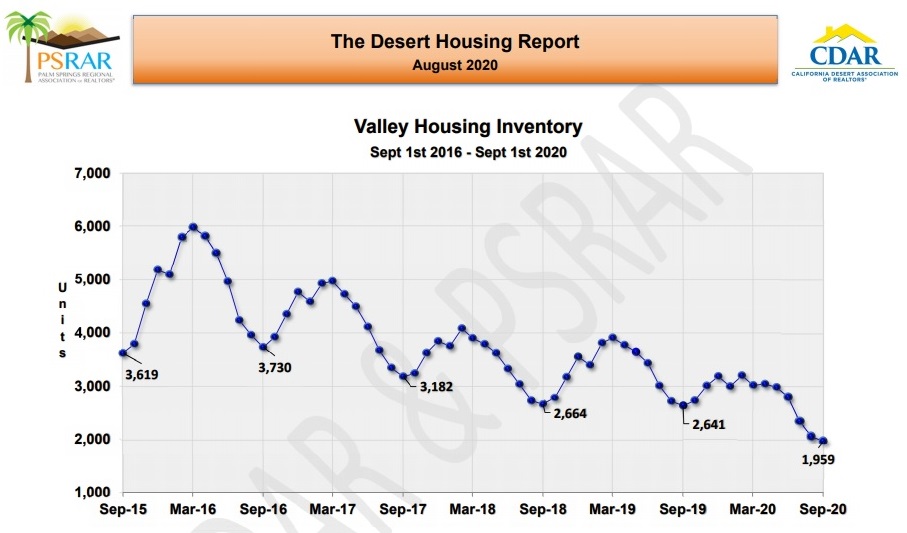 Coachella Valley housing inventory reached a new historic low on September 1st, with 1,959 homes for sale (compared with 2,641 homes for sale on September 1st, 2019). Market Watch stated that this low inventory level was one factor that’s been driving home prices higher and creating bidding wars (with the other factor being surging sales). Together, this has created an over balancing of demand above supply that is creating the upward trend in home prices. 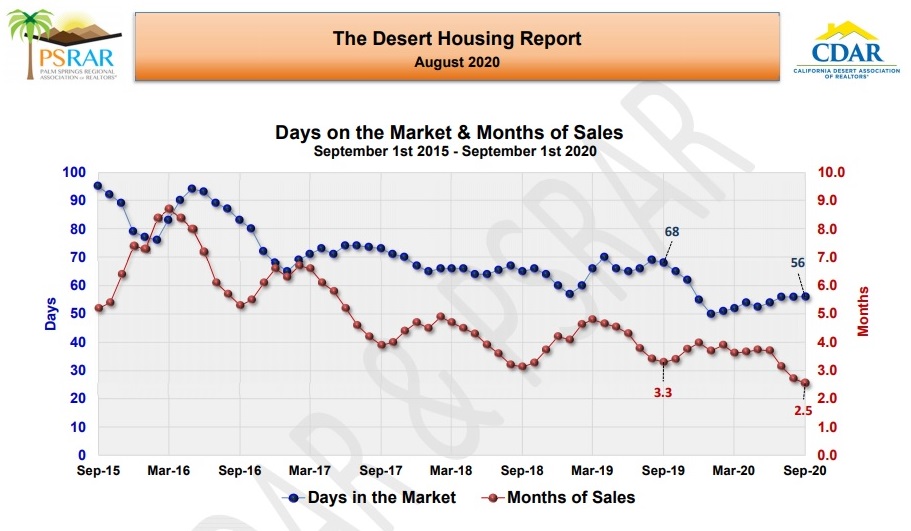 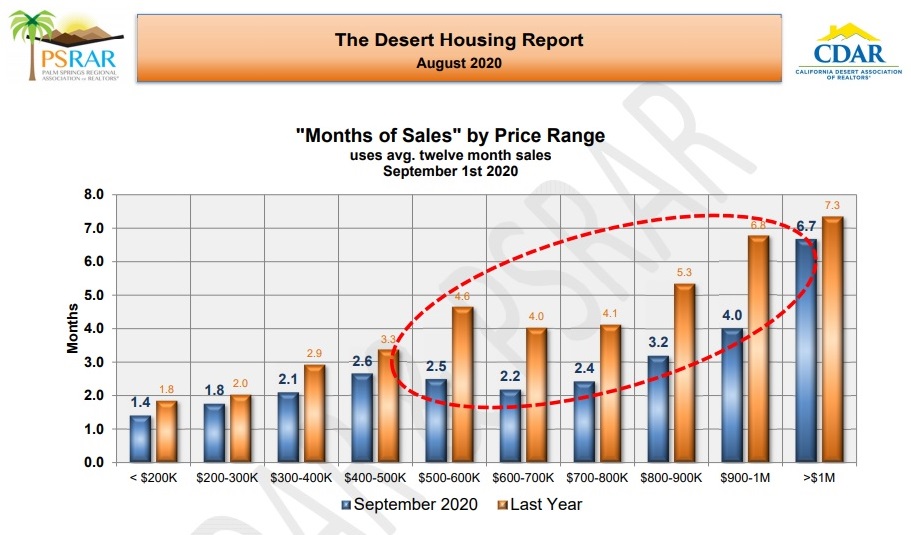 Year-over-year, the months of sales ratio was lower in every price range, but was particularly lower for those homes priced between $500,000 and $1 million. Market Watch noted that the months of sales ratio was under three months in every price bracket up to $800,000 and in the $800,000 to $900,000 price range was only 3.2 months. They felt that this showed that the strength in the Coachella Valley’s housing market was broad-based in all price categories. 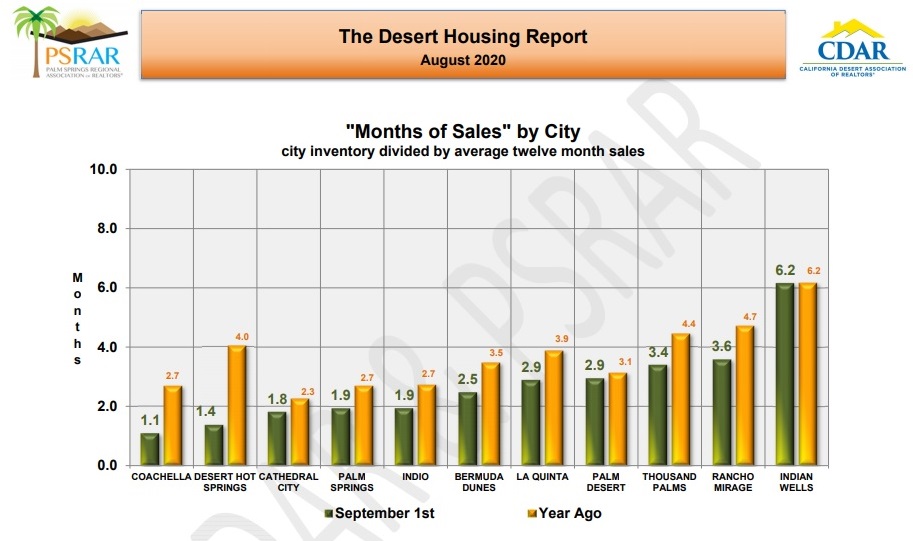 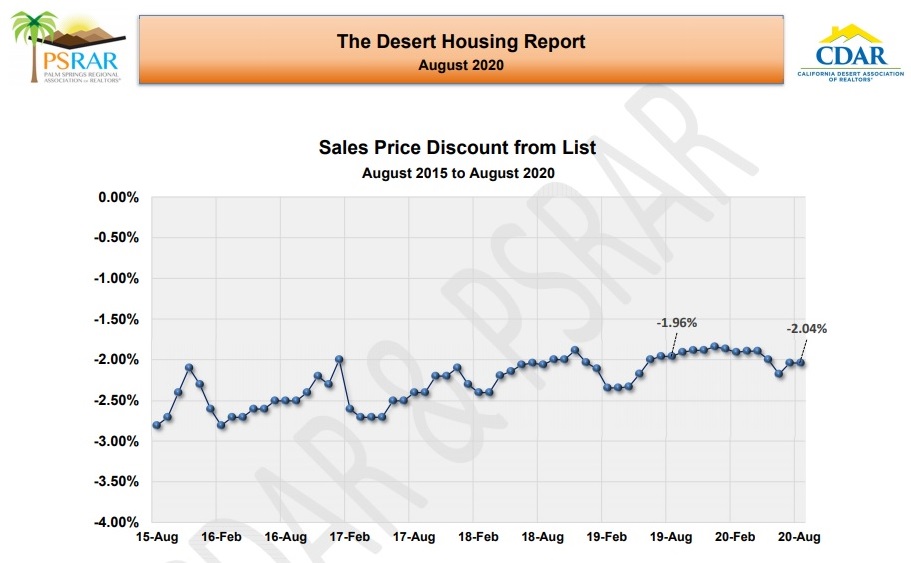