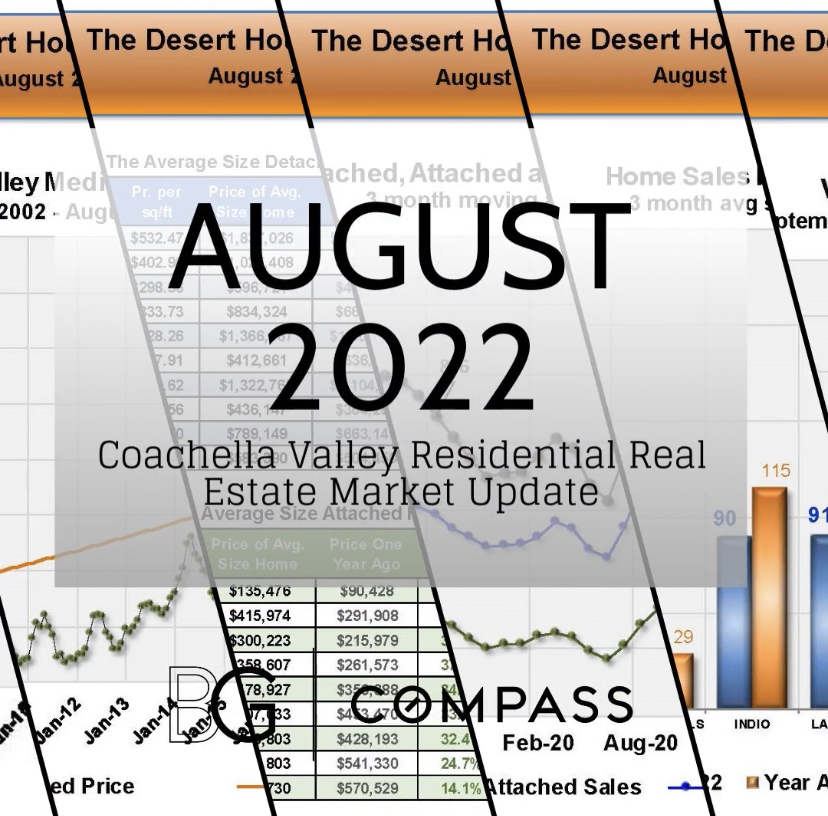 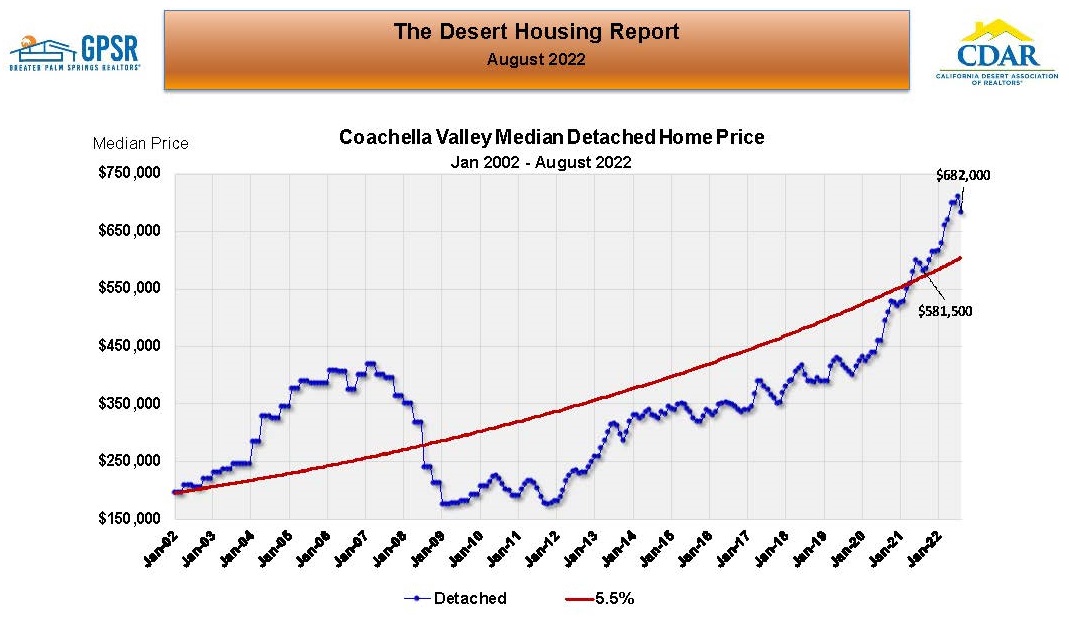 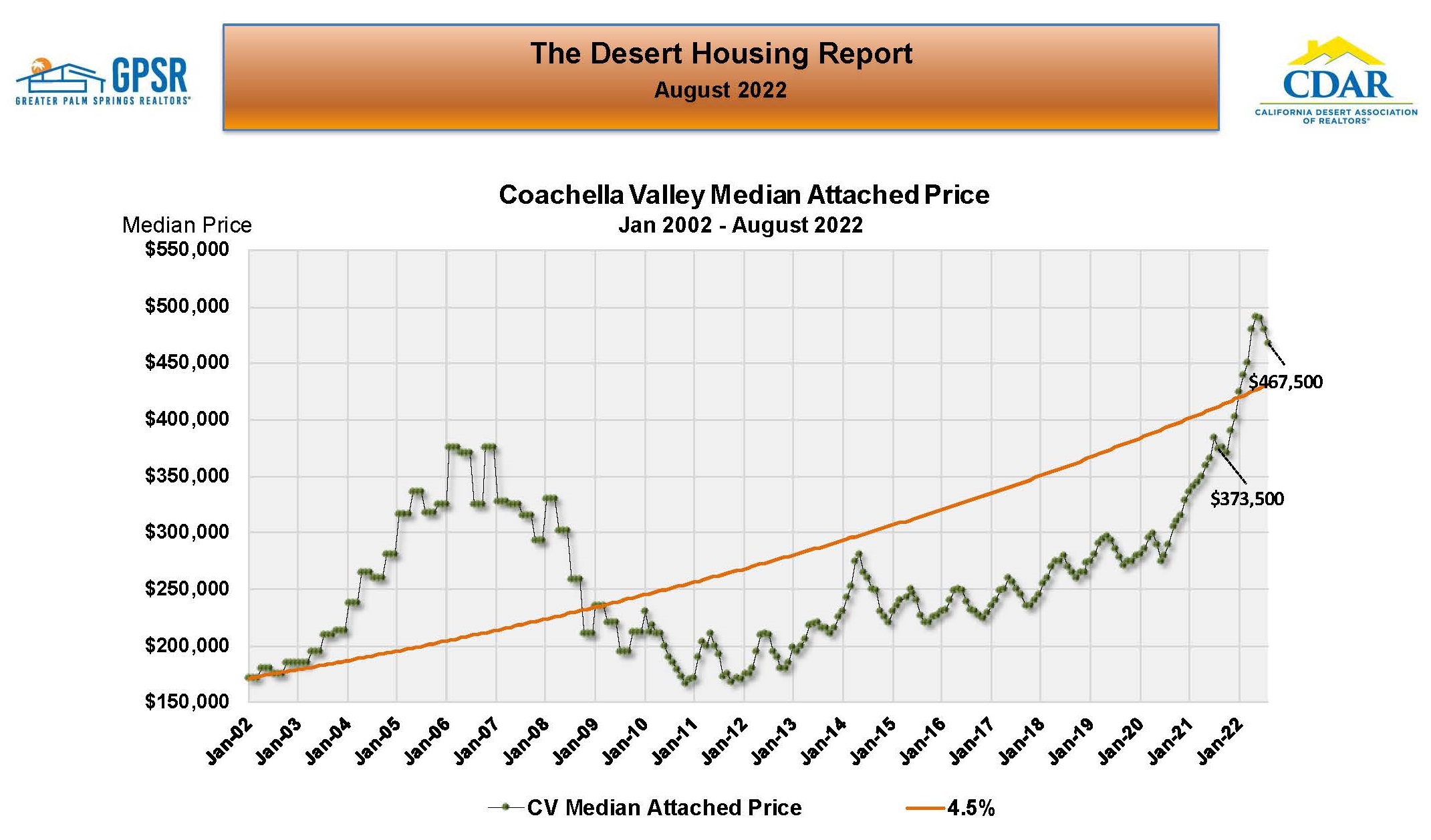 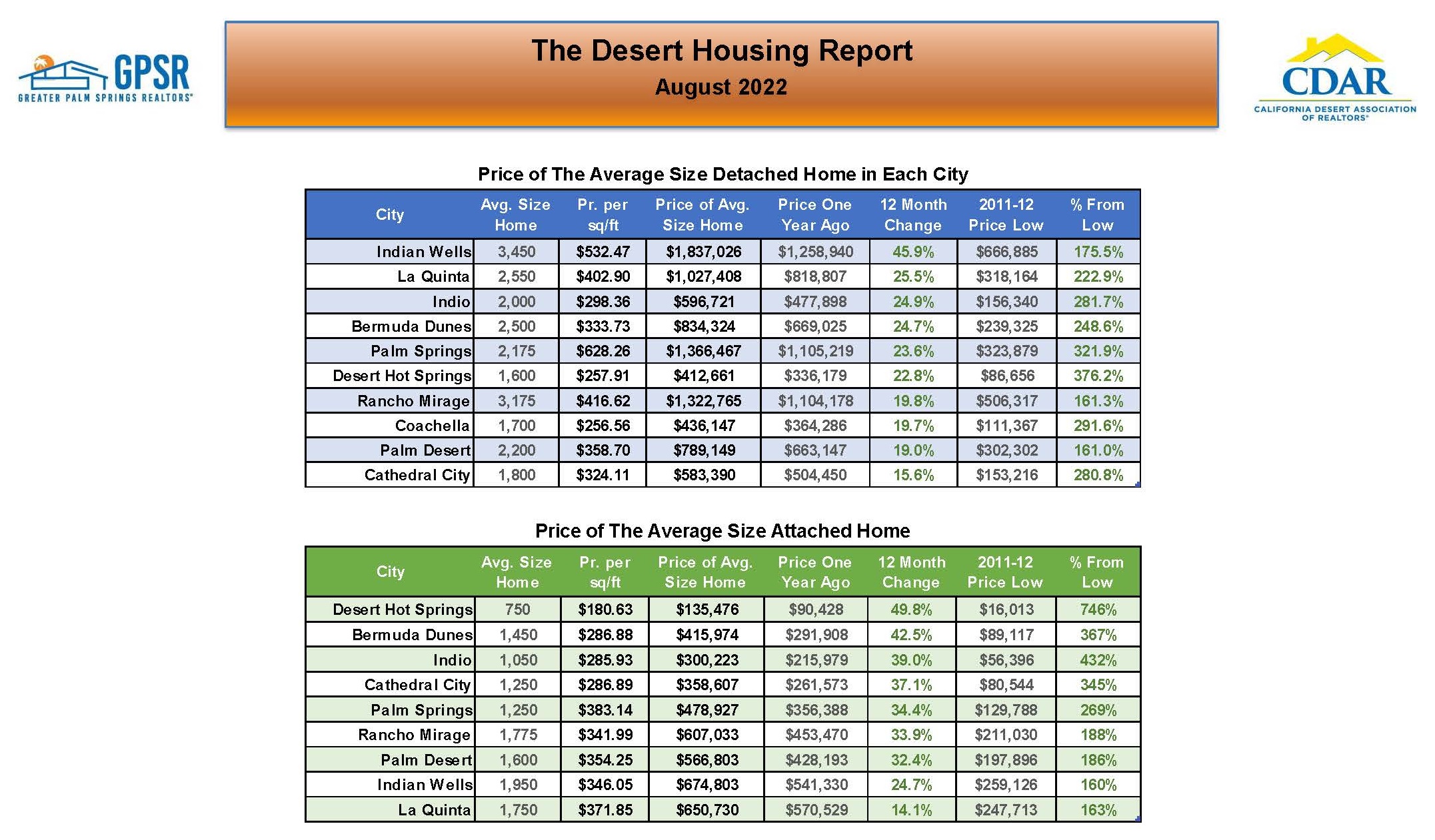 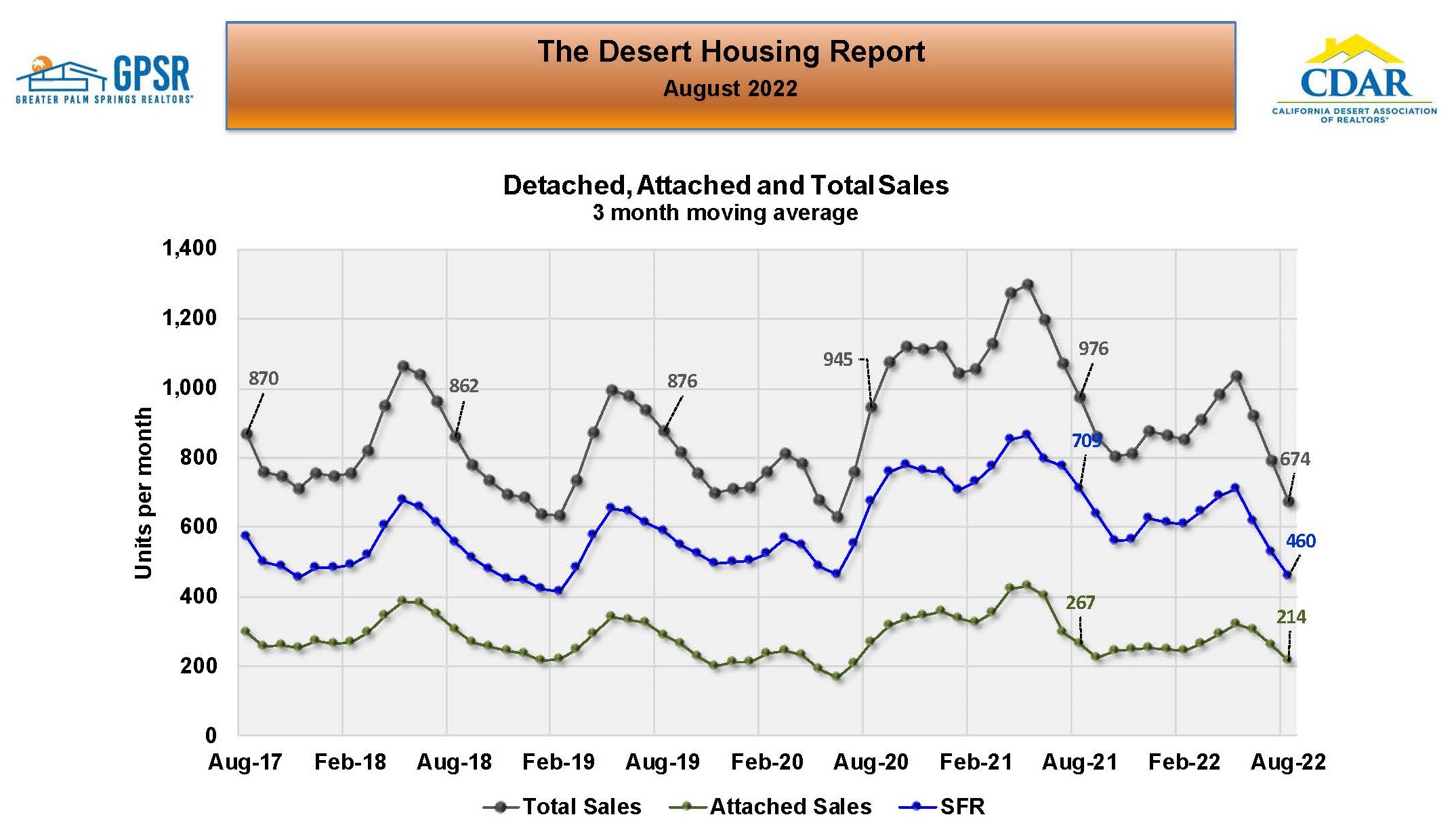 MONTHLY COACHELLA VALLEY HOME SALES (THREE MONTH MOVING AVERAGE): Market Watch noted that home sales in the Coachella Valley have been falling dramatically, with the three-month average of sales in August at 674 homes per month. This is down 30.9% year-over-year from sales of 976 homes per month in August 2021 and down 23% from pre-pandemic August average monthly sales of around 875 homes. Market Watch noted that these are the lowest average home sales numbers since the housing crash 15 years ago. 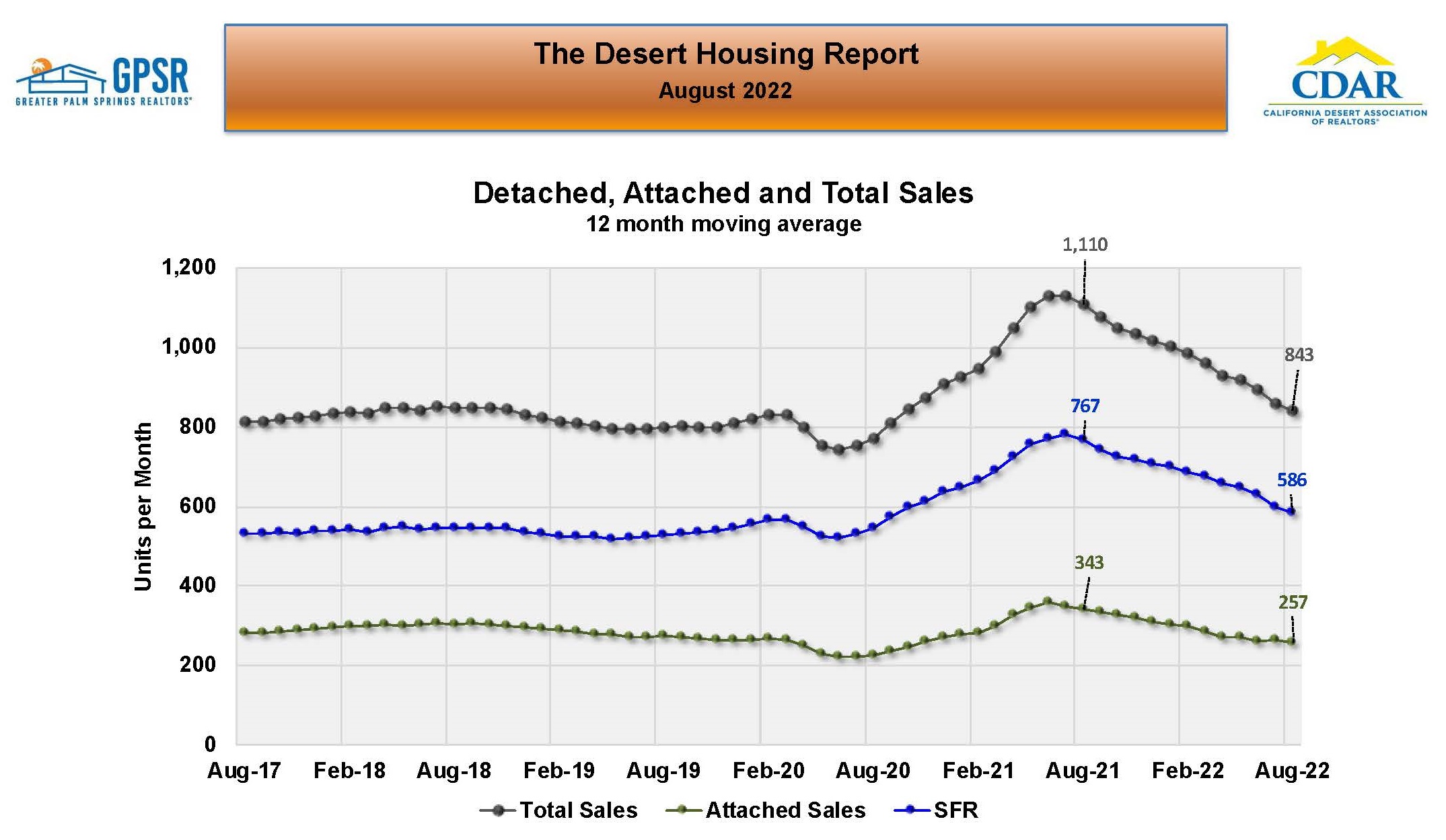 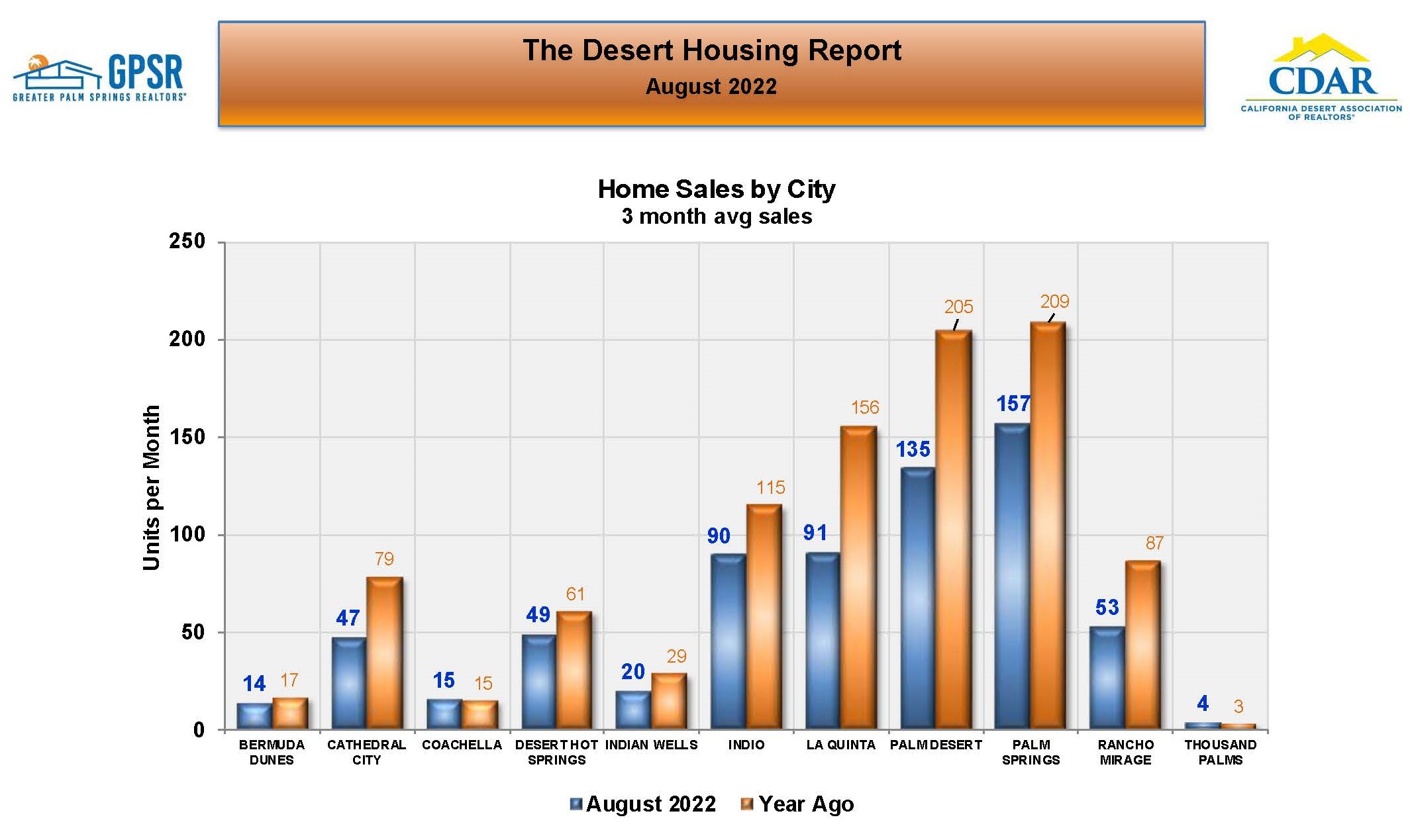 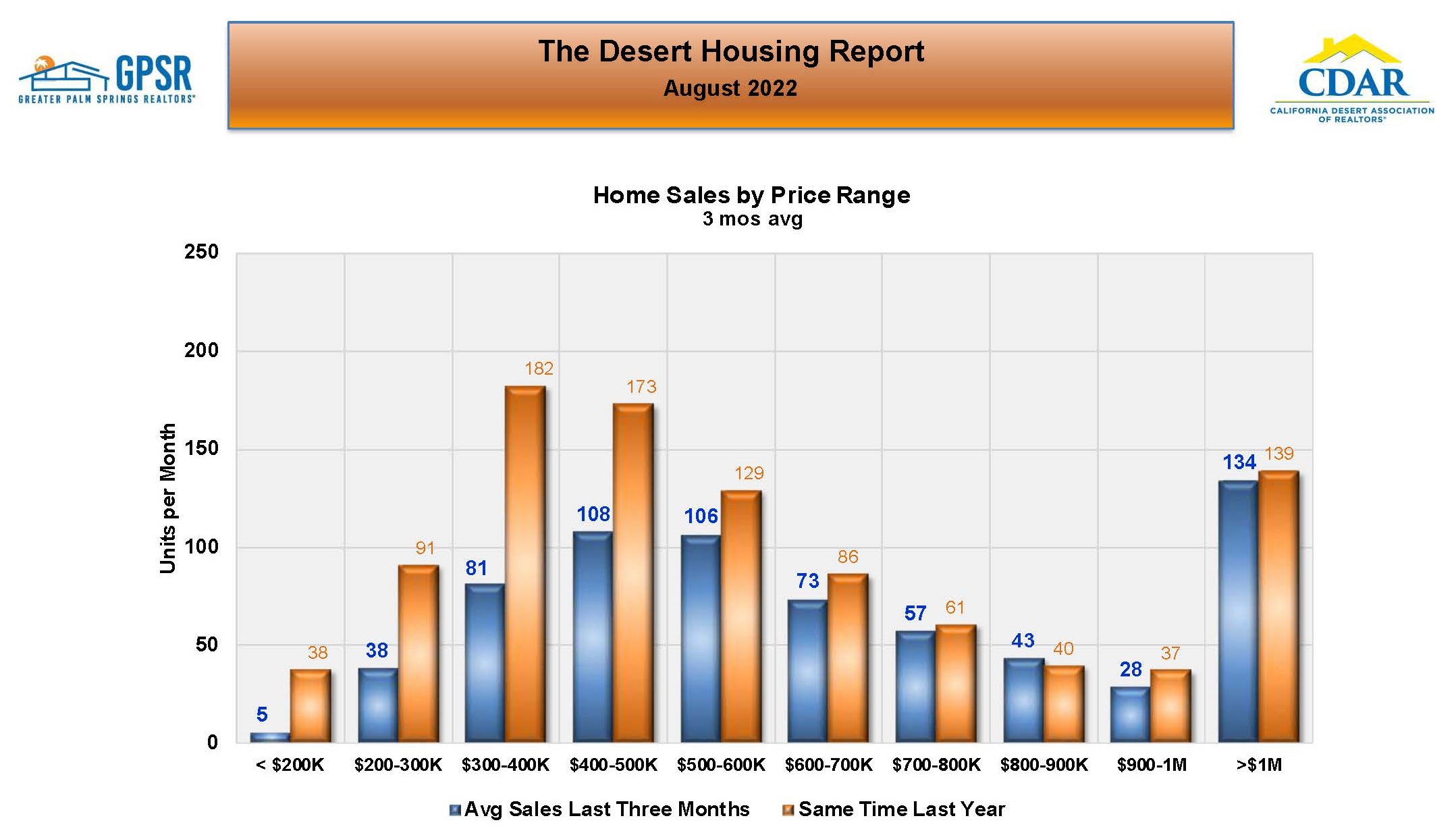 COACHELLA VALLEY HOME SALES BY PRICE RANGE: The Coachella Valley year-over-year decline in home sales of 30.9% was not evenly distributed by price range. August home sales were lower in every price range other than $800,000 to $900,000. Market Watch noted that there were only five sales of detached and attached homes priced under $200,000 (compared to 38 in August 2021). 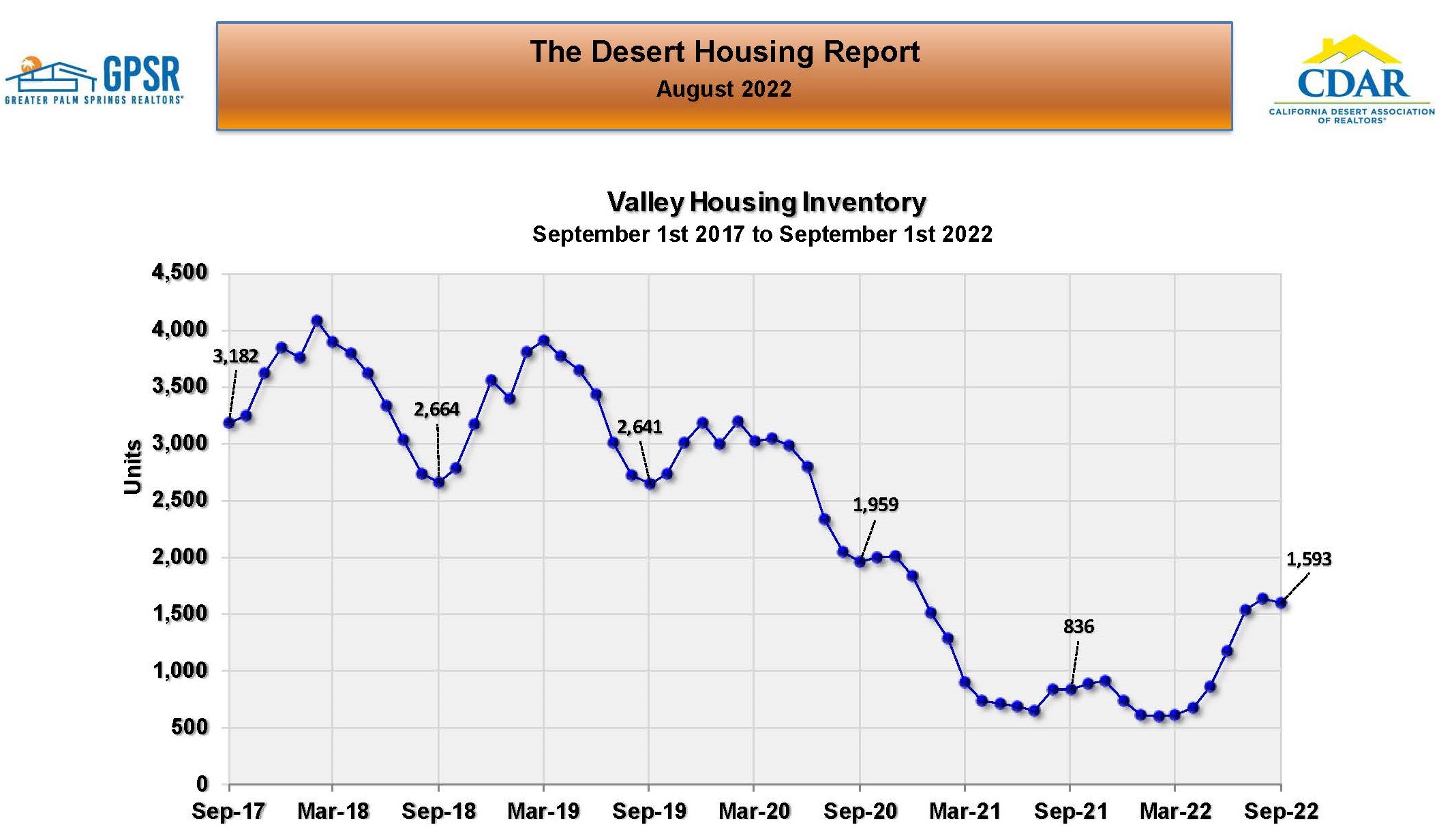 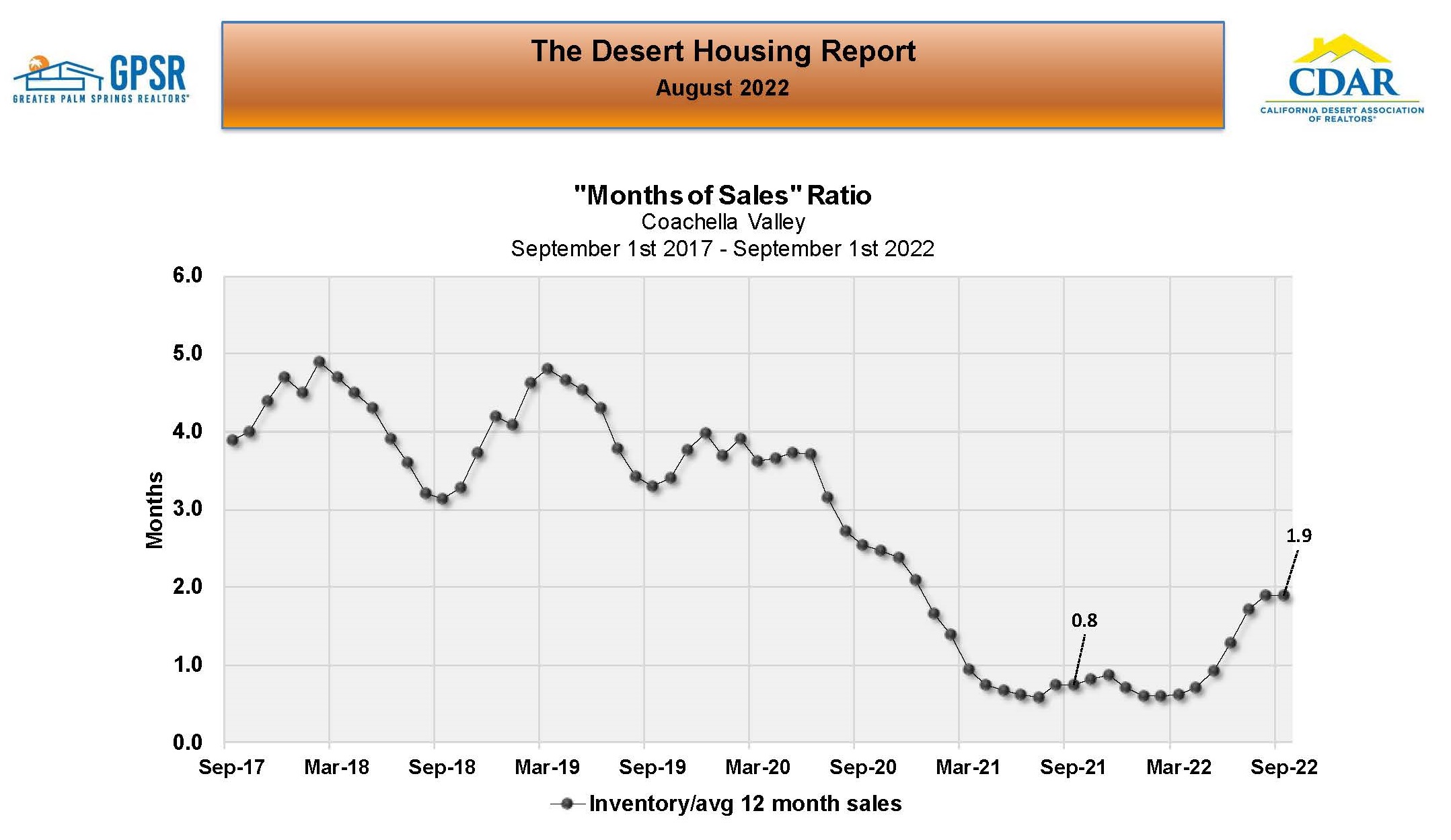 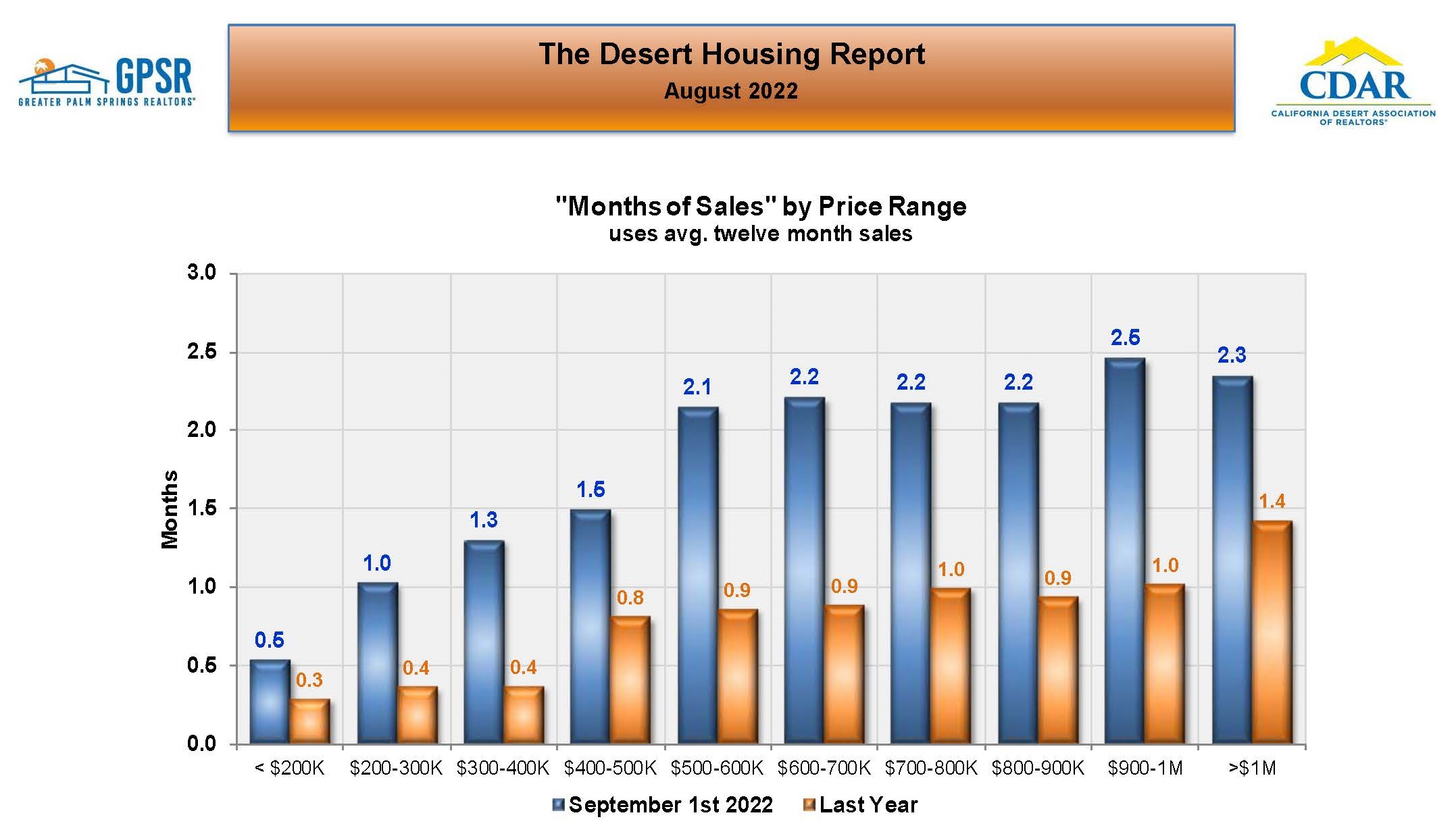 COACHELLA VALLEY MONTHS OF SALES RATIO BY PRICE RANGE: Months of sales ratios were considerably higher than one year ago in every price range, indicating that the recovery in inventory was occurring across all price ranges. 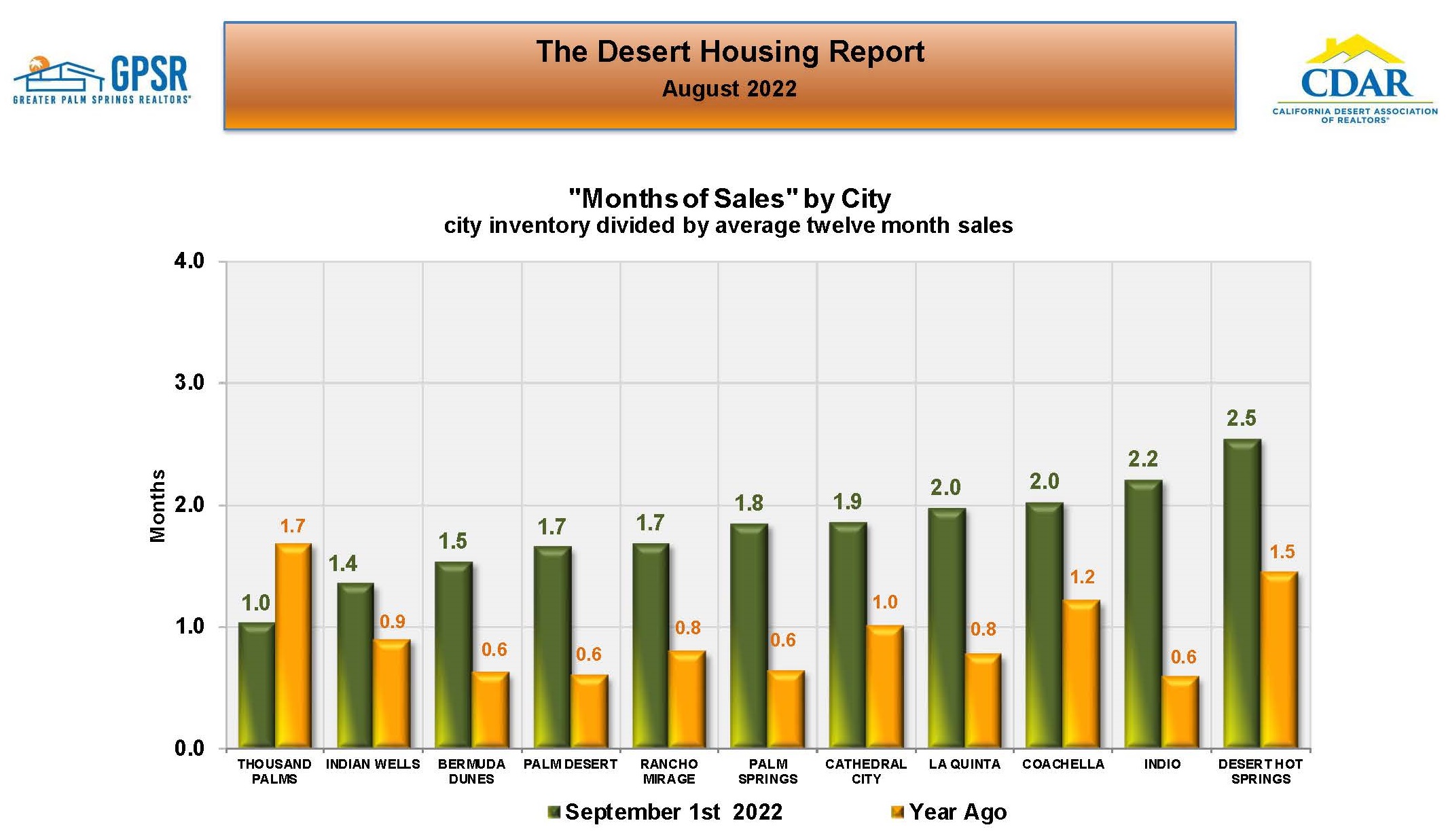 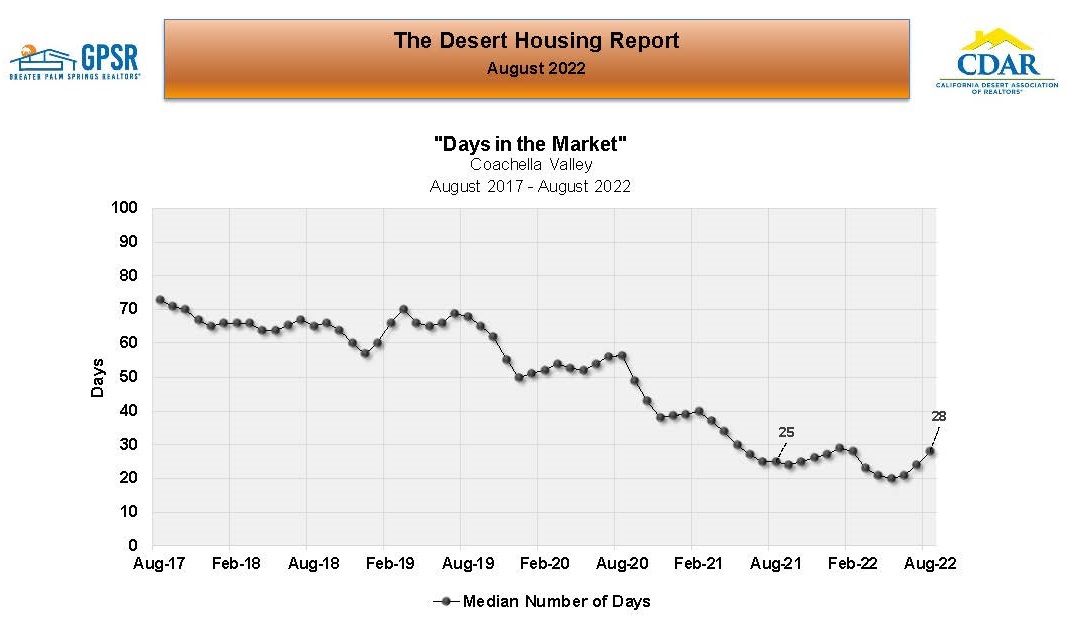 COACHELLA VALLEY REGIONAL DAYS IN THE MARKET: Market Watch stated that as the real estate market has been moving away from a seller's market, the average selling times for homes have been increasing. At the end of August, the median number of days in the market for the entire Coachella Valley was 28 days (three days more than at the end of August 2021). Further, they expect the days in market to rapidly increase back to 50 or 60 days, which is normal for the Coachella Valley. 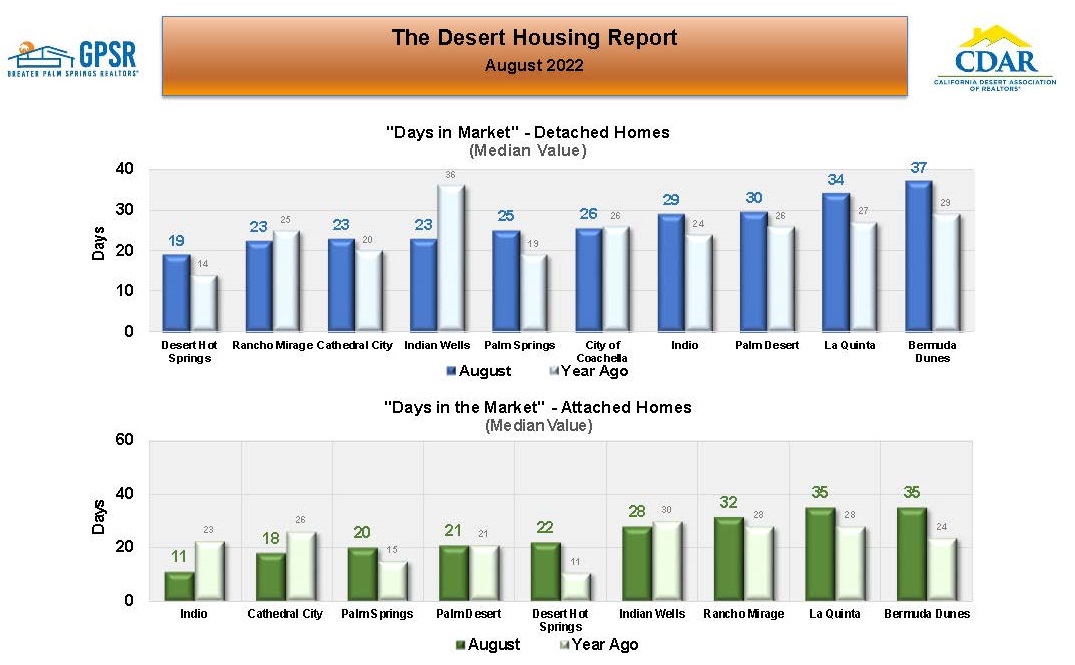 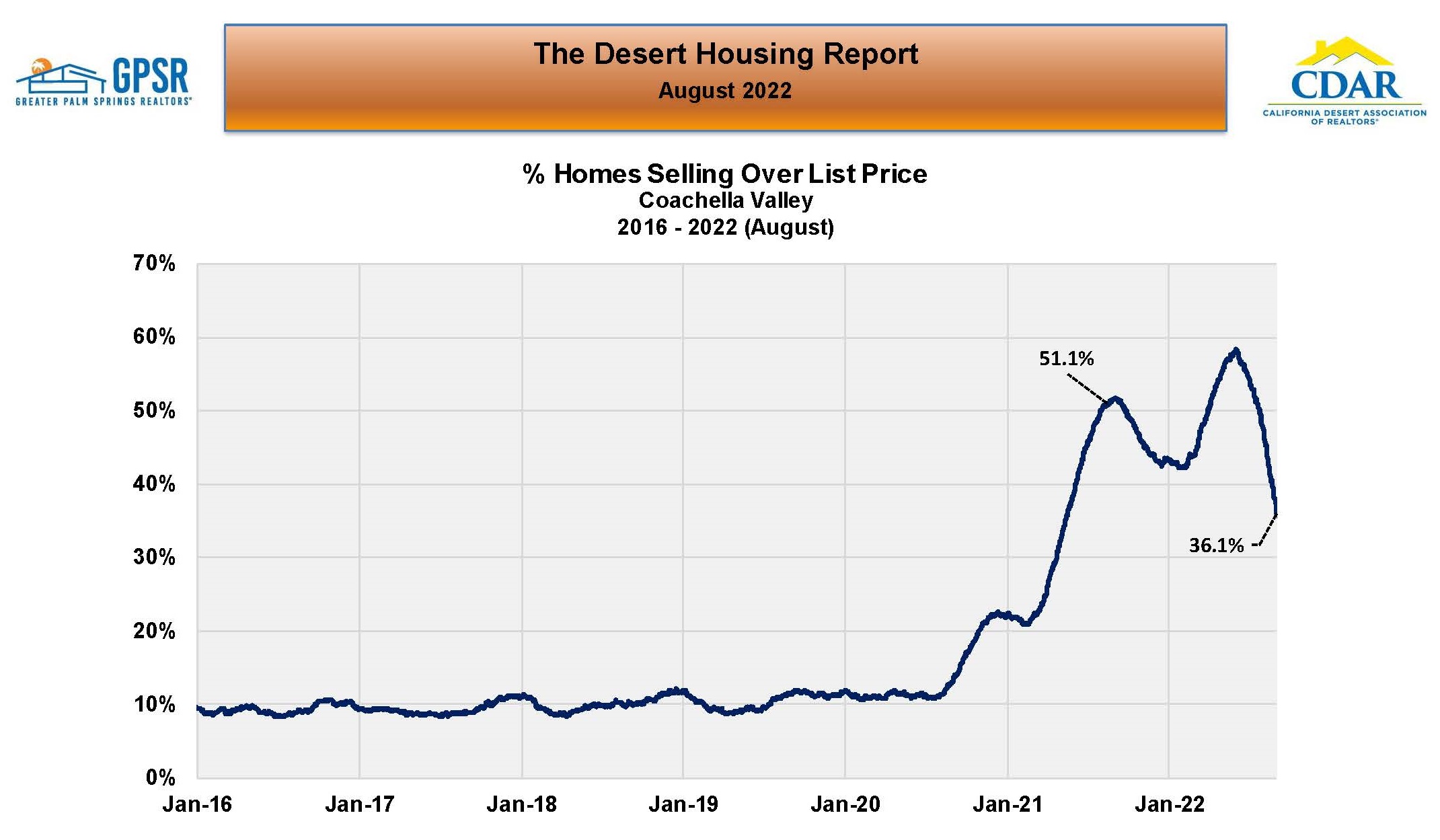 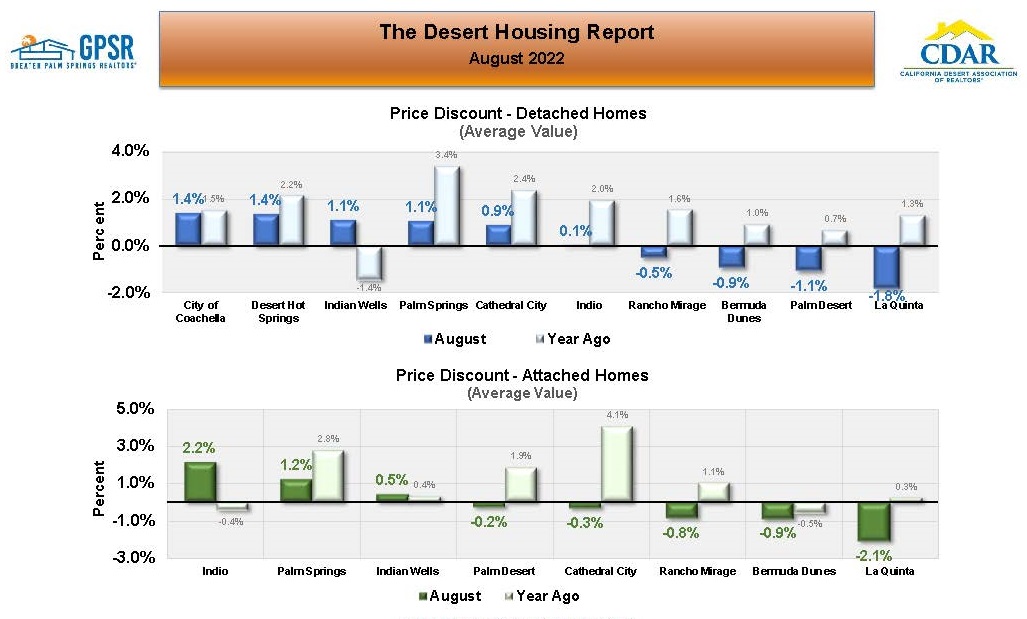