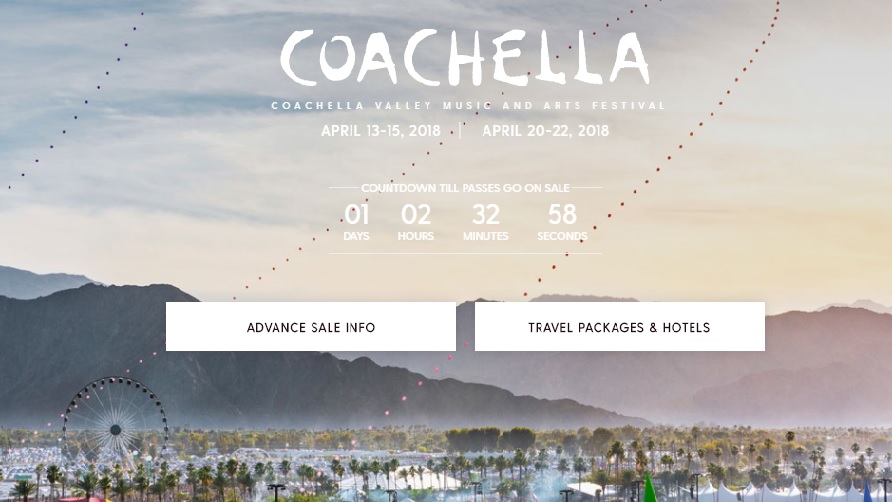 Goldenvoice, the promoter behind the Coachella and Stagecoach Country Music Festivals, has announced the dates for Coachella 2018; Weekend 1 - April 13 to 15, 2018 and Weekend 2- April 20 to 22, 2018. In addition, they announced that Coachella 2018 advance passes go on sale Friday June 2, 2017 at 11:00 am PDT, while supplies last. While the lineup usually isn’t announced until January, the festival organizers did previously confirm that Beyoncé, who was scheduled to perform at Coachella 2017 but had to cancel on the advice of her doctors, will be back in 2018. According to the official website, the advance sale is the only time to take advantage of Goldenvoice’s Coachella payment plan. The next time tickets will be on sale again is the official ticket sale this fall.

For more information and to confirm information, dates and times, please visit: http://www.coachella.com