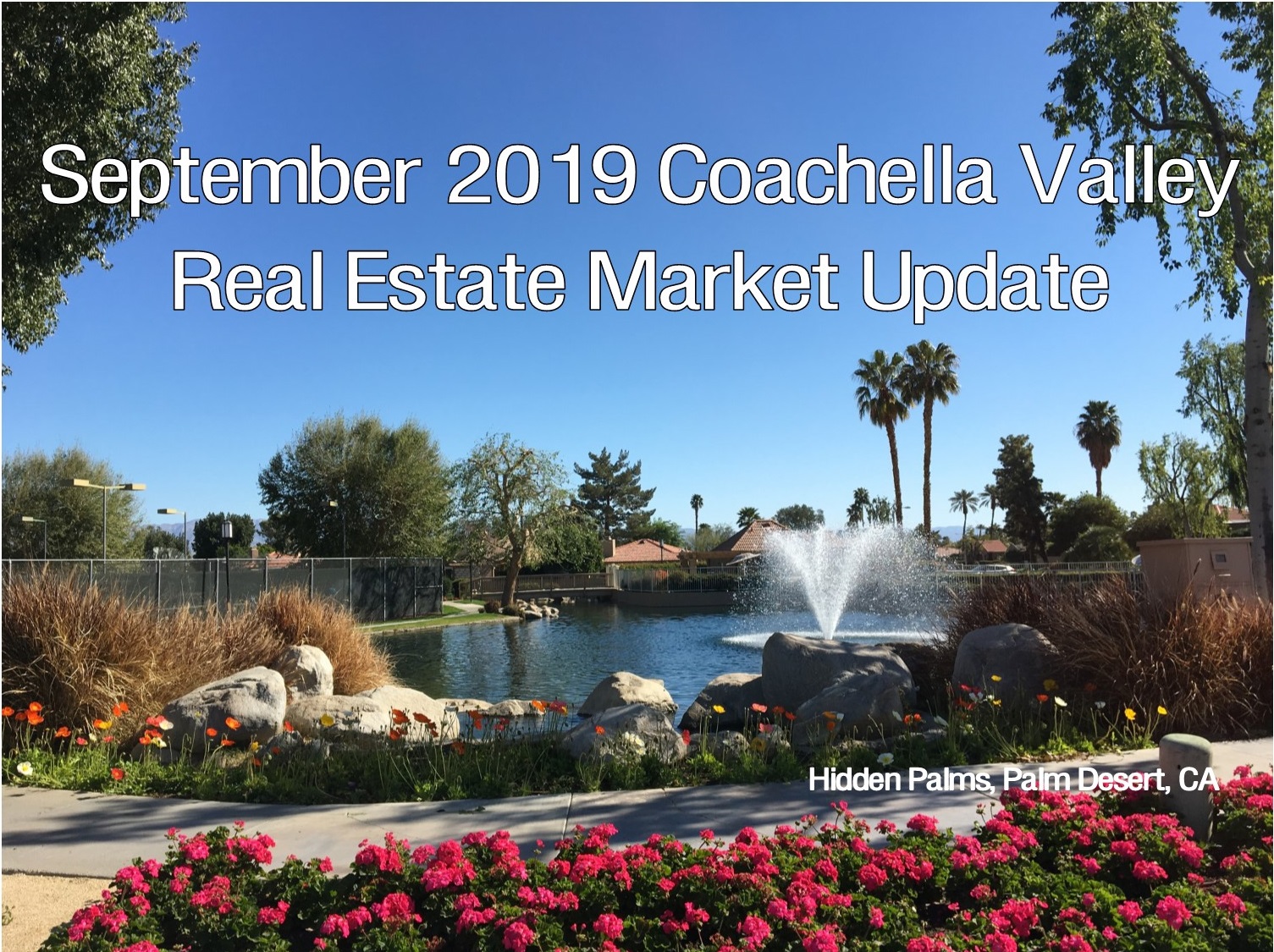 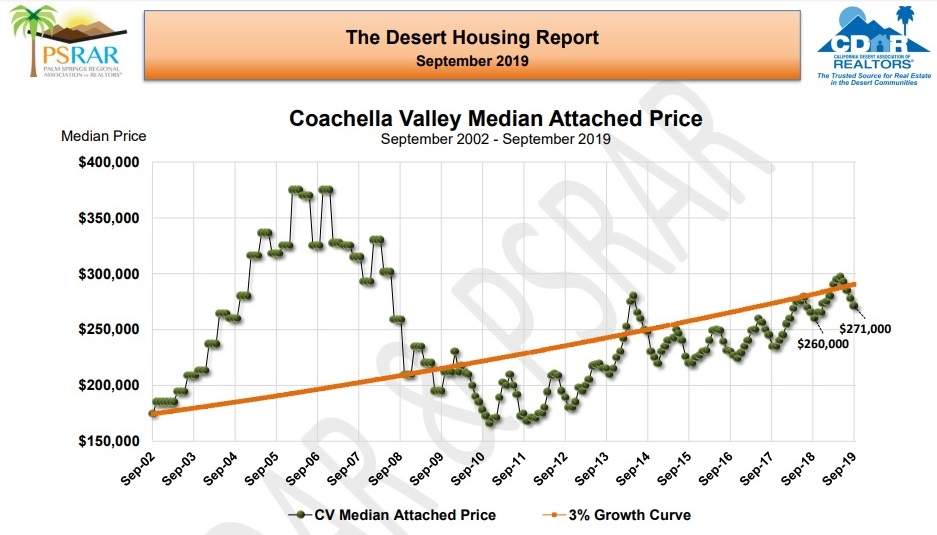 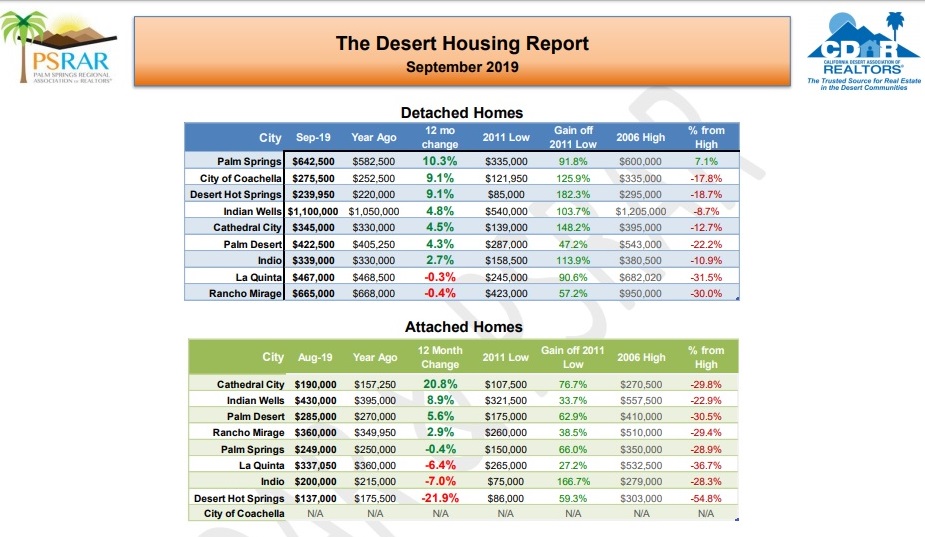 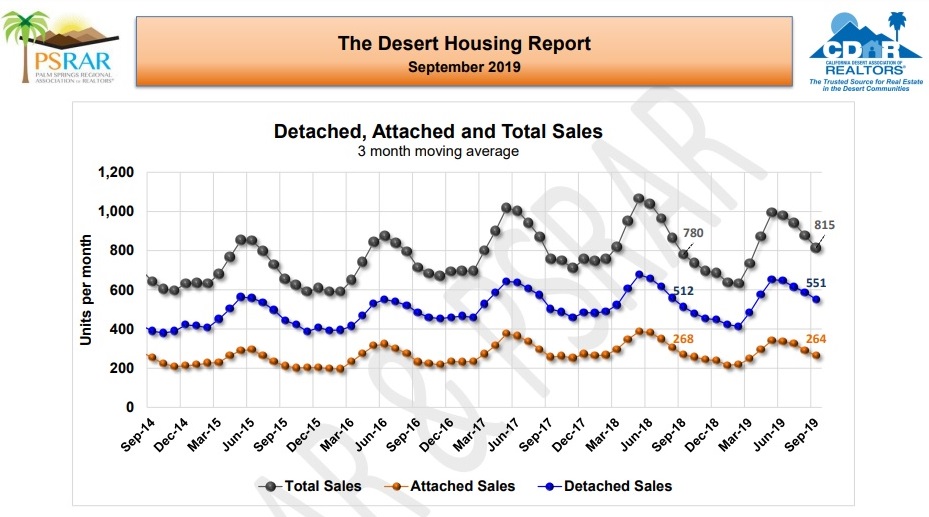 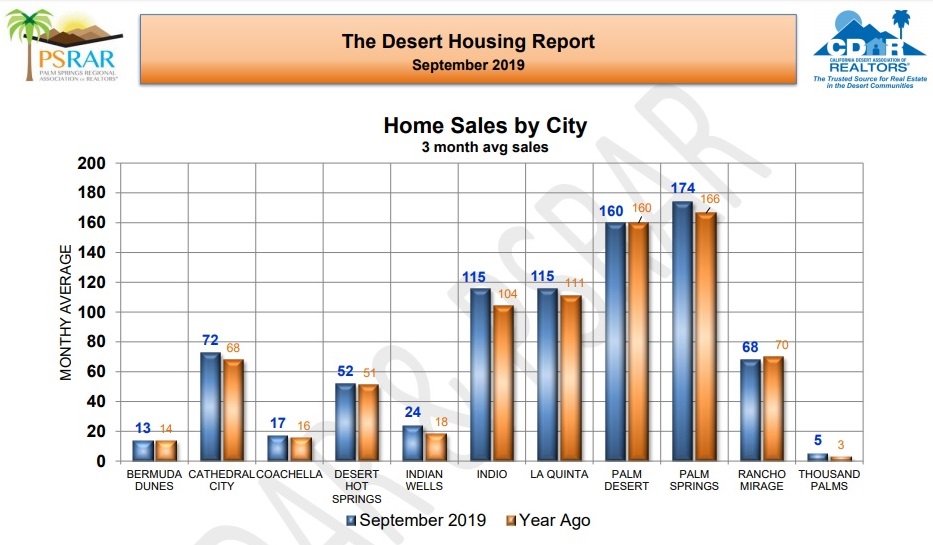 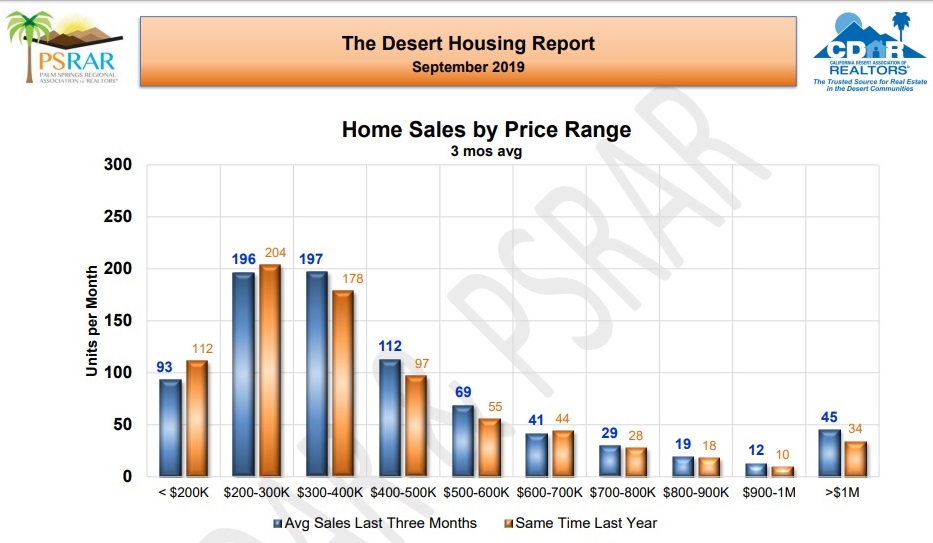 Looking at home sales by price range, Market Watch noted that the largest area of increase was in homes priced over $700,000. Home sales in all the other price ranges were in close alignment with home sales one year ago. 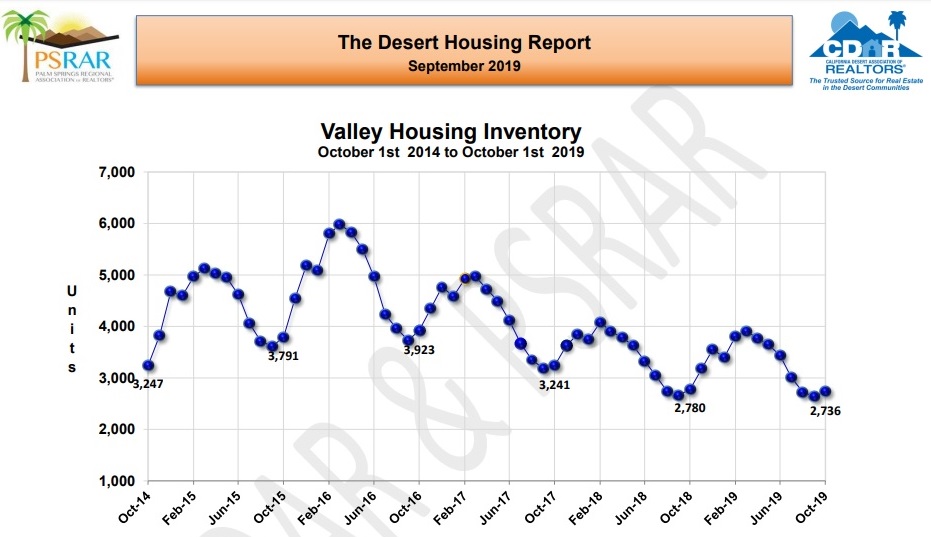 Coachella Valley housing inventory continues to remain historically very low, with 2,736 units for sale on October 1 (the lowest October 1 inventory level in the last 10 years). Market Watch noted that while low inventory makes it difficult for buyers to find homes, it is also a very positive indicator for higher home prices. 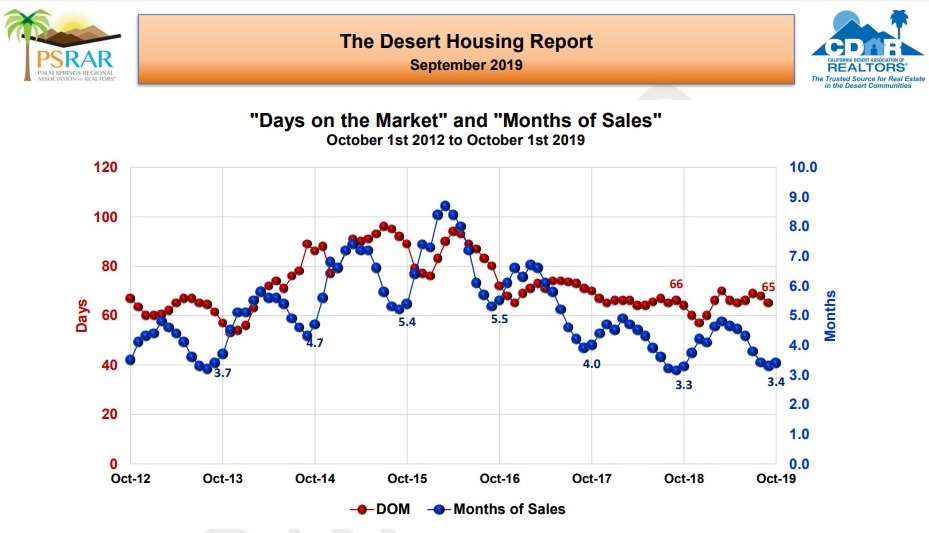 On October 1, the months of sales ratio (inventory divided by the sales rate) was 3.4 months. Market Watch noted that this latest ratio is almost exactly equal to the ratio on October 1, 2018 and that both of these months of sales ratios are the lowest ratios in the last ten years. The median number of days on the market for the region is 65 days, which is effectively equal to last year's number of 66 days. 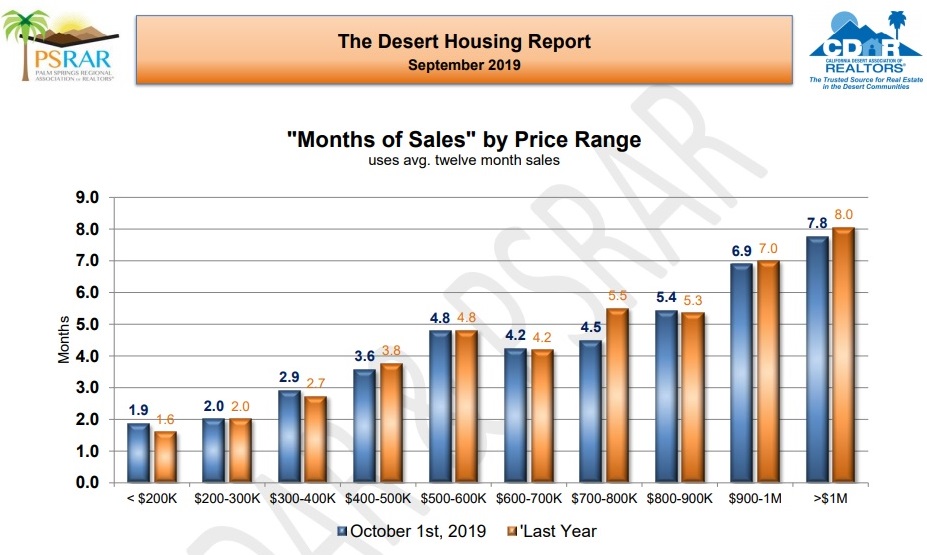 At the current sales rate, the months of sales ratio for homes priced under $200,000 was 1.9 months, while the ratio for homes priced at million dollars or more was 7.8 months. Market Watch noted that between those extremes there was a normal increase in months of sales ratios with price, showing that the Coachella Valley housing market is in good condition through all price ranges. 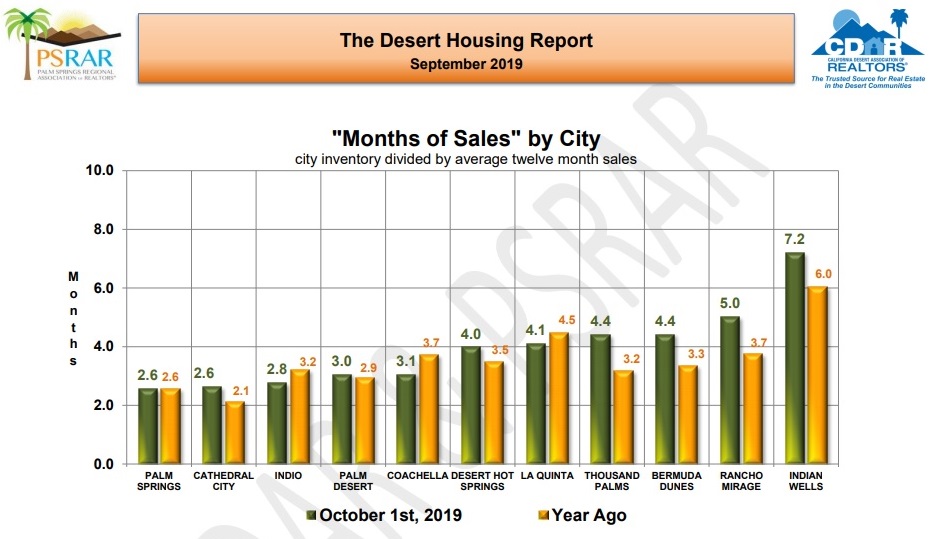 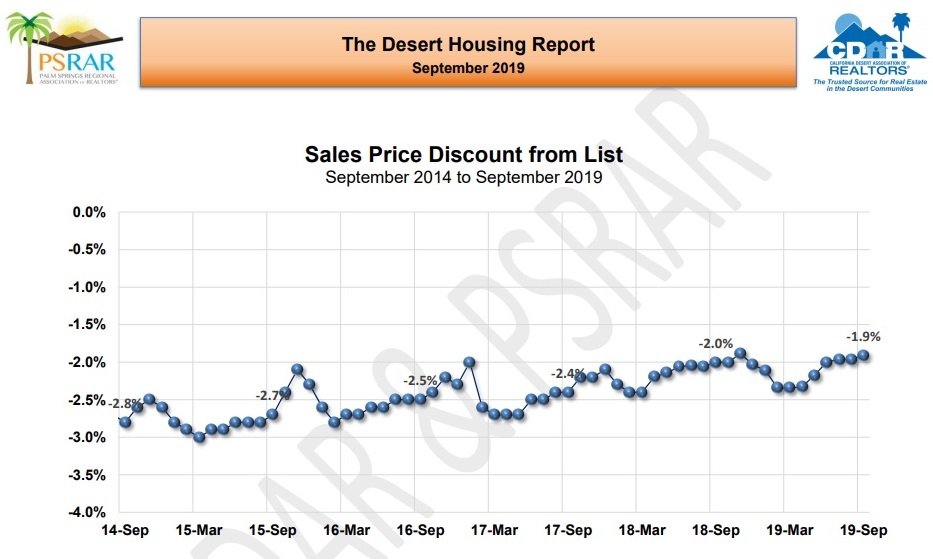