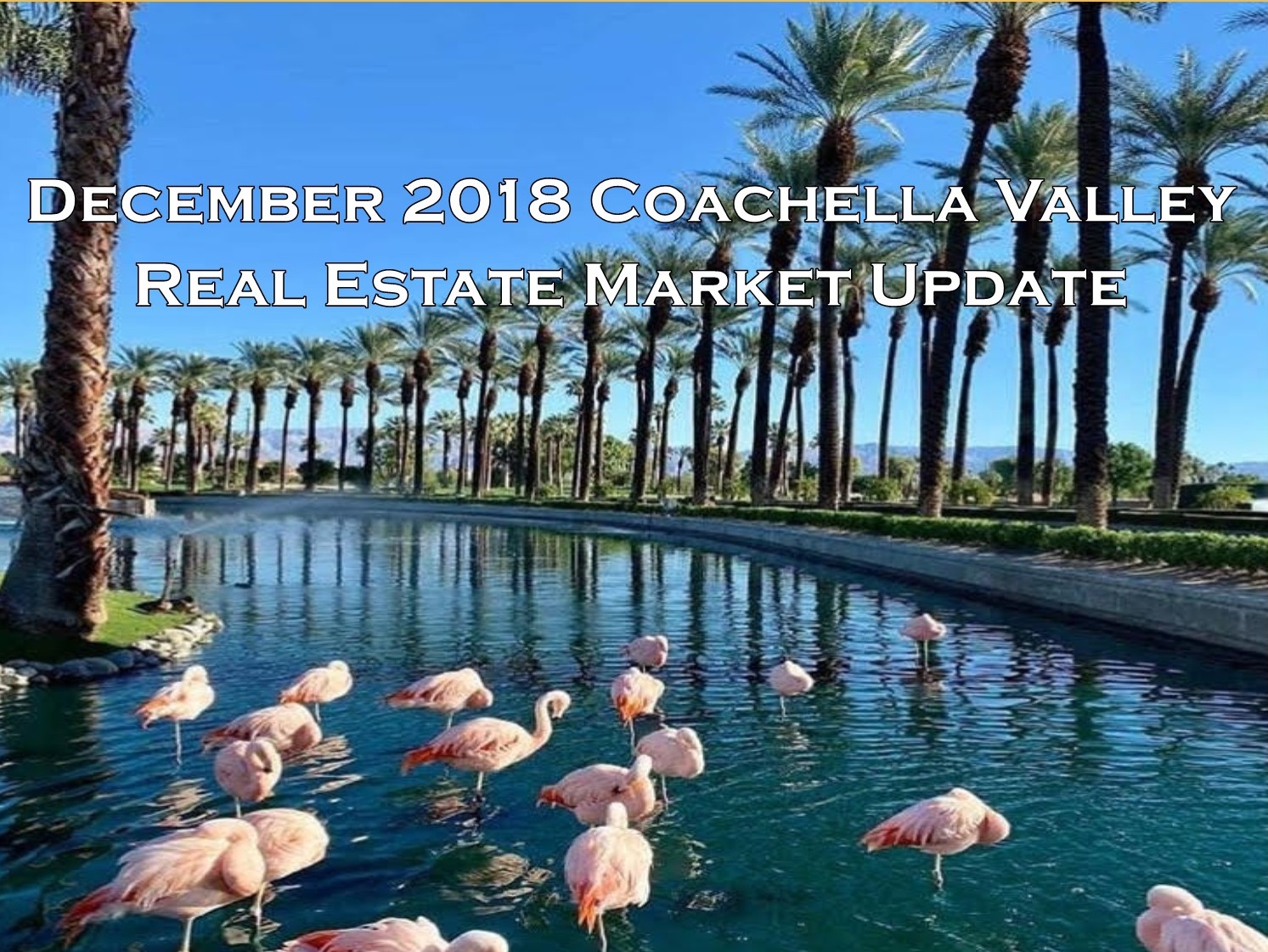 Local real estate market experts, Market Watch LLC have just released their December 2018 Coachella Valley Desert Housing Report and we wanted to share their findings and opinions with you: 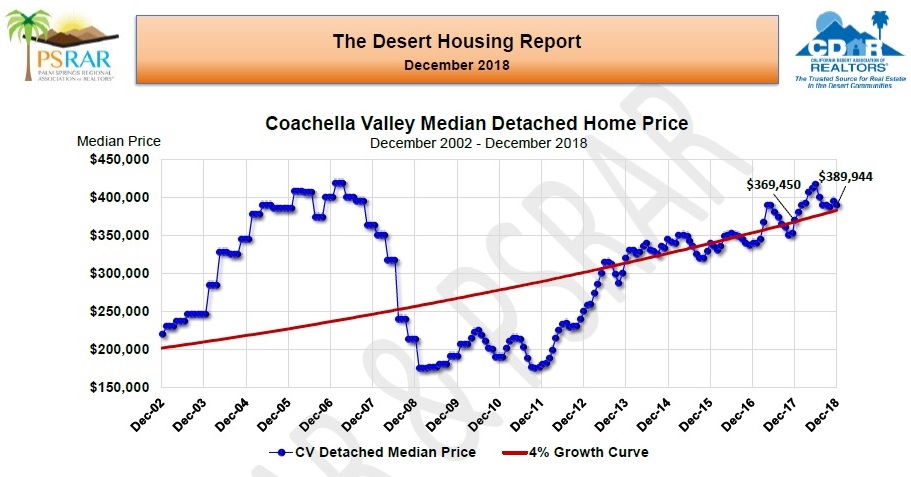 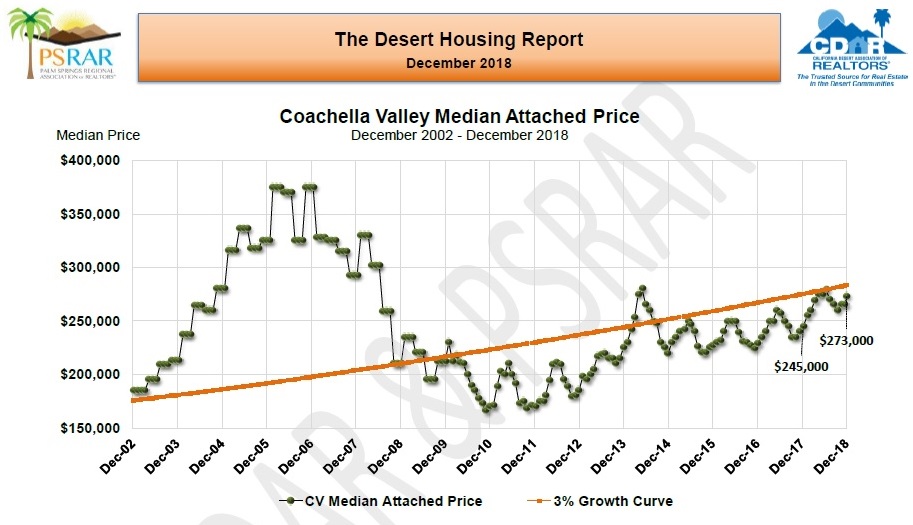 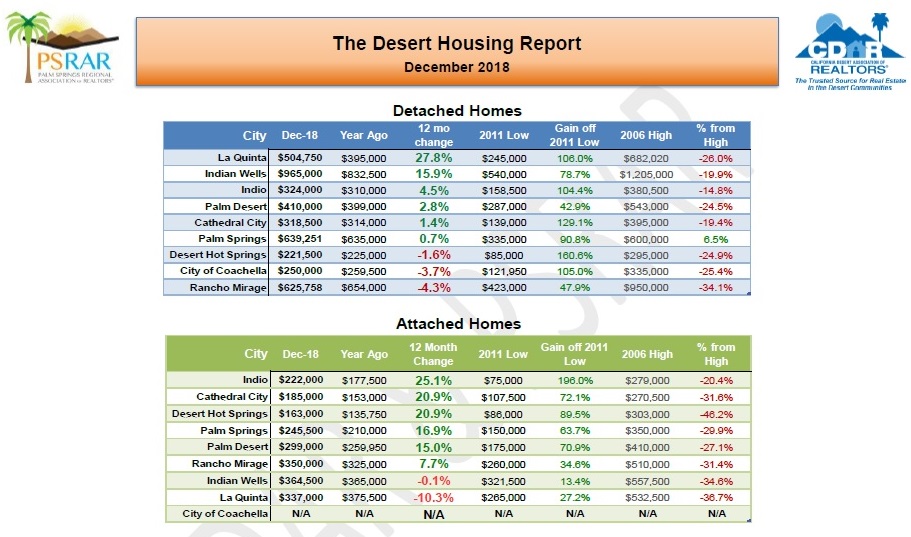 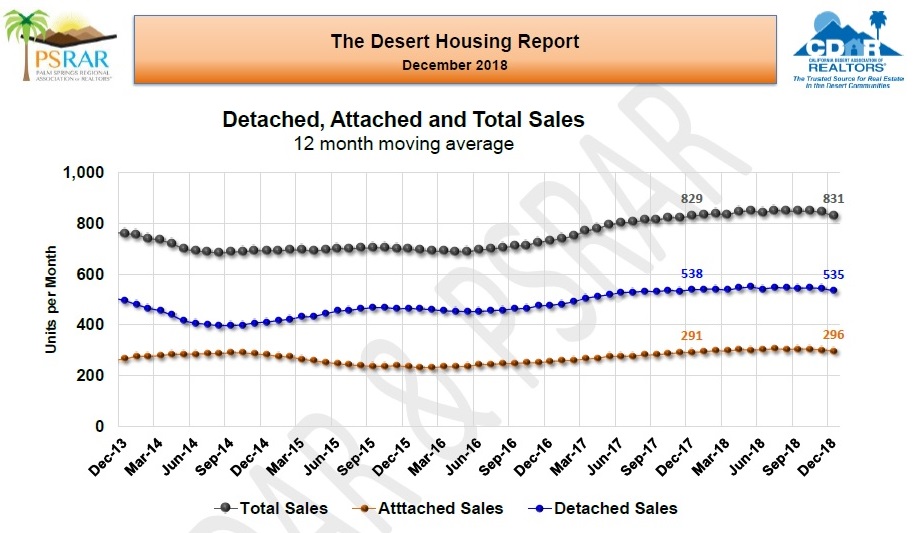 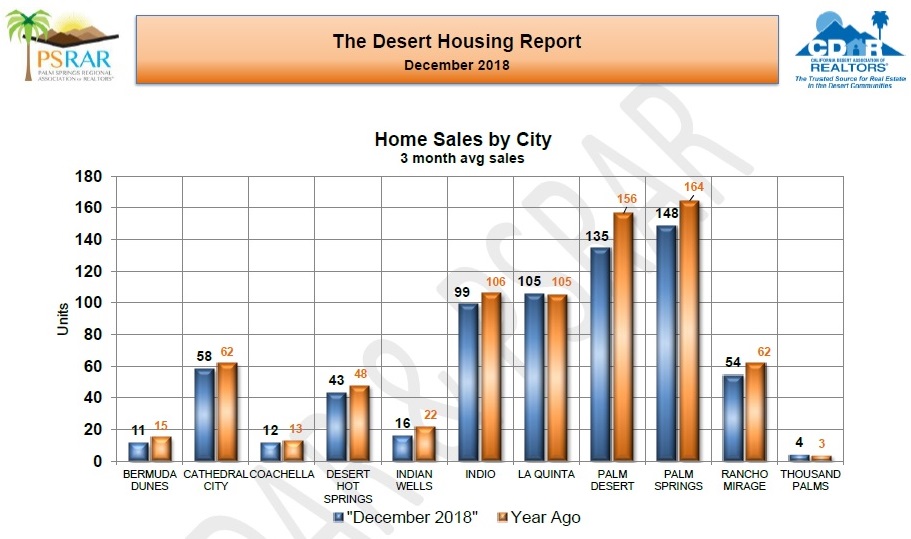 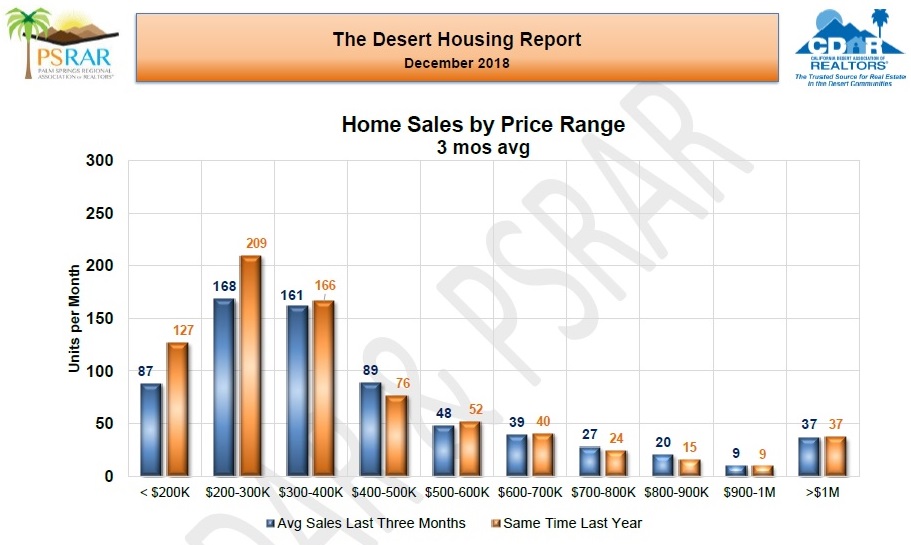 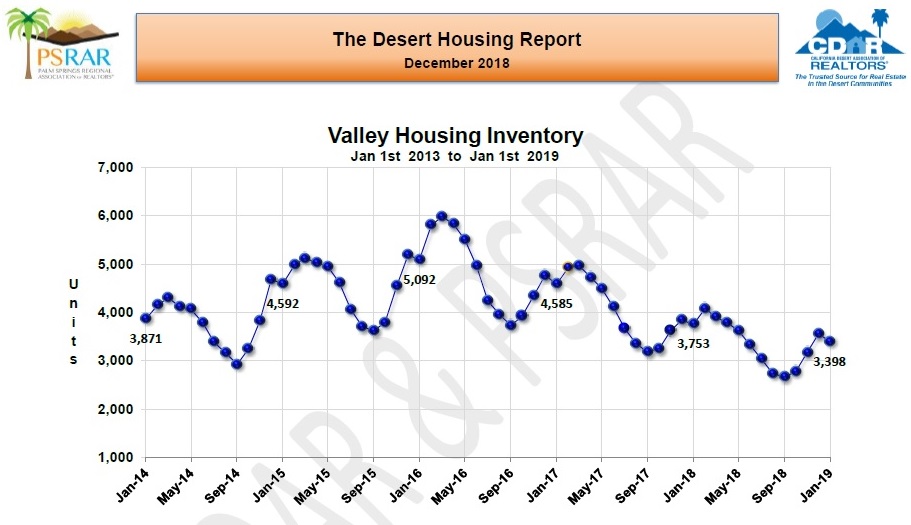 Coachella Valley housing inventory on January 1st was 3,398 units (355 less than on January 1st, 2018). Market Watch’s analysts commented that this is the lowest January 1st inventory level in the last six years and shows that, while demand is slowing as represented by contracting sales, the supply of homes for sale remains under control. As long as these two forces remain somewhat in balance, as they currently are, Market Watch felt that home prices should remain firm. 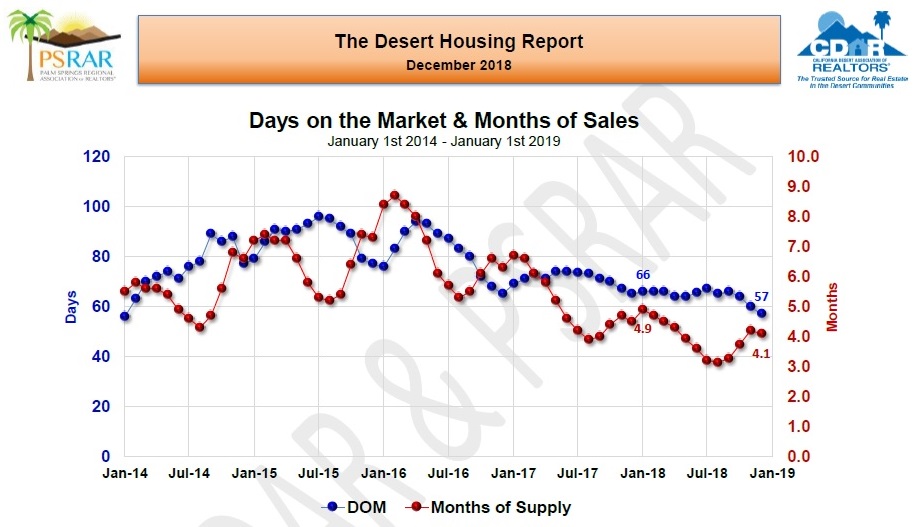 Market Watch’s analysts explained that the balance between supply and demand in housing is best measured by the ratio known as months of sales. The ratio on January 1st was 4.1 months, which is the lowest January 1st ratio in the last six years.  Market Watch’s analysts noted that the median number of days on the market (57 days) is at the lowest level in the last six years and appears to still be trending downward. 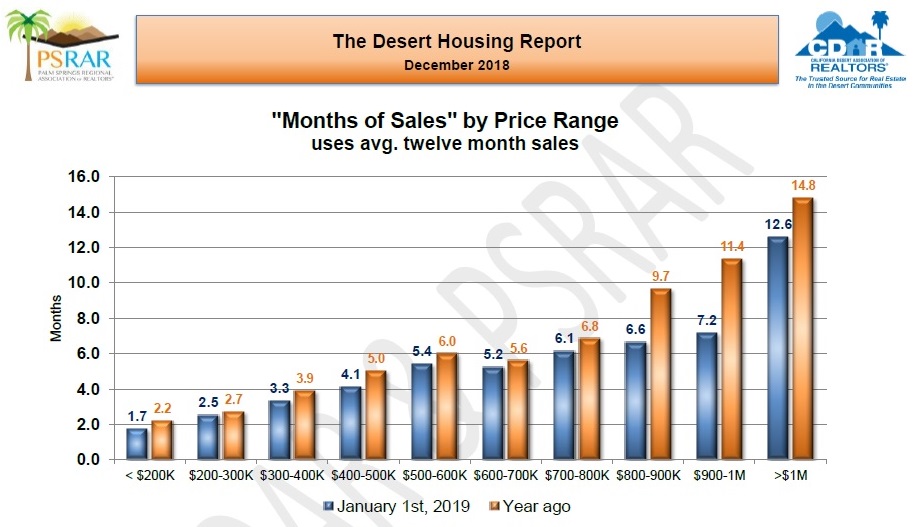 The Months of Sales ratios continued to be lower across all price brackets compared to a year ago. Market Watch felt that this shows that the current balance of supply and demand is across all price brackets of the market. The highest Months of Sales ratio was for homes priced above $1 million at 12.6 months (compared with 14.8 months on January 1st, 2018). 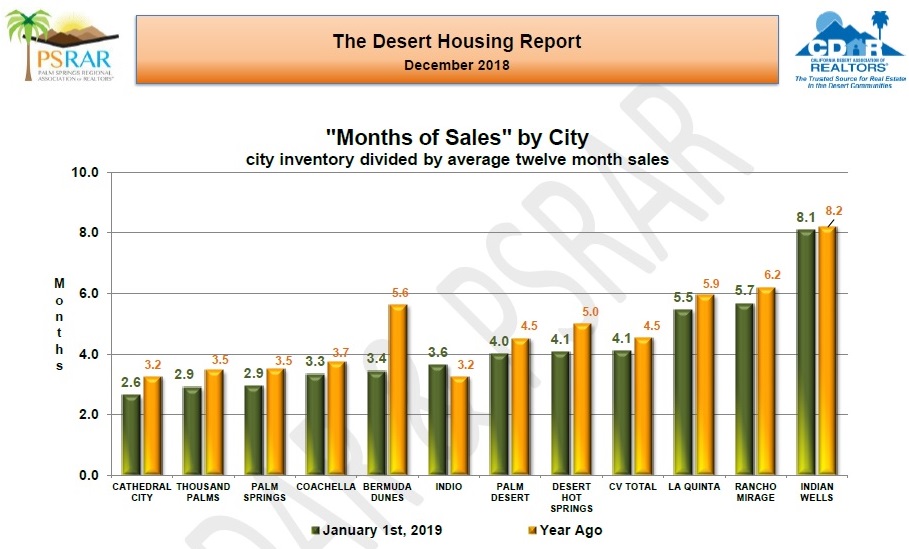 The Months of Sales ratios in 10 of the region’s 11 cities was less than it was a year ago. Only Indio, at 3.6 months, has a higher Months of Sales higher ratio that last year (3.2 months).