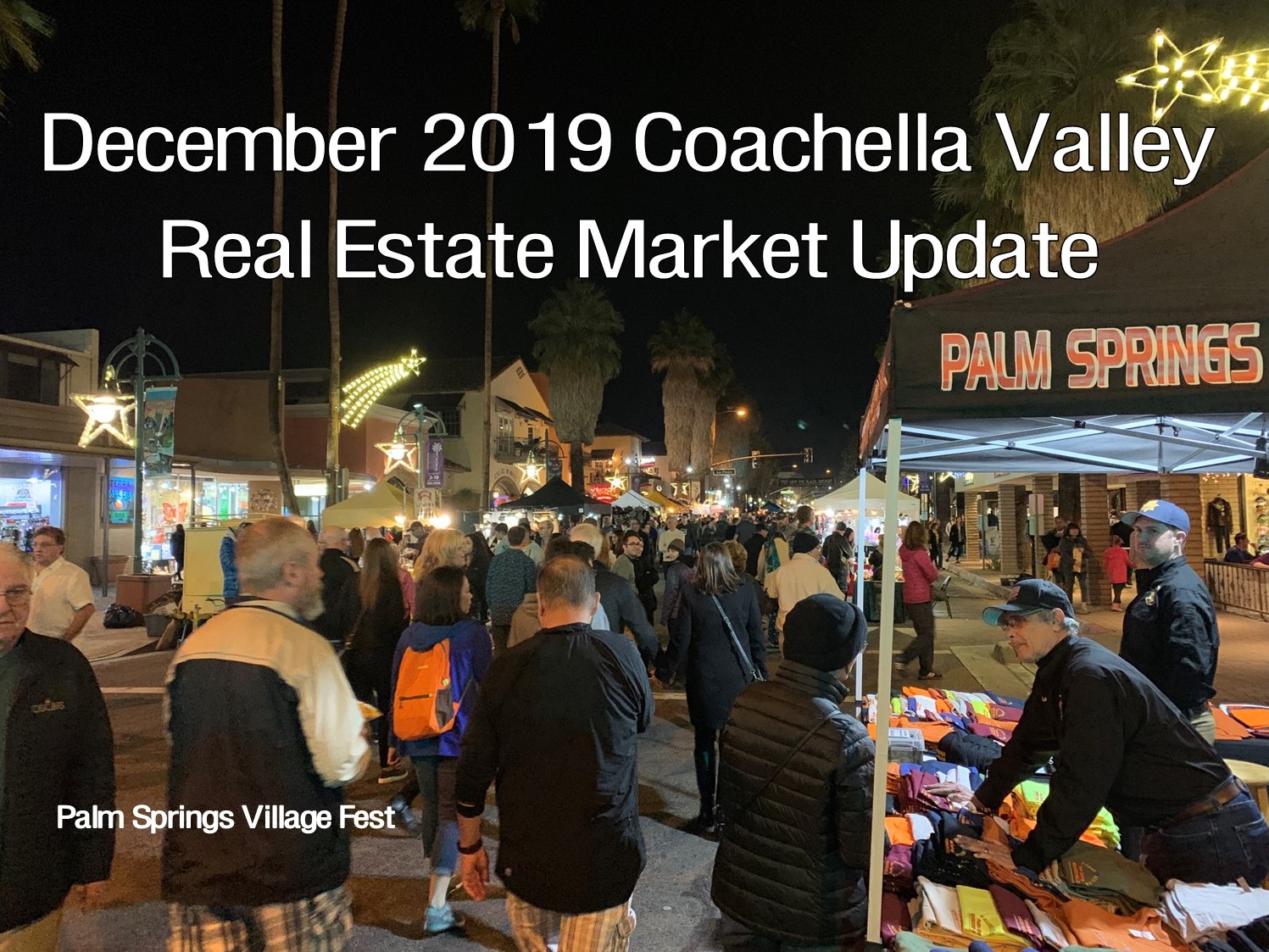 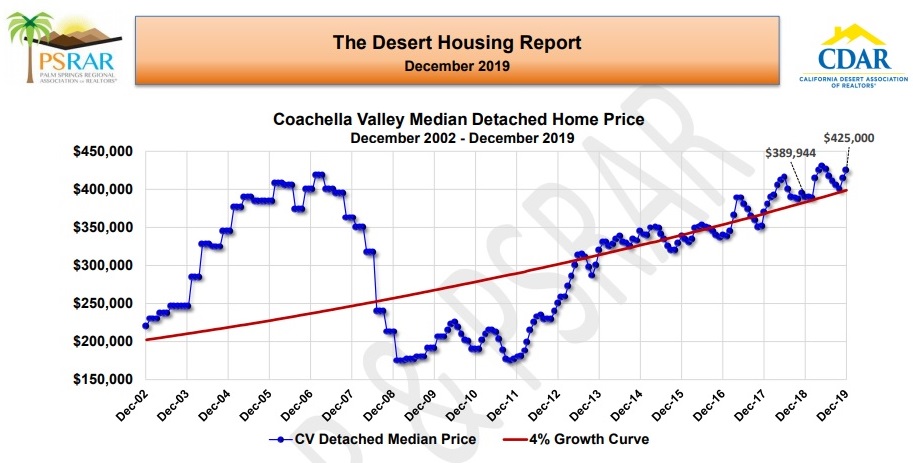 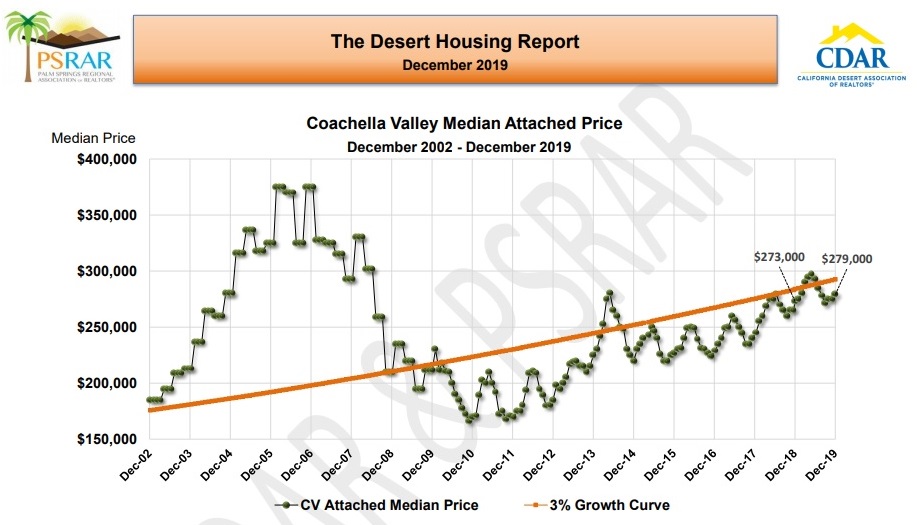 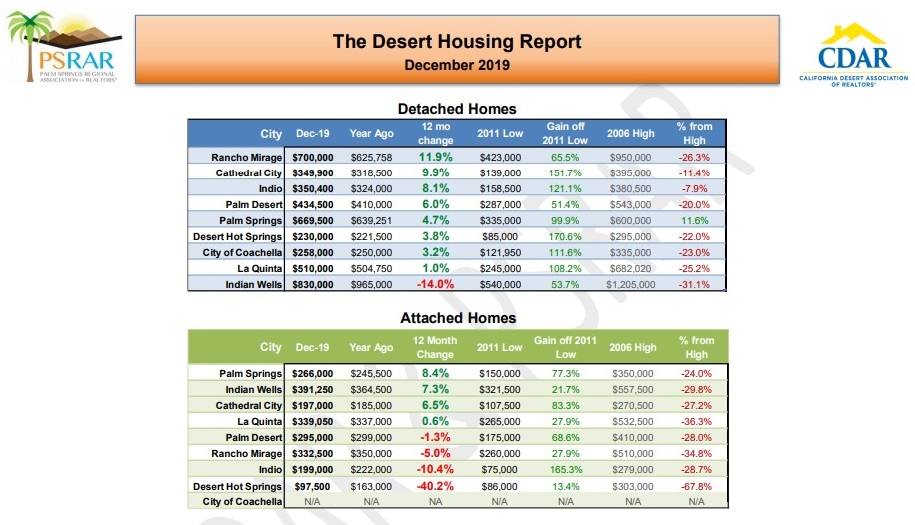 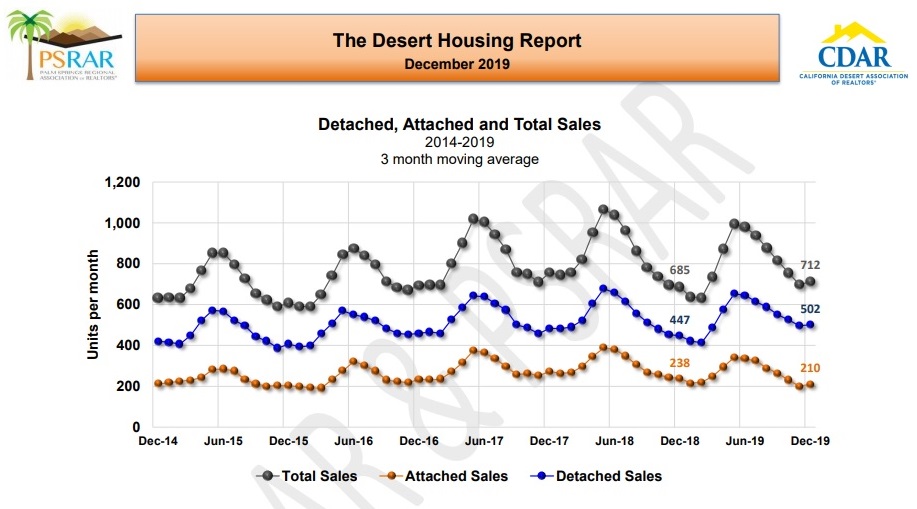 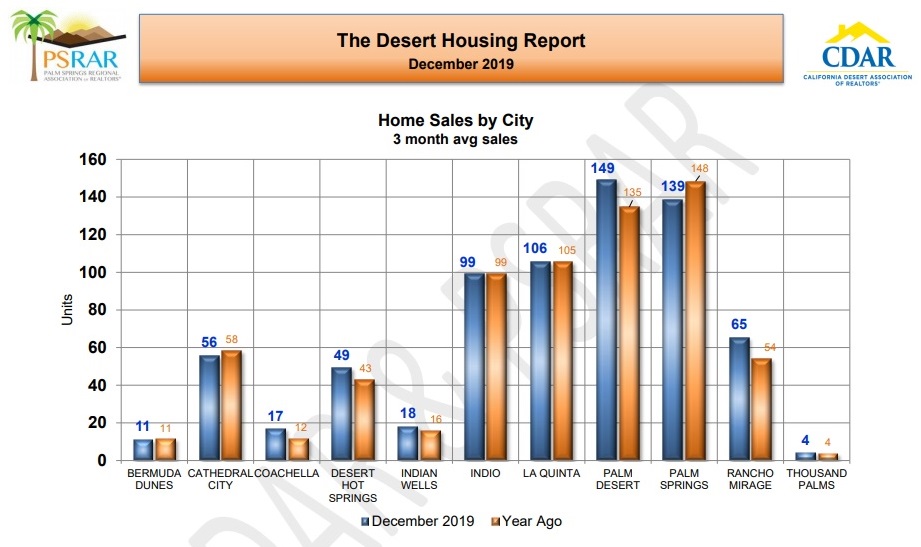 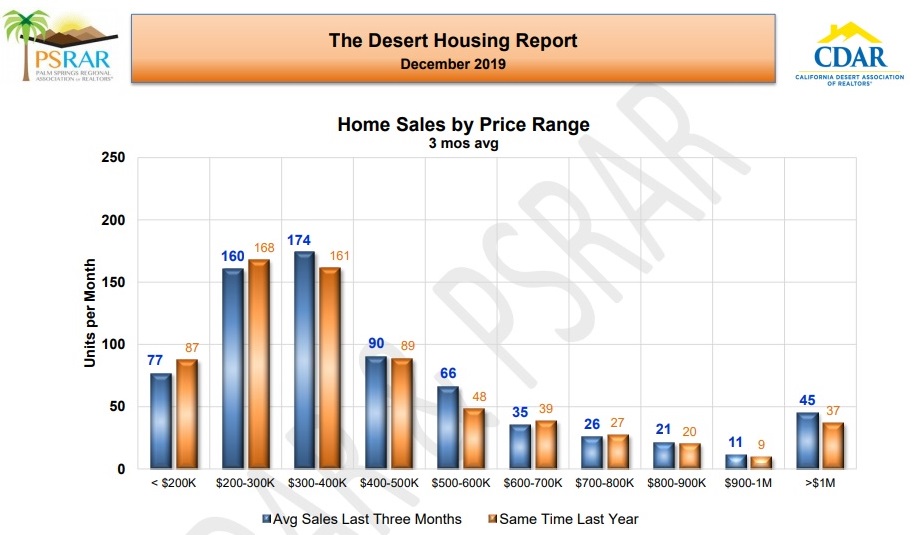 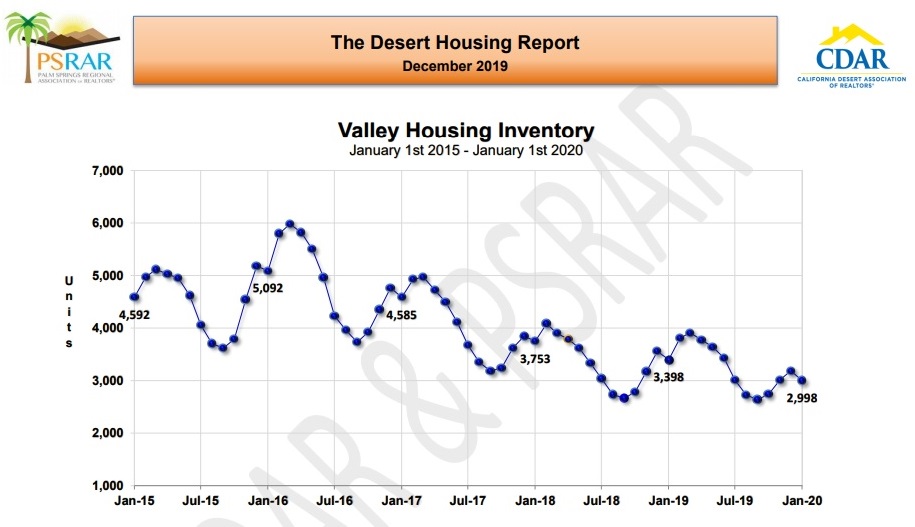 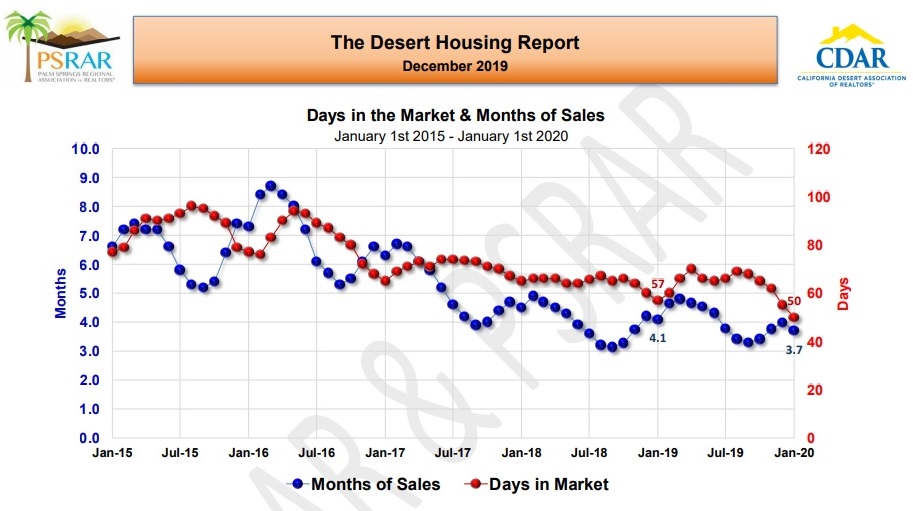 Months of sales is the ratio of inventory divided by the sales rate and provides a measure of how long it would take to sell the entire housing inventory at the current sales rate. The current months of sales ratio of 3.7 months was lower than the 4.1 months of sale ratio on January 1st of last year (due to the combination of lower inventory and higher sales than in December 2018). Market Watch opined that a month of sales ratio this low usually points to higher prices. This view is reinforced by the median number of days it’s been taking to sell a home (50 days, the lowest number in the last five years). 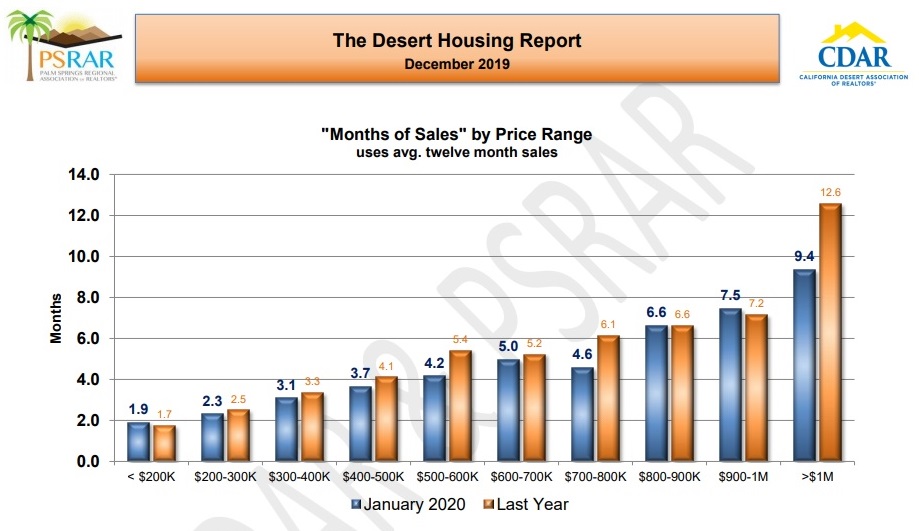 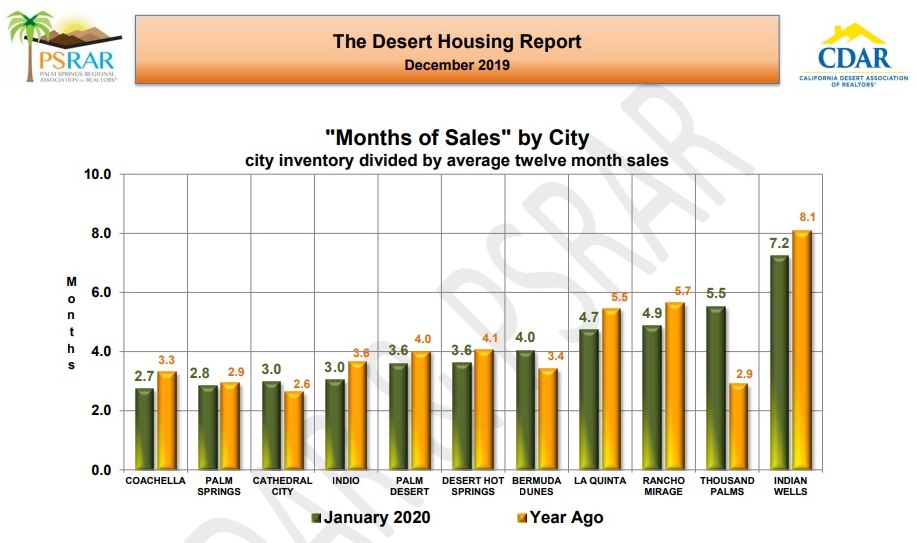 In looking at the months of sales ratio for the different cities in the Coachella Valley, the months of sales ratio declined in eight cities, increased slightly in two cities and increased significantly in Thousand Palms. Market Watch felt that this chart supports their opinion that the housing market appears healthy, not only in all price ranges, but in each city as well. 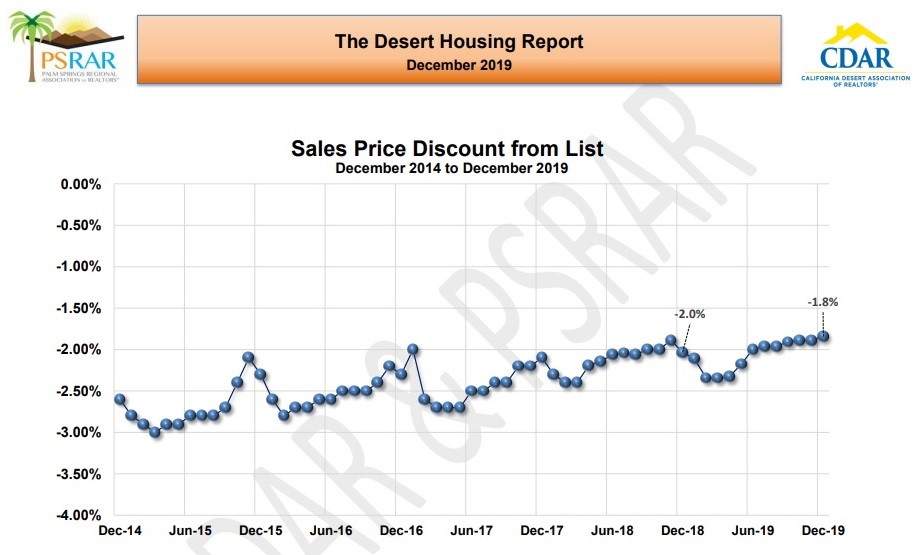