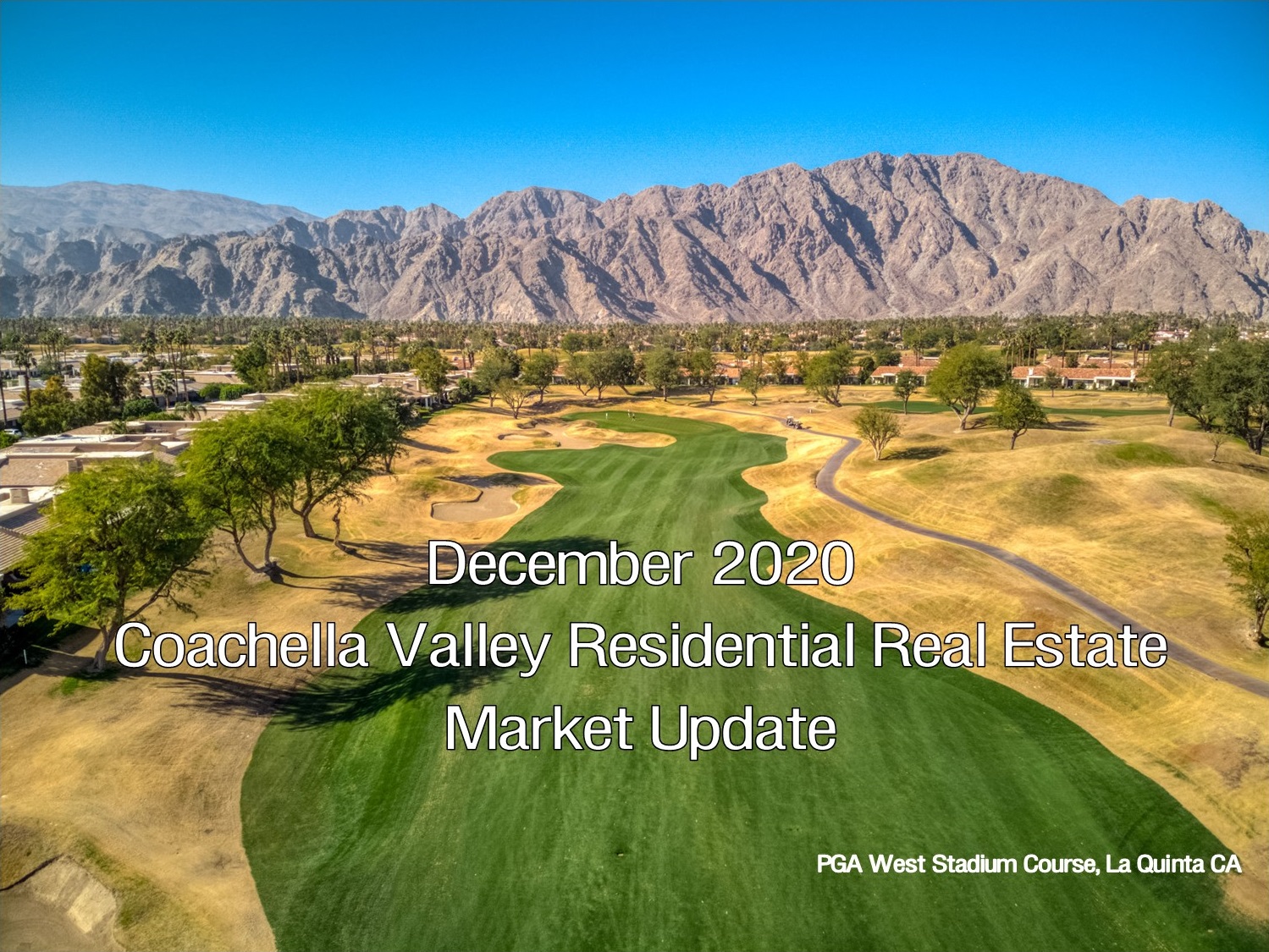 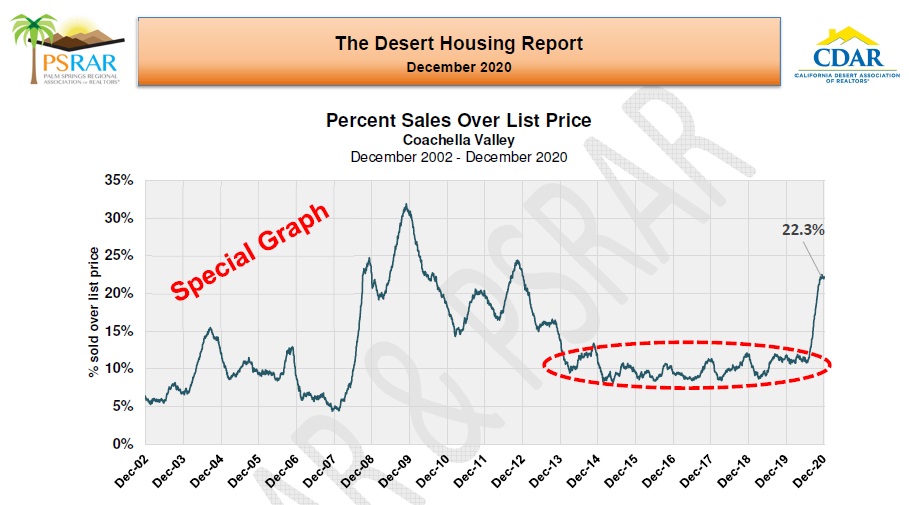 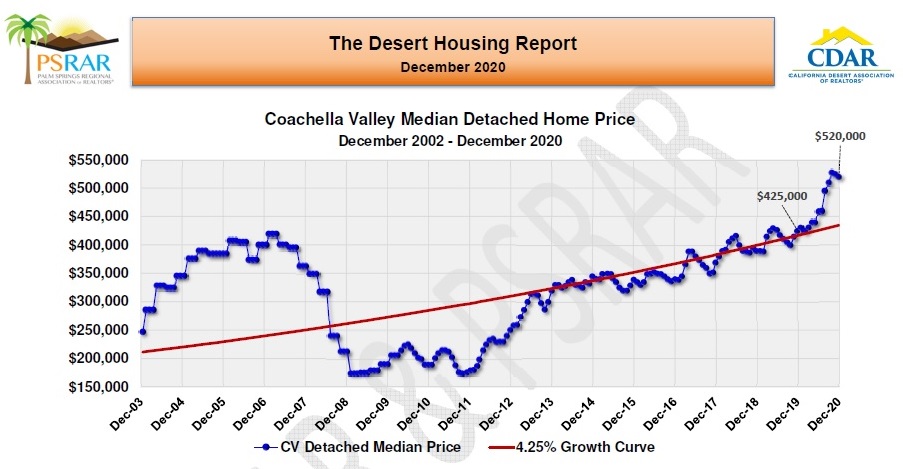 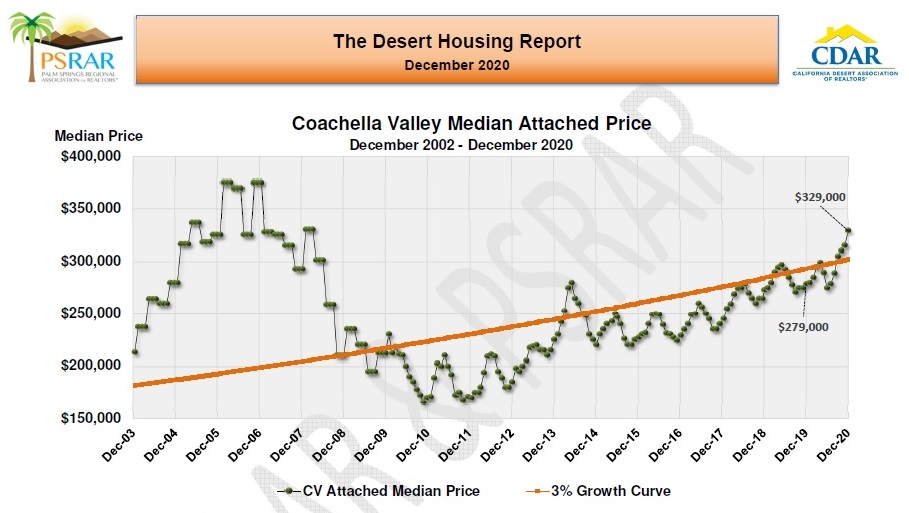 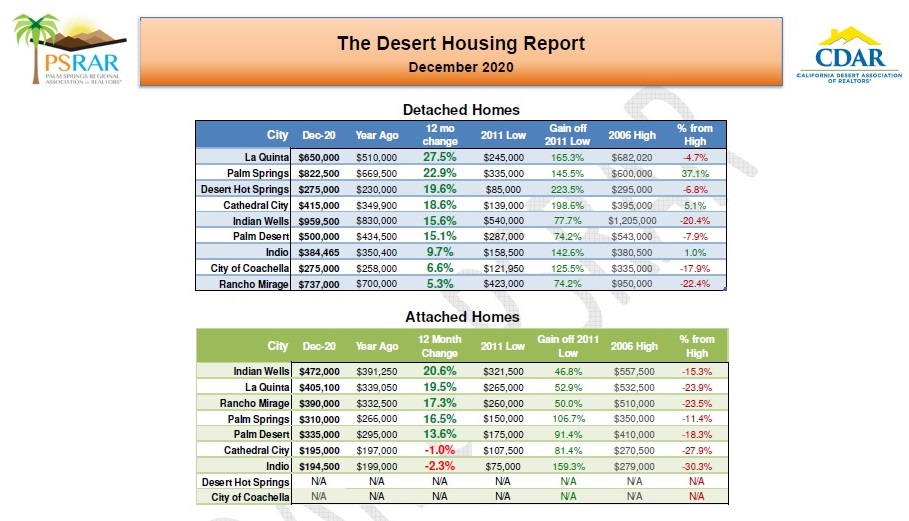 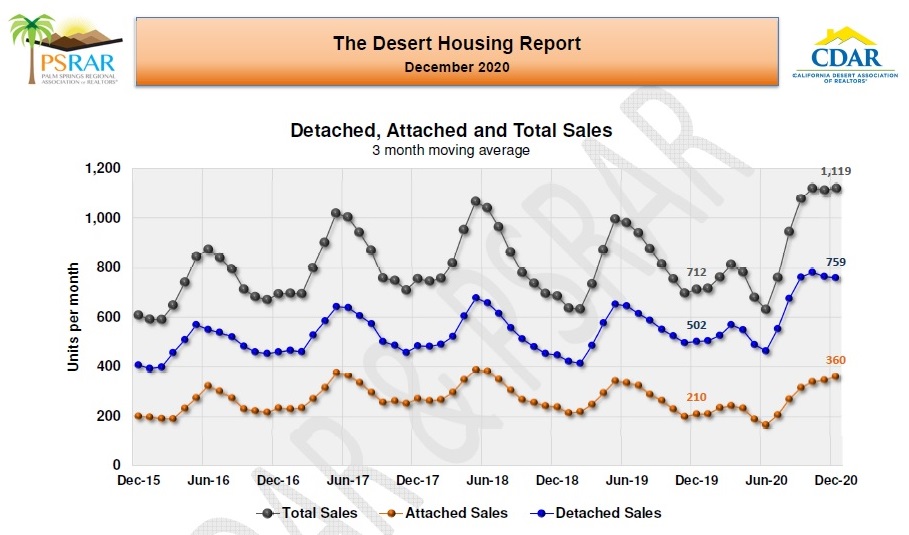 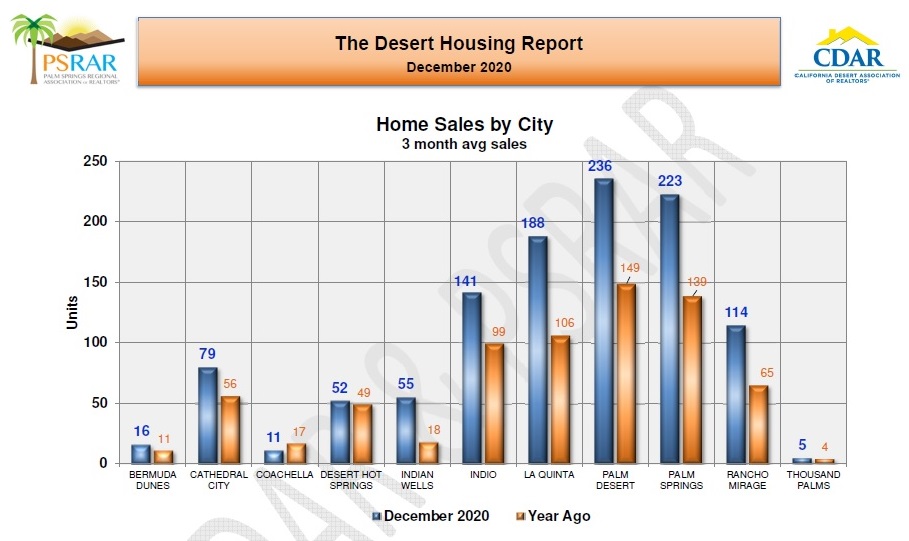 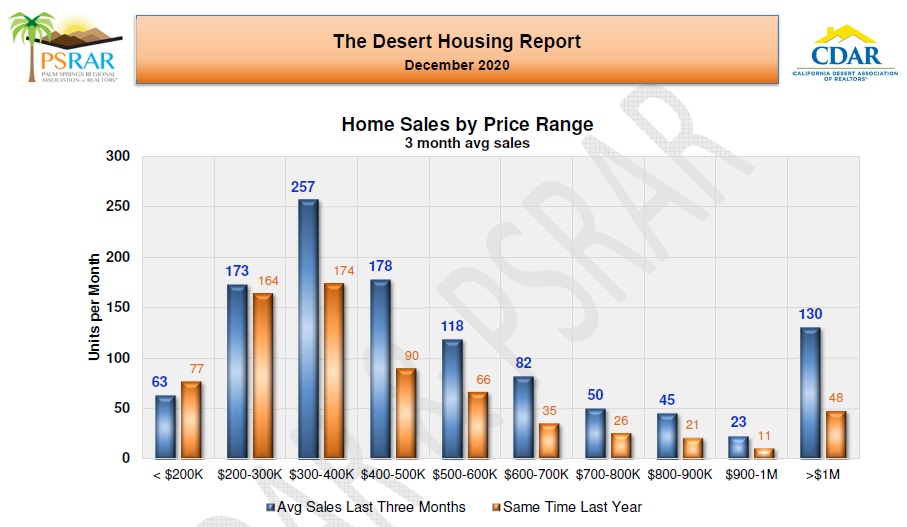 Market Watch pointed out significant home sales increases in all price ranges over $300,000 in December. In particular, they noted that the average monthly sales of homes priced over one million dollars was 130 homes per month (up 170.8% year-over-year). 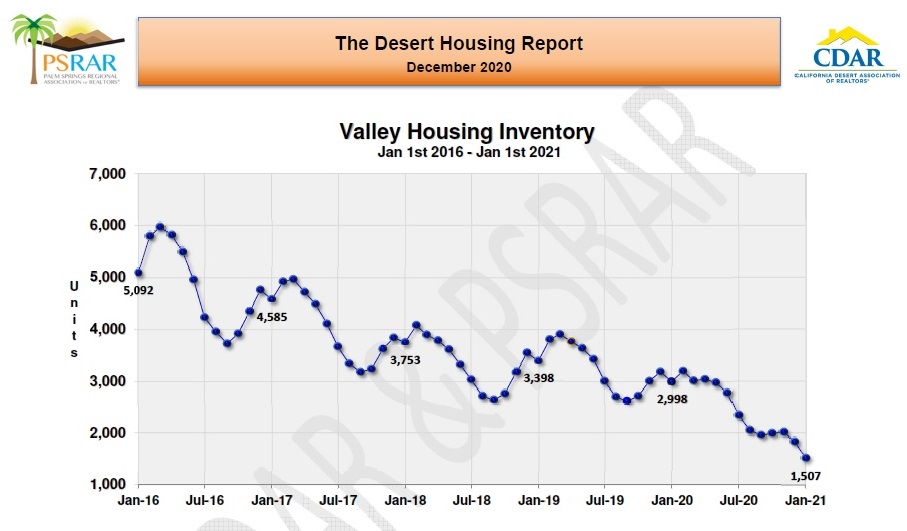 On January 1st, the months of sales ratio (which measures how many months it would take to sell off the current housing inventory at the current sales rate) was 1.7 months (compared to 3.7 months one year ago). Market Watch noted that this is the lowest months of sales ratio in the history of the Coachella Valley. The median value of days in the market on January 1st was 38 days (compared to 50 days one year ago). 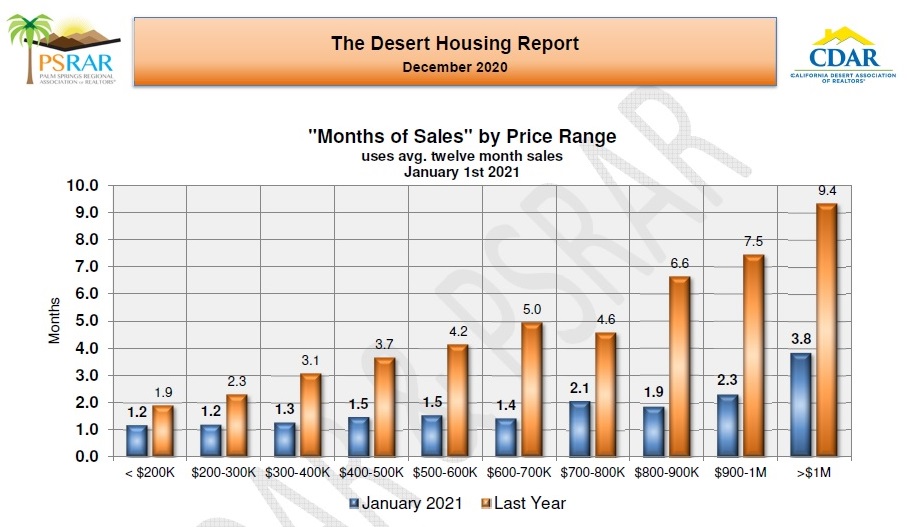 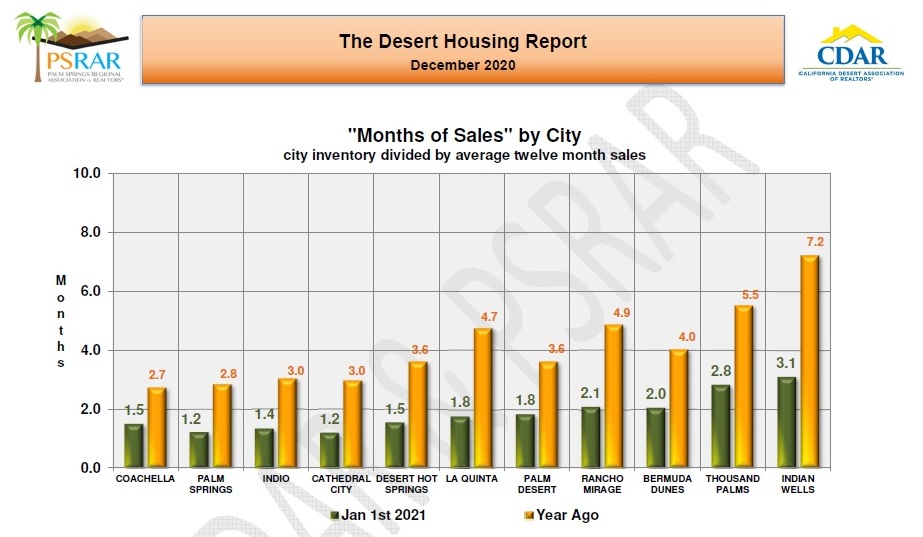 On January 1st, the months of sales ratio in every one of the Coachella Valley’s eleven cities surveyed was roughly 3 months or less. And seven of these cities (Coachella, Palm Springs, Indio, Cathedral City, Desert Hot Springs, La Quinta and Palm Desert) had months of sales ratios under two months. 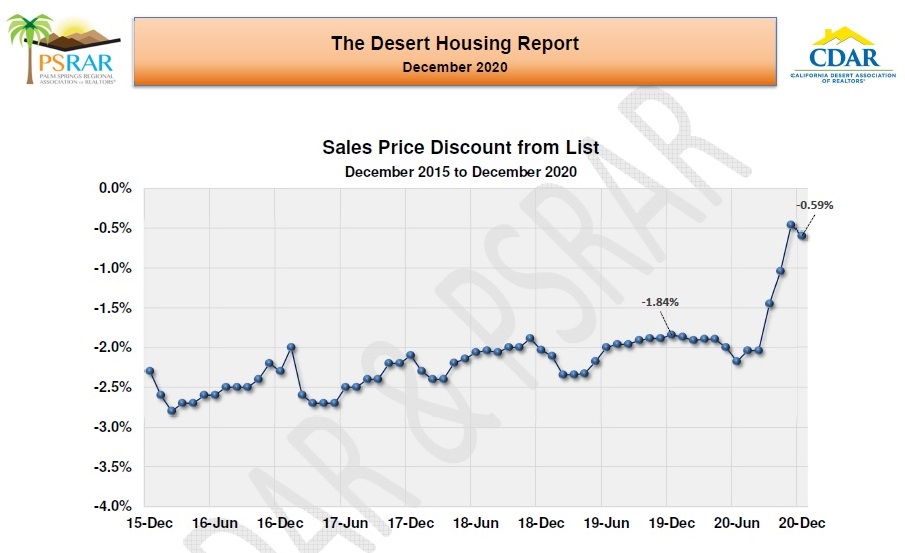