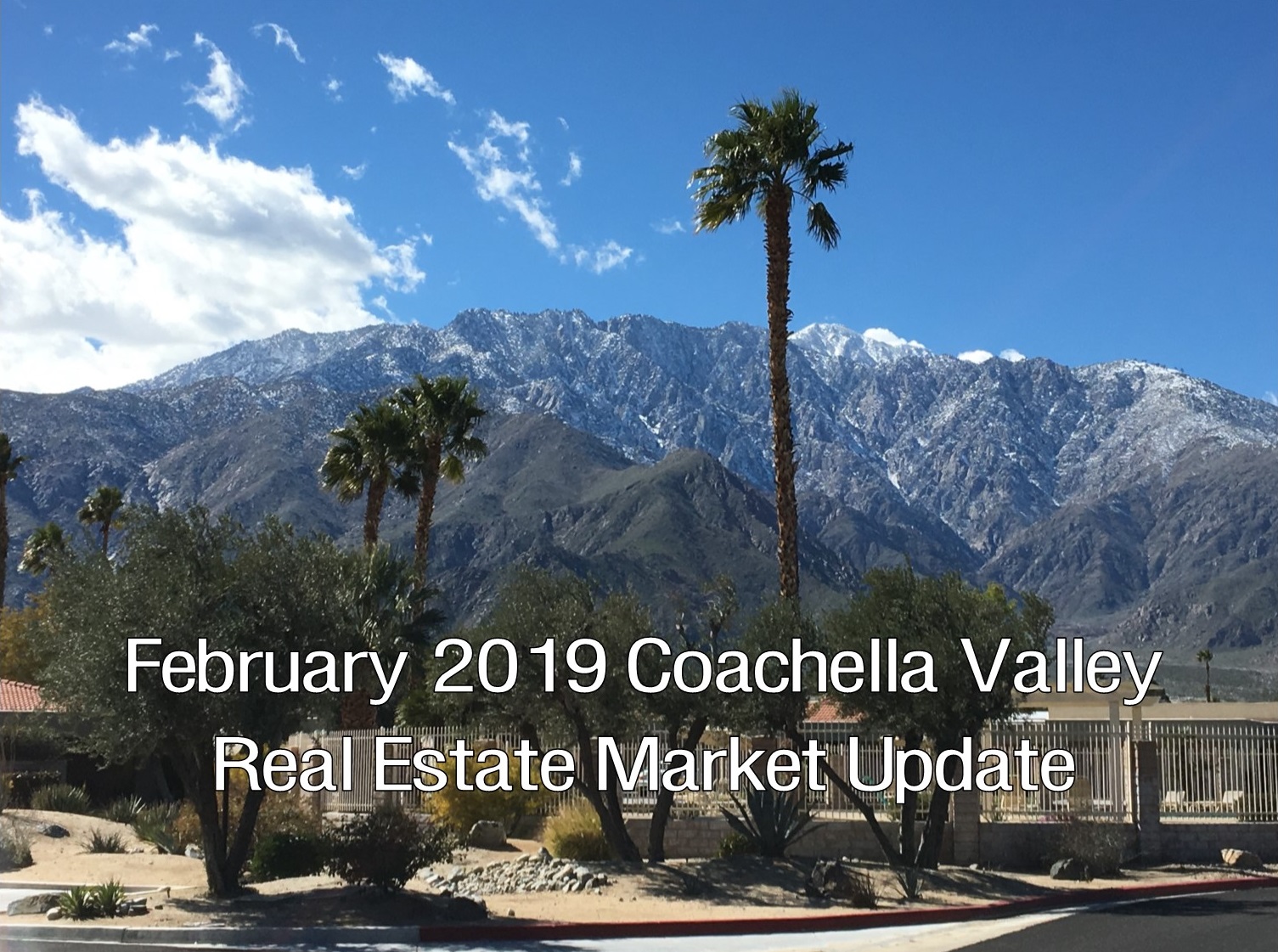 Local real estate experts, Market Watch LLC, have just released their February 2019 Desert Housing Report. Some of the highlights include: 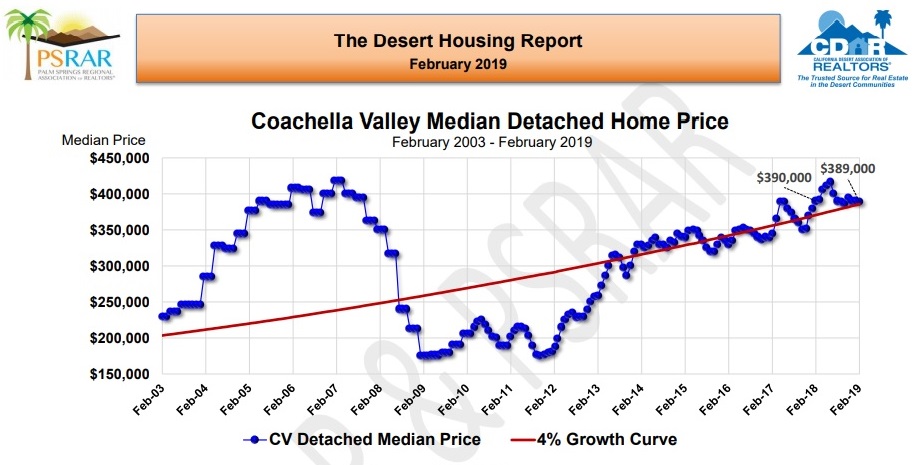 The Coachella Valley detached home median price in February was $389,000 (vs. $390,000 in February 2018). Market Watch’s analysts noted that the slowdown in price gains is due to a decline in sales. 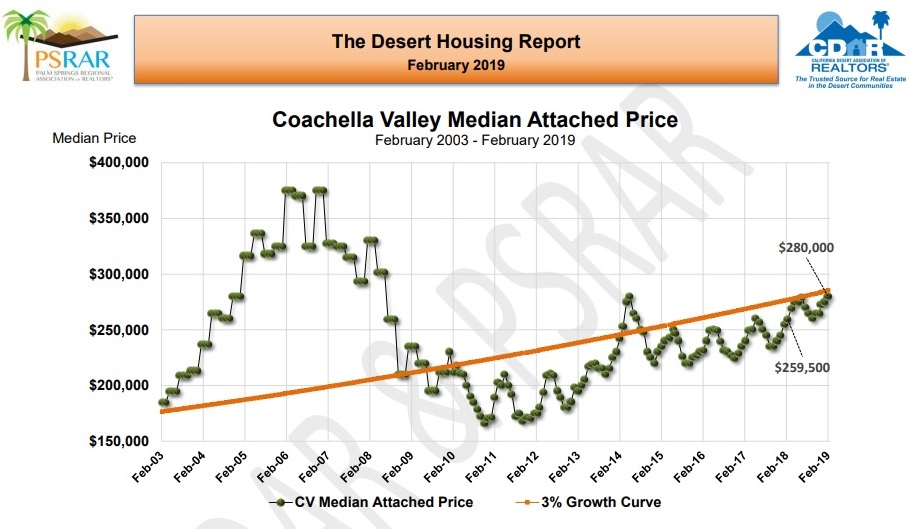 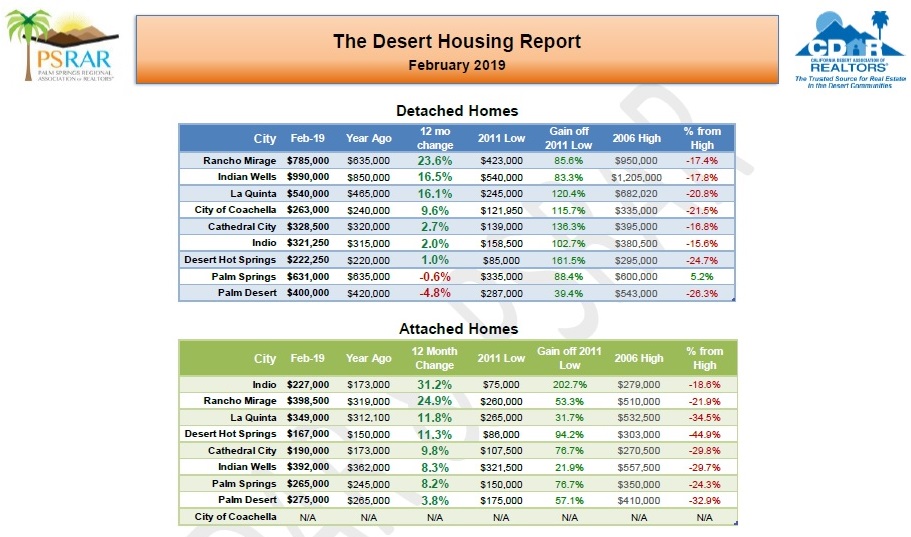 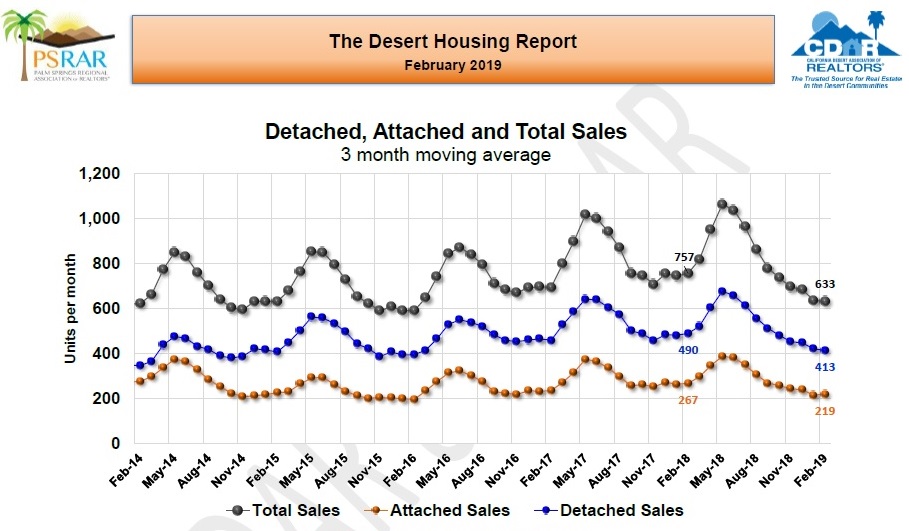 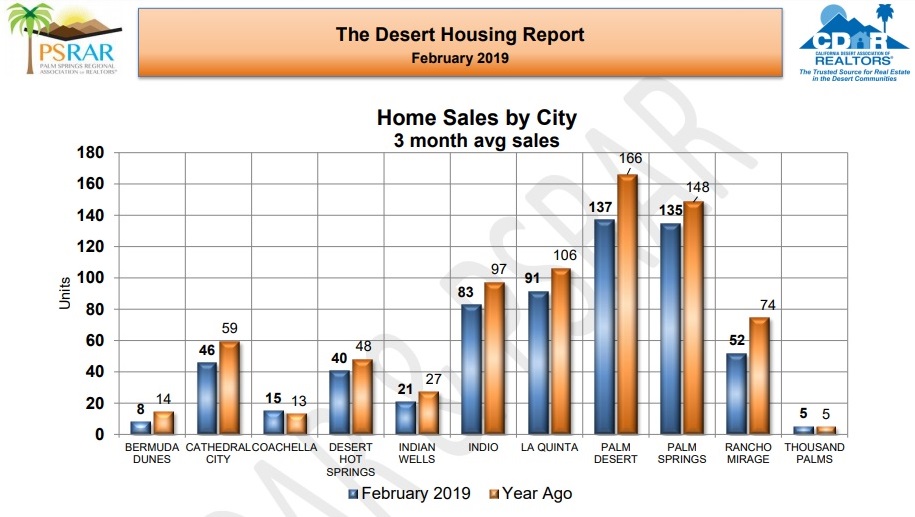 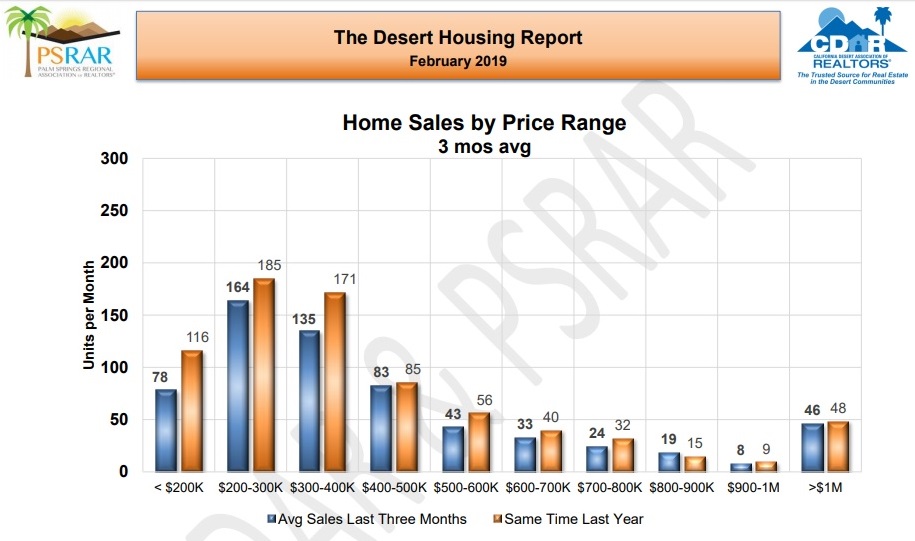 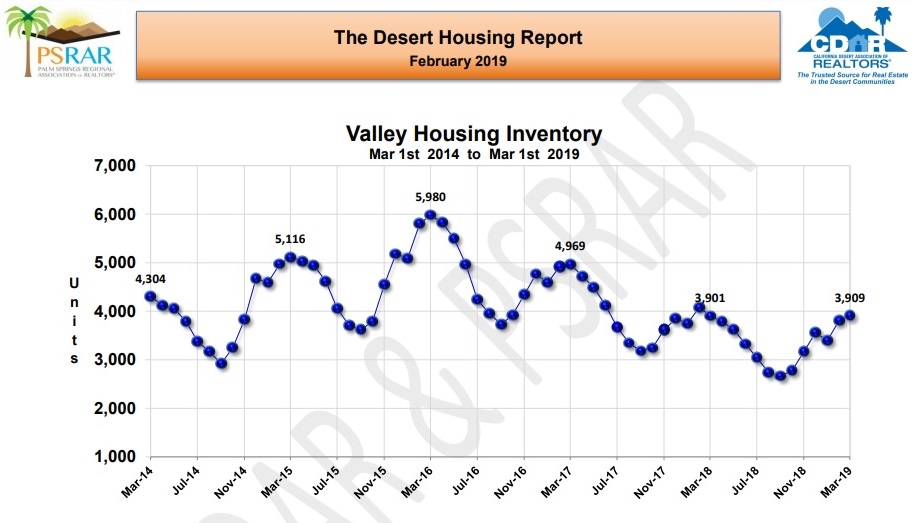 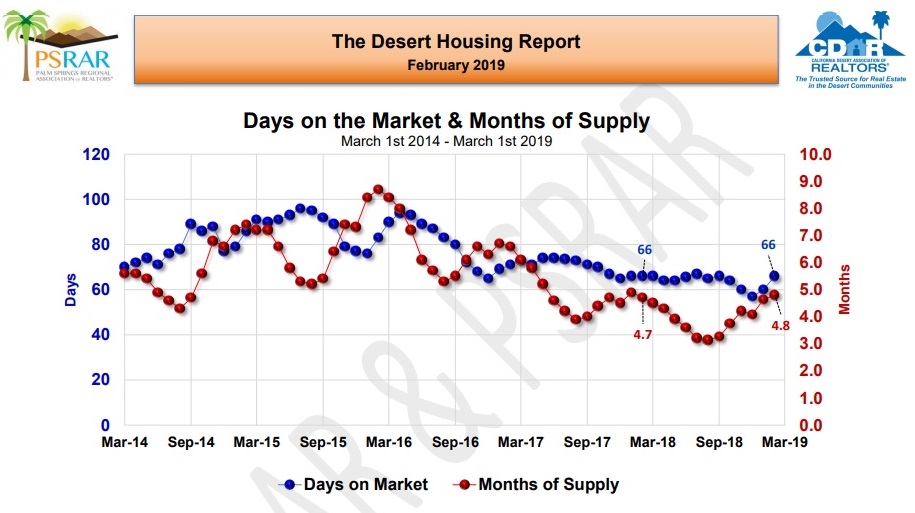 The month of sales ratio on March 1st was 4.8 months, which compares to 4.7 months on March 1st 2018. Market Watch stated that these are the lowest ratios in the last 5 years and confirm that even though sales have declined housing inventory remains well contained. The median number of days on the market in February was 66 days, the same as in February 2018. 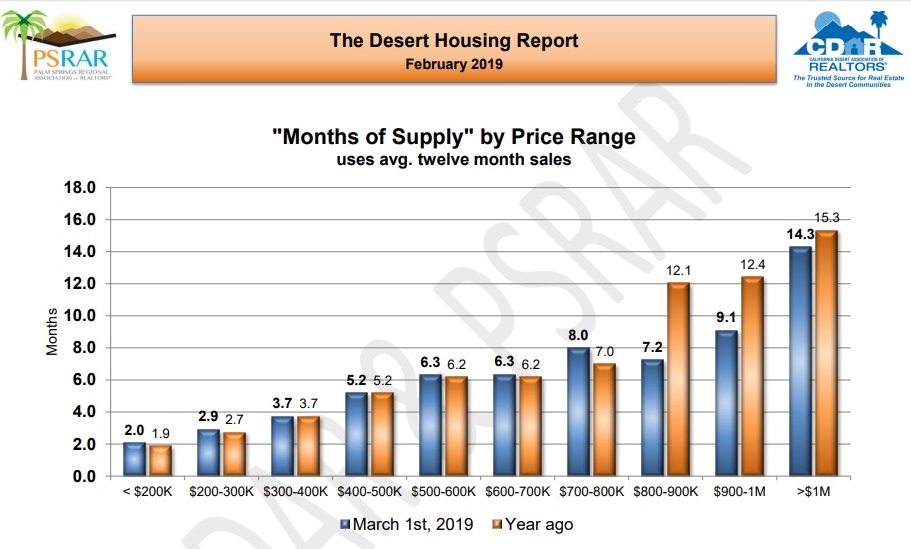 Months of Sales by Price Range revealed comparable ratios to last year in all price brackets under $700,000. For homes priced over $800,000, there were lower months of sales ratios than last year. 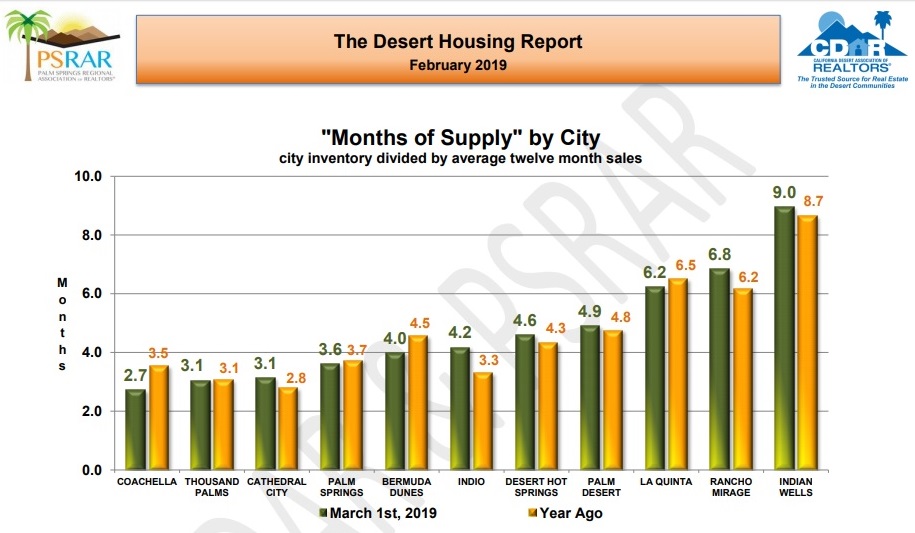