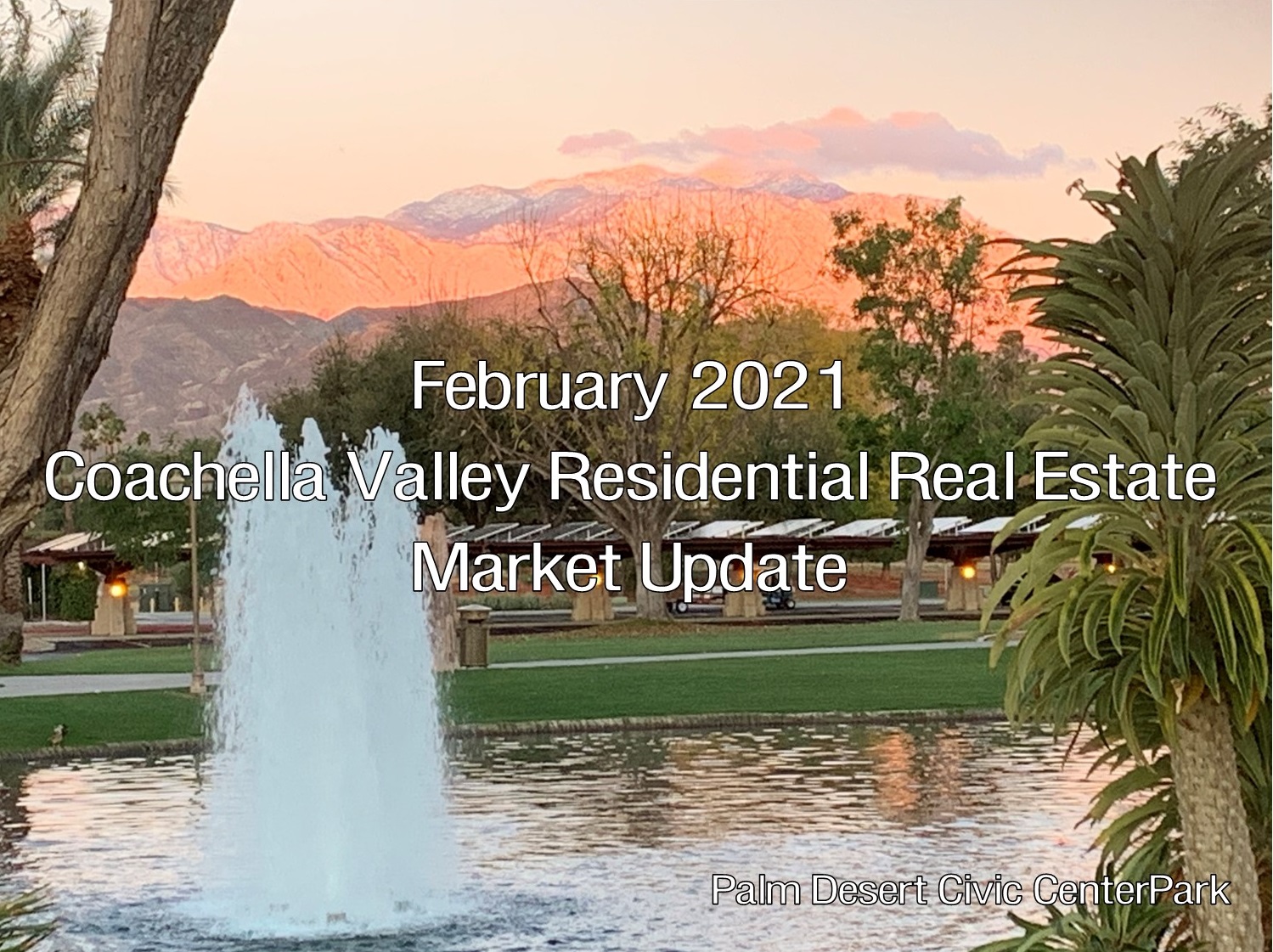 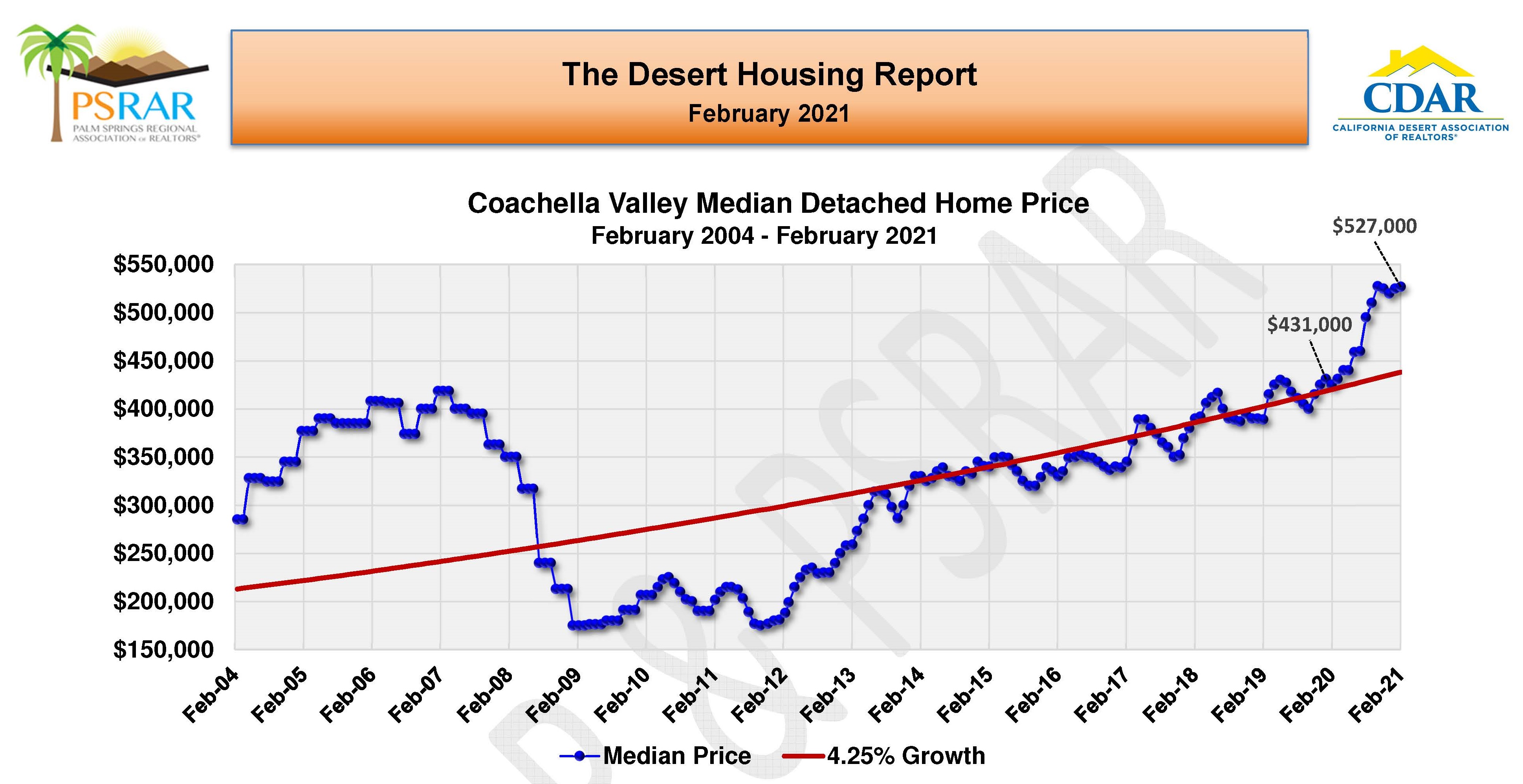 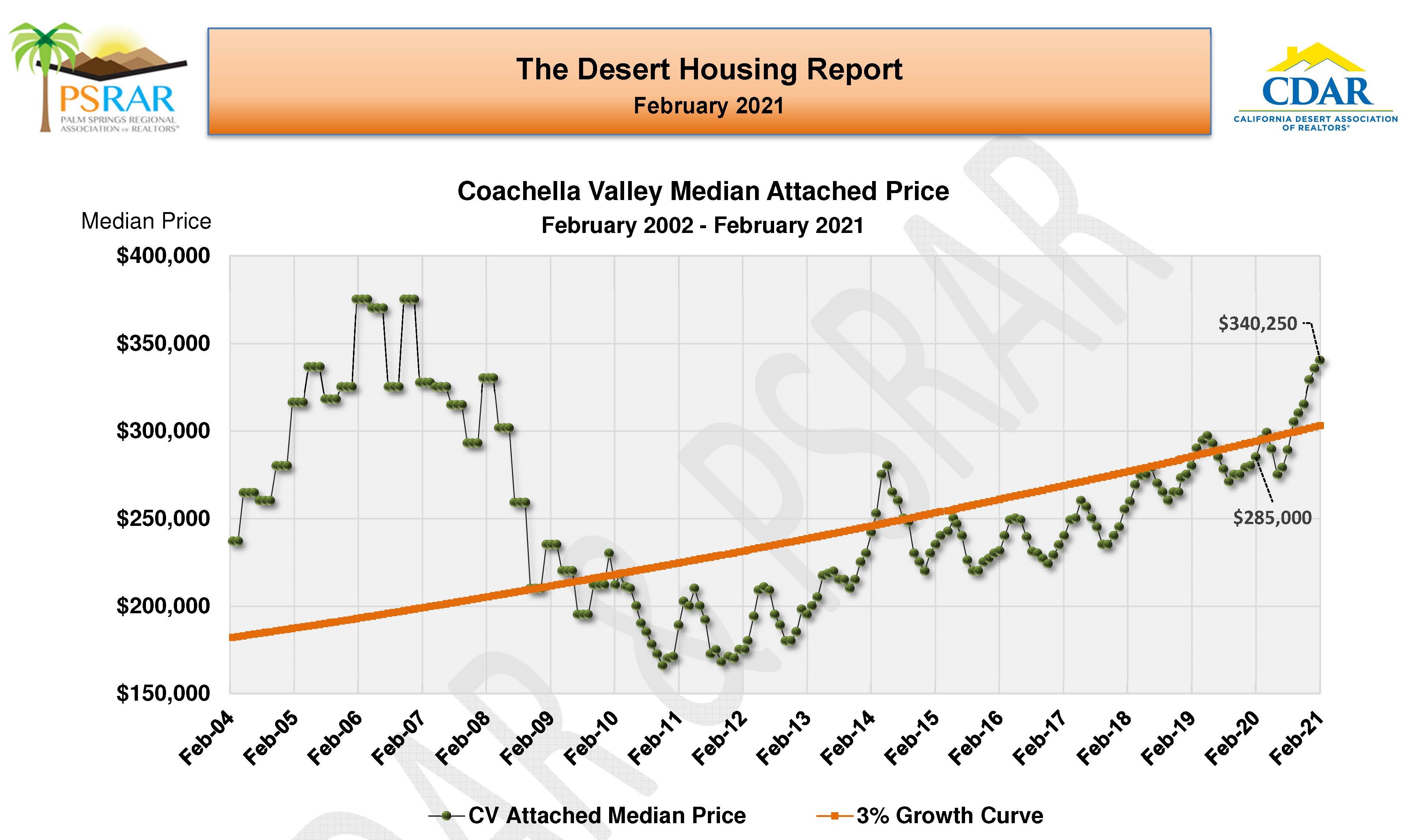 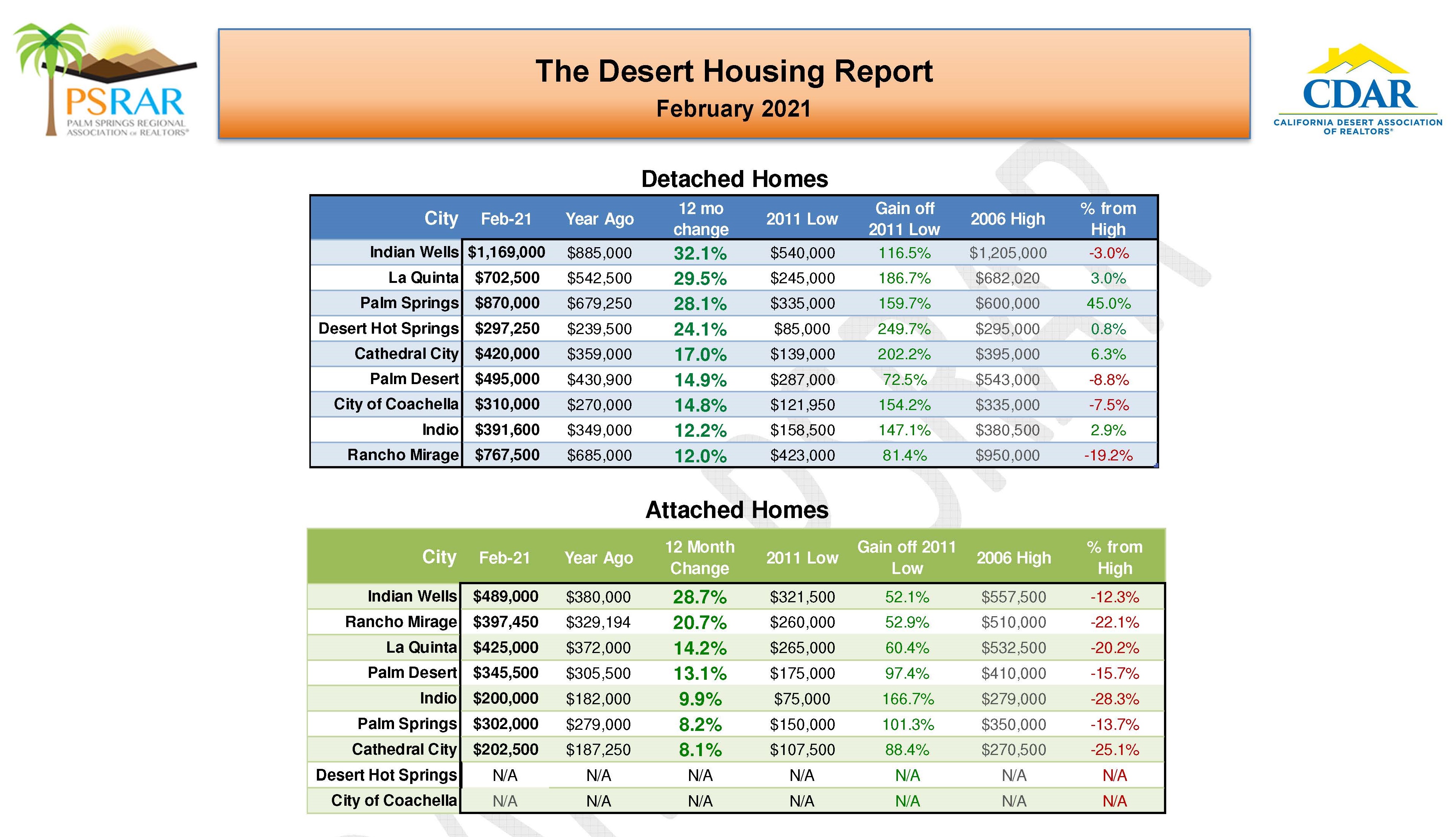 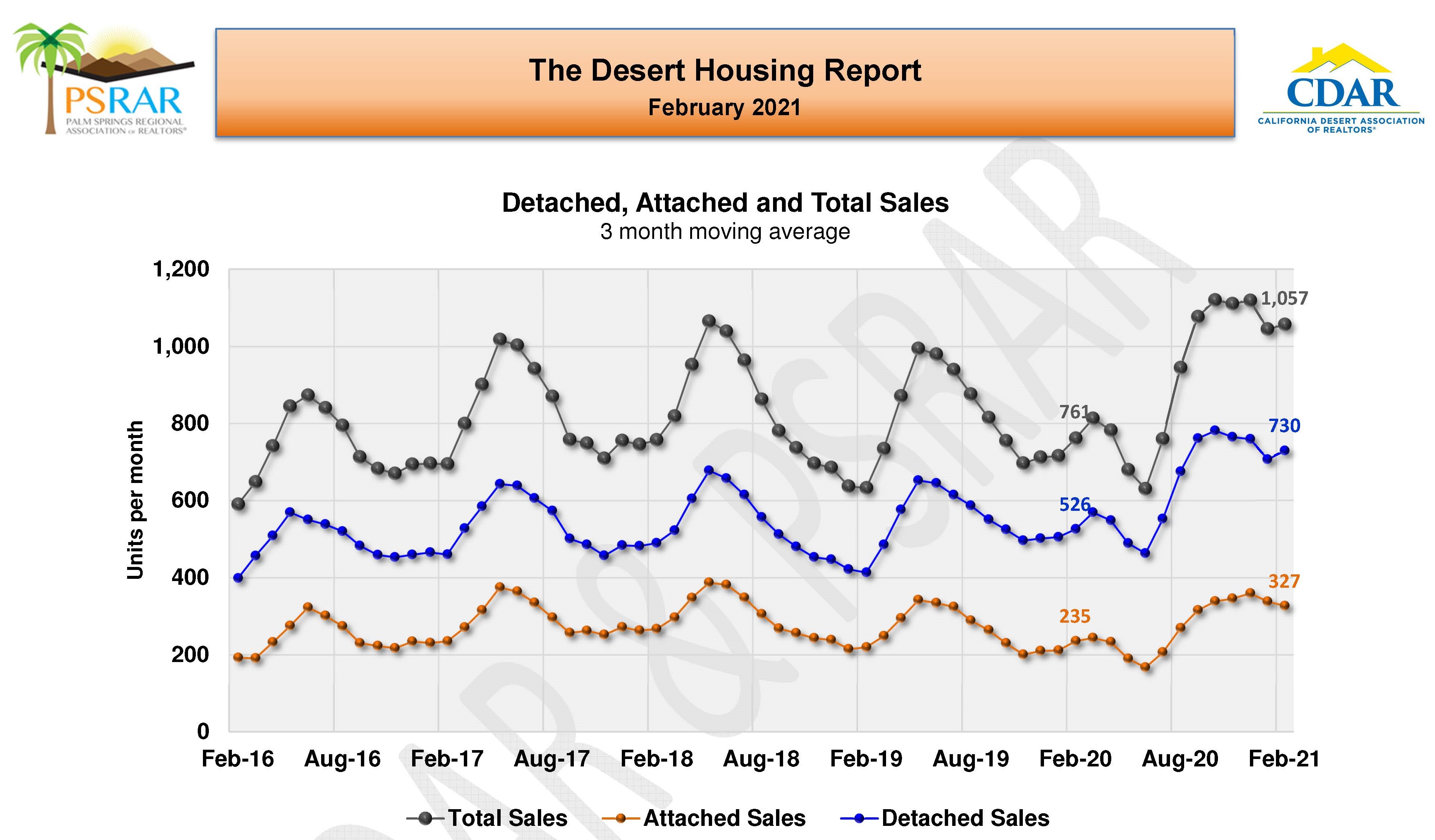 Three-month average monthly total home sales were 1,057 units per month in February (up 38.9% year-over-year). Market Watch stated that they were encouraged by the fact that total home sales have running at this level for the last six months. 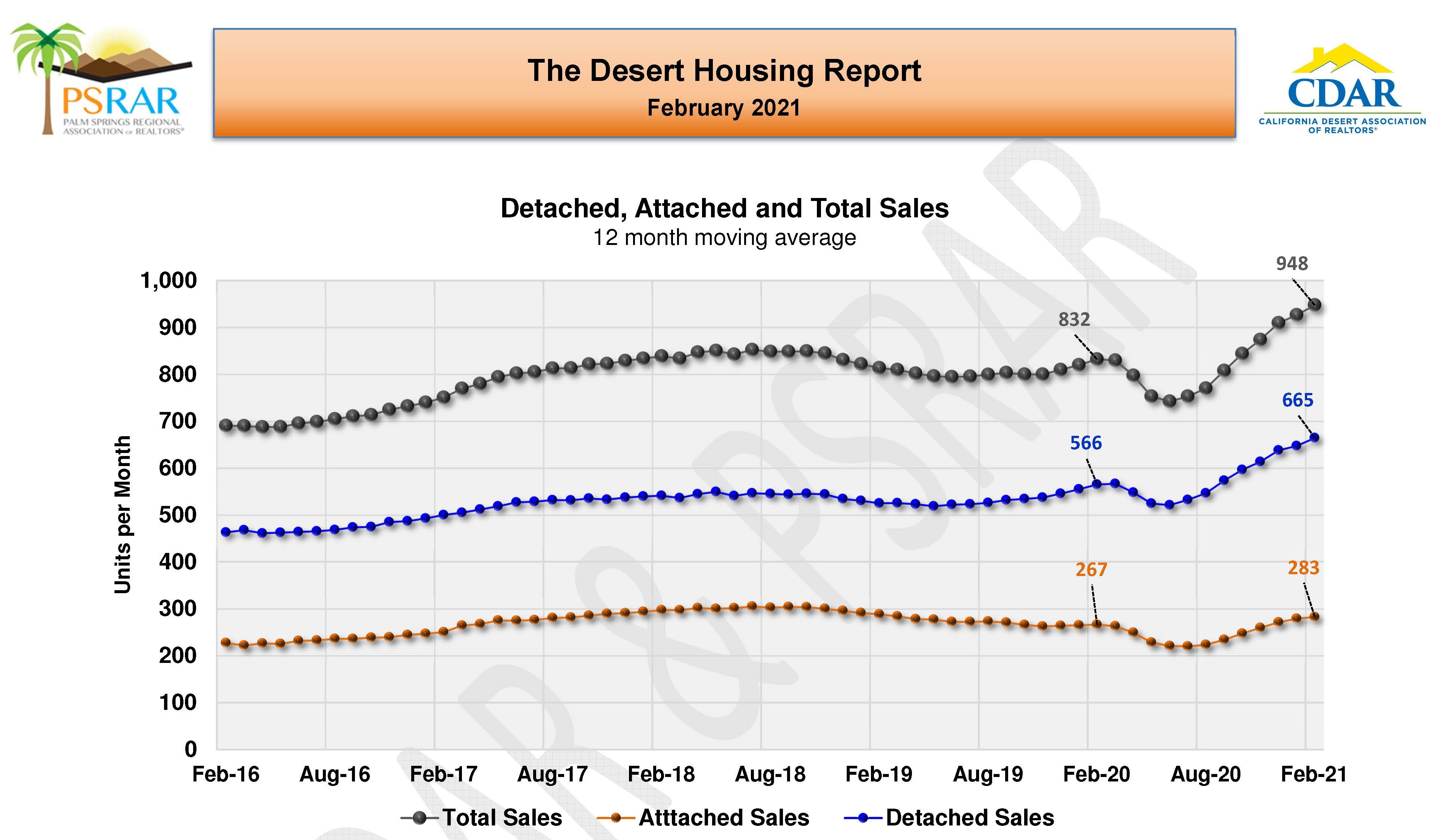 Market Watch felt that the twelve-month average monthly total, detached and attached home sales clearly showed the sharp dip in sales during the first three months of the pandemic as well as the sales surge that followed. They also noted that total home sales over the last twelve months averaged 948 homes per month and expressed their opinion that this sales level seemed to be trending even higher. 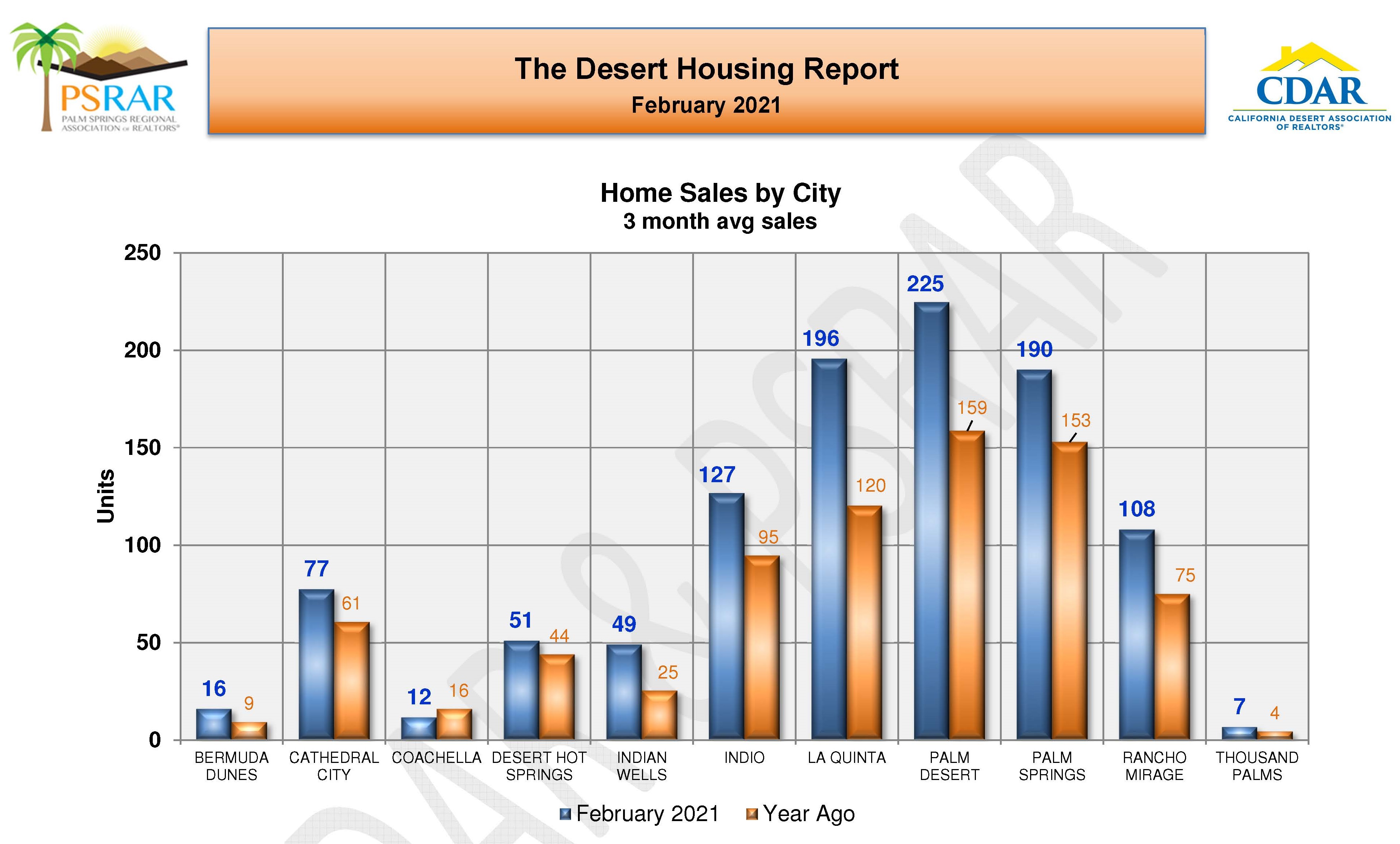 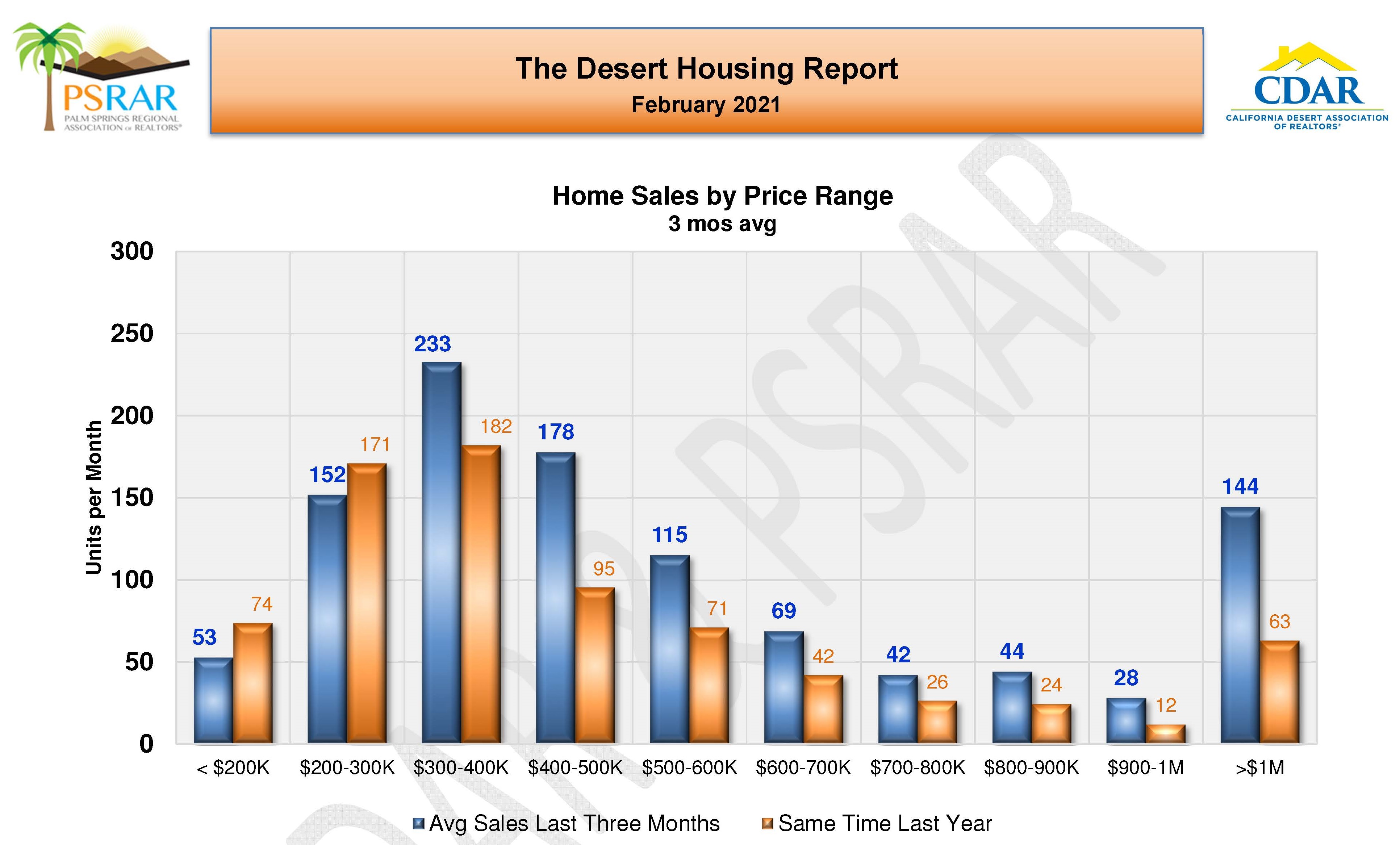 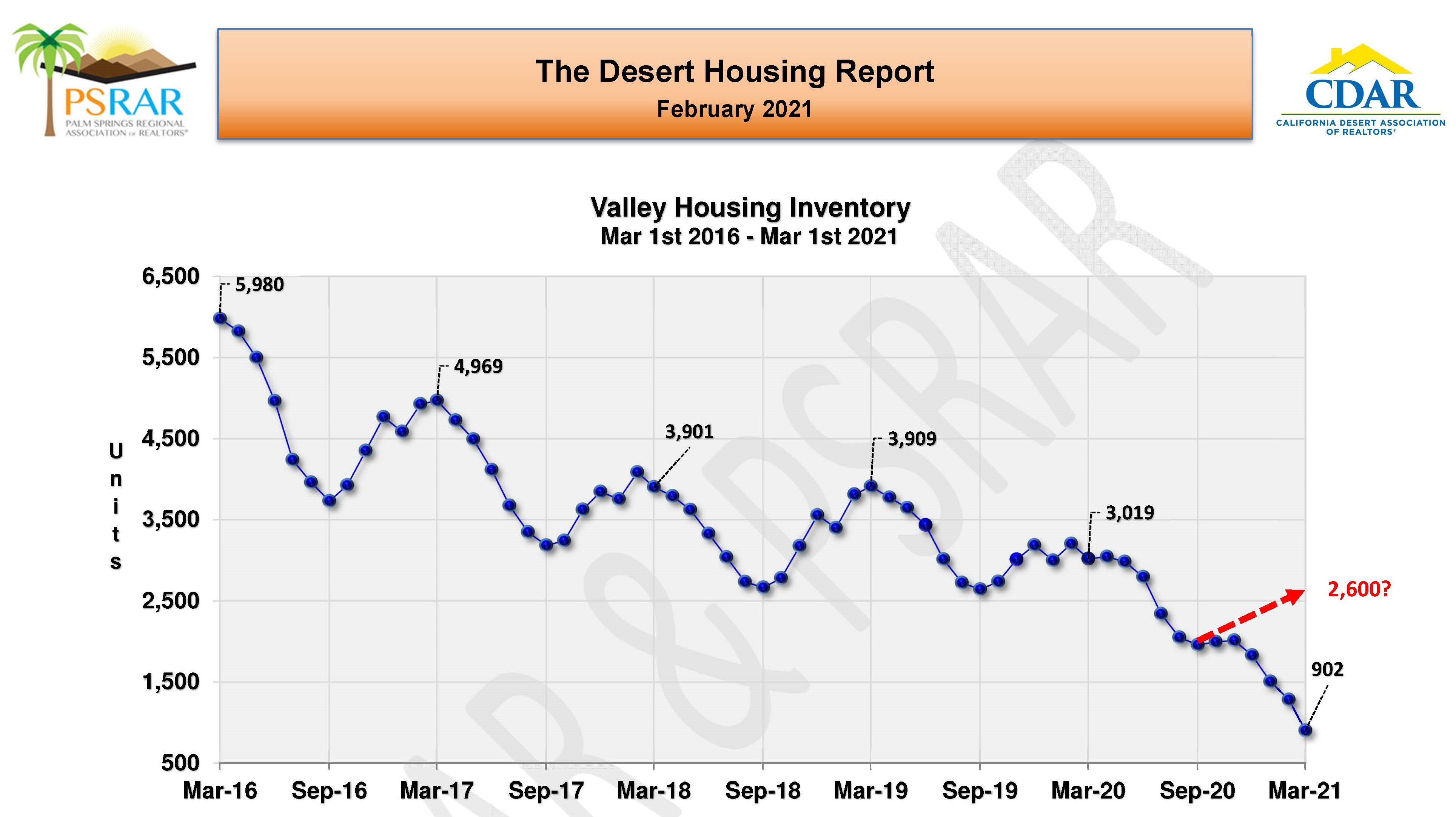 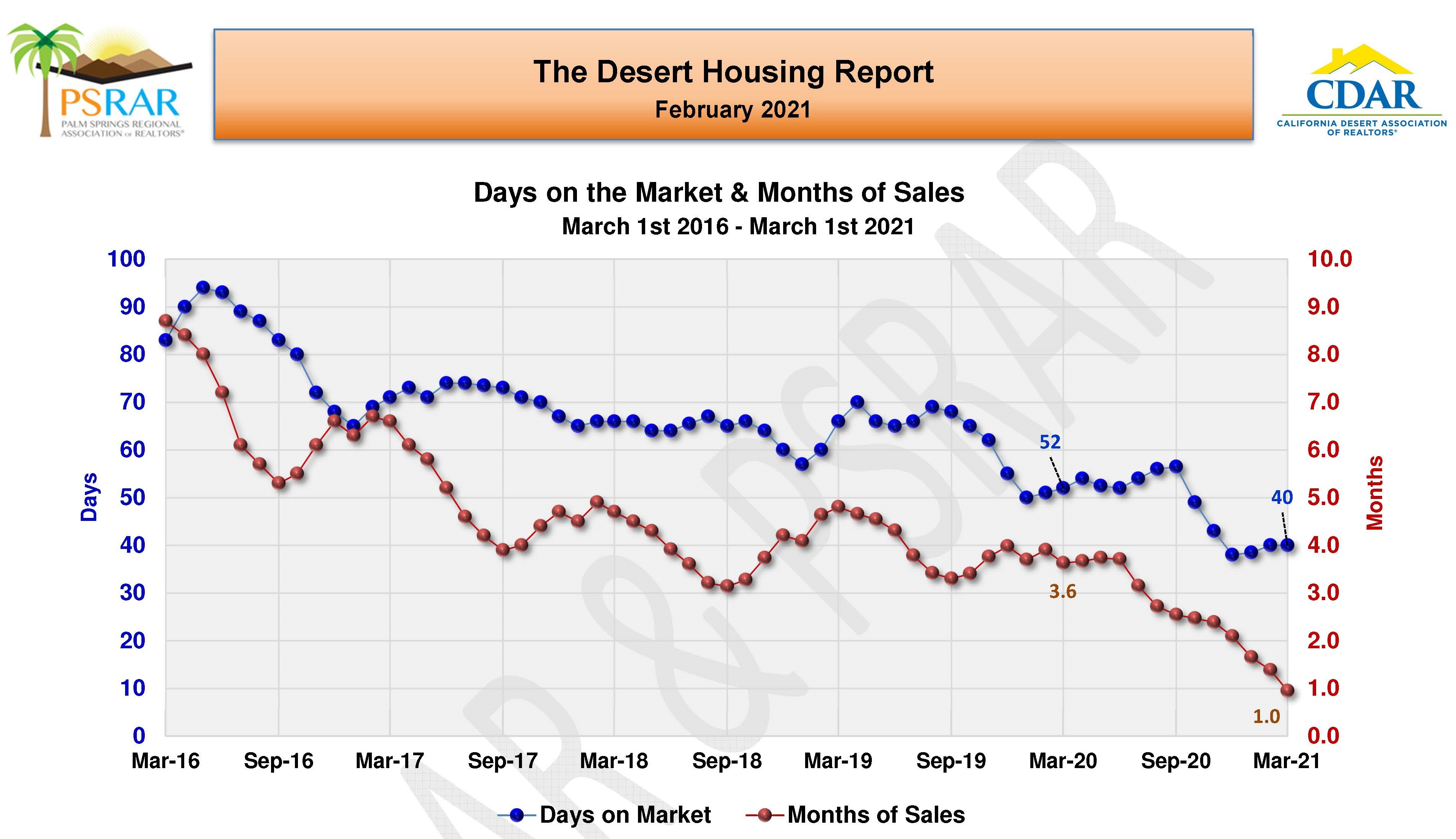 As would be expected, the large drop in housing inventory coupled with continued high sales has reduced the Coachella Valley months of sales ratio to an all-time low 1.0 months (compared with 3.6 months one year ago). This means that at the current sales rate it would take just one month to liquidate the entire Coachella Valley housing inventory. Market Watch stressed that this is the force of supply and demand that is driving prices higher almost daily. It is also the cause for the median value of days in the market dropping to just 40 days (compared to 52 days one year ago). 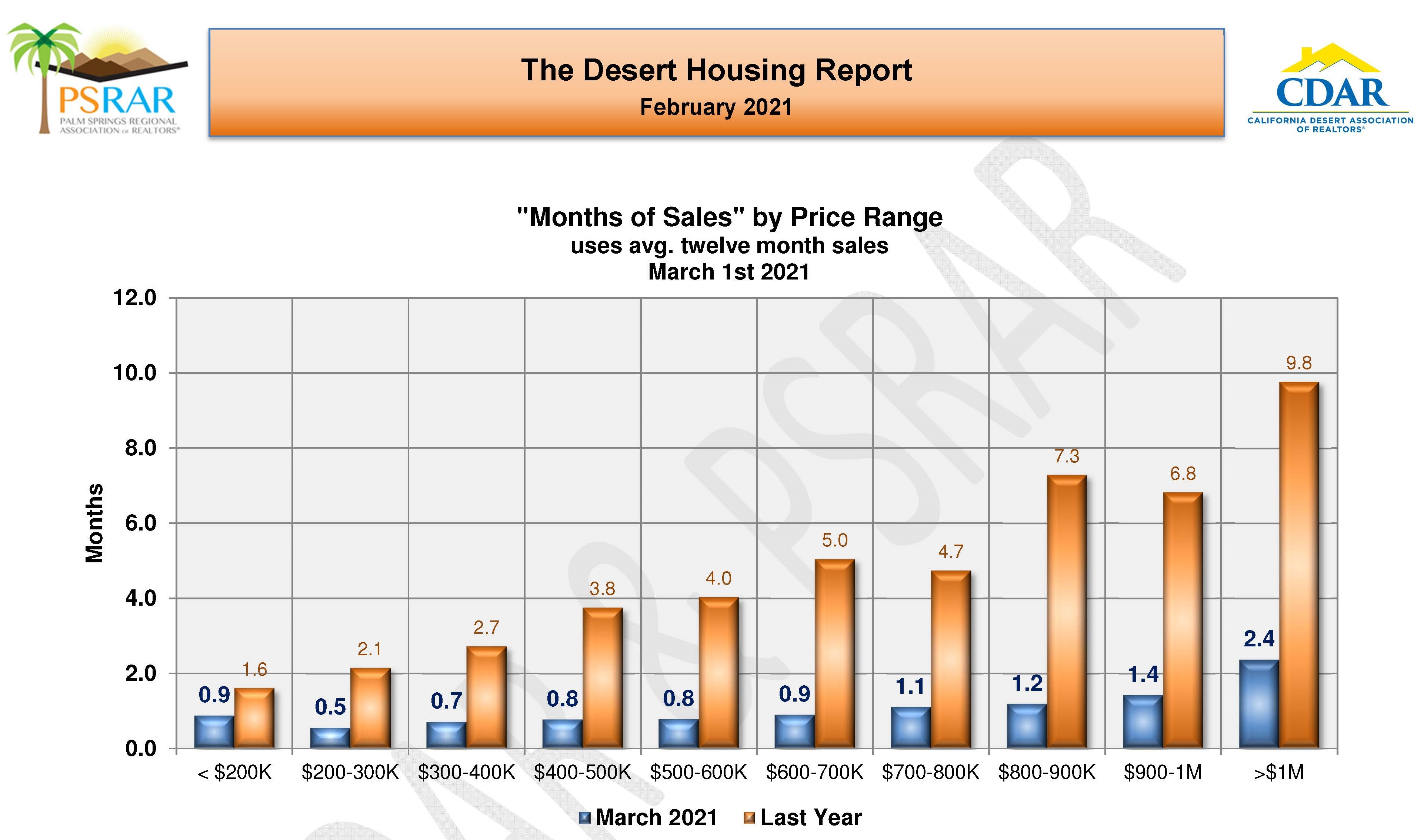 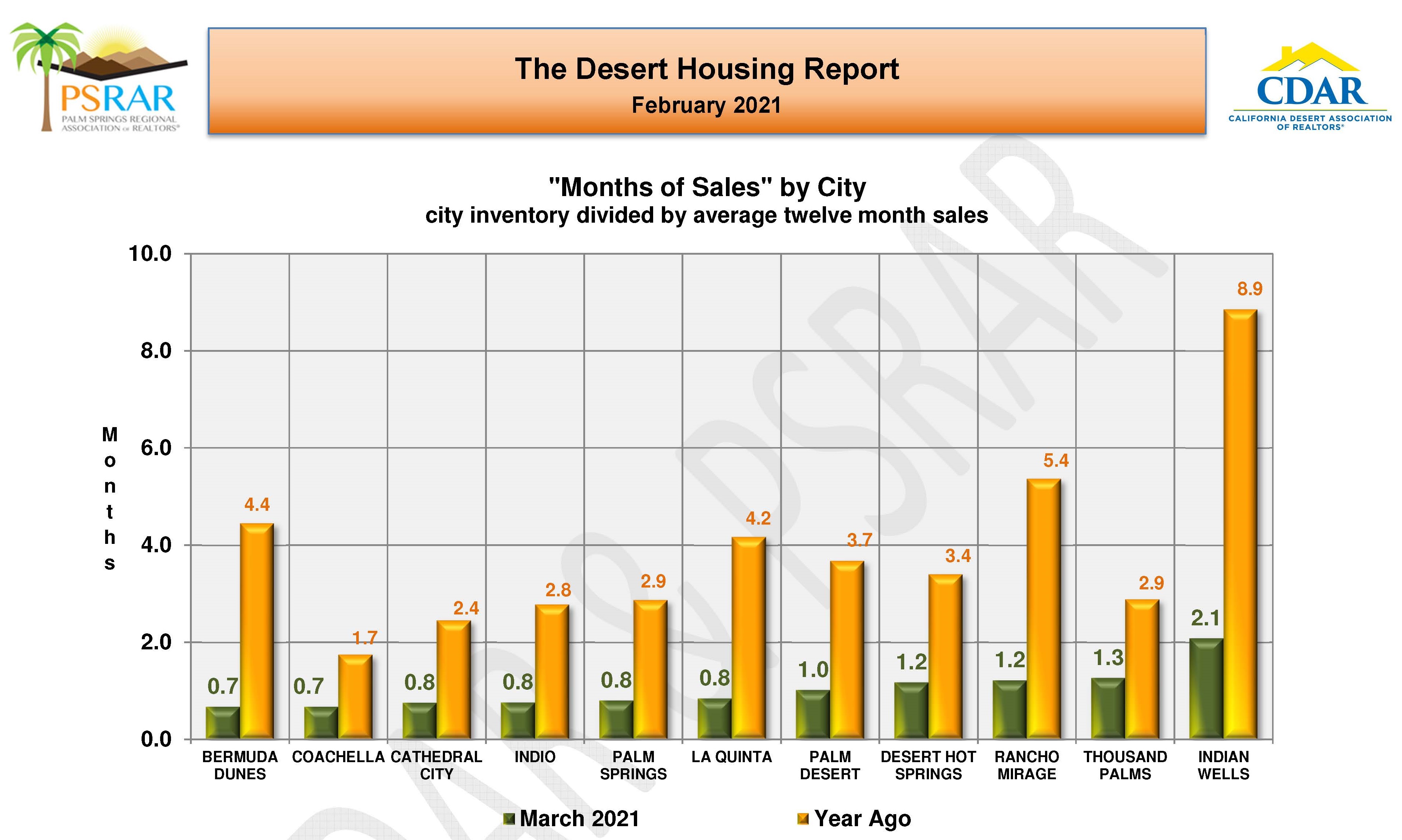 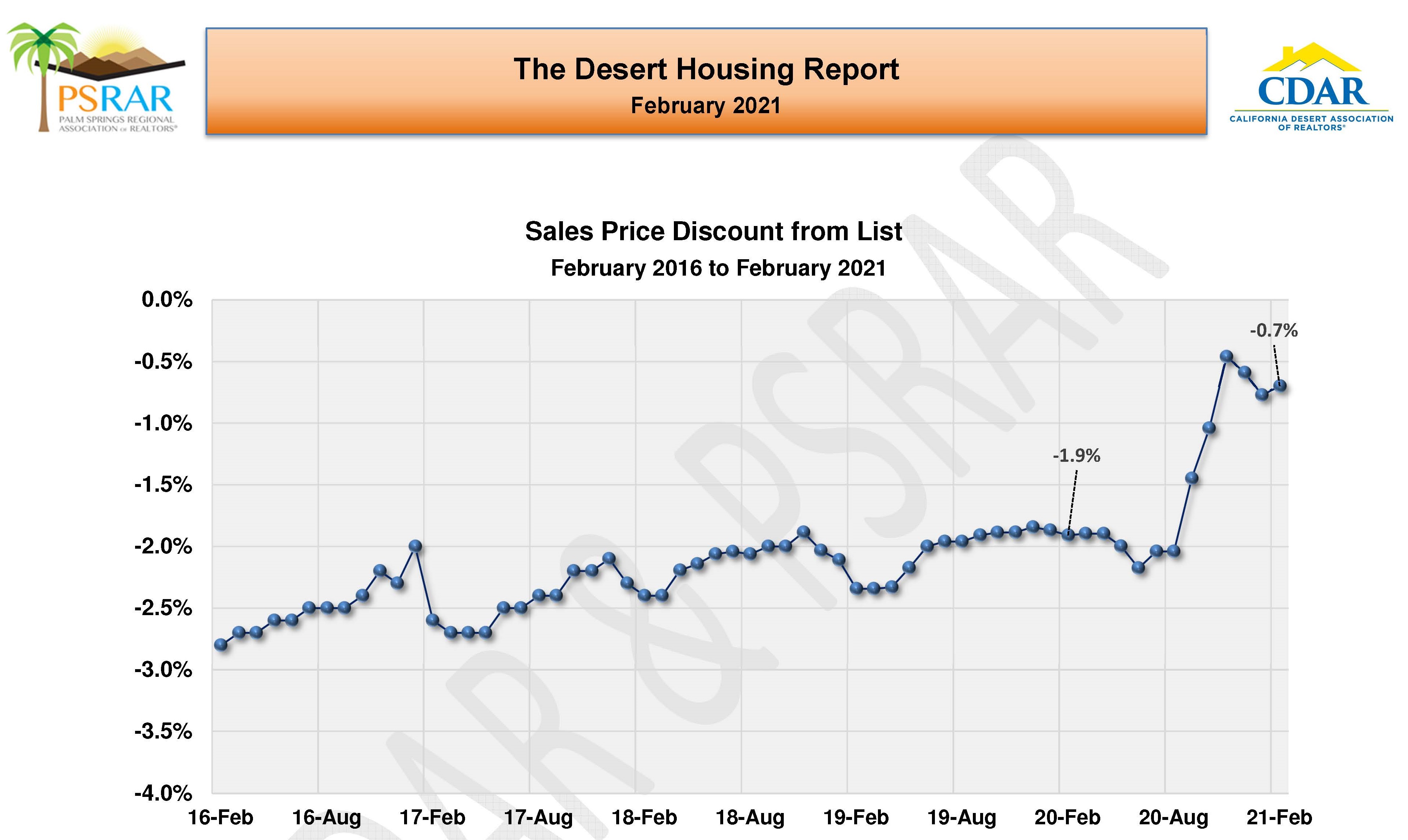 The February median value for sale price discount from list was -0.7%, which implies that an average Coachella Valley home offered at $500,000 sold for $496,500. Perhaps more importantly, Market Watch commented that in February one out of every four and a half homes continued to sell for more than its asking price.