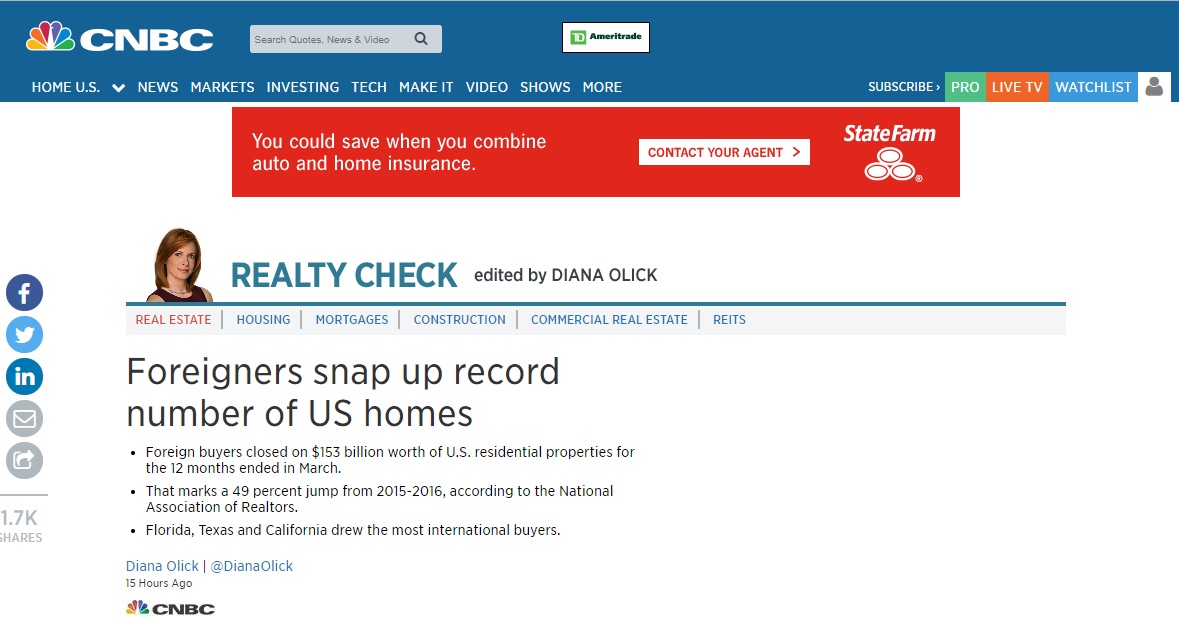 Diana Olick writes in CNBC.com’s Realty Check column that foreign purchases of U.S. residential real estate surged to the highest level ever in terms of number of homes sold and dollar volume.

According to the National Association of Realtors®, between April 2016 and March 2017, foreign buyers closed on $153 billion worth of U.S. residential properties, a 49 percent jump from the period a year earlier. Diana writes that this comes as a bit of as surprise because the current strength of the U.S. dollar against most foreign currencies makes U.S. housing even more expensive for foreign buyers. But apparently, the value of a financial safe-haven is outweighing the rising costs.

In this time period, foreign sales accounted for 10 percent of all existing U.S. home sales by dollar volume and 5 percent by number of properties. In total, foreign buyers purchased 284,455 homes, up 32 percent from the previous year. Half of all foreign sales were in just three states: Florida, California and Texas.

In terms of origins of foreign buyers, Chinese buyers led the pack for the fourth straight year, followed by buyers from Canada, the United Kingdom, Mexico and India. Russian buyers made up barely 1 percent of the purchases.

The biggest overall surge in sales in the last year came from Canadian buyers, who scooped up $19 billion worth of properties, mostly in Florida. They are also spending more, with the average price of a Canadian-bought home nearly doubling to $561,000. According to Elli Davis, a Toronto area real estate agent, there are simply more baby boomers downsizing their primary home and cashing out of big city houses worth $2 million-plus, and purchasing a second or third home in Florida.

Nonresident buyers from Mexico nearly doubled their purchases by dollar volume from a year earlier, coming in third behind Chinese and Canadian buyers. In general, Diana notes that Mexican buyers have been buying less expensive homes, with the average purchase price of buyers from Mexico coming in at about $327,000, compared with the $782,000 average among Chinese buyers and $522,000 for Indian buyers. Mexican buyers overwhelmingly favored homes in Texas, while Chinese buyers opted more for California and, increasingly, Texas. This may indicate that Chinese buyers are being priced out of California. In fact, the average price of a home purchased by a buyer from China fell from about $937,000 to $782,000, even as the number of properties purchased jumped to nearly 41,000 from 29,000. The drop in purchasing power likely stems from tightened regulations in China with regards to capital outflow.

While international interest was quite strong in the second half of last year, Diana writes that it may now be weakening due to tighter regulations in China and weakening currencies in some international markets.

Foreign Purchases Of U.S. Domestic Real Estate At A Glance: 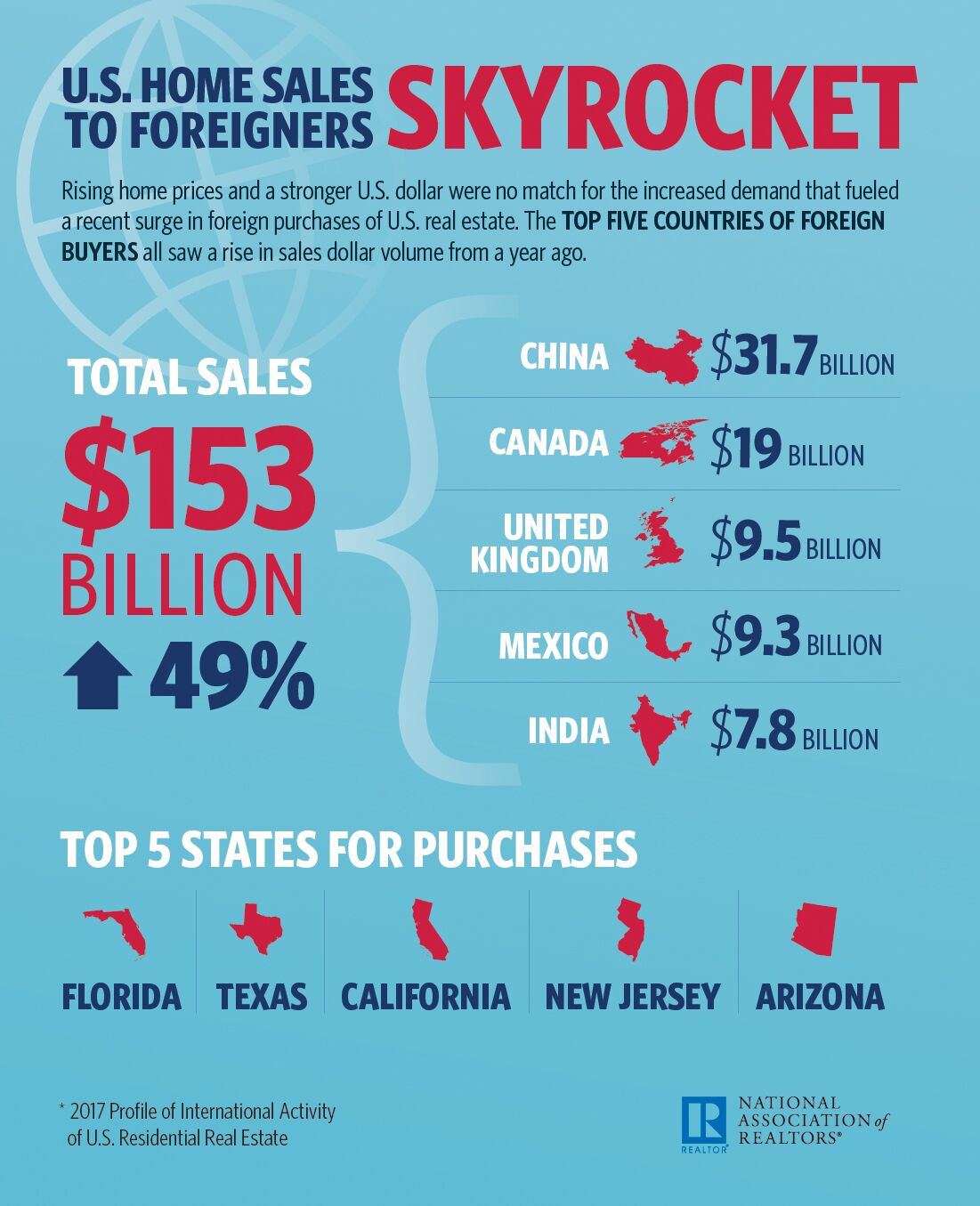