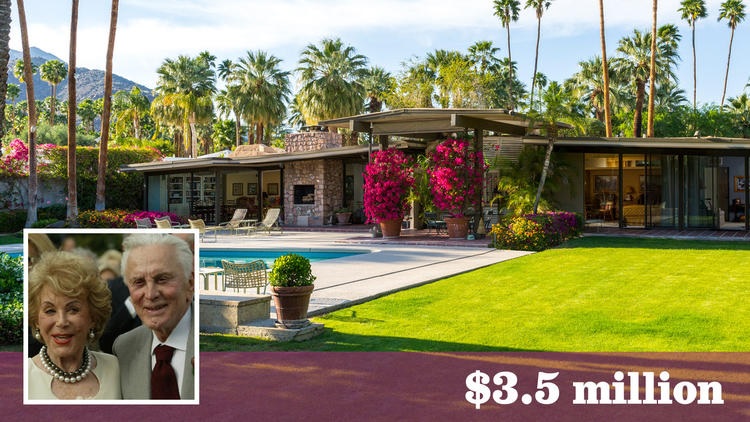 Neil J. Leitereg writes in the Los Angeles Times that the onetime Palm Springs estate of actor, Kirk Douglas and his wife, Anne, has sold for $3.5 million or $50,000 more than the asking price.

The buyers are the owners of Roots Canada, a Toronto-based activewear and lifestyle brand founded by Michael Budman and Don Green.

Located behind stone walls and gates in the Old Las Palmas section of Palm Springs, the three-quarters of an acre estate centers on a low-slung midcentury modern style main house, designed by modernist architect Donald Wexler and completed in 1954. Beamed ceilings, saltillo tile floors and a foyer lined in flagstone and pecky cypress lend a vintage touch to the 4,000 square feet of interiors. Walls of floor-to-ceiling glass bring the outdoors inside. A formal sitting area, living and dining rooms, a mirrored wet bar, five bedrooms and eight bathrooms lie within a single story. An updated kitchen sports a more contemporary look with granite countertops and custom cabinetry.

Outdoors, landscaped grounds include various patios, a garden atrium, a K-shaped saltwater swimming pool and a tennis court. A pavilion with walls decorated in vintage movie posters sits between the court and pool.

Douglas acquired the property from Charles Howard, whose father owned the championship racehorse Seabiscuit, and his wife, screen actress Andrea Leeds, in the late 1950s and used it as the family retreat for decades. He sold it in 1999 for $1.3 million, records show. Douglas, 99, was nominated for three Academy Awards and received an Oscar for lifetime achievement in 1996. His film credits include “Champion” (1949), “20,000 Leagues Under the Sea” (1954) and “Spartacus” (1960). 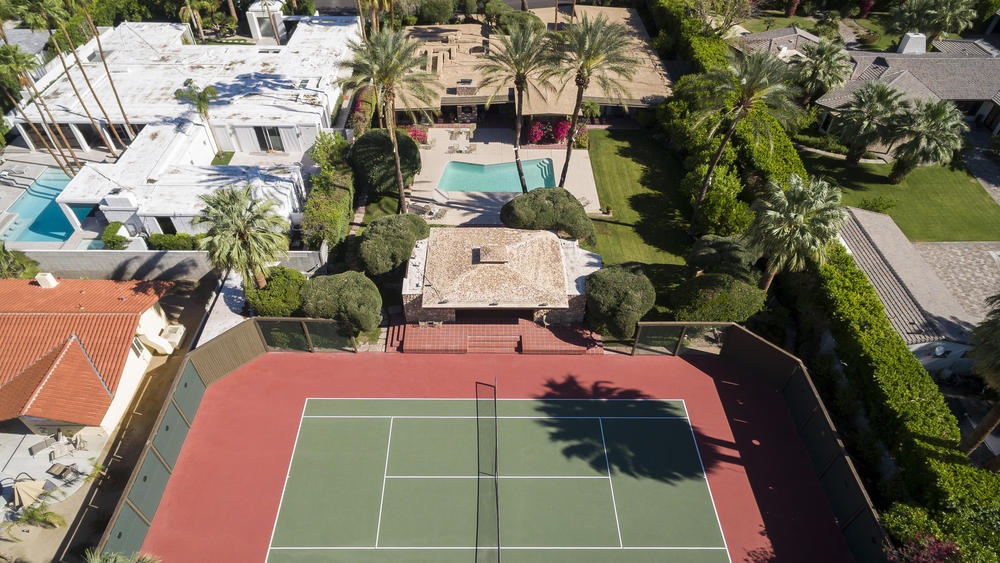 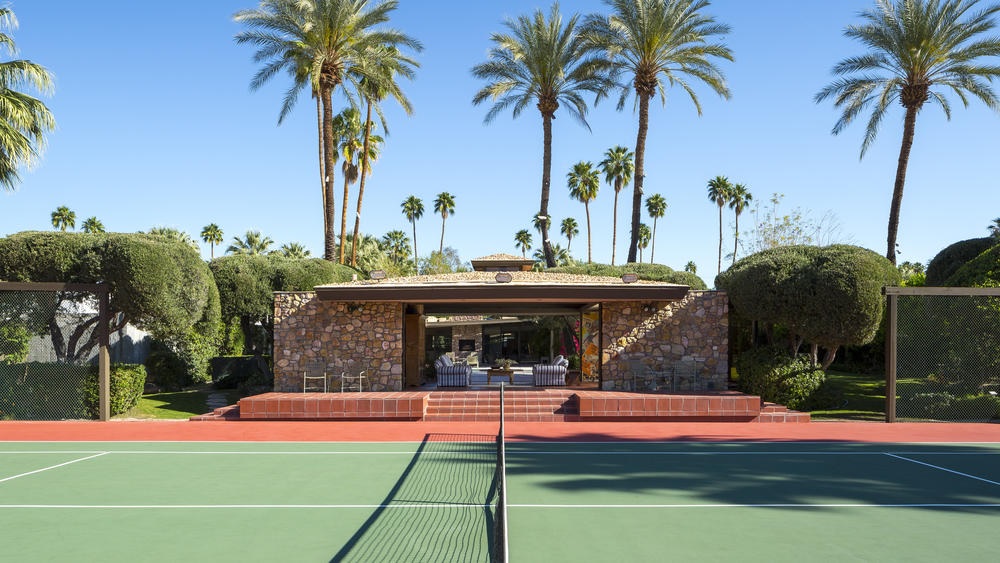