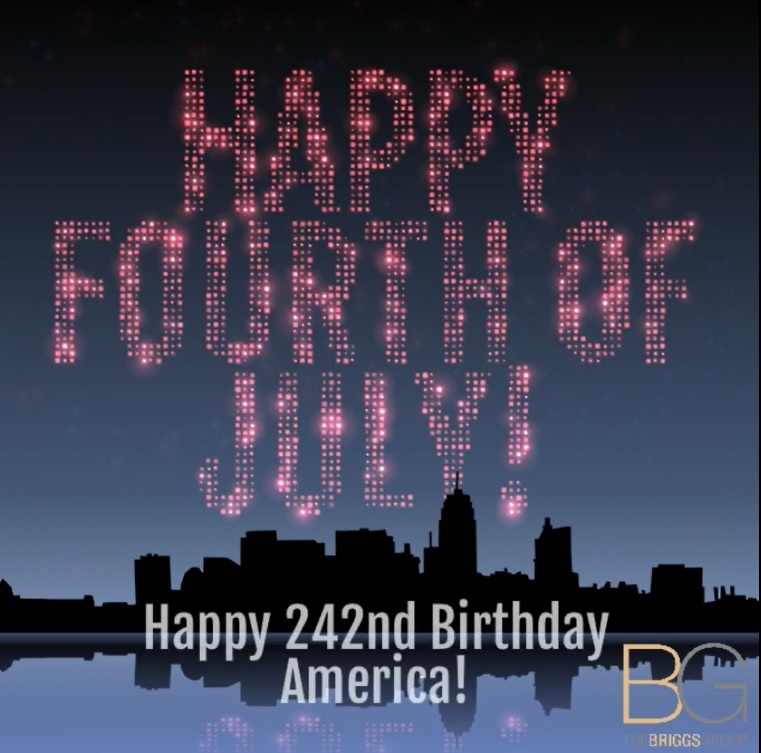 (Please click on the image above to let the fireworks begin)

Did you know?  Here, courtesy of BBC History, Tom Cutterham, a lecturer in US History at the University of Birmingham, explains why Americans celebrate on the Fourth of July…

Though the American Revolutionary War began in April 1775, the colonies did not initially demand complete separation from British rule; instead they sought more autonomy within the British Empire. However, British treatment of the American colonists as clear rebels and enemies over the opening months of the conflict leant weight to arguments for independence and, on 2 July 1776, in Philadelphia’s State House, representatives from 13 of Britain’s colonies in North America voted, at last, to publicly break their bonds with the mother country and its king, George III.

But 2 July is not the day that Americans celebrate every year. They chose instead 4 July, two days later, when Congressmen signed the finished version of the Declaration of Independence – a document that would announce their decision to the world.

Take a quick look at this beautiful country in “America from the Air”…a video from SkyworksHD: https://youtu.be/oxktUBFzcsQ

or in the longer “Flying Over America” …a video from YessianMusic: https://youtu.be/KcuDdPo0WZkM