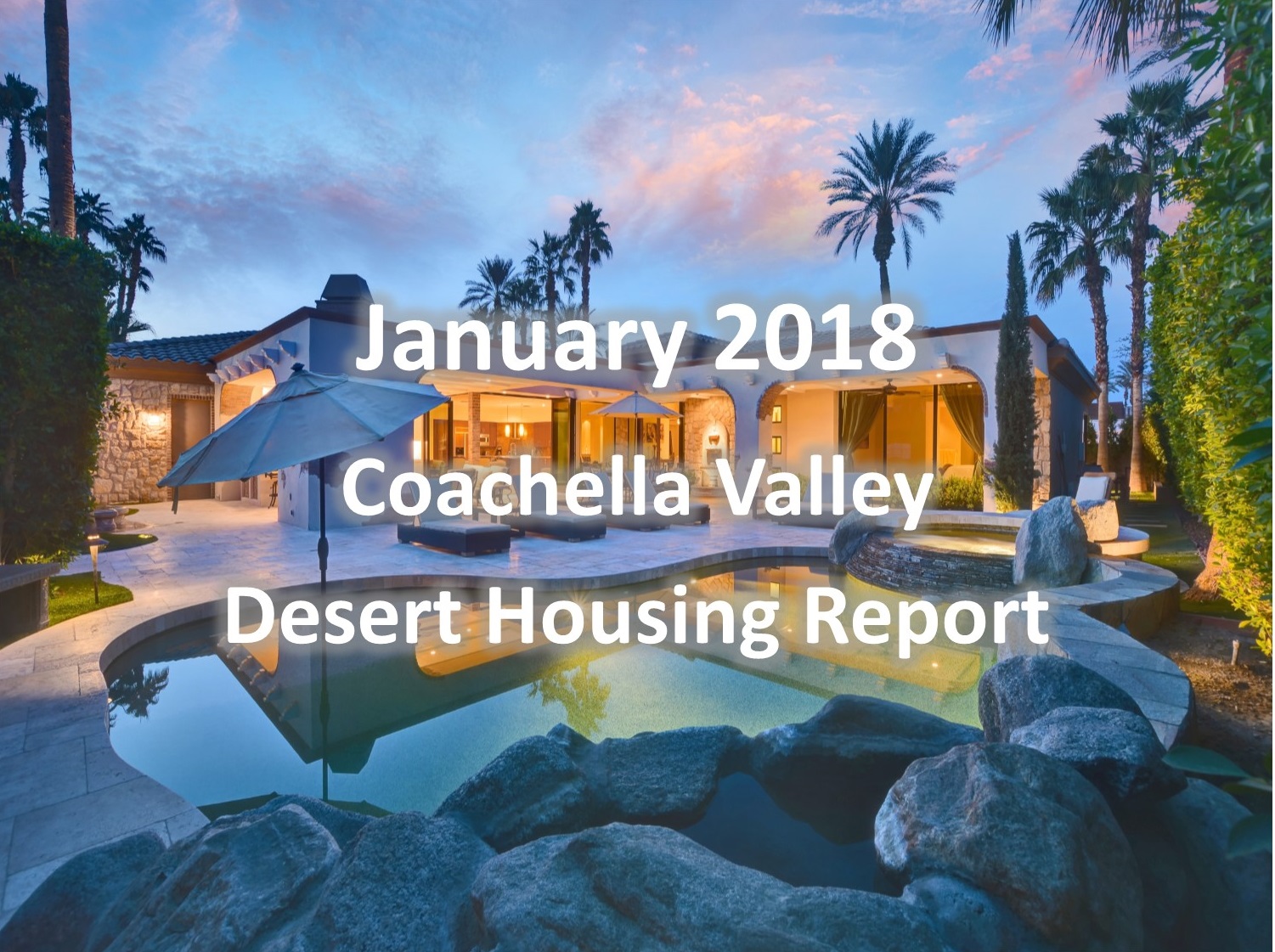 Local real estate experts, Market Watch LLC, have just released their review of real estate activity in the Coachella Valley for the month of January. Some of their findings are as follows: 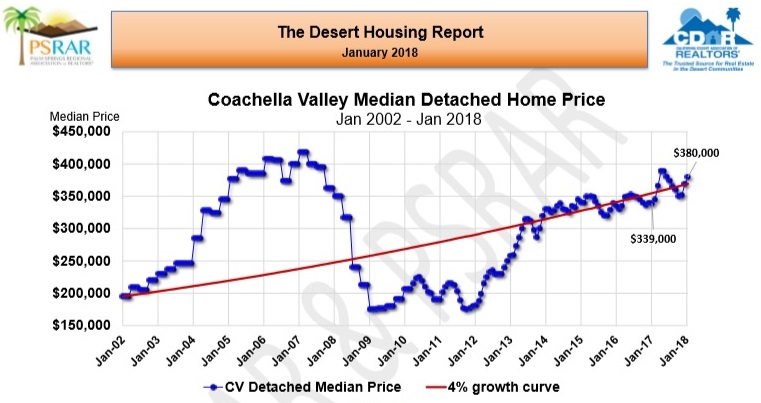 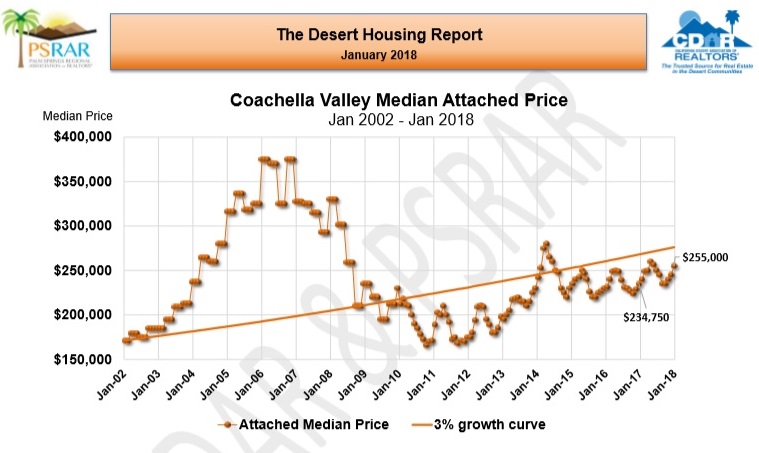 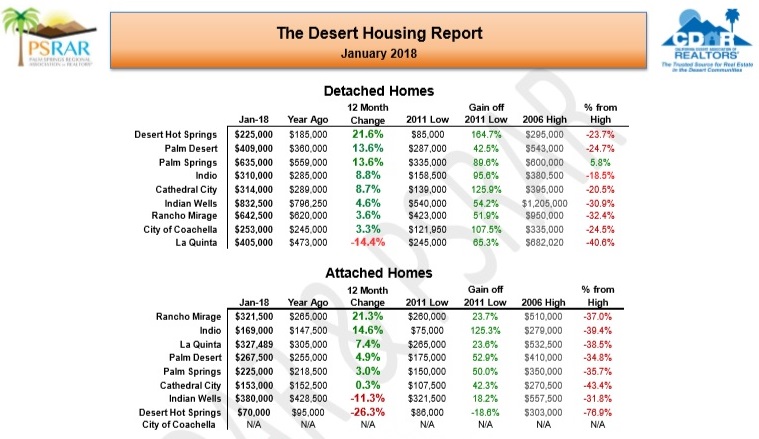 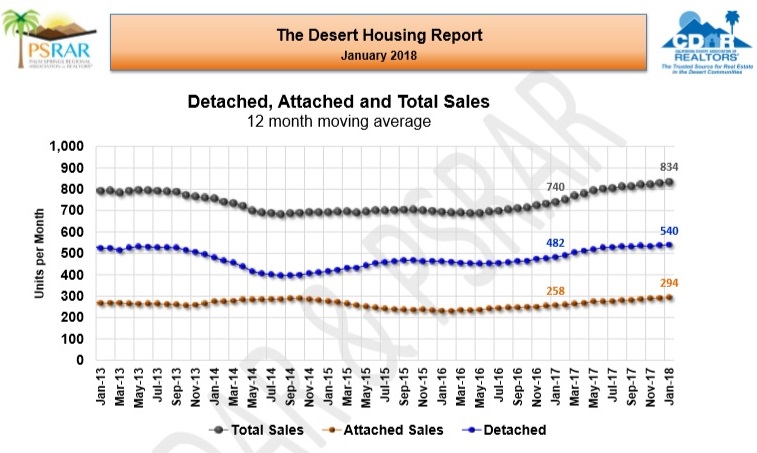 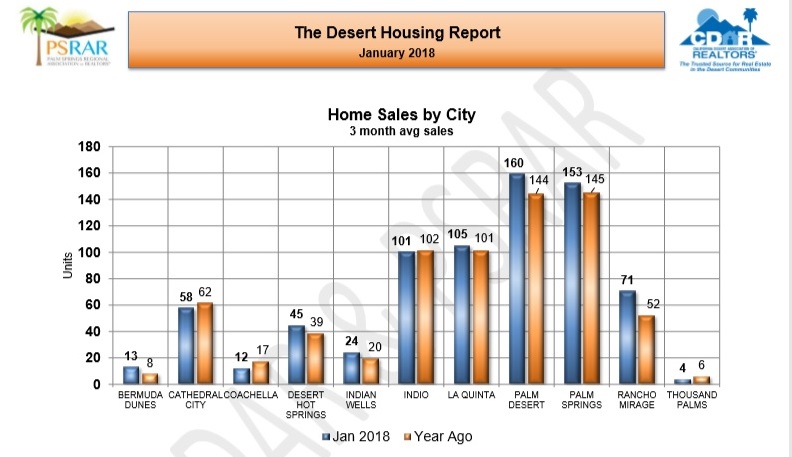 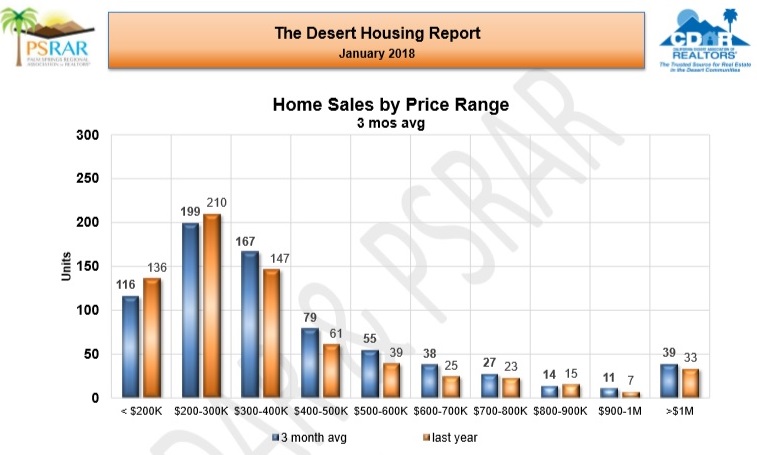 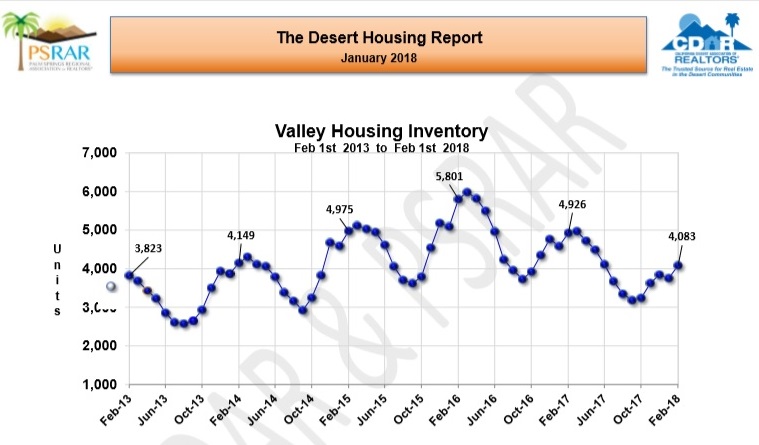 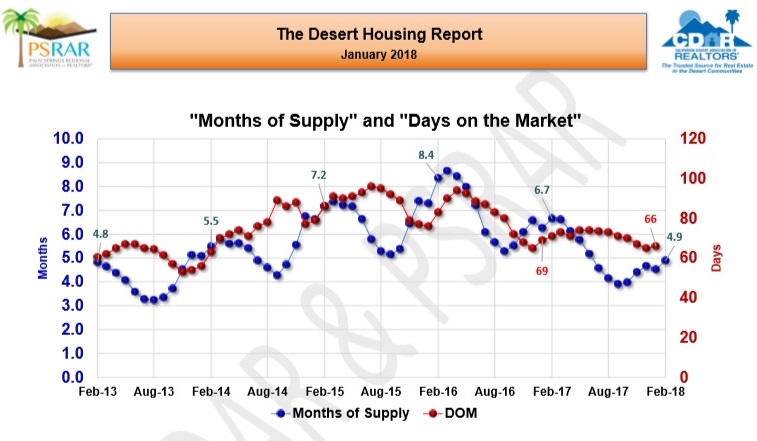 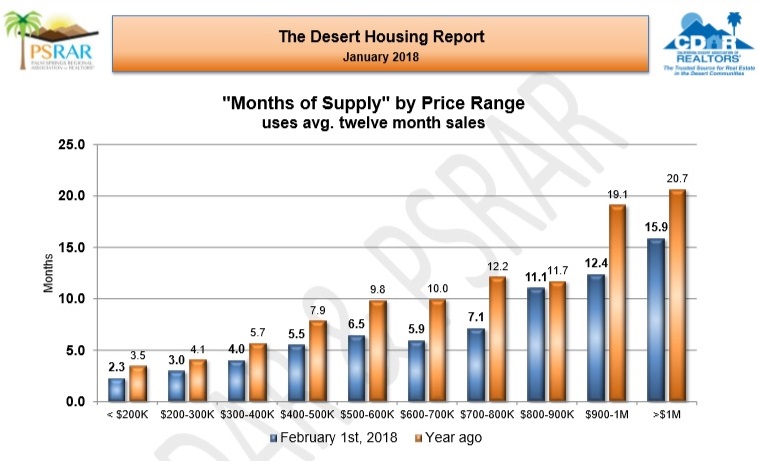 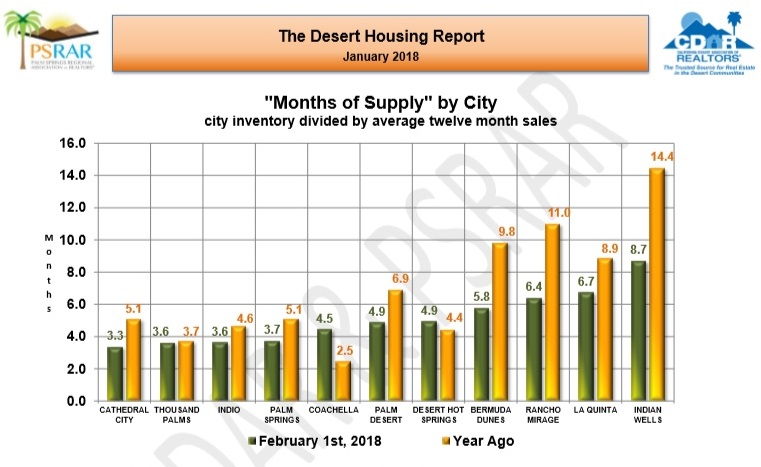 With regard to months of supply by price range, inventory improvement compared to a year ago is found in all price brackets, especially between $400k and $800k. Of eleven Coachella Valley cities, only three (Rancho Mirage, La Quinta and Indian Wells) have months of supply ratios over six months. Four Coachella Valley cities (Cathedral City, Thousand Palms, Indio and Palm Springs) all have months of supply ratios below four months, which is a very healthy sign. Market Watch noted that even Palm Desert, which a few years ago had ratios consistently over six months, is now at 4.9 months.