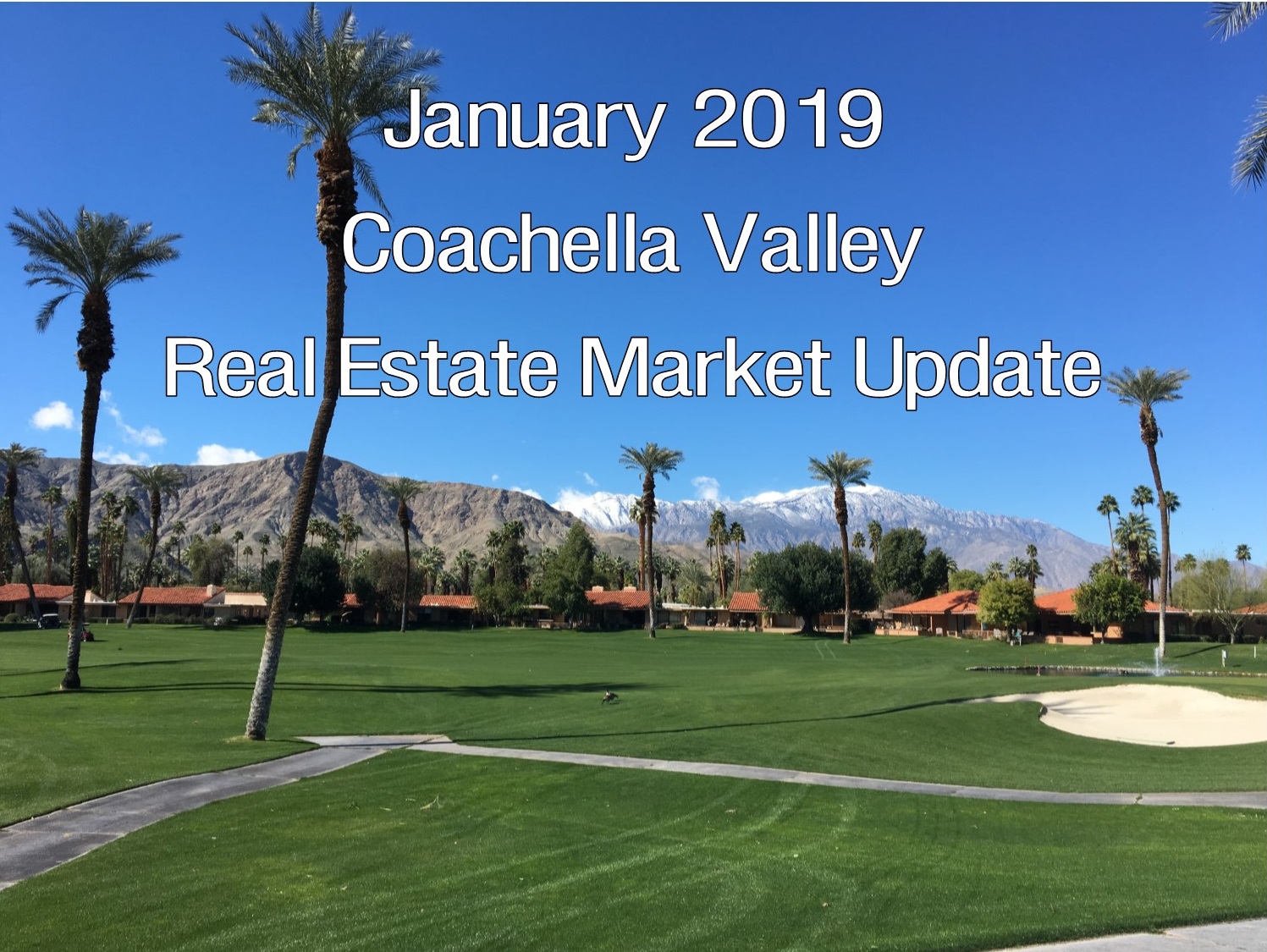 Our local real estate market experts, Market Watch LLC, have just released their January 2019 Coachella Valley Desert Housing Report and we wanted to share some of their key findings and opinions with you: 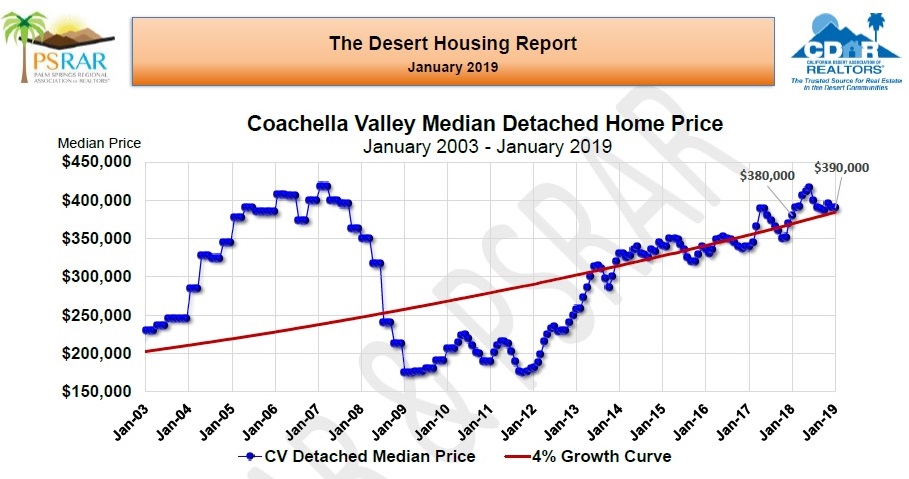 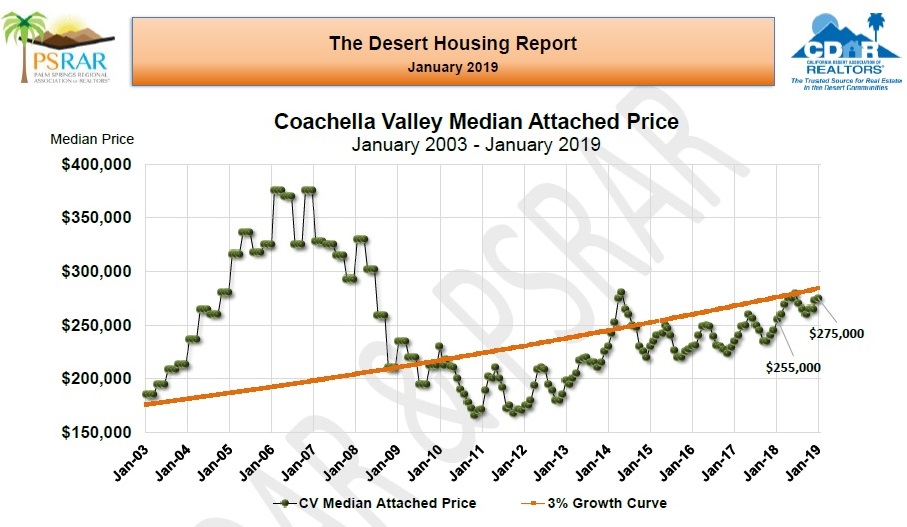 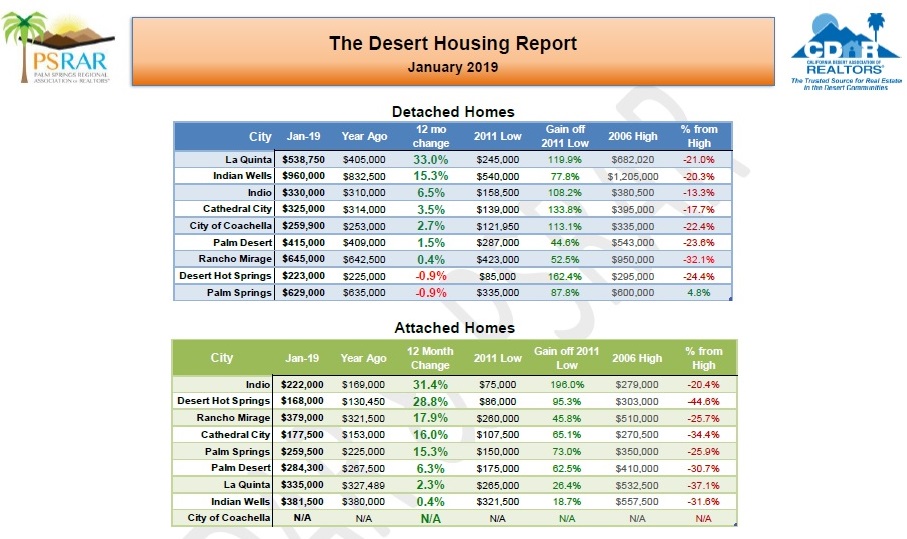 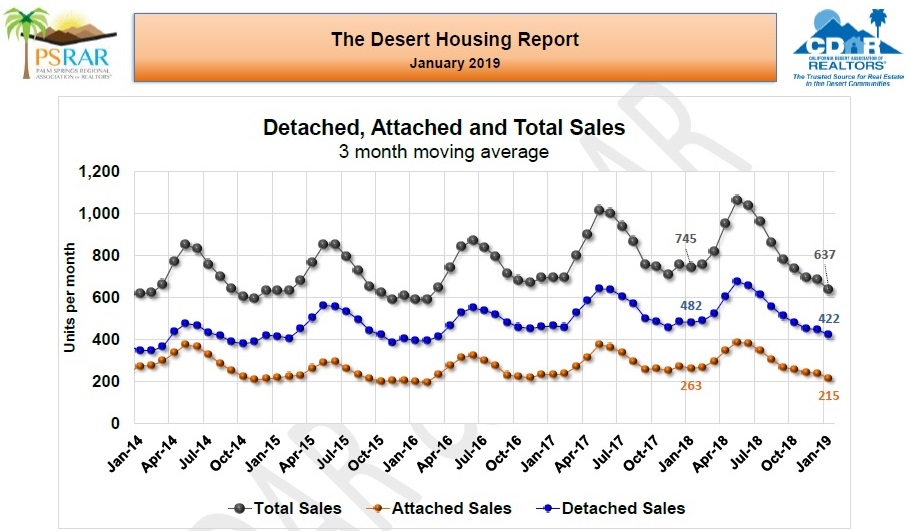 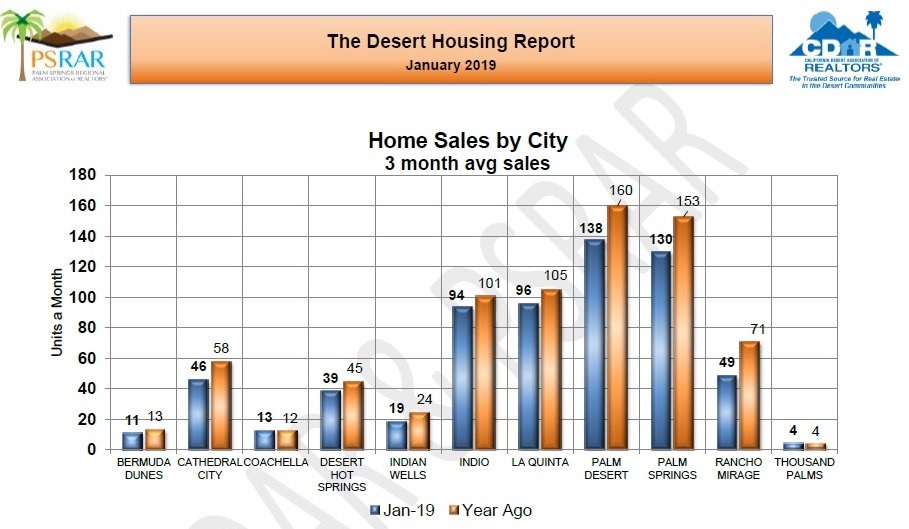 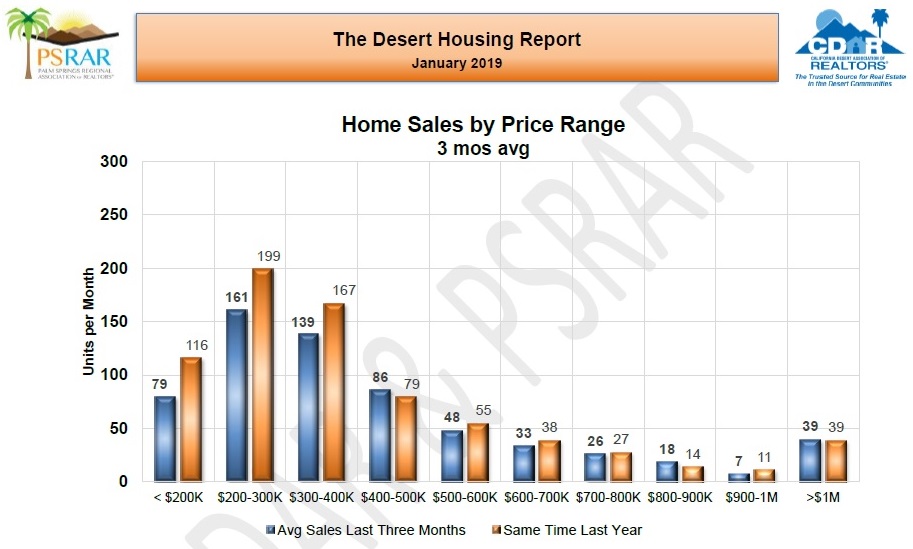 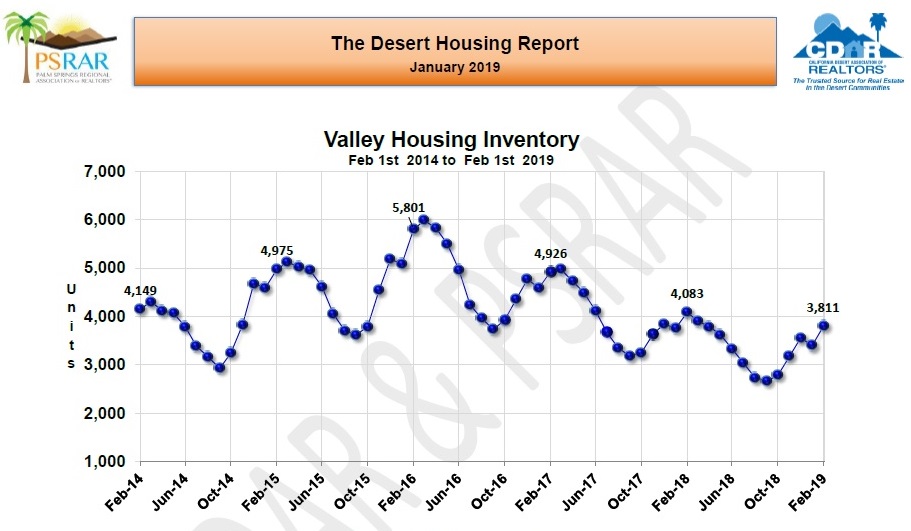 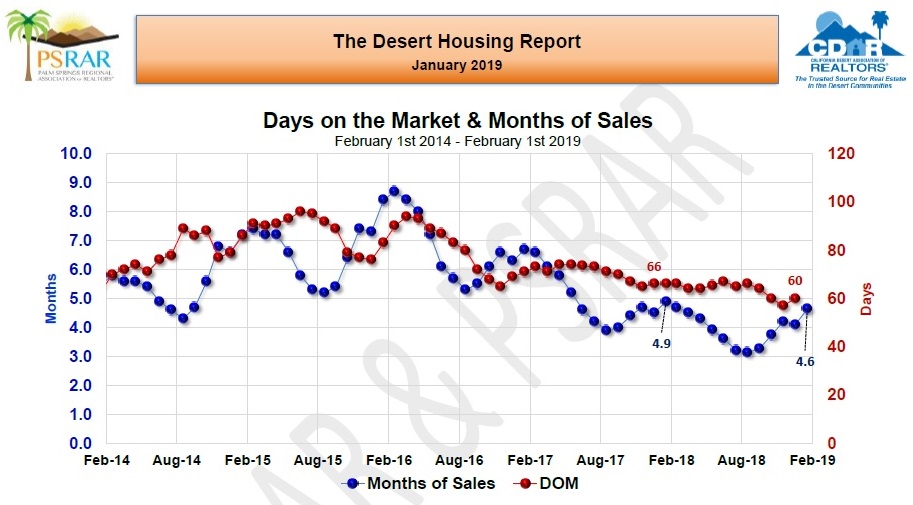 Market Watch’s analysts explained that the months of sales ratio and median number of days on the market show a well contained and strong market. Even with lower sales, the months of supply ratio stood at 4.6 months (compared with 4.9 months of supply on February 1st, 2018). Market Watch’s analysts noted that the median number of days on the market (60 days) in January was 6 days lower than January 2018. 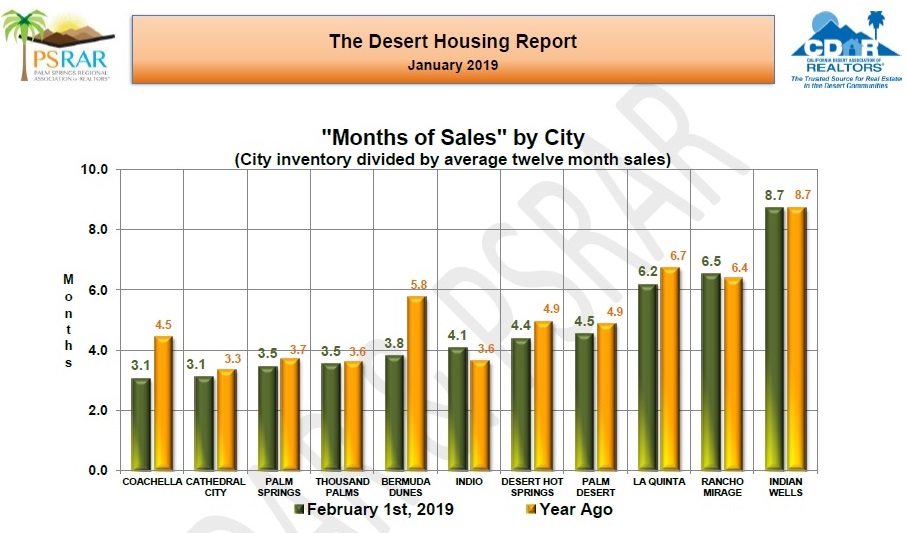 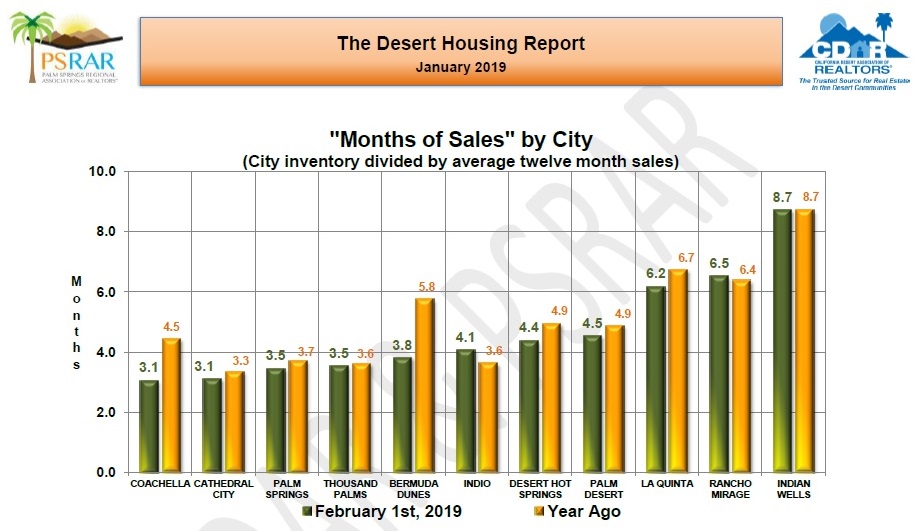