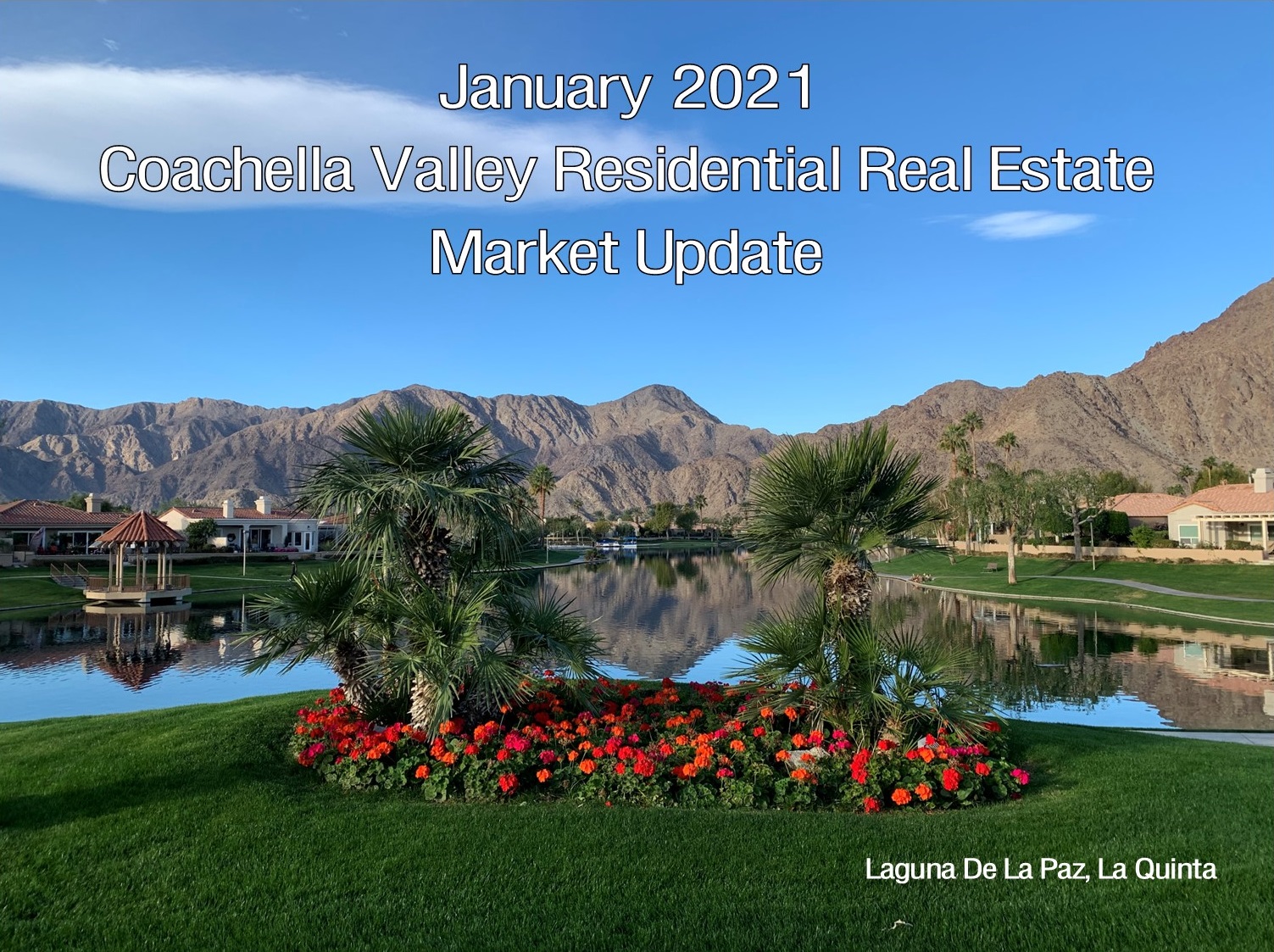 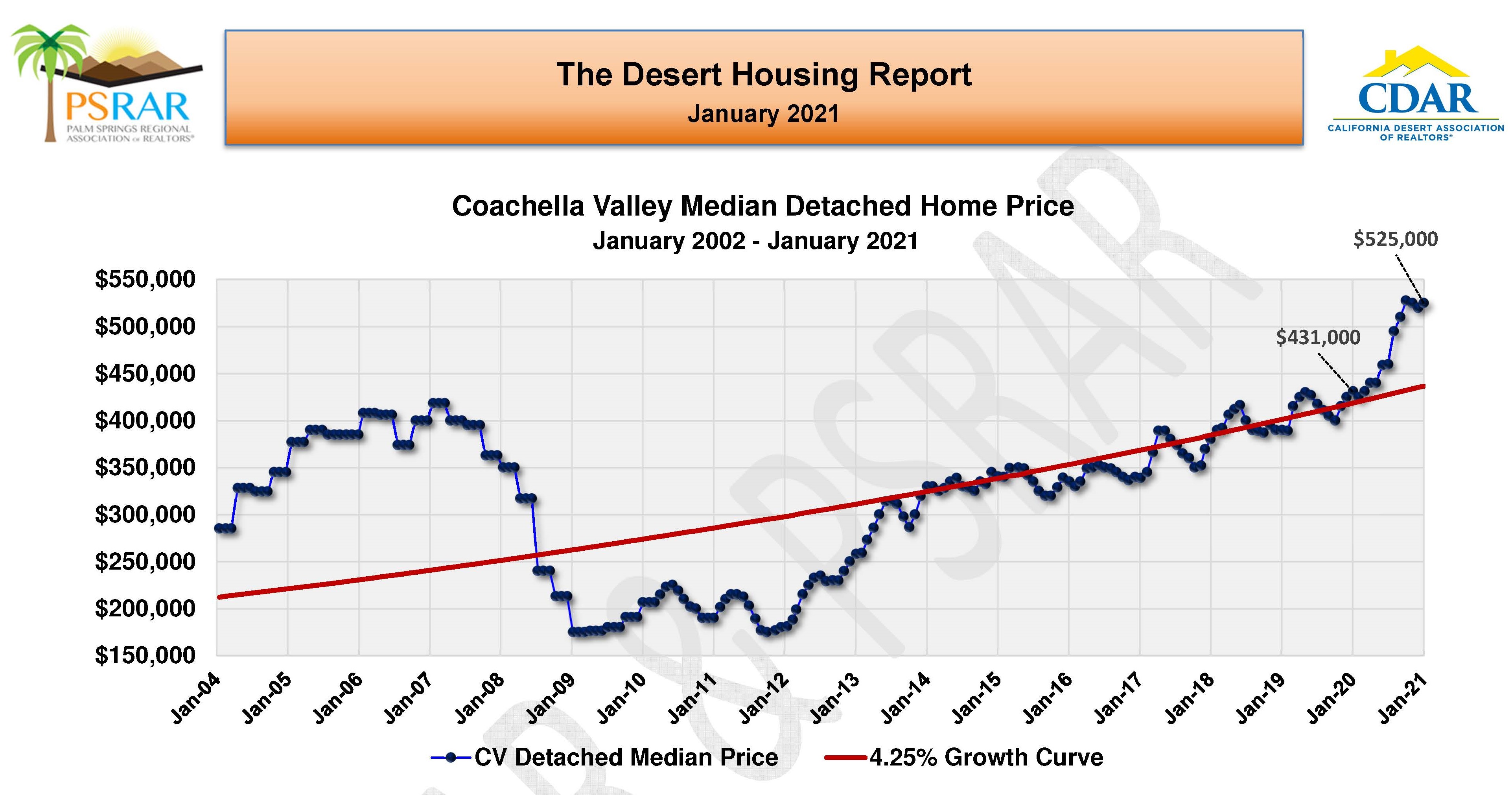 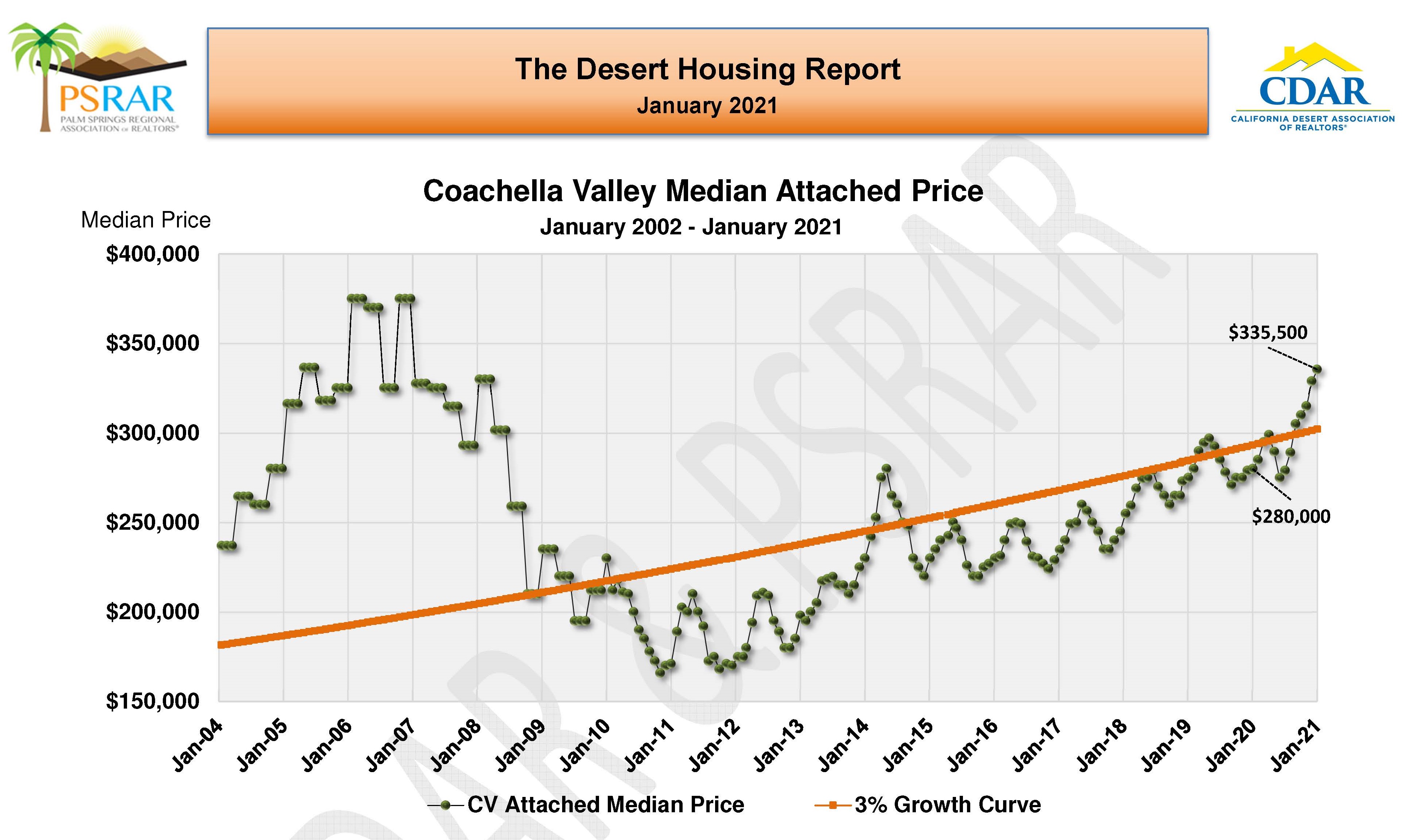 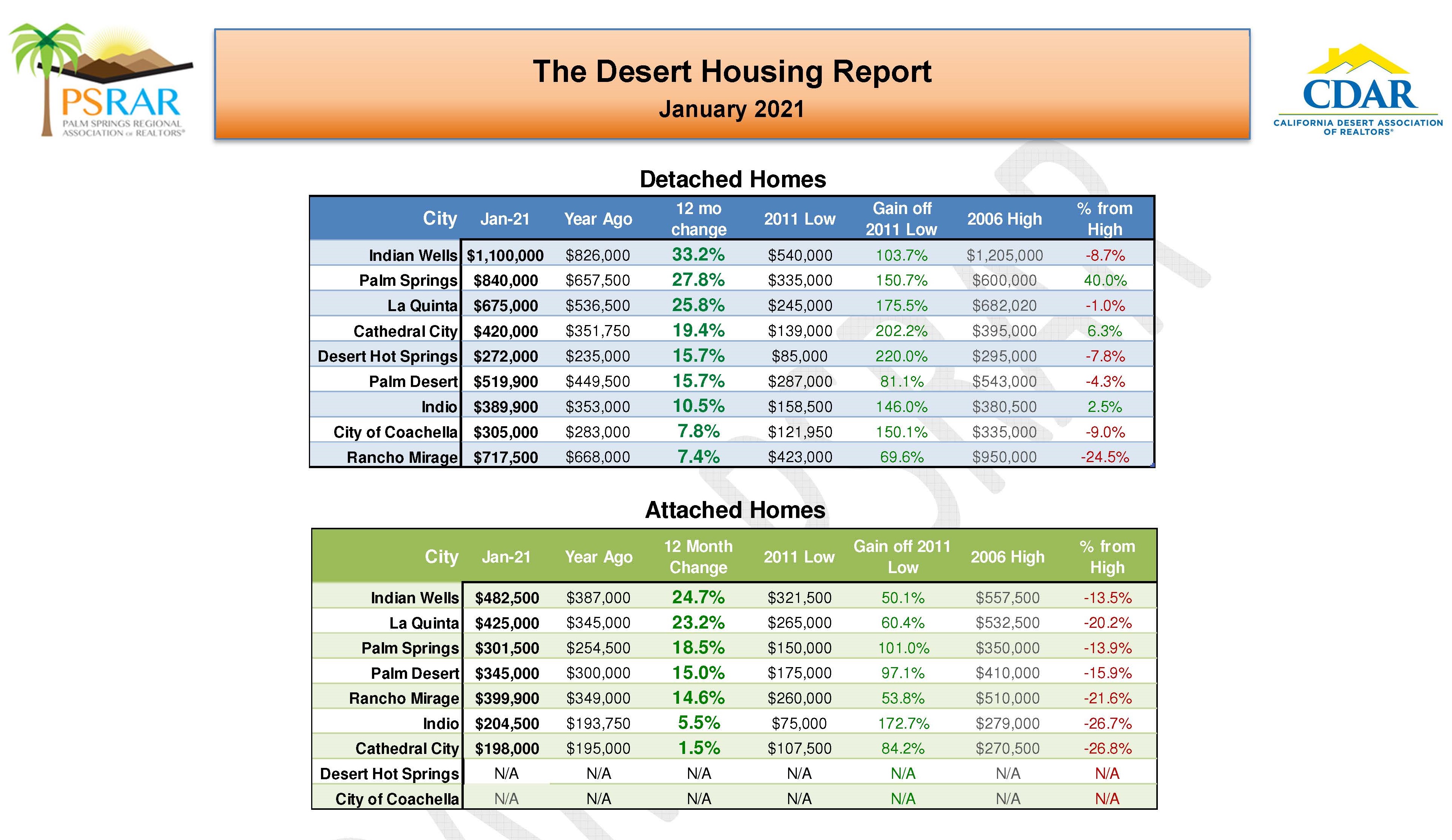 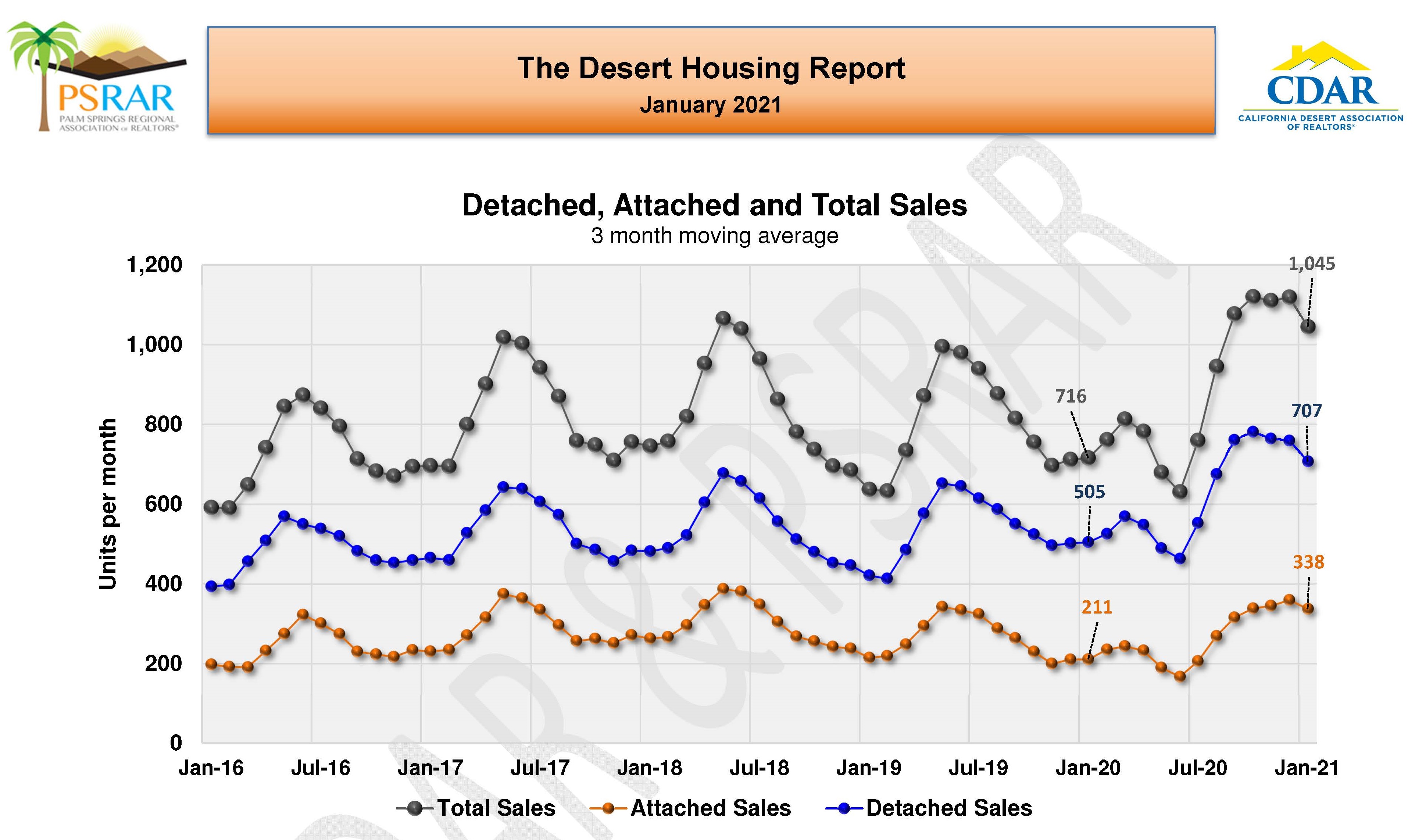 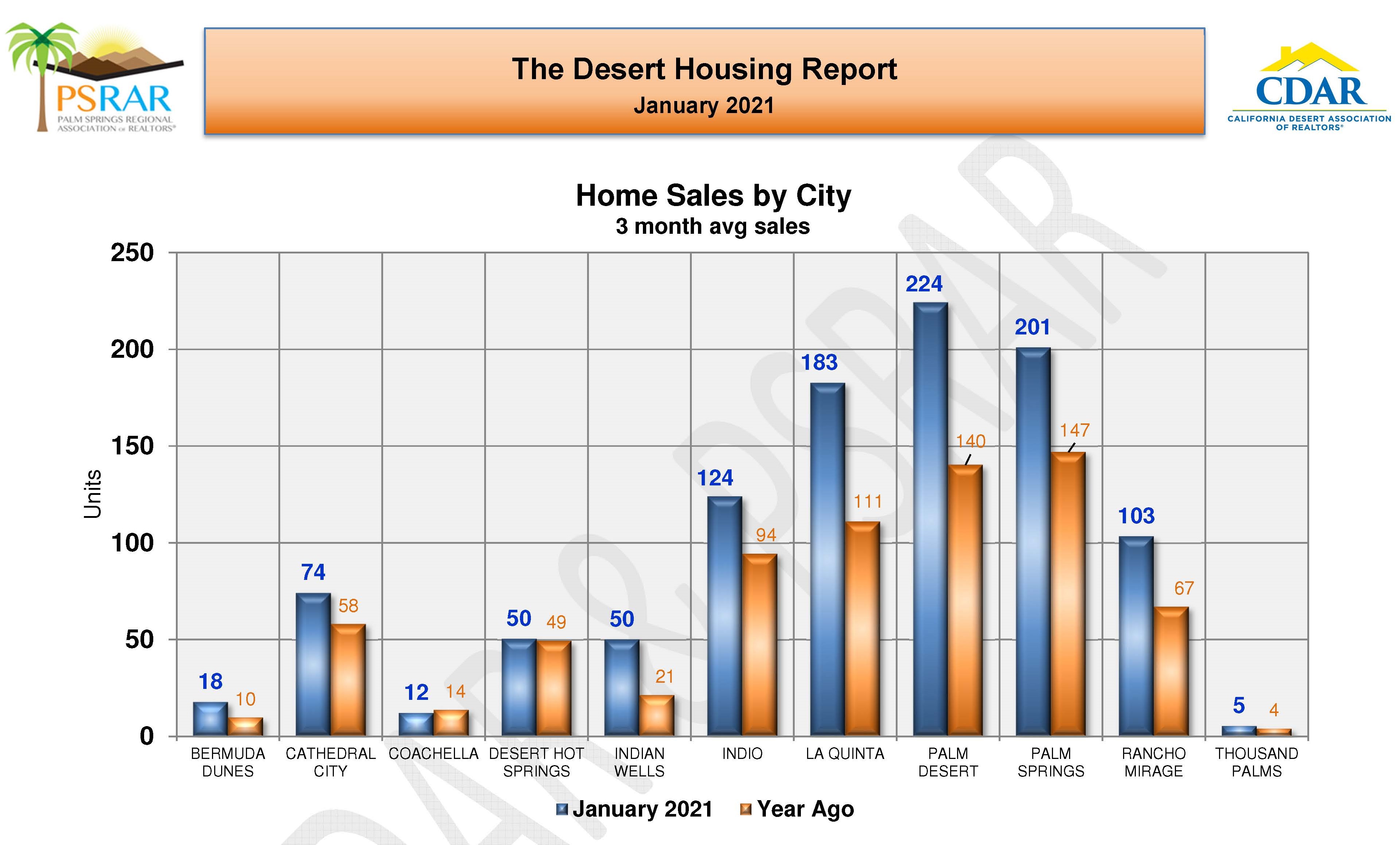 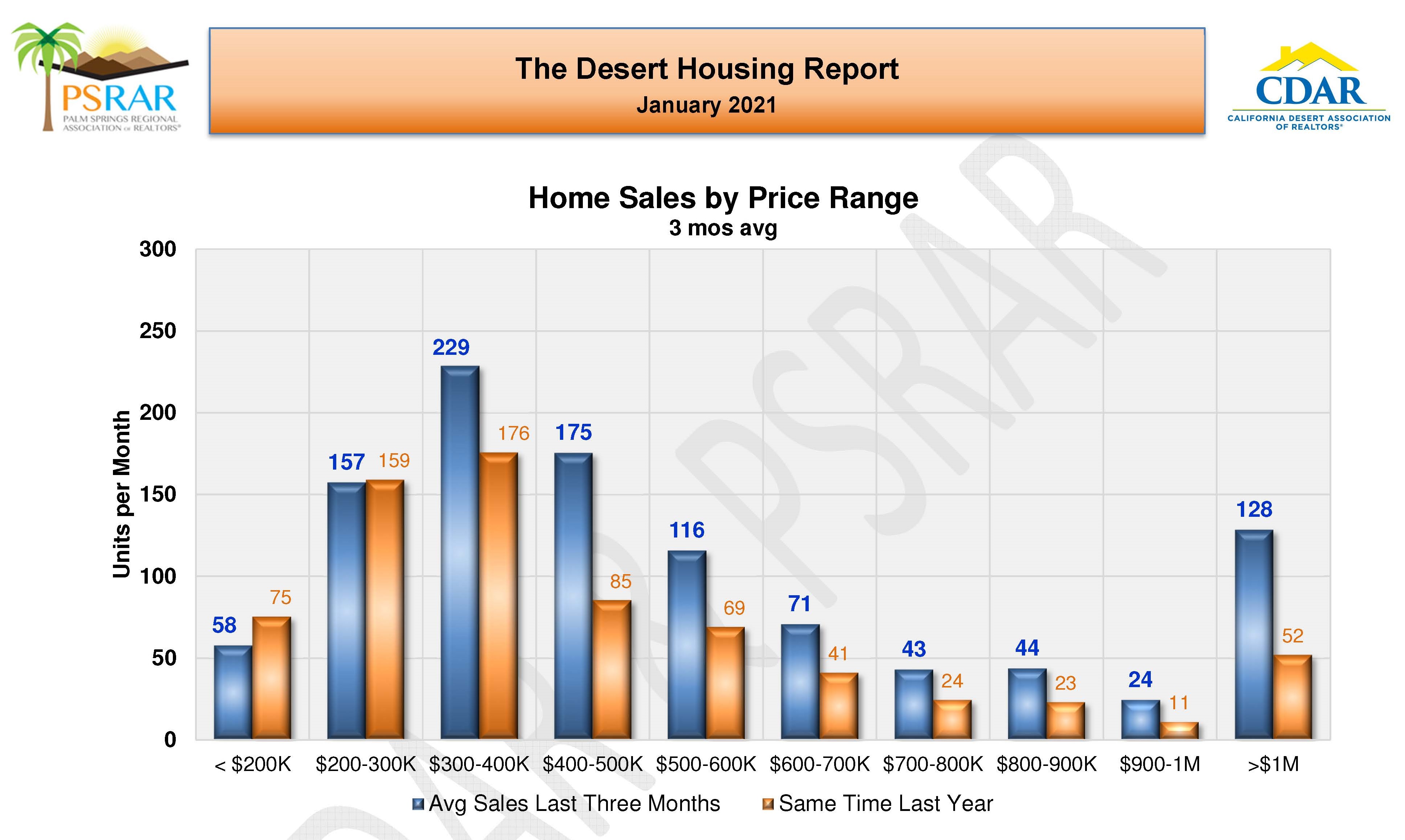 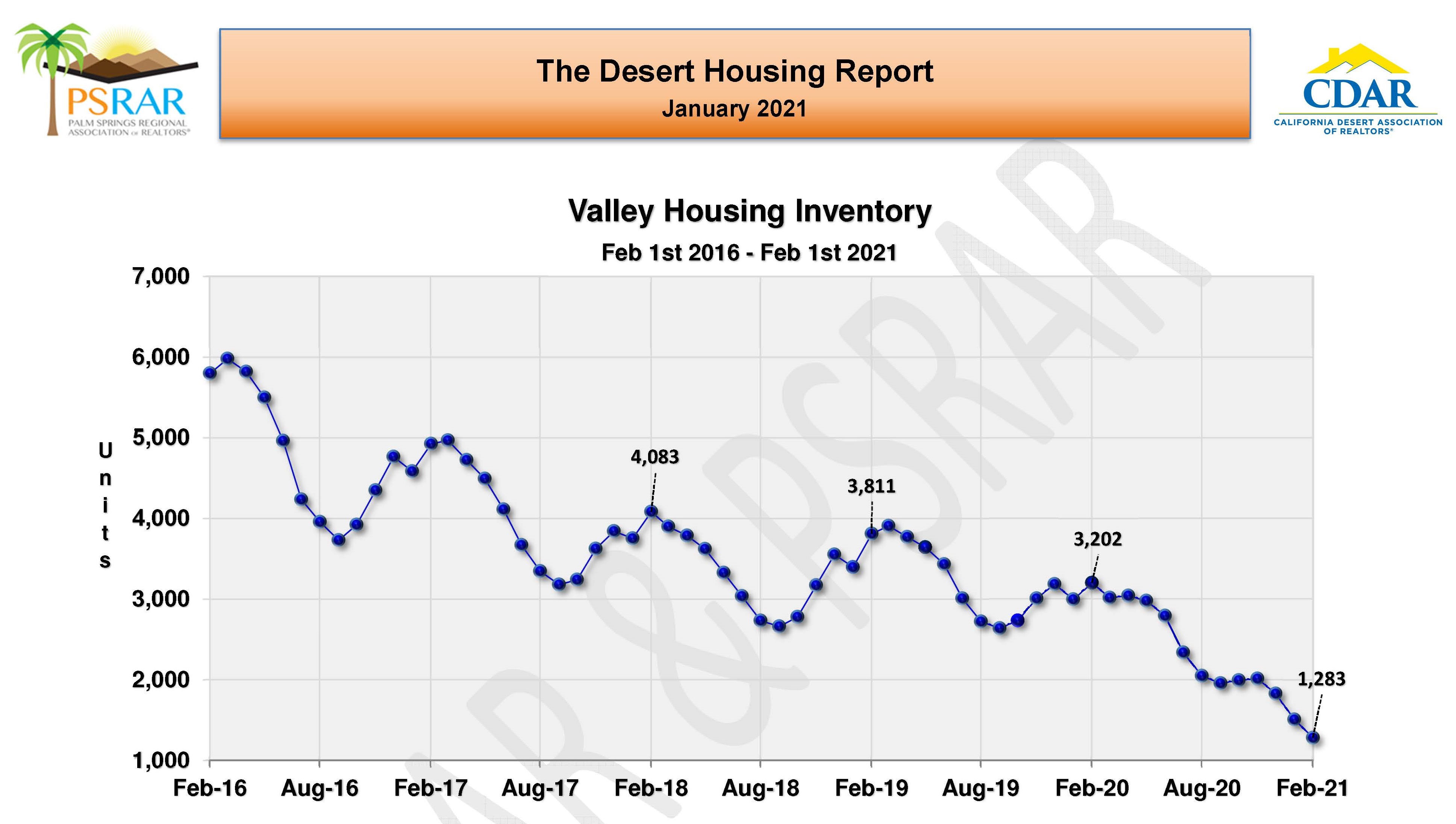 As anyone looking to purchase a home in the Coachella Valley can attest, Coachella Valley housing inventory continues to decline. On February 1st, the Coachella Valley housing inventory was 1,283 homes (a decrease of 60% from 3,202 homes on February 1st, 2020). Market Watch noted that this degree of inventory decline is abnormal, but mirrors what is happening in many other California regions. Market Watch felt that this inventory decline was more the result of homeowners’ reluctance to list their homes and open them to strangers during a pandemic rather than a decrease in the number of people wanting to sell their homes. They expect housing inventory to return to normal or higher levels once the vaccines have been widely distributed and people feel safe to open their homes to others. 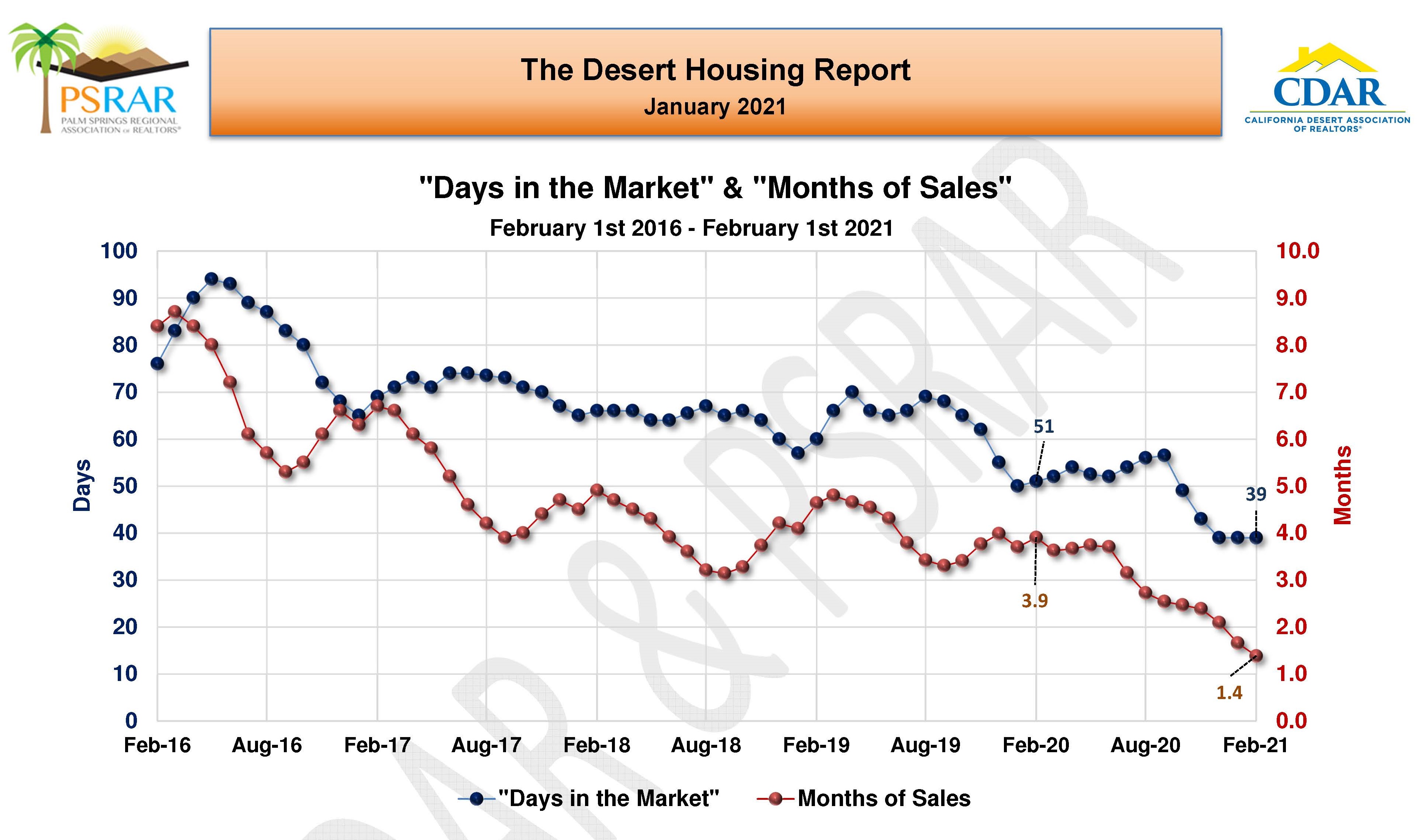 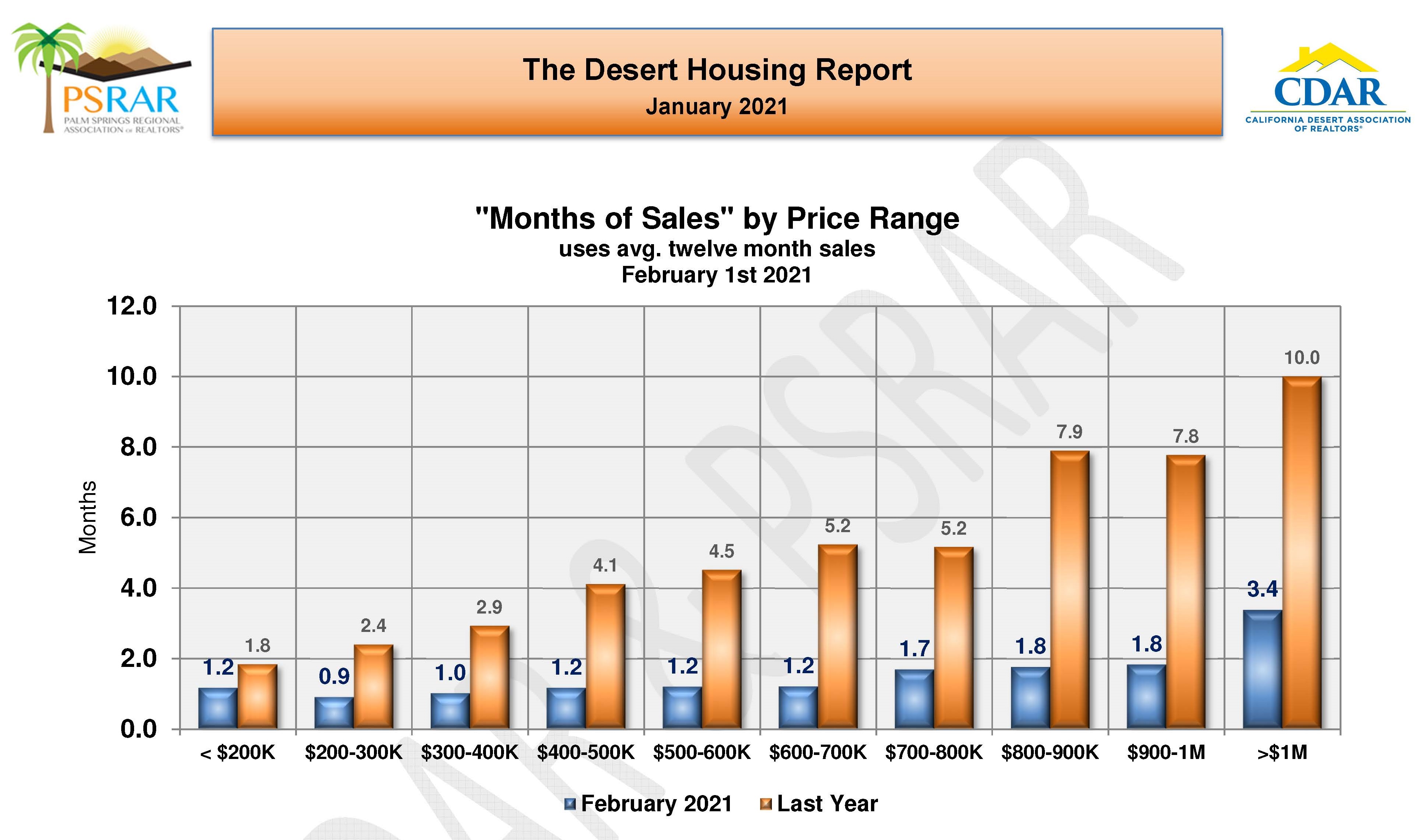 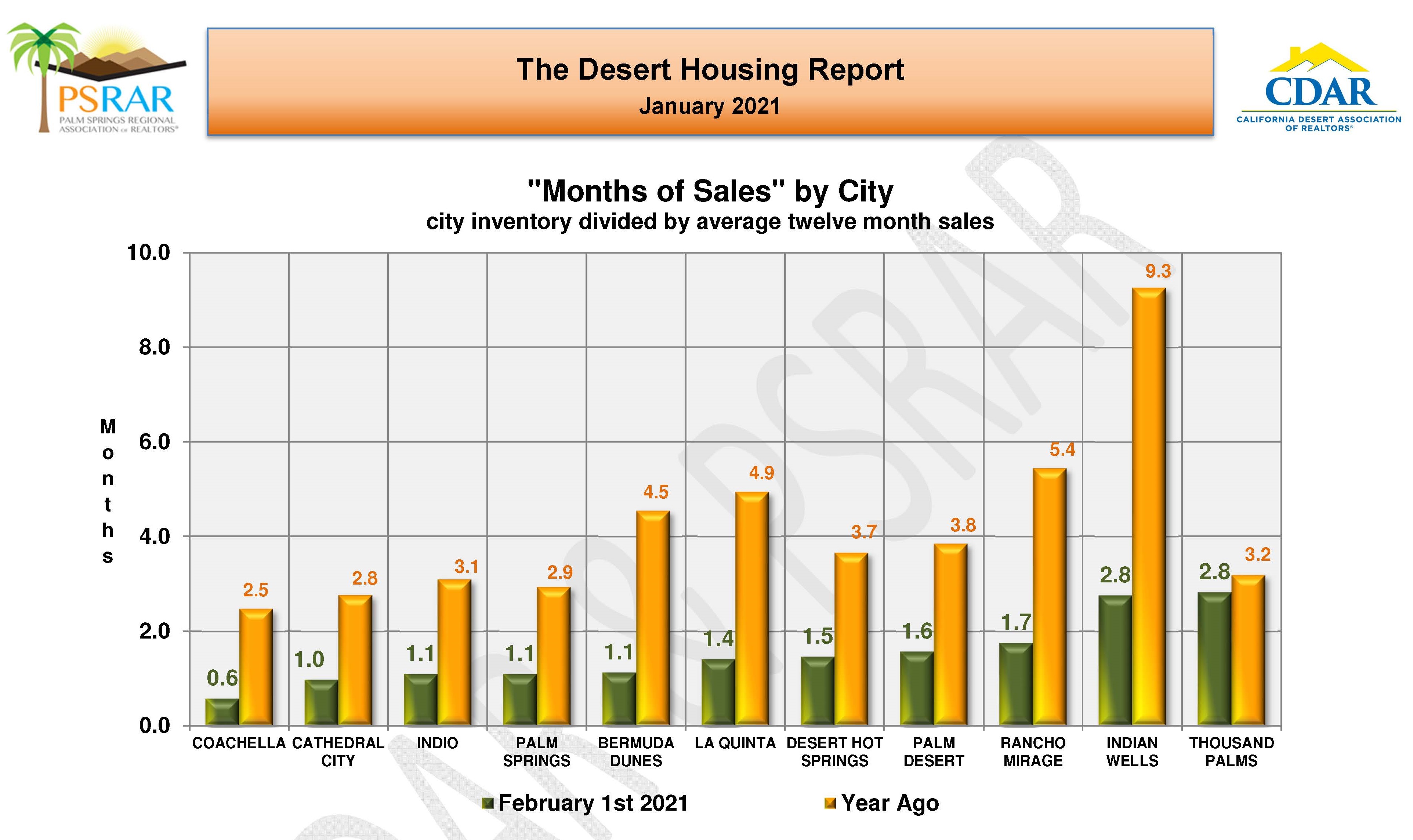 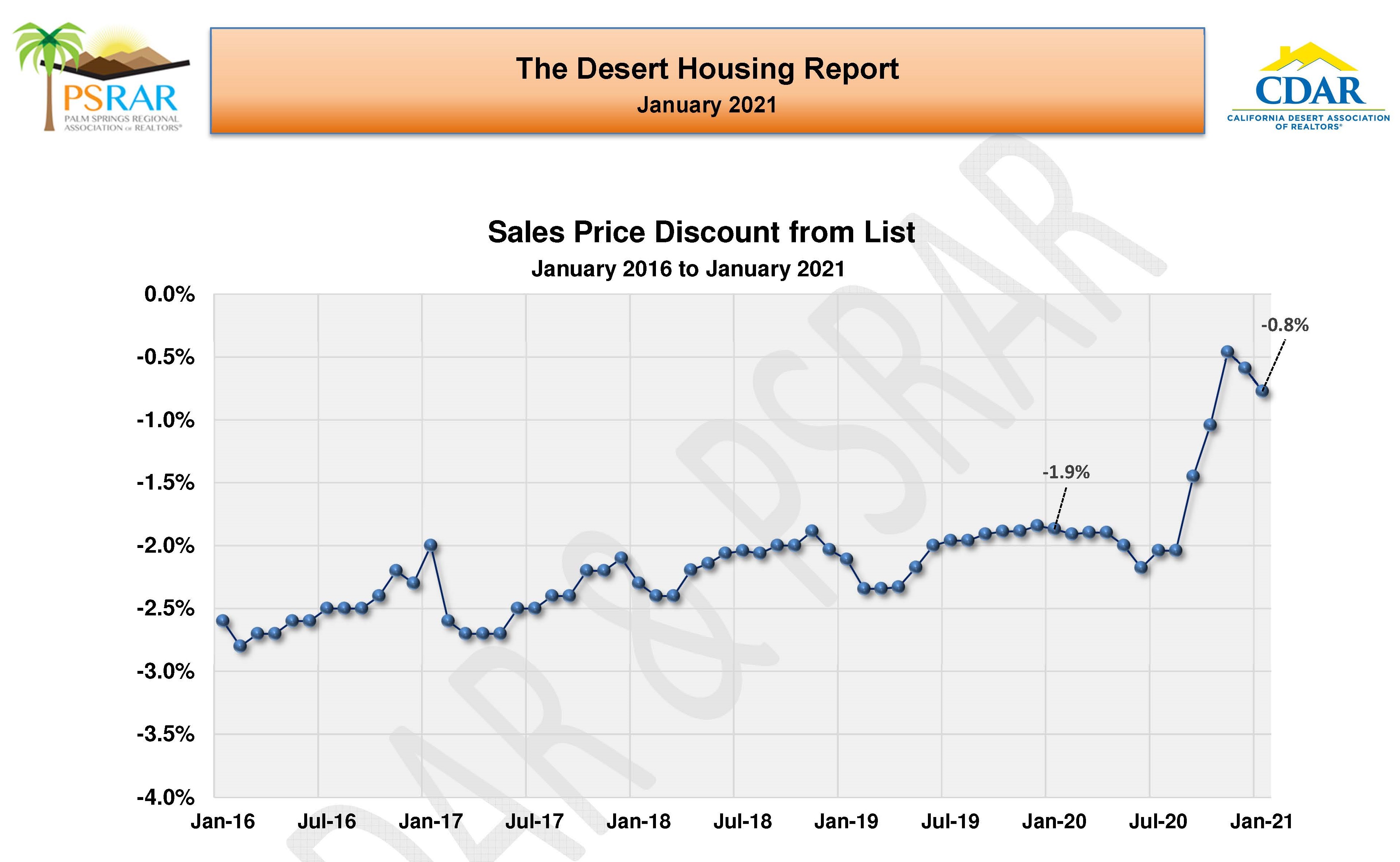