Local real estate experts, Market Watch LLC, have just released their July 2017 report on the state of the real estate market in the Coachella Valley. Some of Market Watch’s observations are: 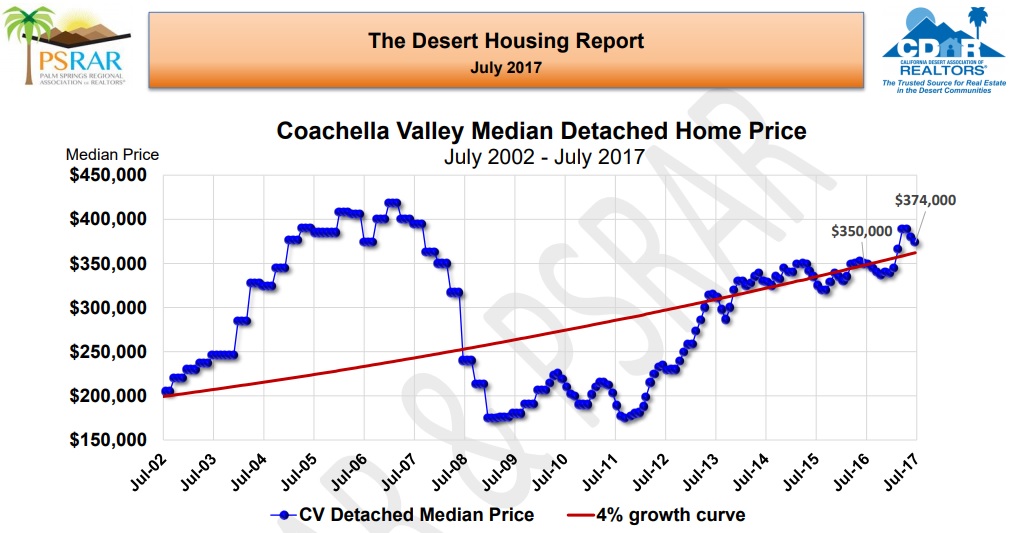 While Market Watch felt that Coachella Valley home prices in July were following the seasonal pattern of giving back some of the price gains earned during the strong spring season, the median price for detached homes at the end of July was $374,000 (a year-over-year gain of 6.8%). 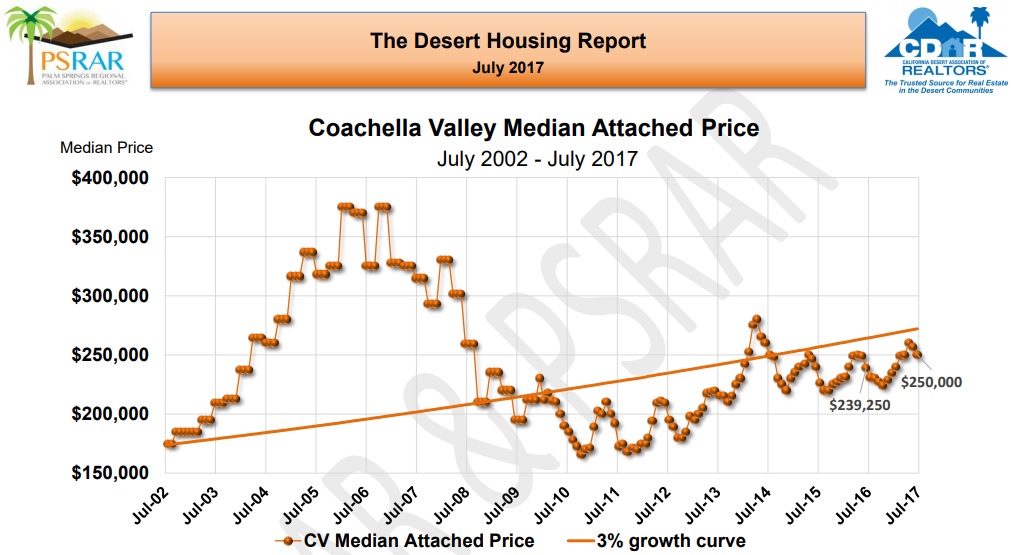 Market Watch noted that after three years of sideways price movement, the median price for attached homes was showing some strength, reaching $250,000 at the end of July (a 4.5% increase year-over-year). 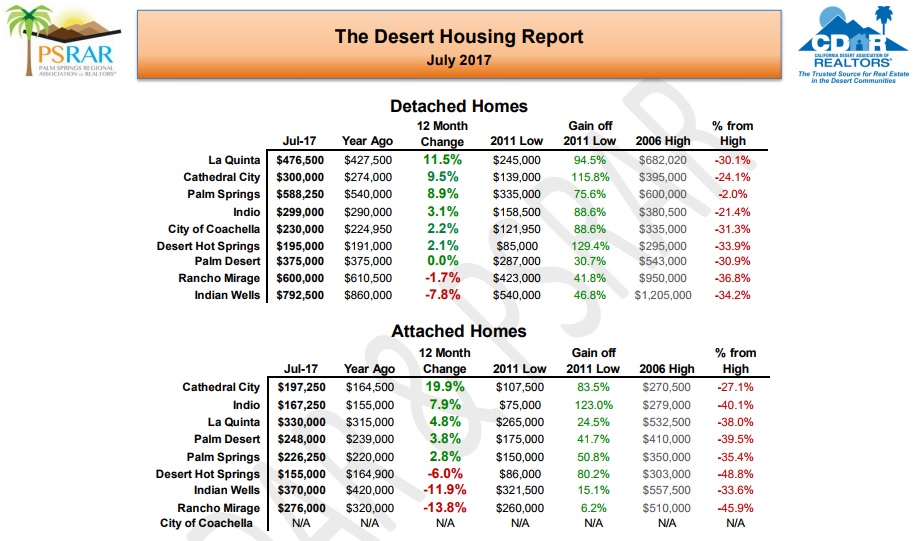 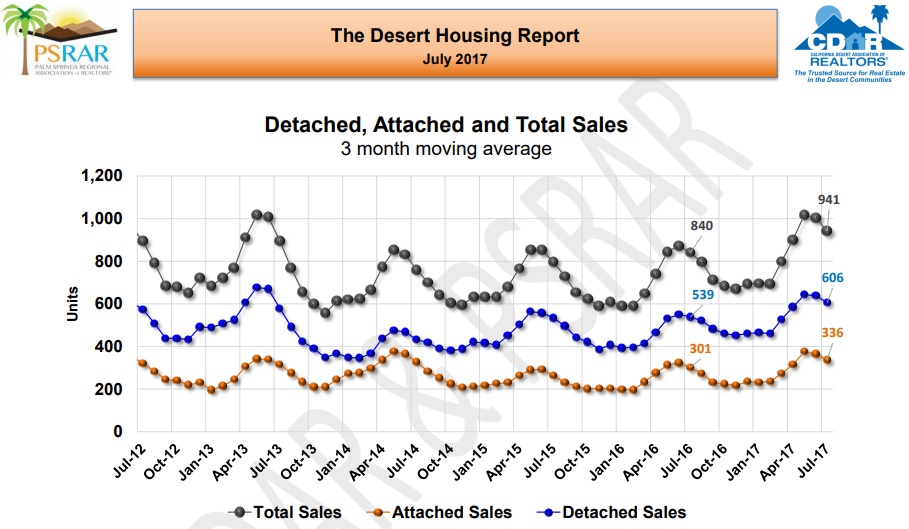 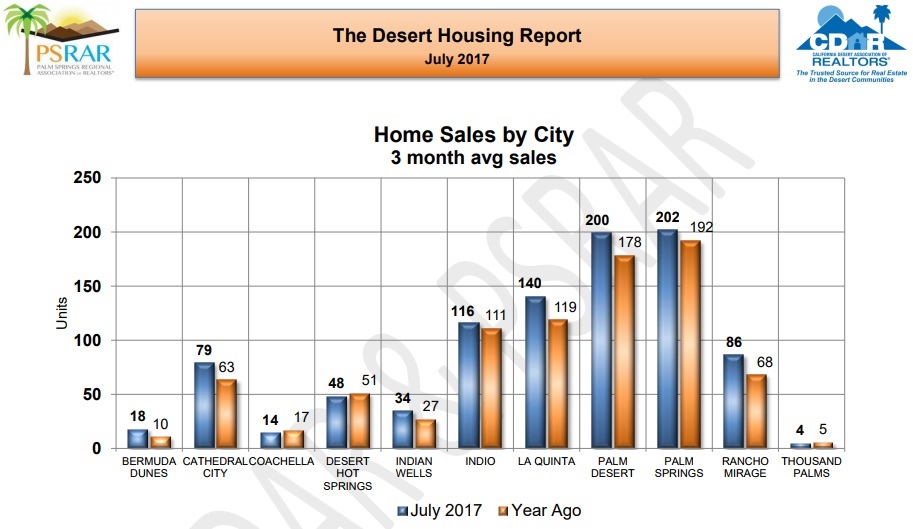 Home sales increased in all cities, except Coachella, Desert Hot Springs and Thousand Palms (with sales in increasing by 70% year-over-year in Bermuda Dunes, 29% in Indian Wells, 28% in Rancho Mirage and 25% in Cathedral City). 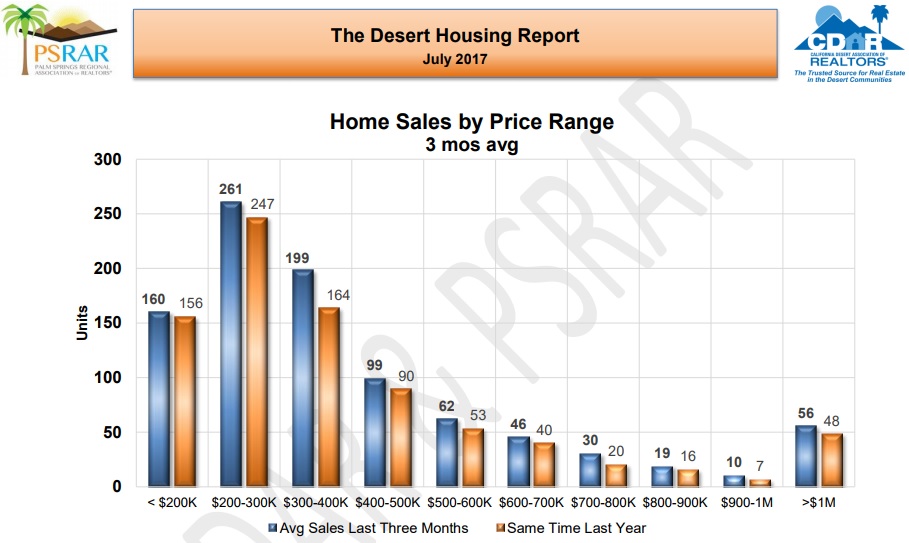 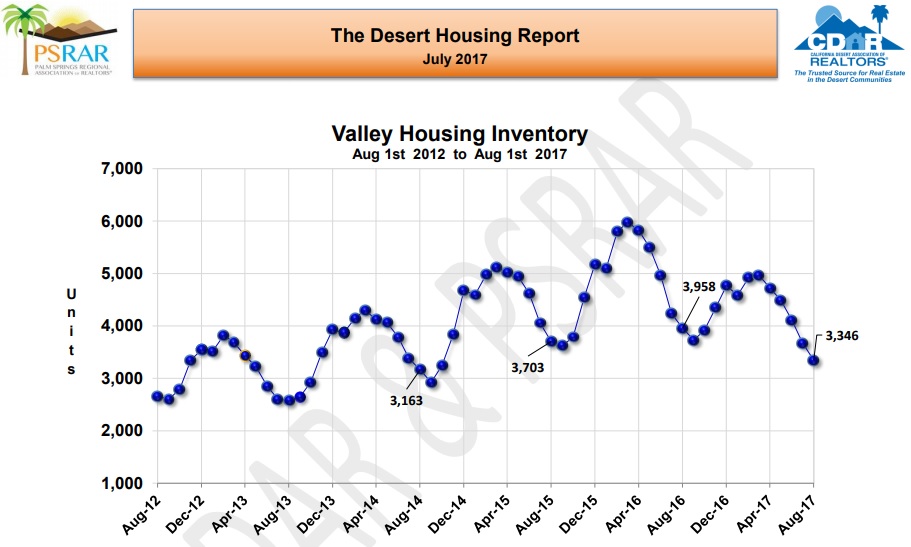 Market Watch noted that inventory continued to decline in July (as it has historically done every year from late spring and summer) to a total of 3,346 detached and attached homes for sale on August 1st. This is 612 units less than on August 1st, 2016. Market Watch noted that they expect this year’s low inventory mark to be just short of 3,000 units before rising again as the fall season begins (after Sept 1st). 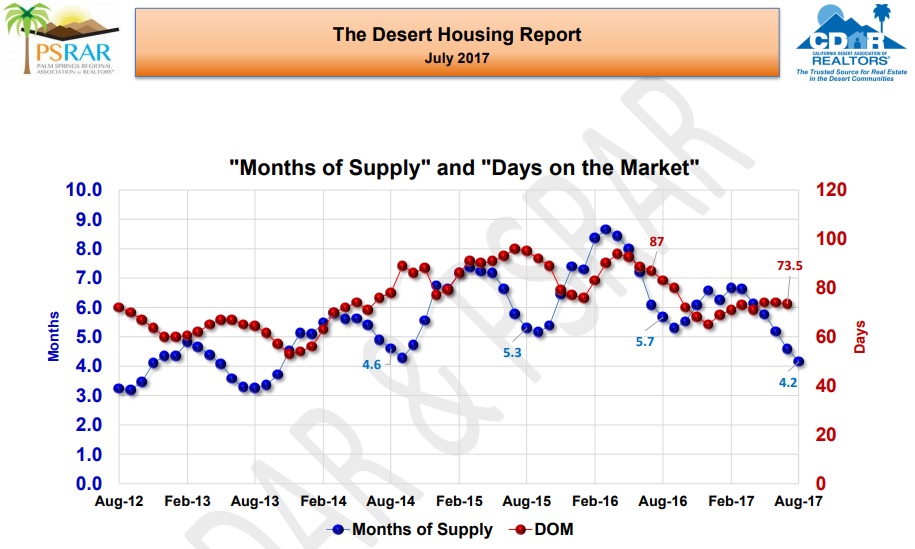 On August 1st, the Months of Supply ratio was 4.2 months, the lowest level since 2013. Market Watch attributed this to the combination of lower inventory and a higher sales rate, and felt that it was a fundamental sign of a strong housing market. They stated that this was confirmed by a low Days on the Market of 73.5 days averaged over the last 3 months (versus 87 days in July 2016).