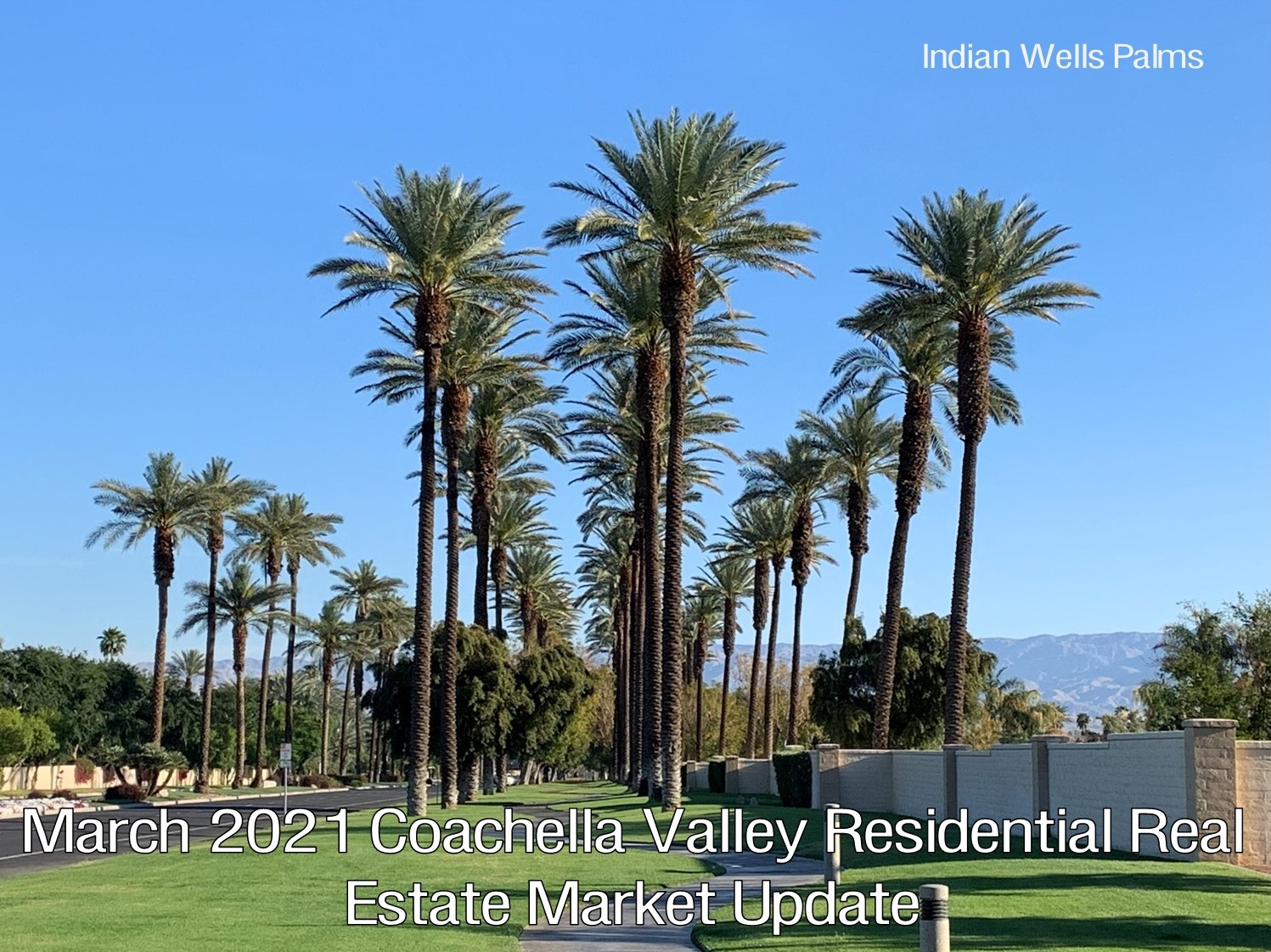 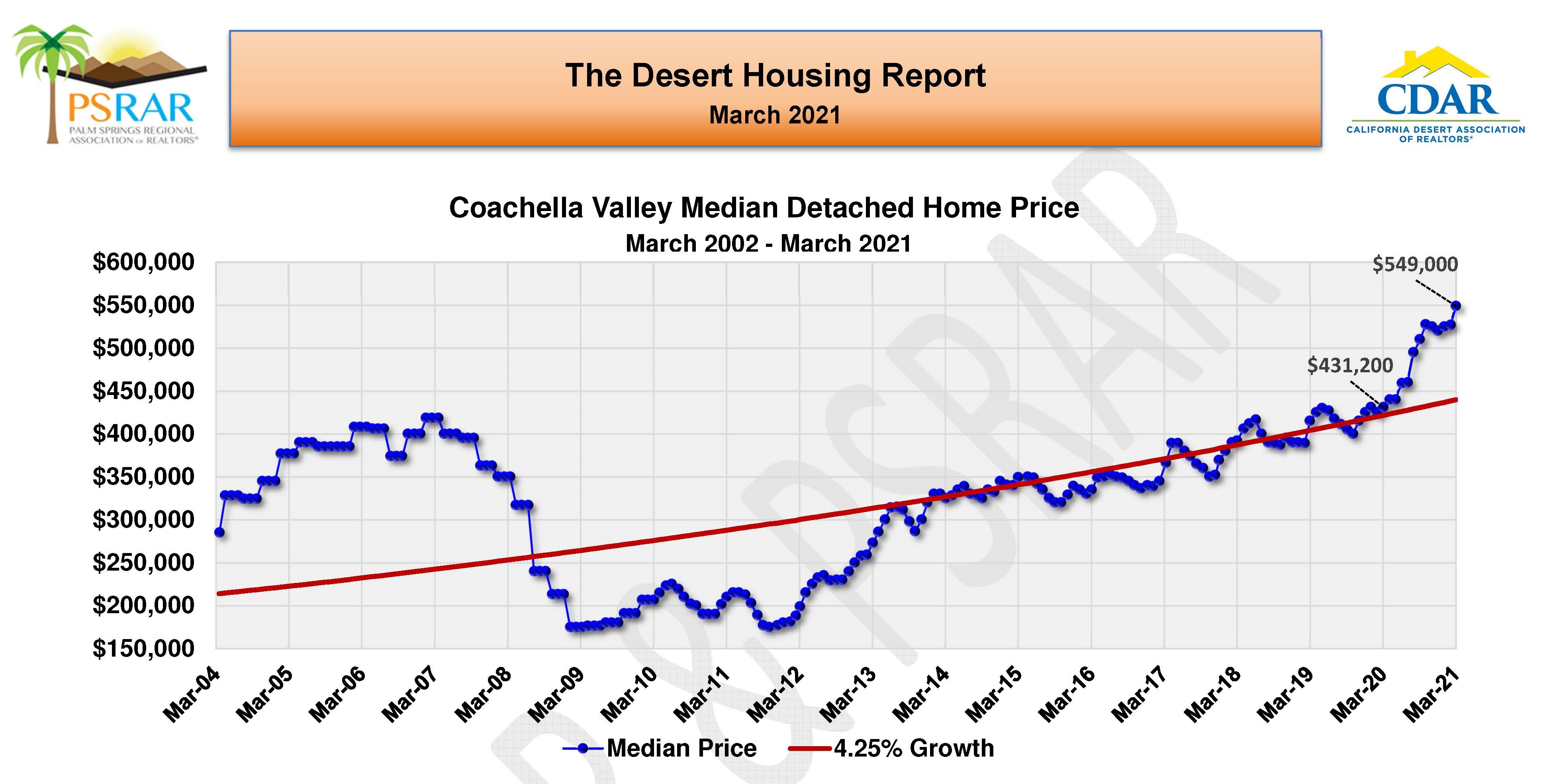 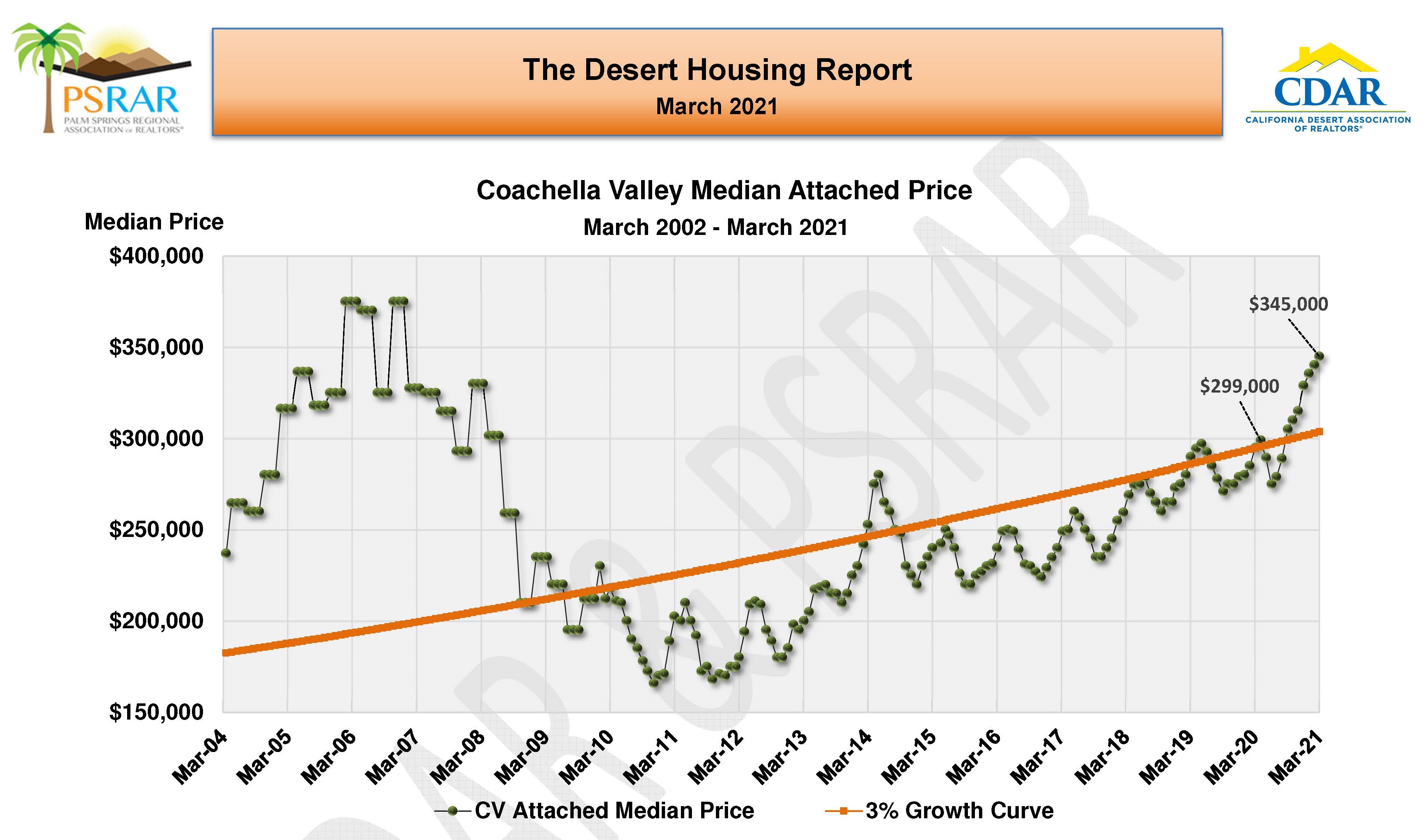 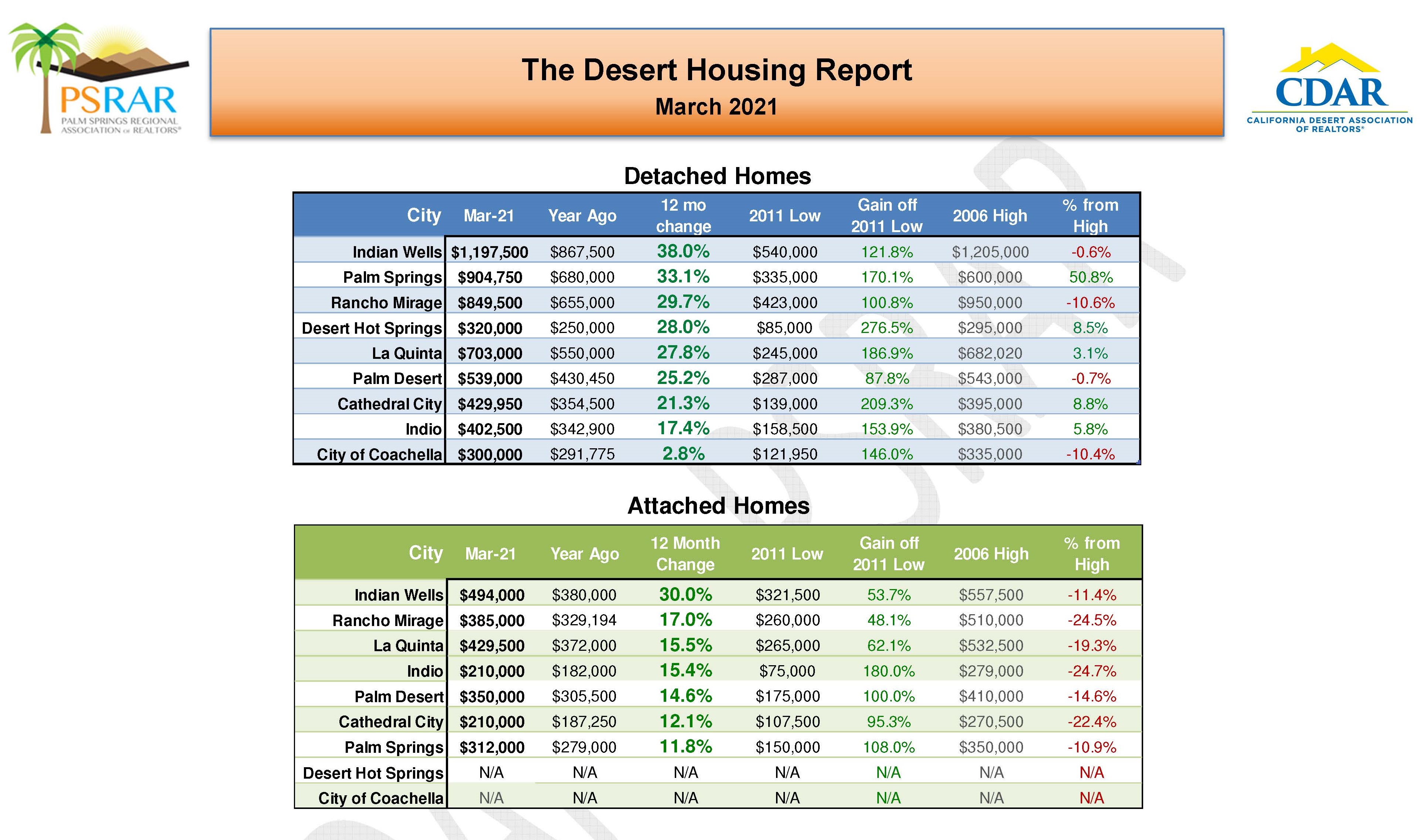 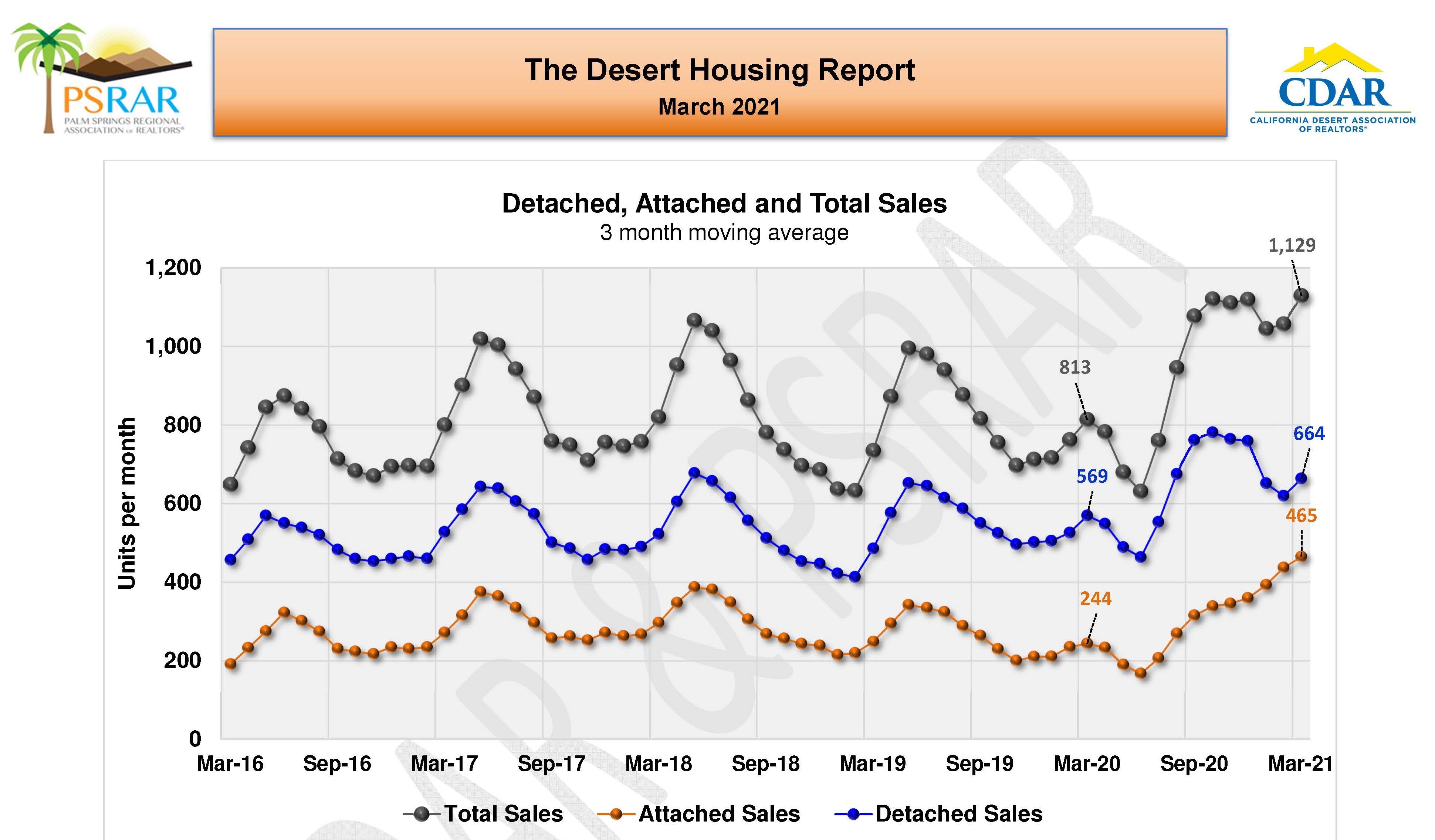 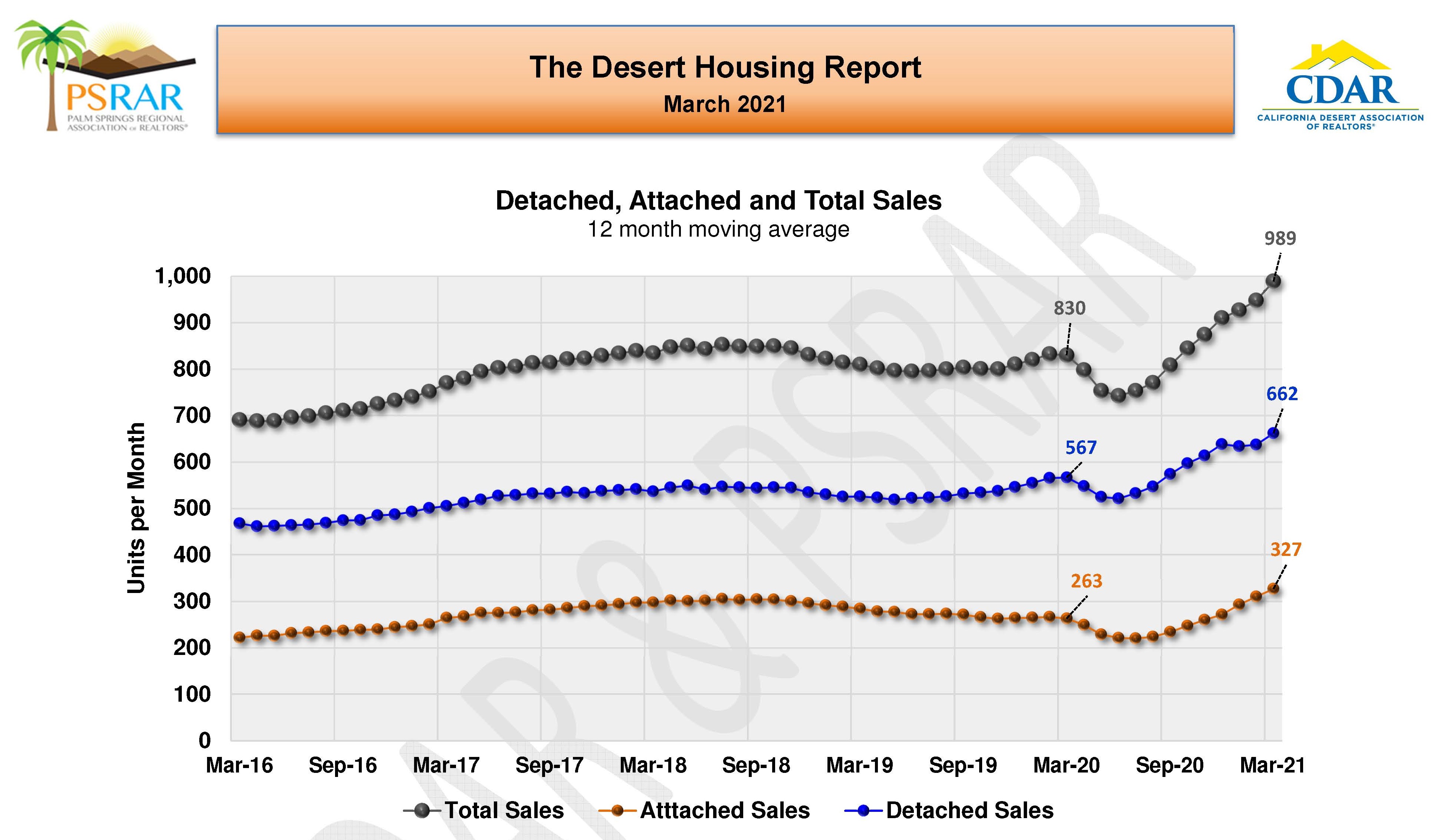 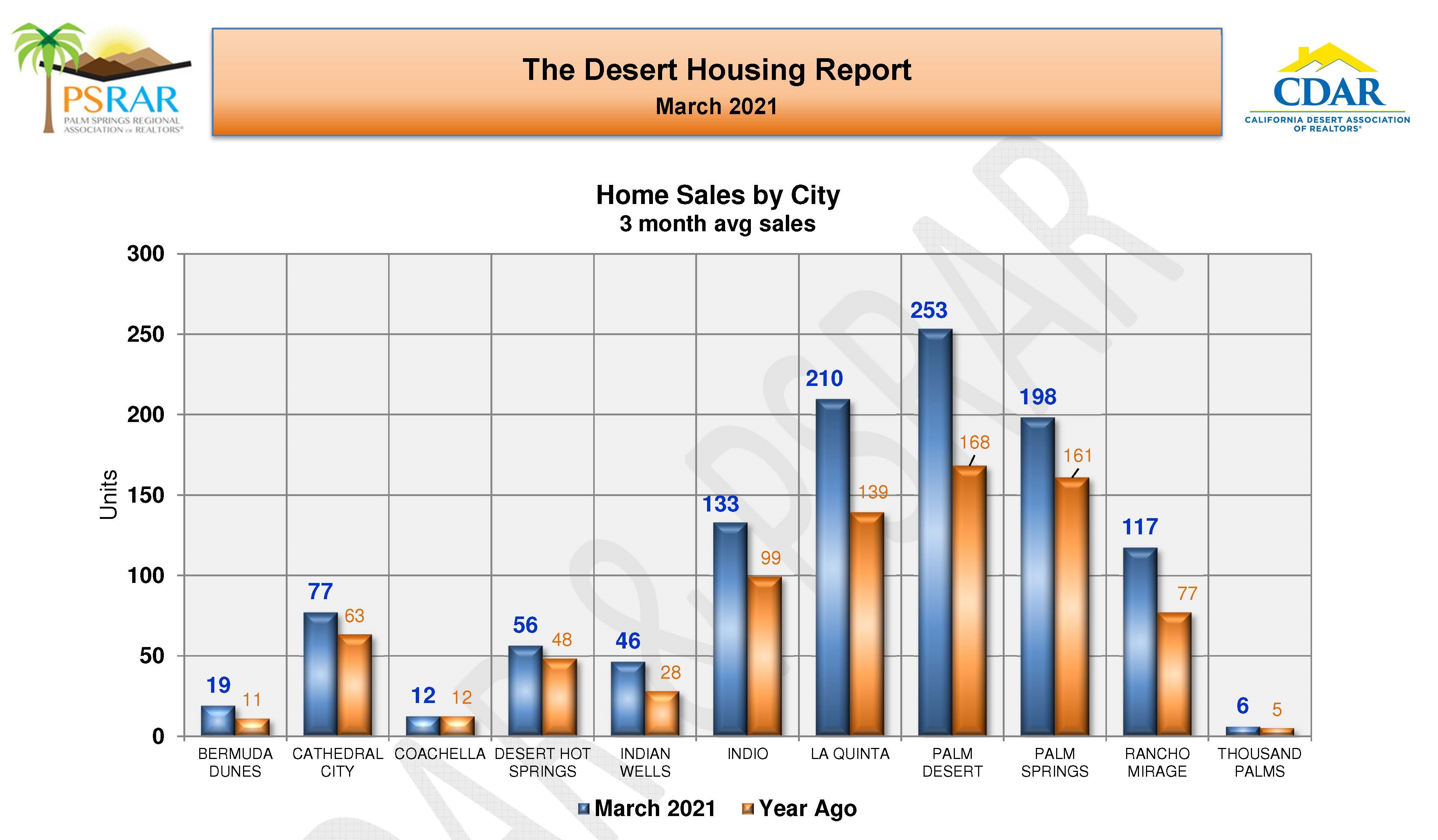 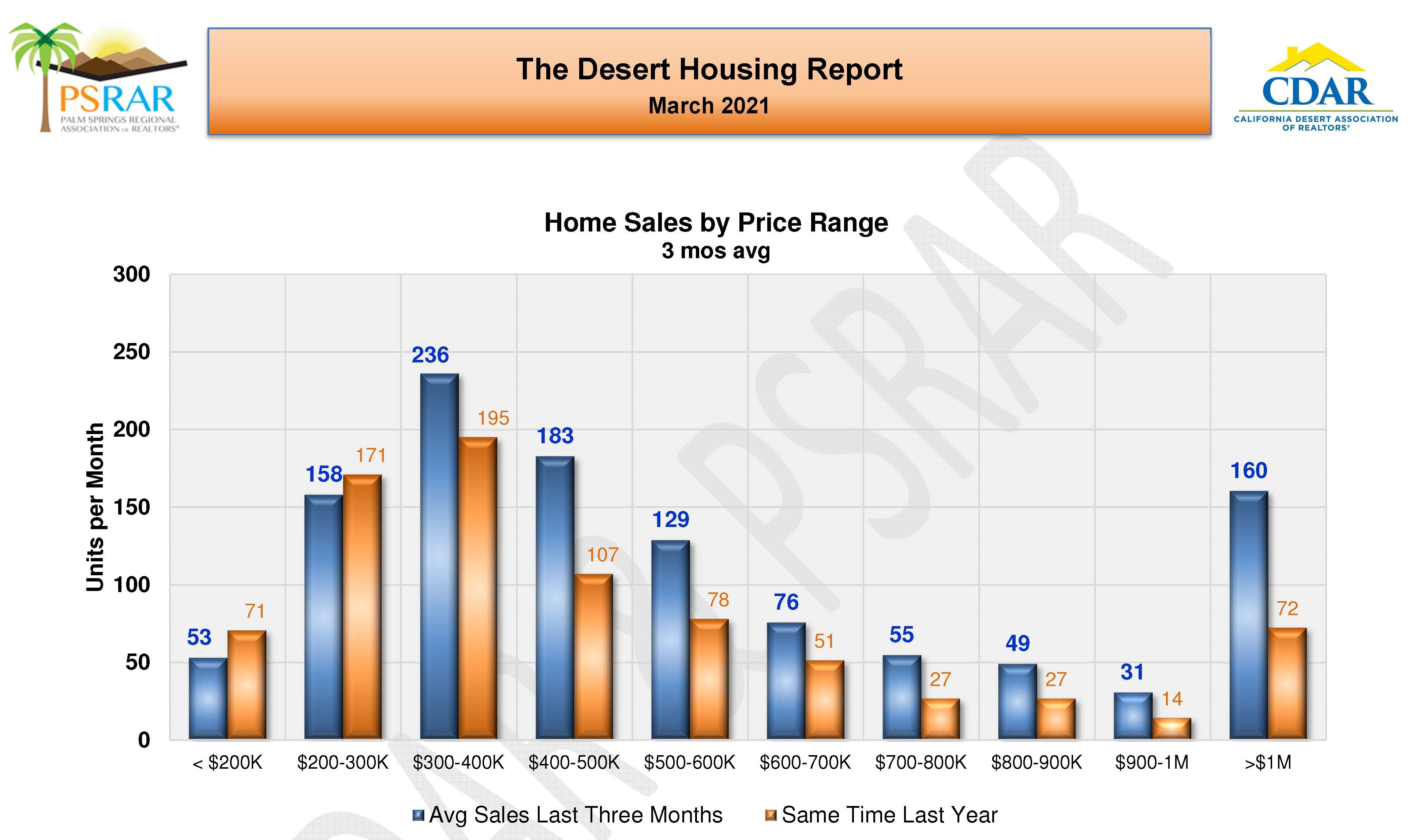 In looking at home sales by price range, the largest home sales increases occurred in the middle to higher price brackets. Market Watch felt that what is particularly interesting is that sales of homes under $300,000 were declining. Even though condominium sales (which are generally homes in this price range) were growing, overall there were fewer and fewer homes in these lower price ranges due to overall price increases. Home sales increased year-over-year by 122.2% in the over $1 million price range, 121.4% in the $900,000 to $1 million price range and 103.7% in the $700,000 to $800,000 price range. 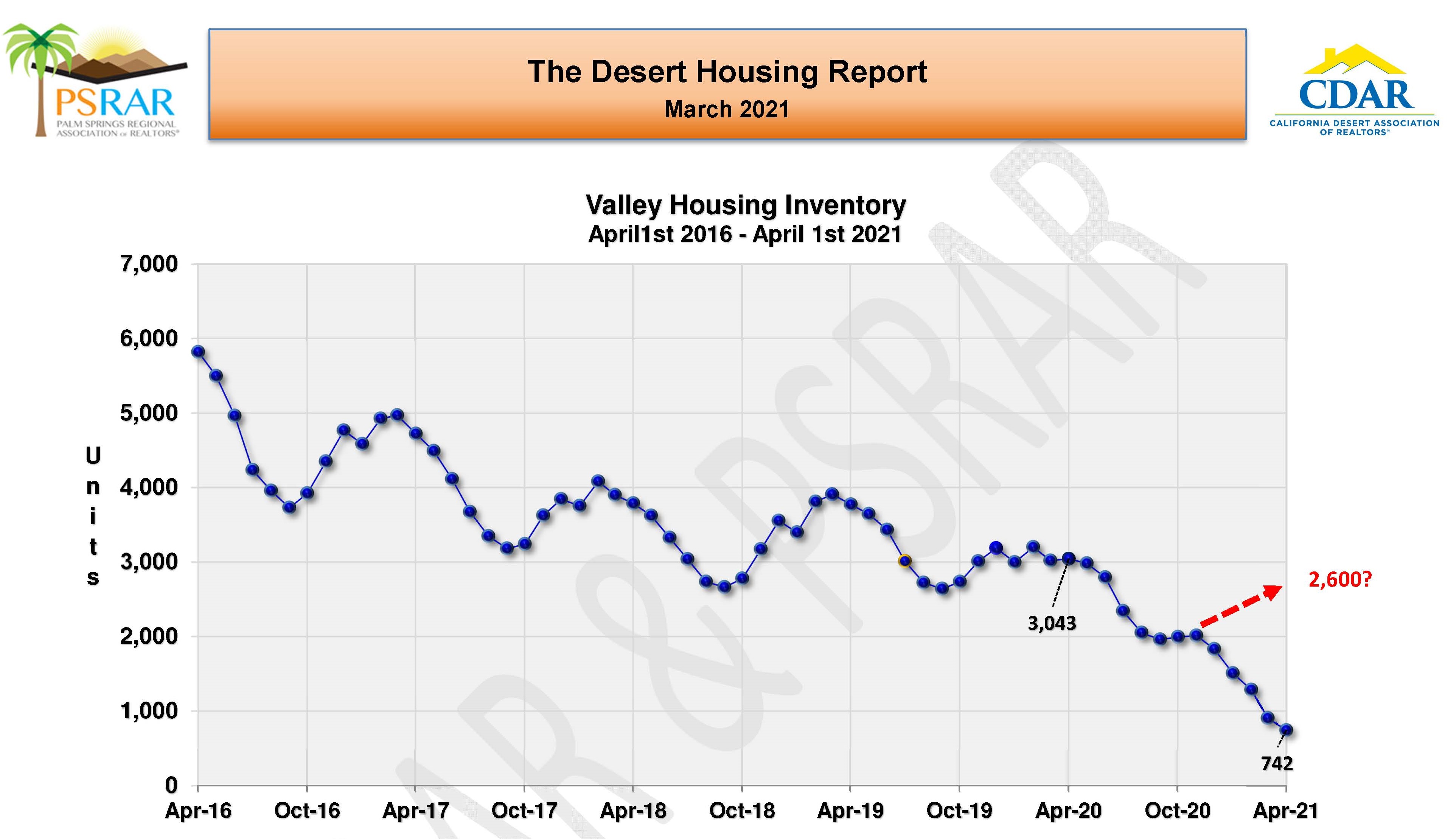 Just when we thought it couldn’t get any worse, the Coachella Valley housing inventory continued to decline and on April 1st was at 742 homes for sale (down 75.6% year-over-year from 3,043 homes for sale on April 1st, 2020). Market Watch was of the opinion that this huge decline in inventory appeared to be due to two congruent factors; the overall 20% rise in total sales and the decline in new listings below the normal rate because of COVID. Market Watch felt that many people were reluctant to list their homes and open them up to traffic during the pandemic. They felt that during normal conditions, the Coachella Valley housing inventory would have been around 2,600 homes for sale. Market Watch expressed hope that there will be a surge of new listings once COVID-19 vaccines are widely distributed and homeowners feel safe again. 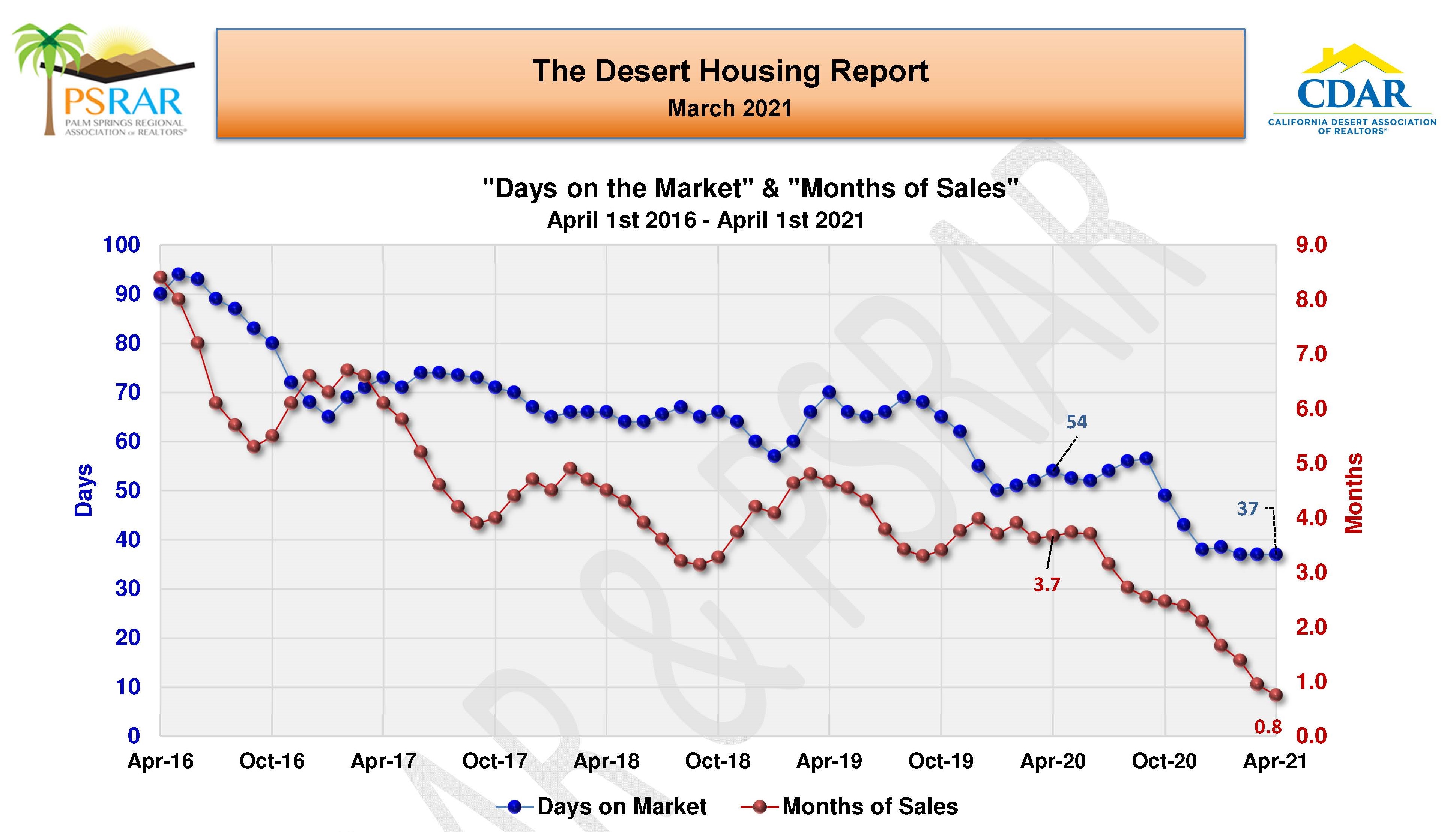 Continued high sales and low housing inventory again drove the month of sales ratio to a new historic low of 0.8 of a month (or just a little over three weeks of supply compared to 3.7 months on April 1st, 2020). Market Watch commented that this lack of supply was causing bidding wars among homebuyers and was the force driving home prices much higher. The median number of days in the market on April 1st was 37 days (compared to 54 days on April 1st, 2020). 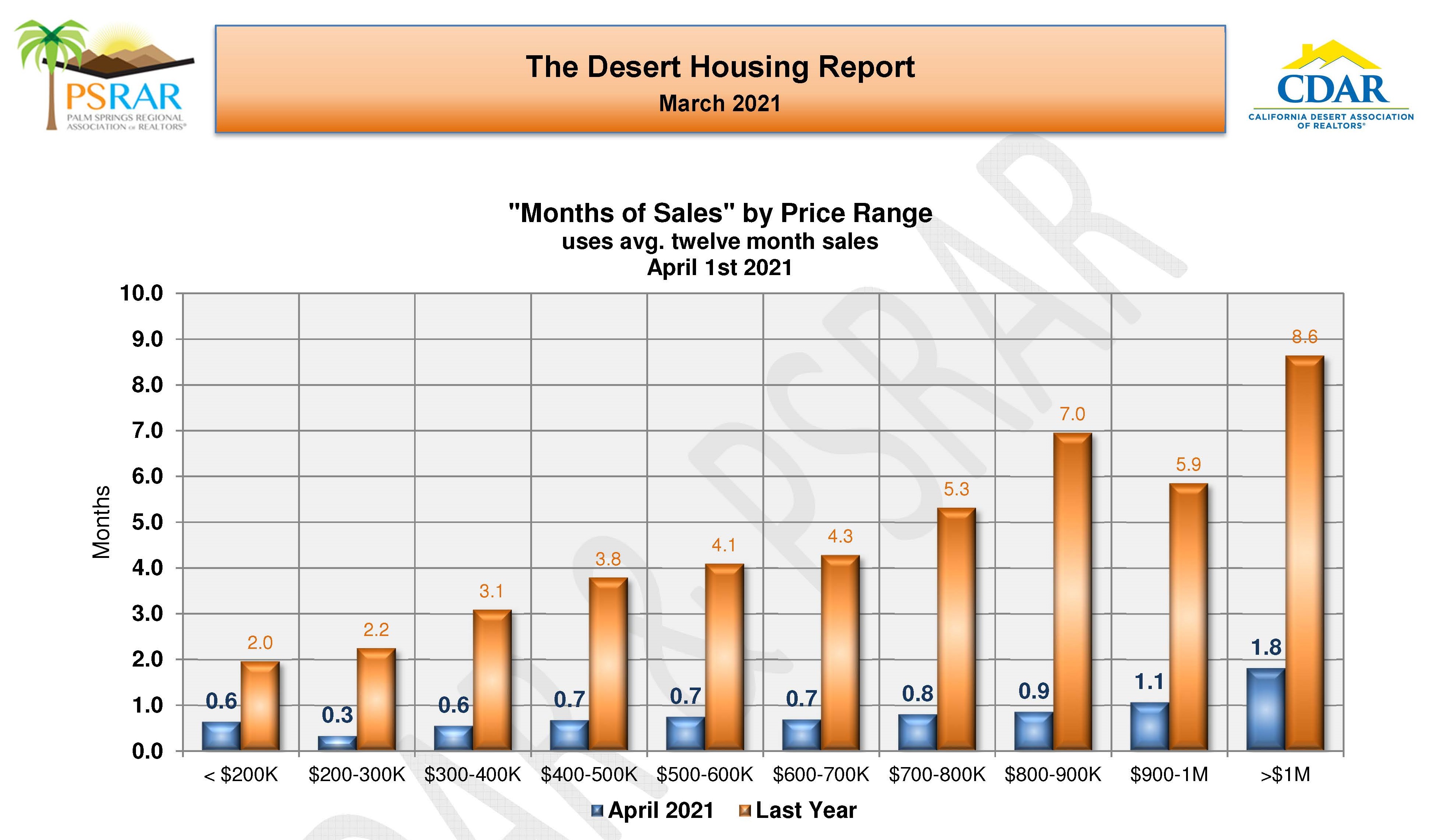 In looking at months of sales by price range, Market Watch commented that the size contrast between the blue and orange bars in the graph tells the entire story. The month of sales ratio in every price bracket under $900,000 was less than one month, with the lowest ratio being 3/10 of a month for homes and condominiums priced between $200,000 and $300,000. For homes priced over $1 million, where the ratio is normally around 10 months, it was just 1.8 months on April 1st. 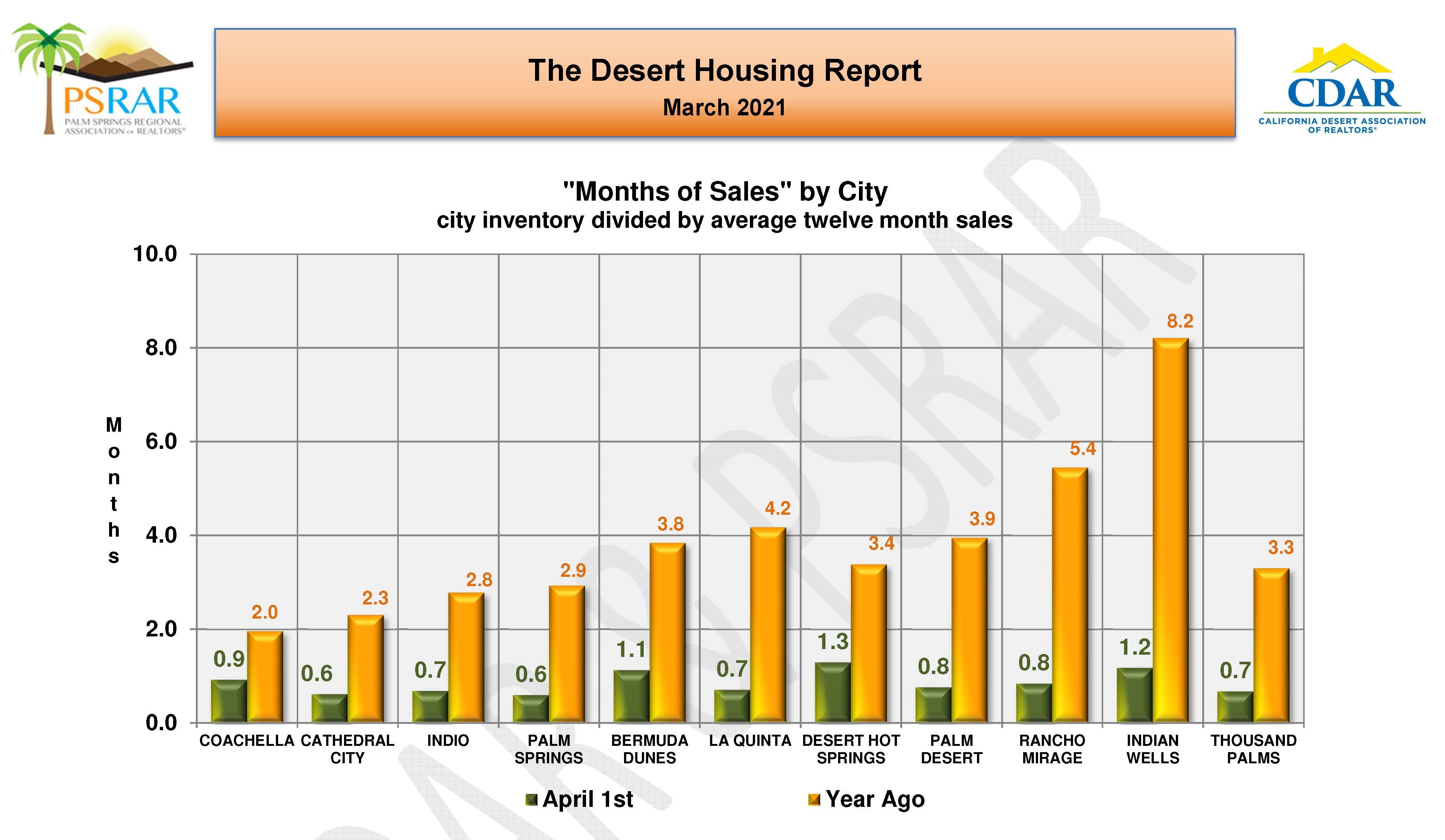 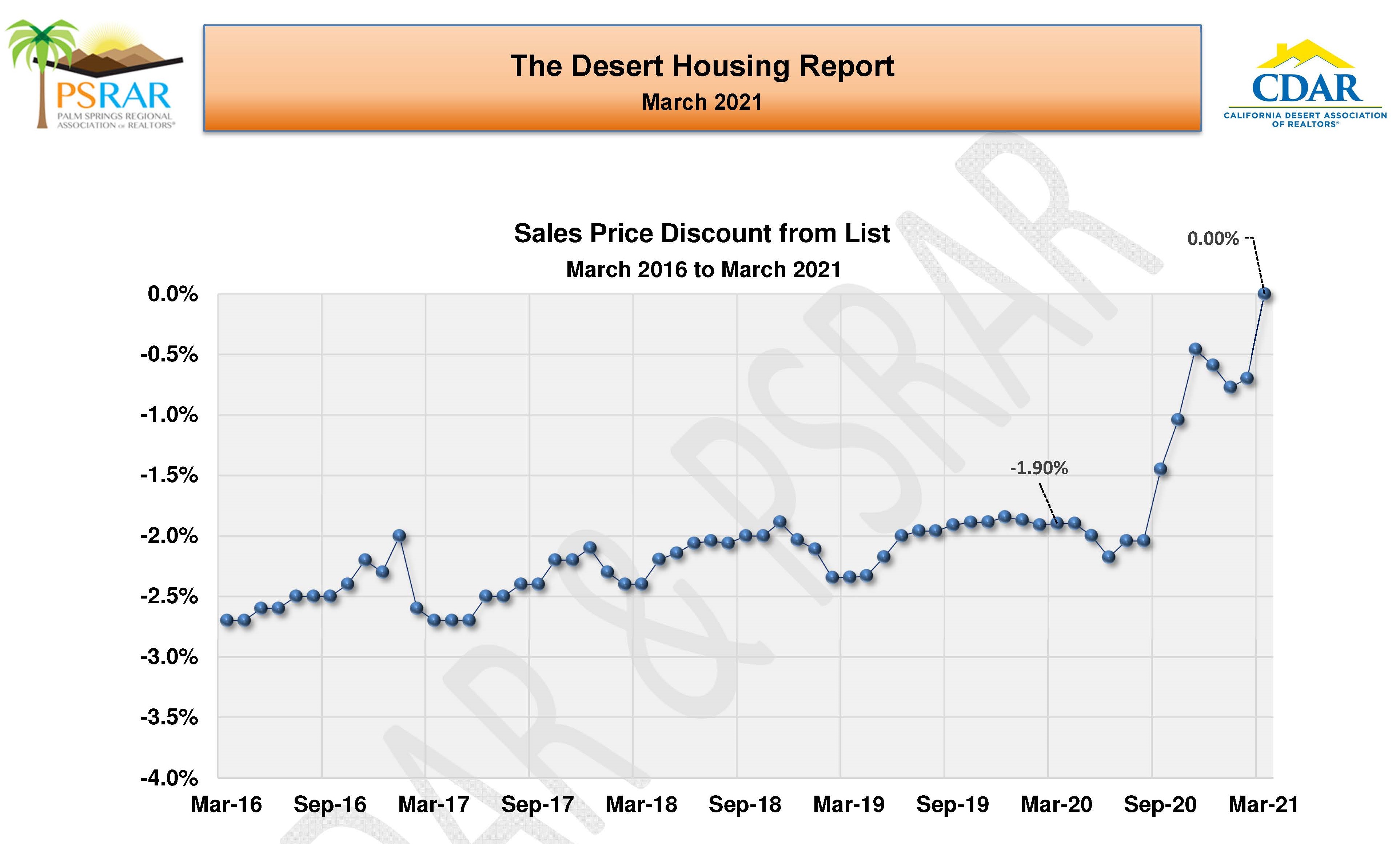