Local real estate market experts, Market Watch LLC, recently unveiled their Monthly Coachella Valley Housing Report for May 2016.  Some of the highlights are as follows:

The following charts and information were of particular interest: 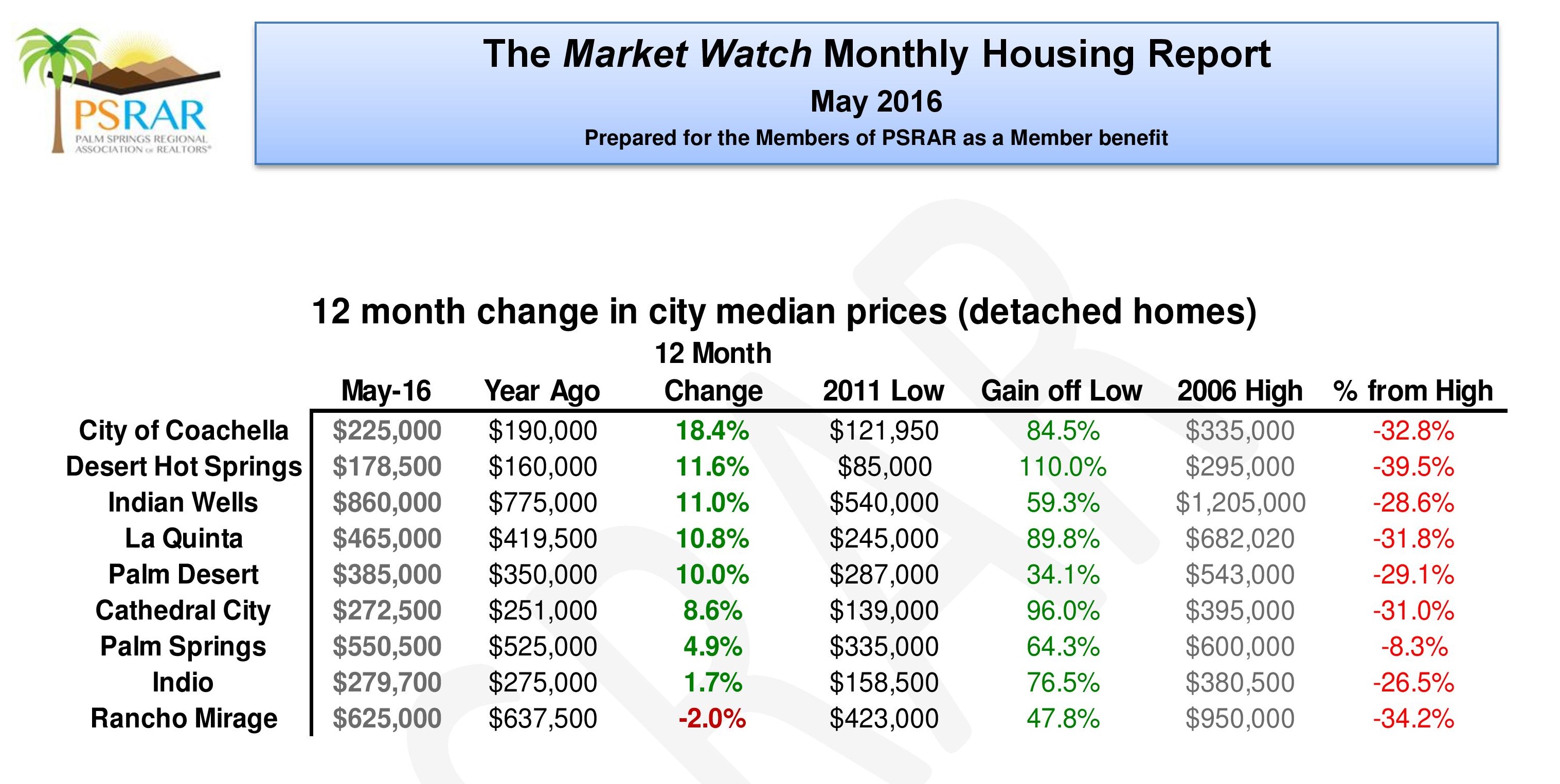 As noted above, Market Watch was pleased to see that the median price of detached homes in most cities is higher when compared to a year earlier, with five cities showing positive, double digit gains. They note that this might not have been expected a few months ago given the very large inventory of homes that accompanied the start of the spring selling season. The median price in Palm Springs at $550,500 is only 8% from its all-time 2006 high of $600,000.  In Desert Hot Springs, the median price at $178,500 is still 39.5% off from the 2006 high of $295,000.

Homes Sales Per Month By City 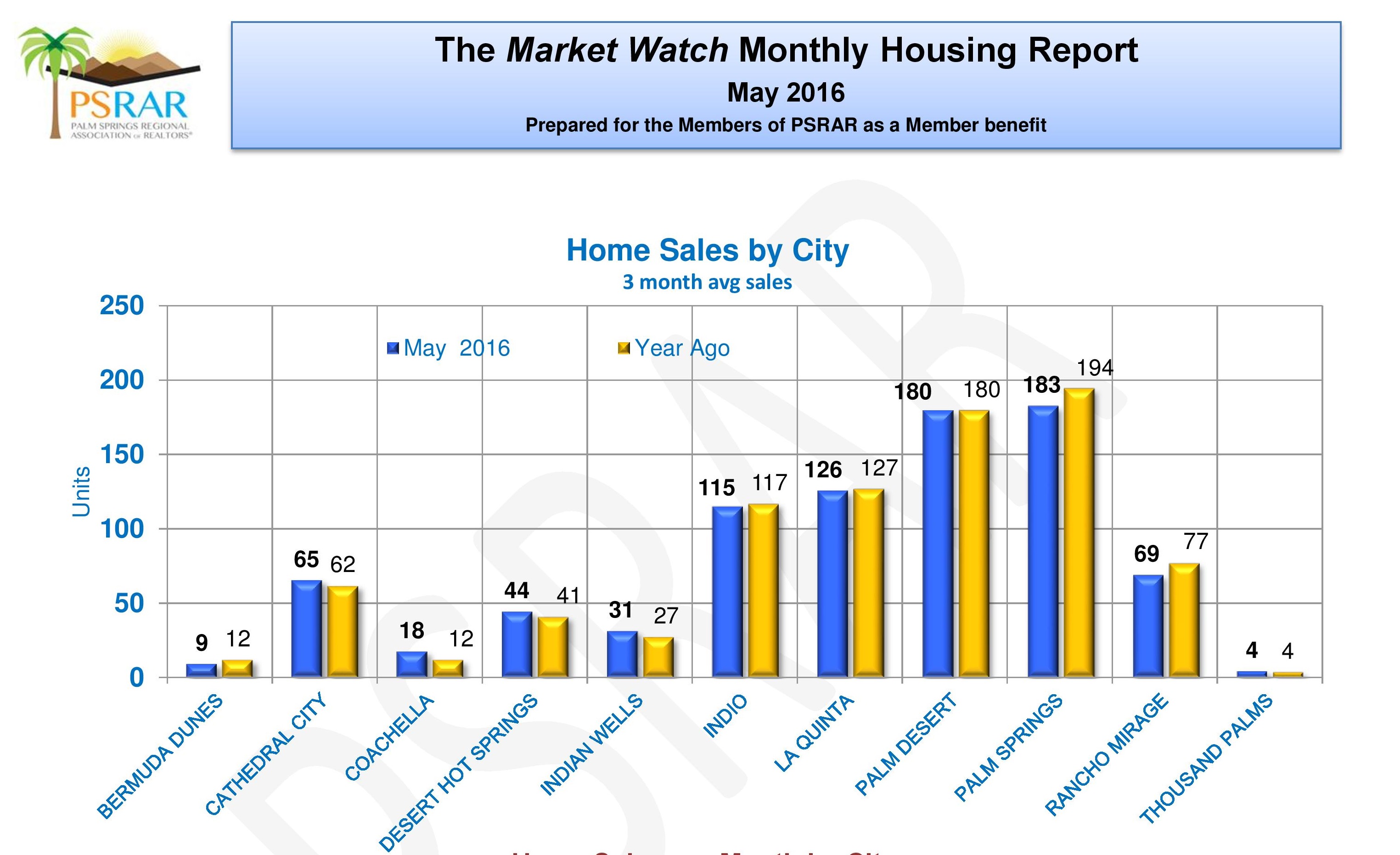 Just as the entire region shows sales just about equal to a year ago, Market Watch points out that most city sales are about equal to last year, with a few slightly higher and a few slightly lower. Sales in the city of Coachella are 50% higher than a year ago (18 units versus 12) while Indian Wells is also higher by 15%. However, Rancho Mirage is lower by 10% and Palm Springs is also slightly lower by about 5%.

“Months of Sales” and “Days on the Market” 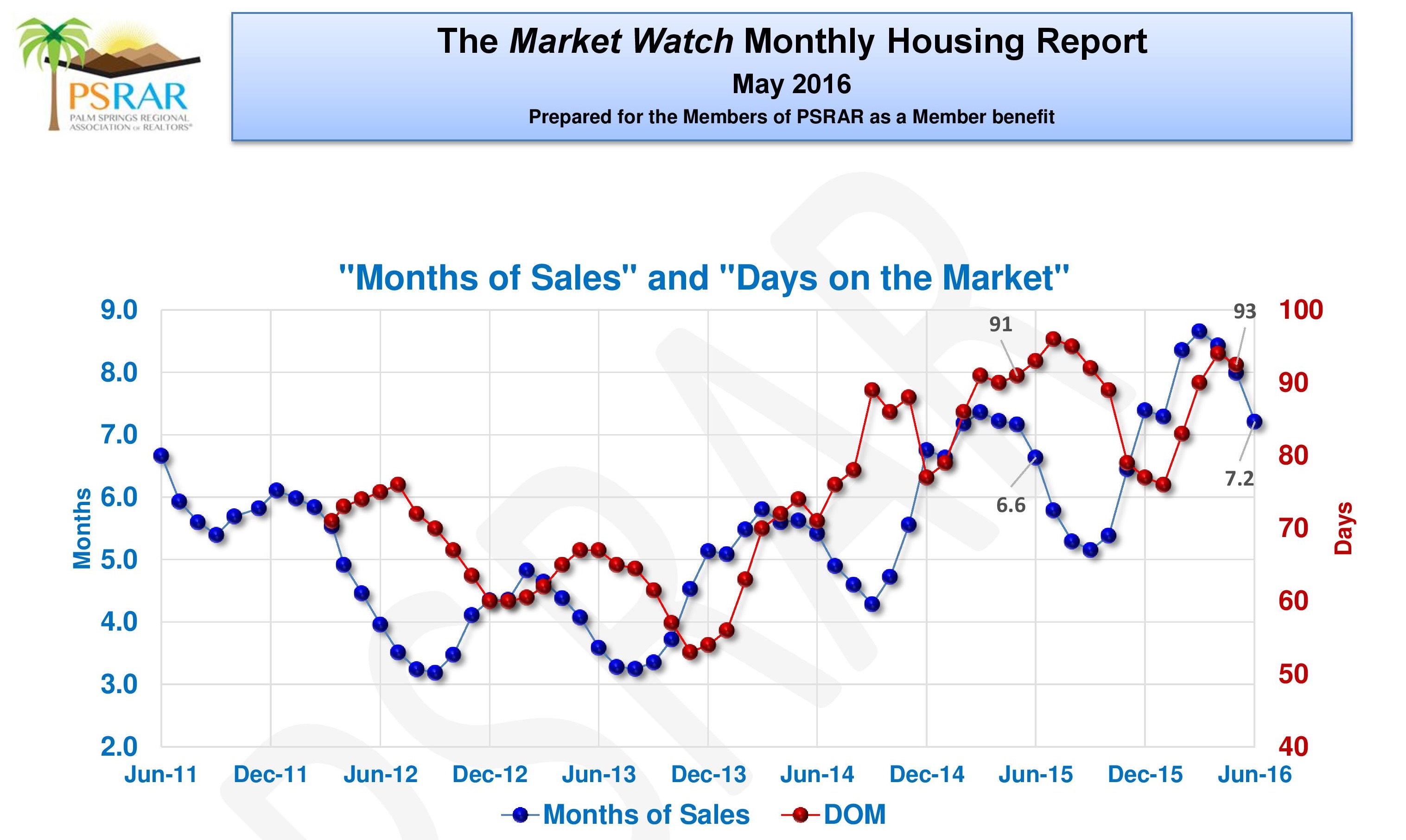 Market Watch concludes that with the rapid decline in inventory to a level only 346 units higher than June 1st of last year and with sales numbers comparable to last year’s numbers, the ratio of “months of sales” on June 1st was relatively close to last year’s ratio. The ratio is currently 7.2 months; a year ago it was 6.6 months. While both ratios are still rather high, the fact that the difference of the current ratio compared to last year is declining is encouraging. Days on the market (DOM) is 93 days, just two more compared to a year ago. These numbers are effectively equal to three months, which is generally considered an acceptable period of time.

“Months of Sales” by Price Range 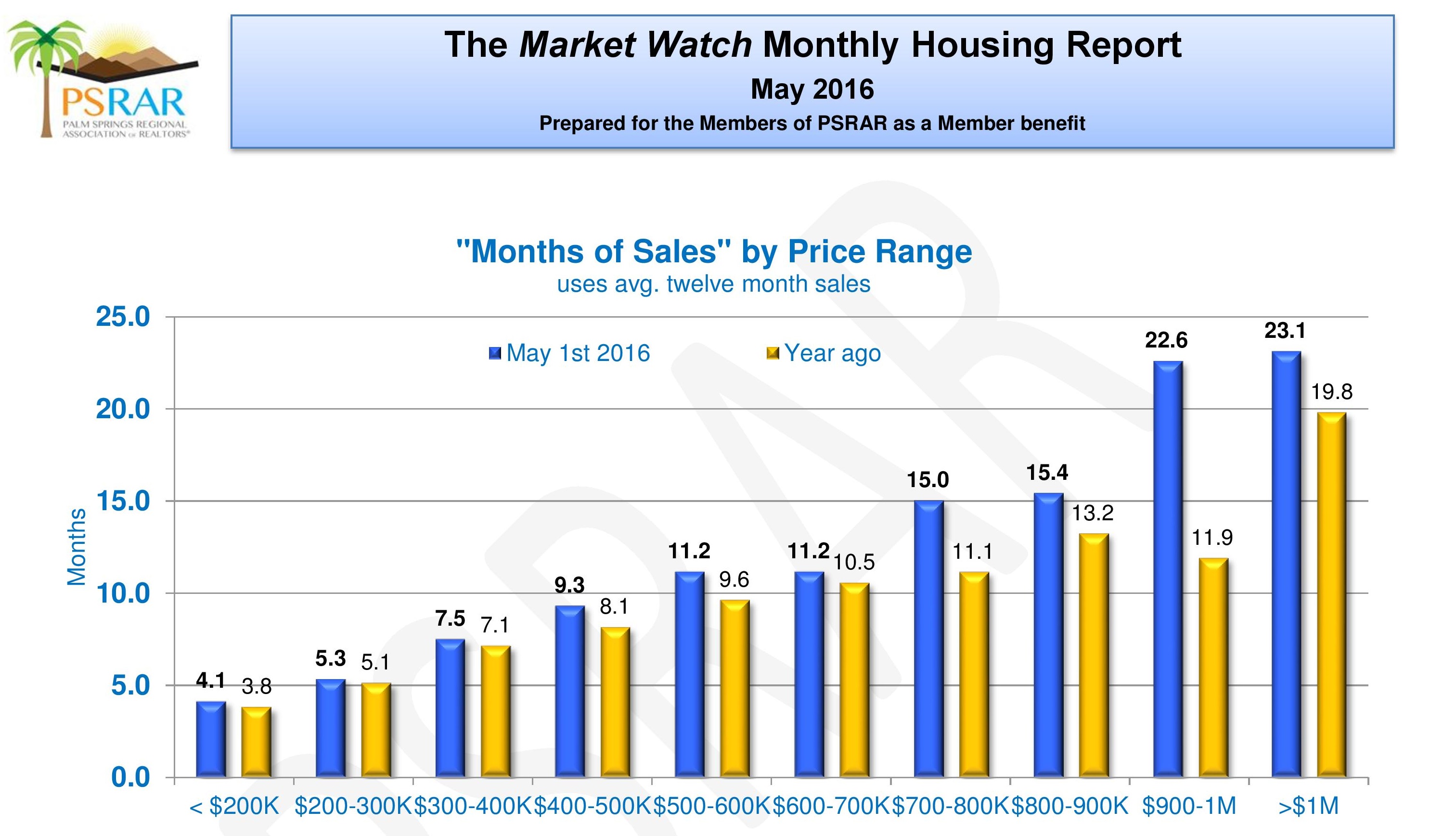 If you'd like more information, please contact us by email at desertdreamhomes@gmail.com or by telephone or text at (760) 422-4030.