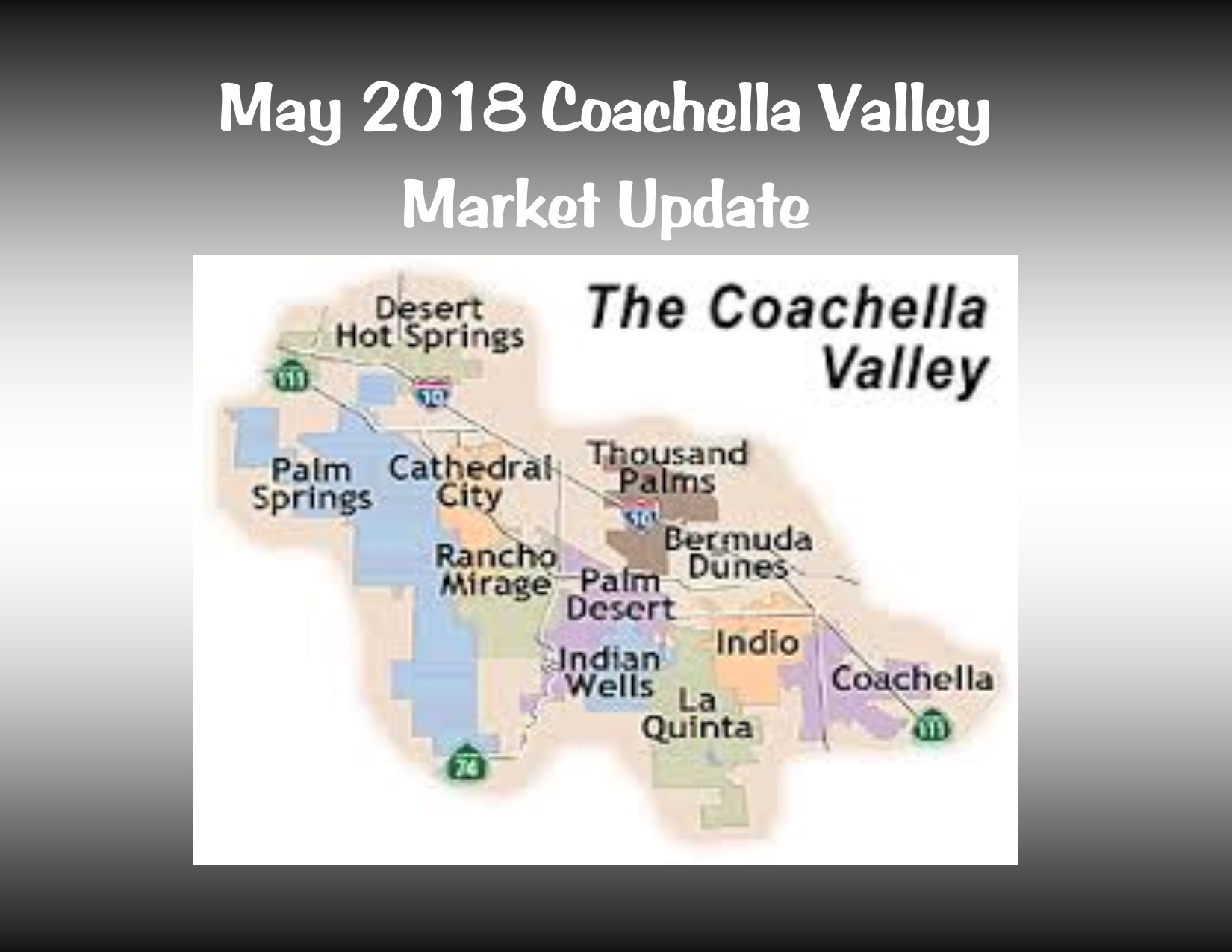 Local real estate market gurus, Market Watch LLC, have just released The Desert Housing Report for May 2018. Some of the highlights are: 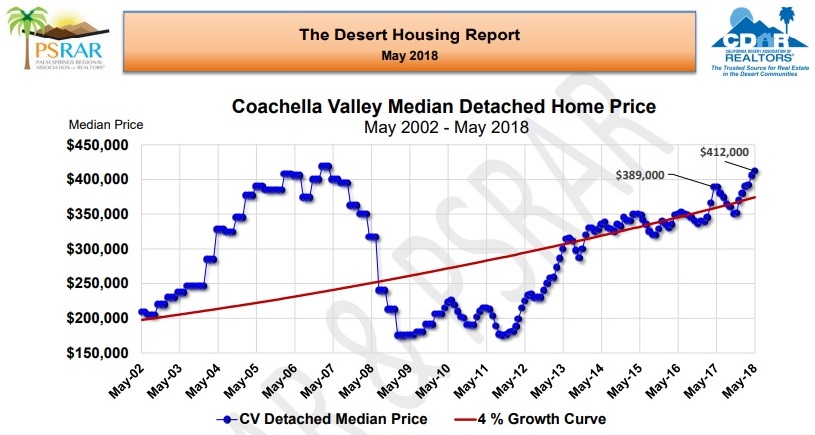 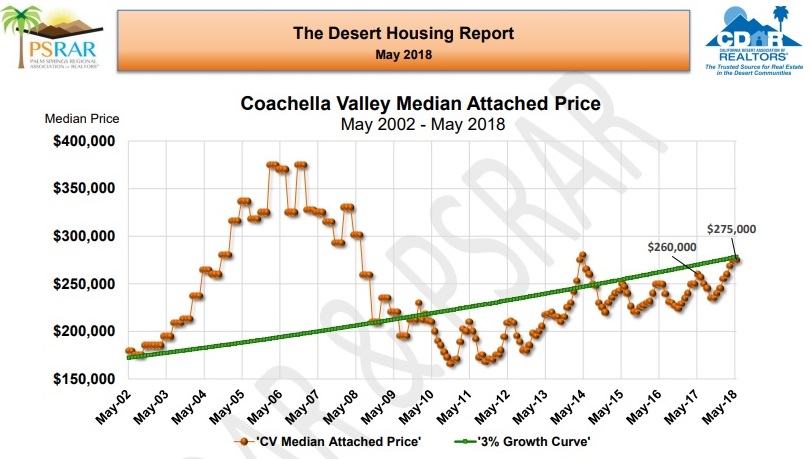 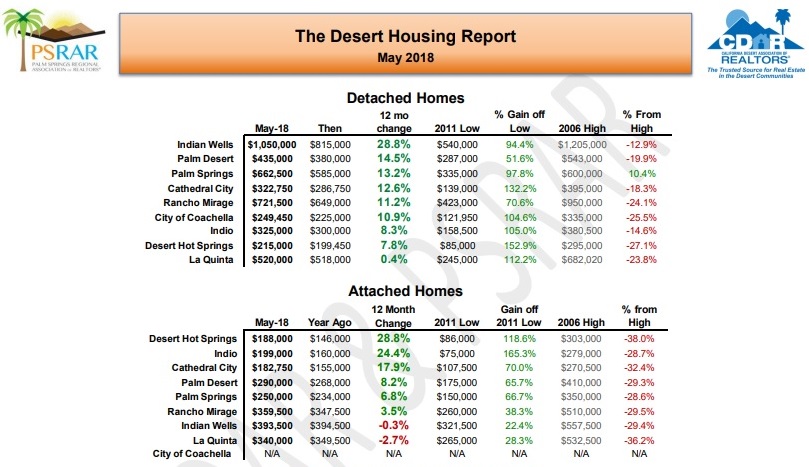 For the first time in two years, the median price of detached homes in all nine Coachella valley cities showed positive year over year price changes. This reinforces Market Watch’s conclusion that the housing market in the Coachella Valley is continuing to strengthen. Indian Wells and Palm Desert, which have been lagging in terms of changes in median price for the last two years, showed the Valley’s highest year-over-year median price gains of 28.8% and 14.5% respectively. In terms of attached homes, Market Watch noted that the changes in attached home prices continue to lag those of detached homes. The three cities with the largest year-over-year increases in attached home median prices were Desert Hot Springs (+28.8%), Indio (+24.4%) and Cathedral City (17.9%). 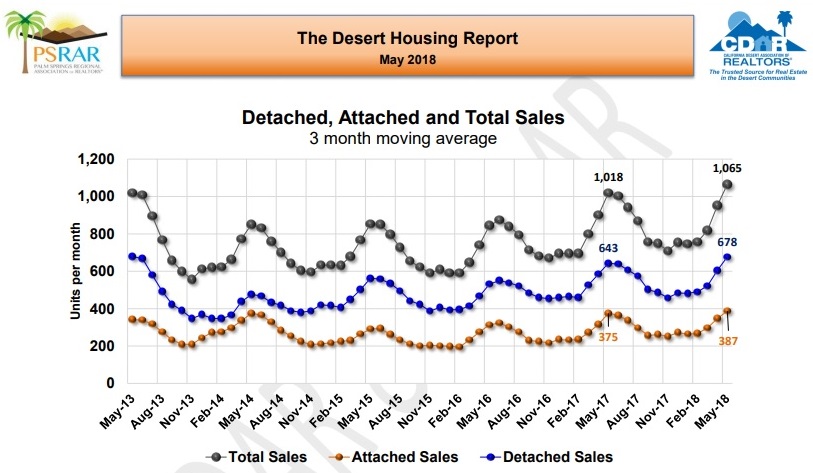 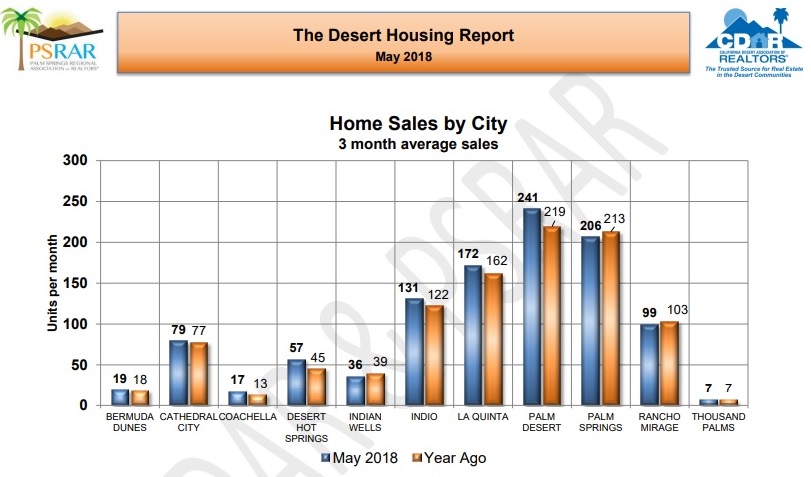 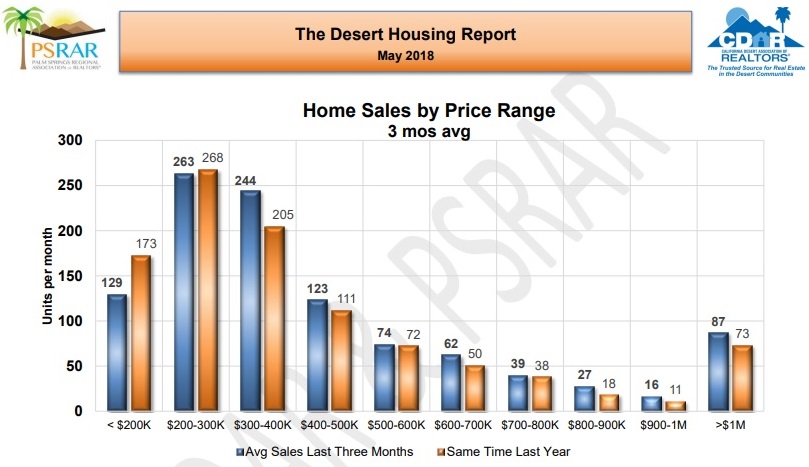 In looking at home sales by price range, Market Watch observed that sales were higher in all price brackets except the two under $300k, primarily because there are so few homes priced there. Sales of homes in the $800k to $900k and $900k to $1M brackets were up close to 50% year-over-year, while sales of homes priced over $1 million were 87 units (up 19% year-over-year). 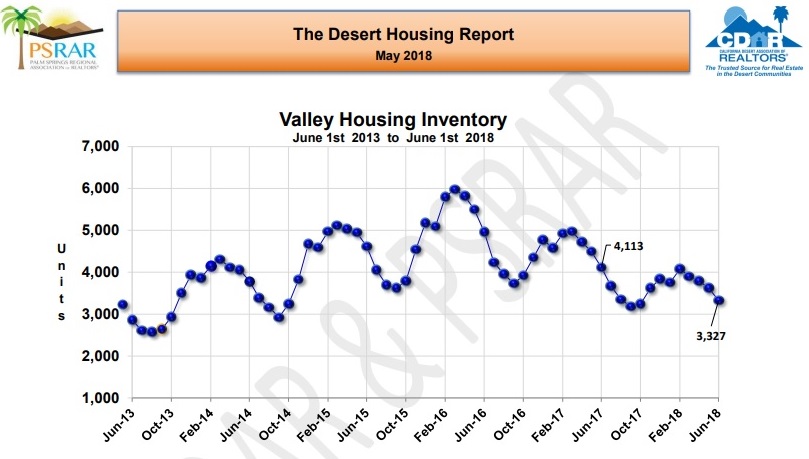 The Coachella Valley’s housing inventory continues to shrink to 3,327 units on June 1st (786 units less than the inventory of 4,113 units recorded at the same time last year). Market Watch expects inventory this autumn to probably reach roughly 2,700 units, the lowest level in over five years. 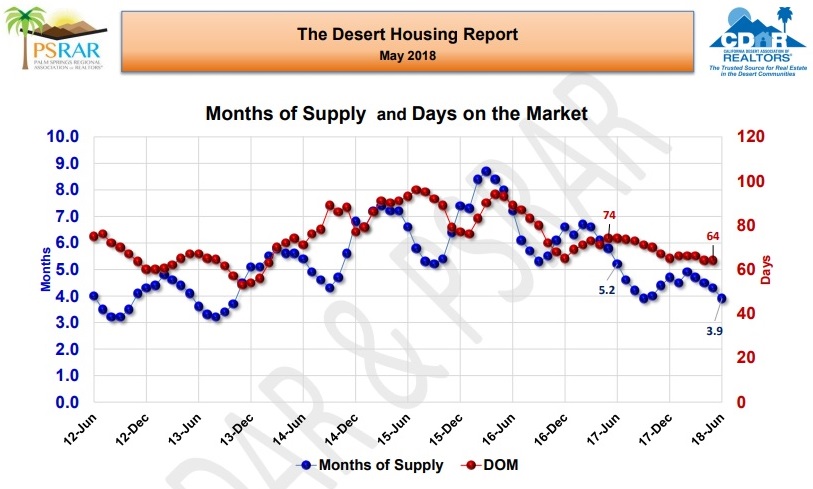 The months of supply ratio shows the same declining pattern as inventory, except as Market Watch noted that it’s even more pronounced because of the mathematical effect of dividing lower inventory by higher sales. The months of supply ratio for the entire Coachella Valley is now 3.9 months (vs. 5.2 months a year ago). The median days on market in May for the Coachella Valley was 64 days (10 days less than last May). 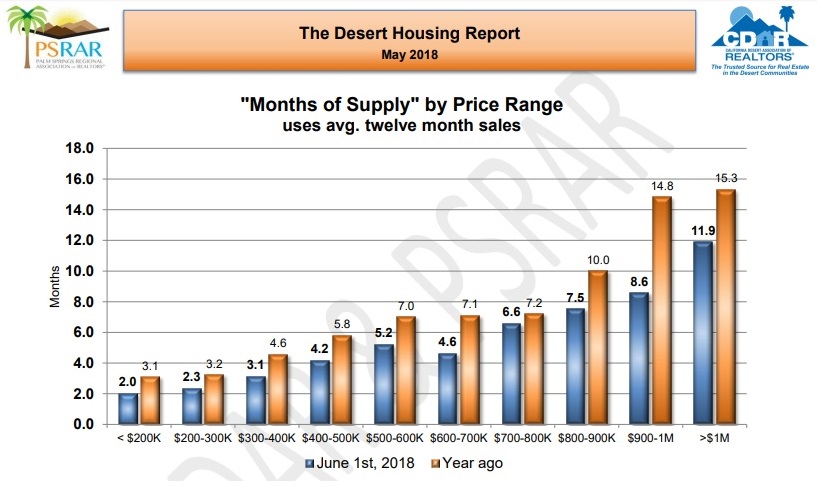 In looking at months of supply ratio by price range, Market Watch stated that months of supply ratio showed large improvements (decreases) in all price brackets, especially the higher ones, in Market Watch;s opinion, indicating that the continual improvement in the Coachella Valley’s basic housing metrics is both real and broad based and are not some temporary statistical anomaly but rather are rooted in underlying changes in consumer confidence and demographic trends that will continue. 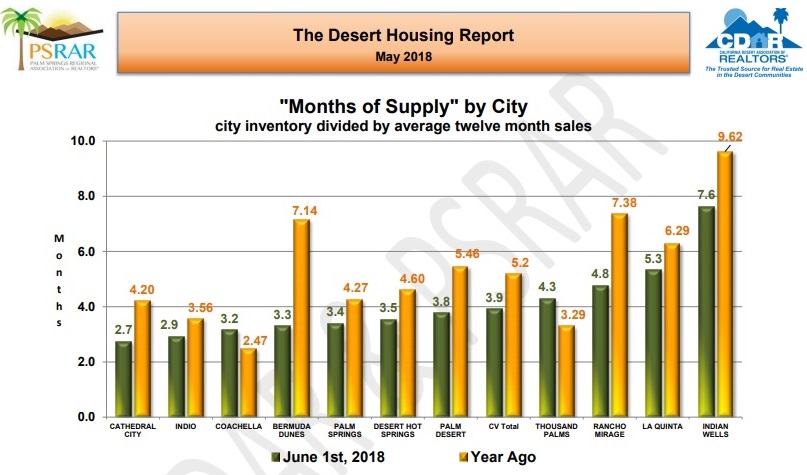