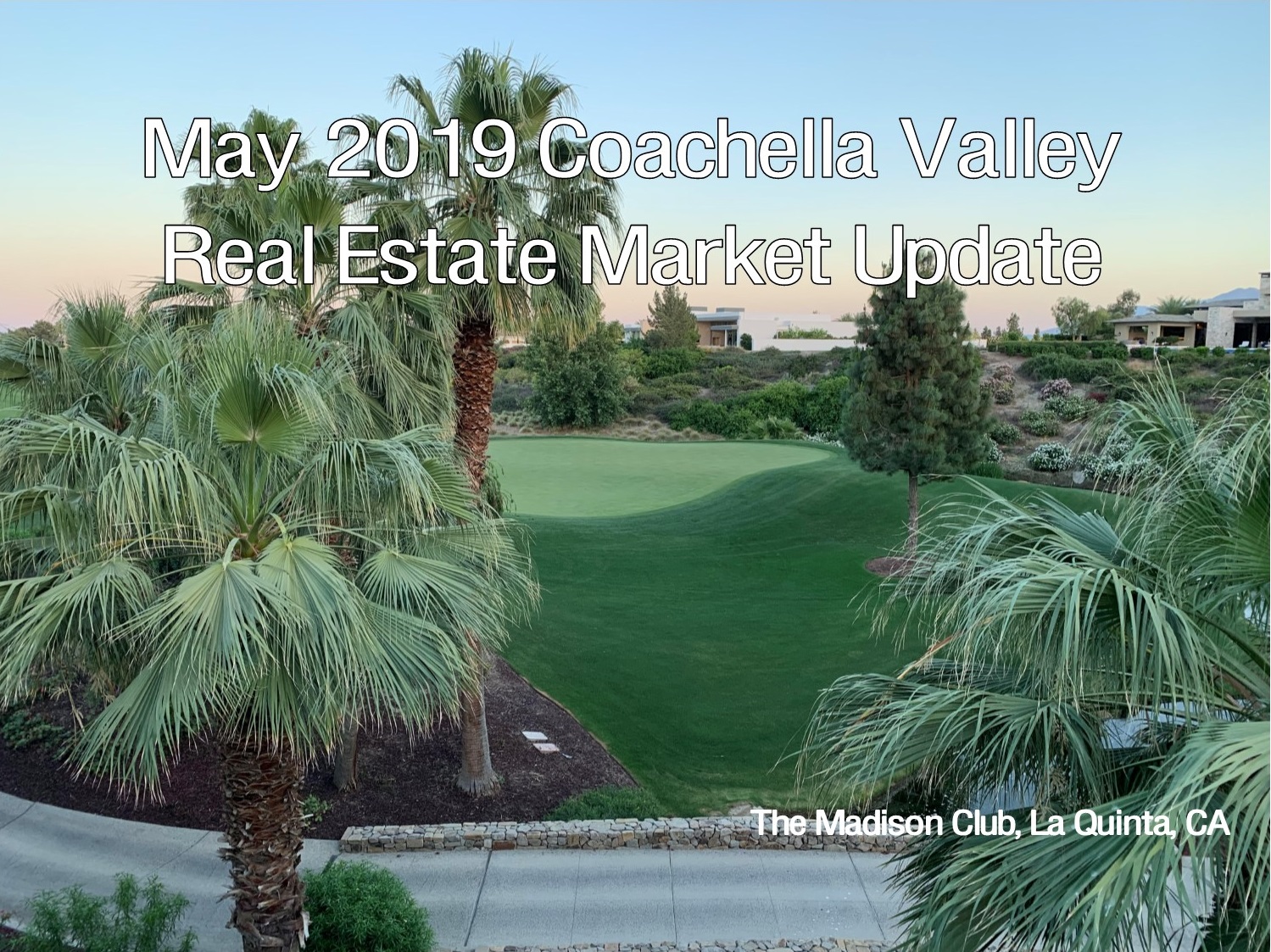 Local real estate market experts, Market Watch LLC, have released their May 2019 Desert Housing Report analyzing the state of the Coachella Valley's housing market. Some of the highlights: 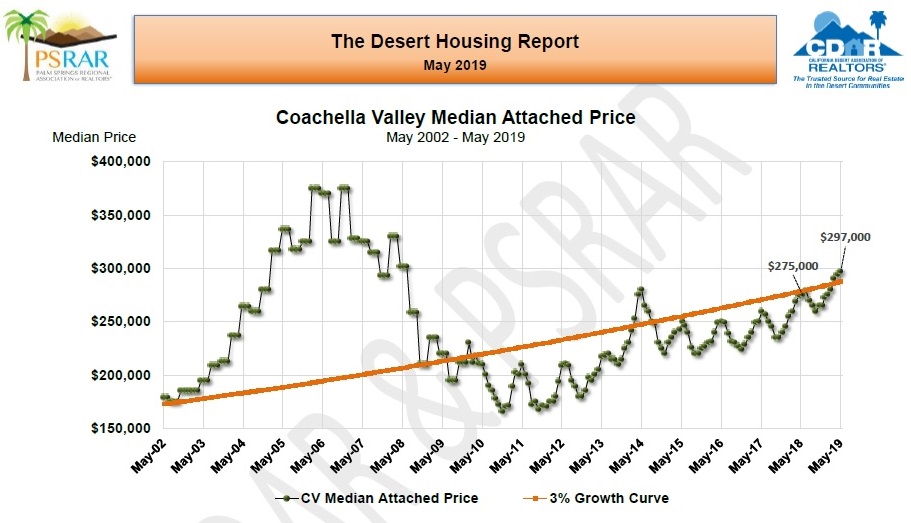 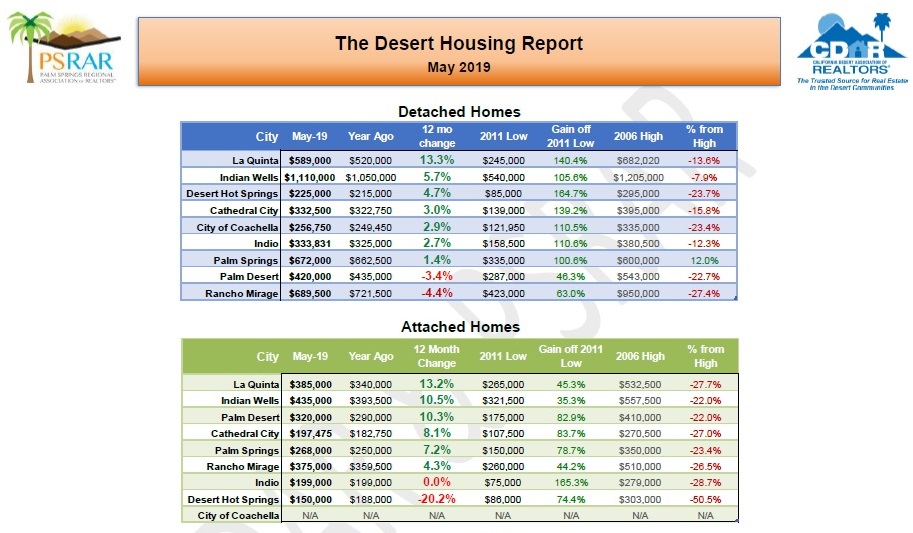 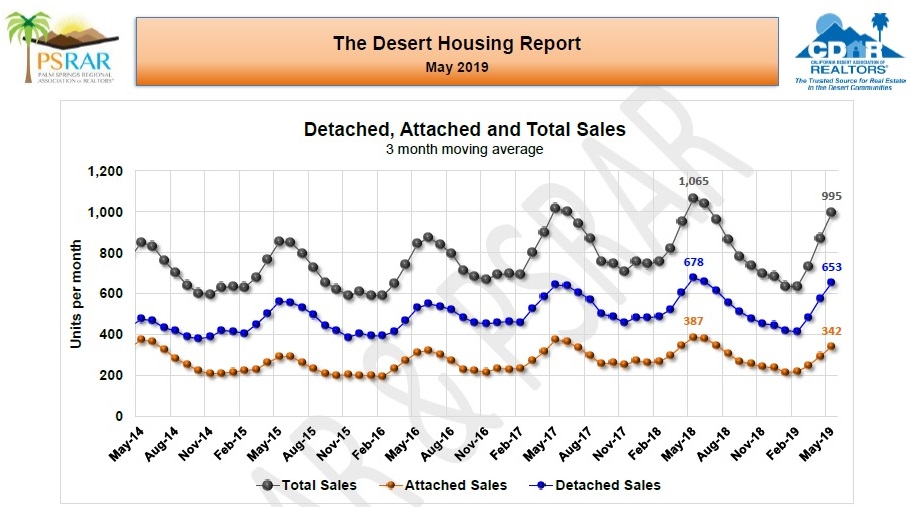 The 3-month average of total homes sales was 995 units a month (6.5% below a year ago). Market Watch noted that historically, sales almost always peak in the month of May so they claim that sales should now begin to slow down somewhat heading into the summer month. 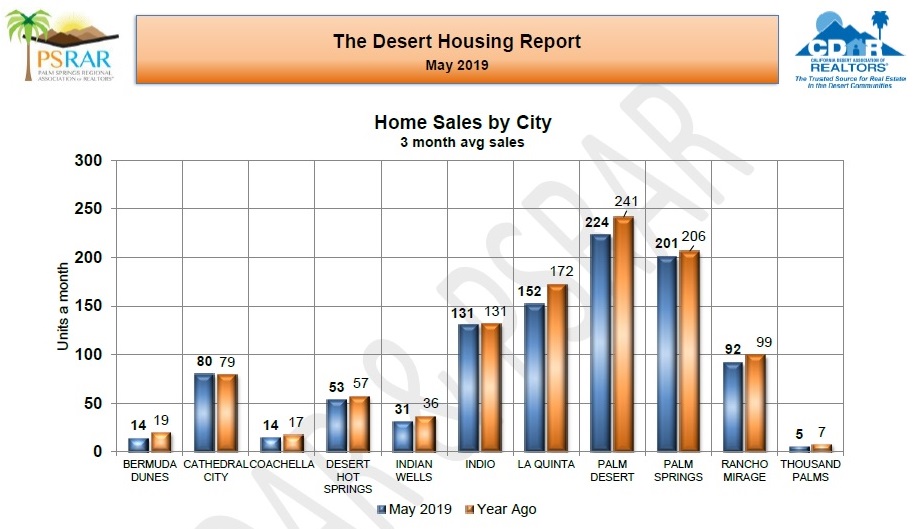 Ten of the eleven Valley cities had lower three-month sales compared to a year ago. Of the five major cities, La Quinta had the largest percentage decline in three-month sales (-11.6%) followed by Palm Desert (-7%) and Rancho Mirage (-7%). Of the smaller cities, Bermuda Dunes had the largest percentage decline (-26%). Even with the large price increases in Palm Springs, sales continued to remain strong at 201 units a month. 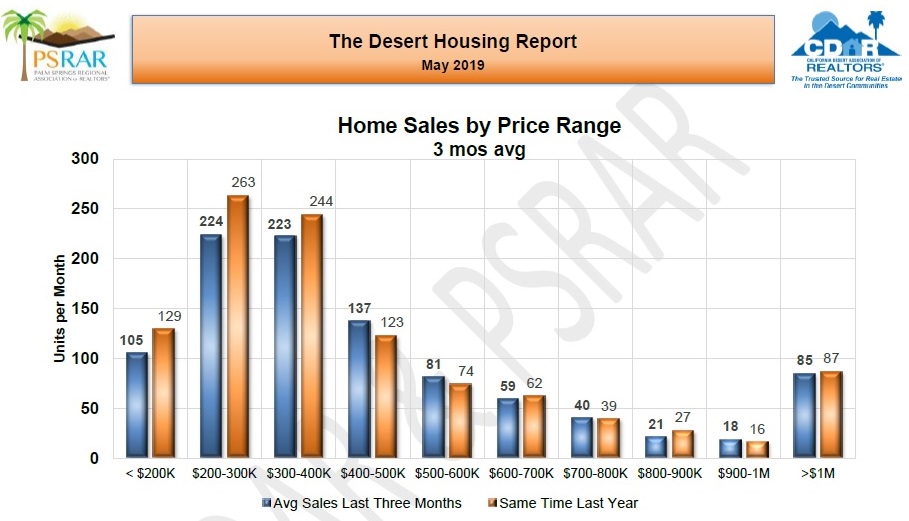 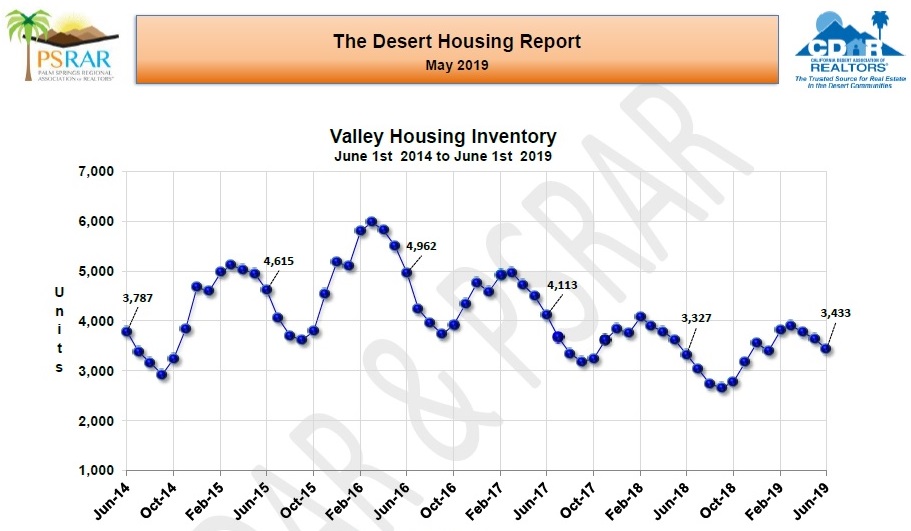 Inventory on June 1st was 3,433 units, approximately 100 more than last year at this time. It was Market Watch’s analysts’s opinion that with the rapid rise in sales over the last three months, inventory levels should begin to decrease. 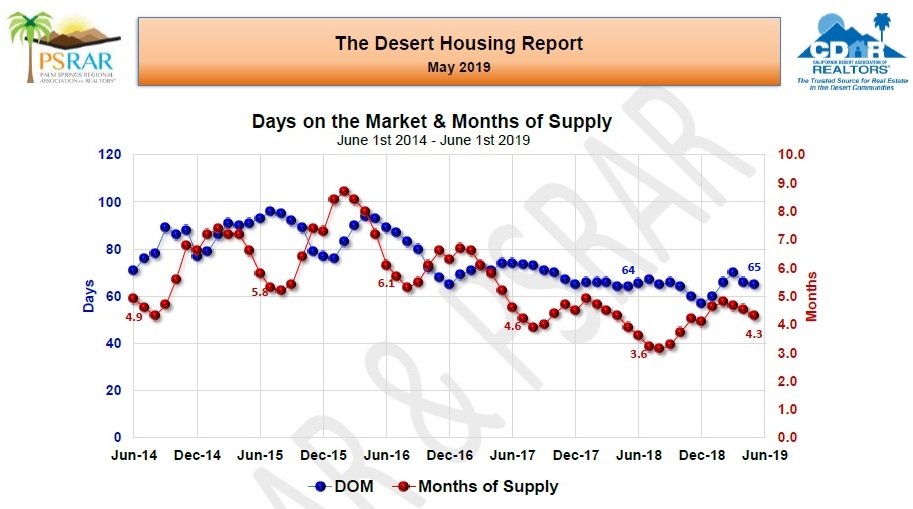 On June 1st , the months of sales ratio, which is inventory divided by the average 12-month sales, was 4.3 months (7/10 of a month higher than a year ago). Market Watch noted that a 4.3 months of sales ratio is a very low, positive ratio and shows that the Coachella Valley market is still somewhat a seller’s market. Market Watch analysts pointed out that the median value of days on the market was 65 days (the same level that the median days on the market has been at for the last three years). In their opinion, this also shows that the Coachella Valley market is a seller’s market. 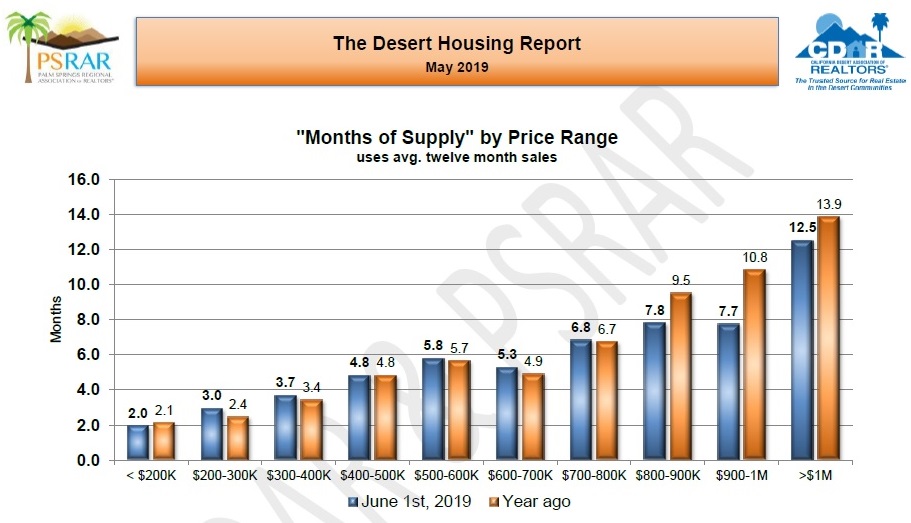 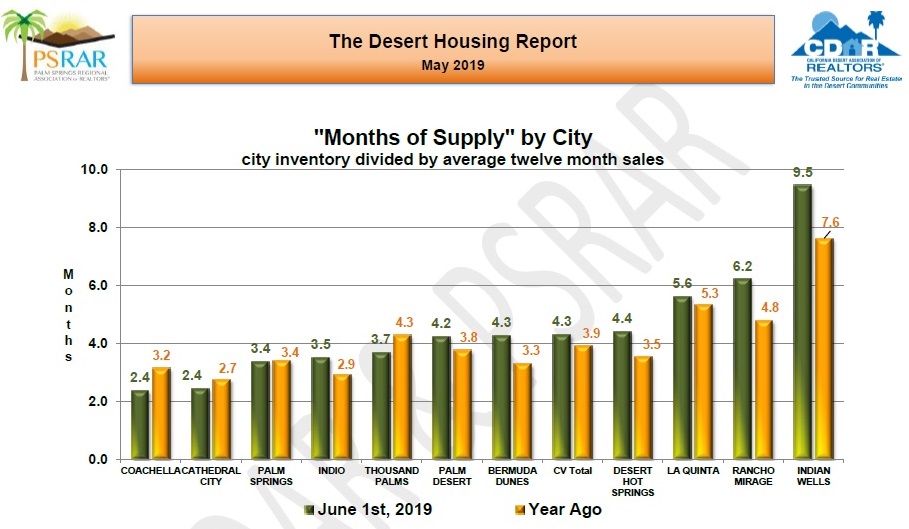 Seven cities, Indio, Palm Desert, Bermuda Dunes, Desert Hot Springs, La Quinta, Rancho Mirage and Indian Wells, have slightly higher month of supply ratios when compared to a year ago. The cities of Coachella, Cathedral City, and Thousand Palms all have months of supply ratios measurably lower than a year ago. 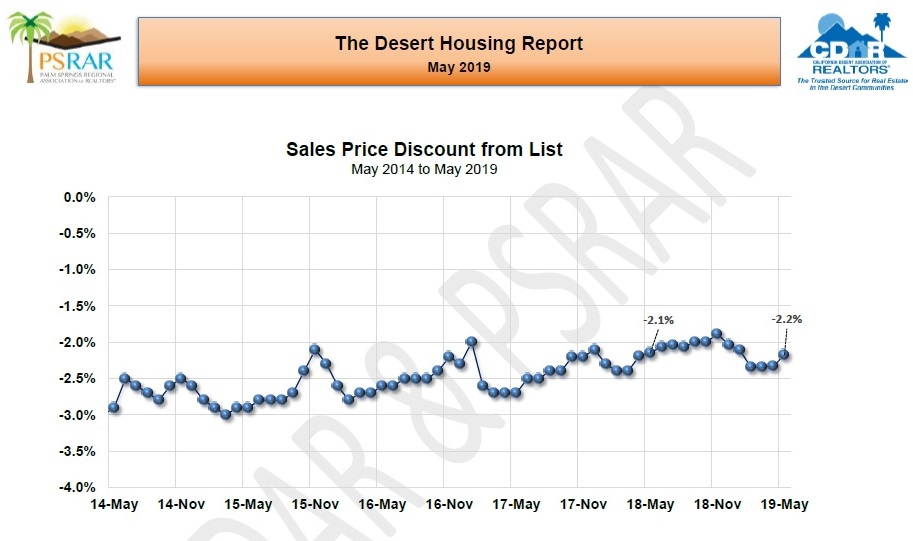