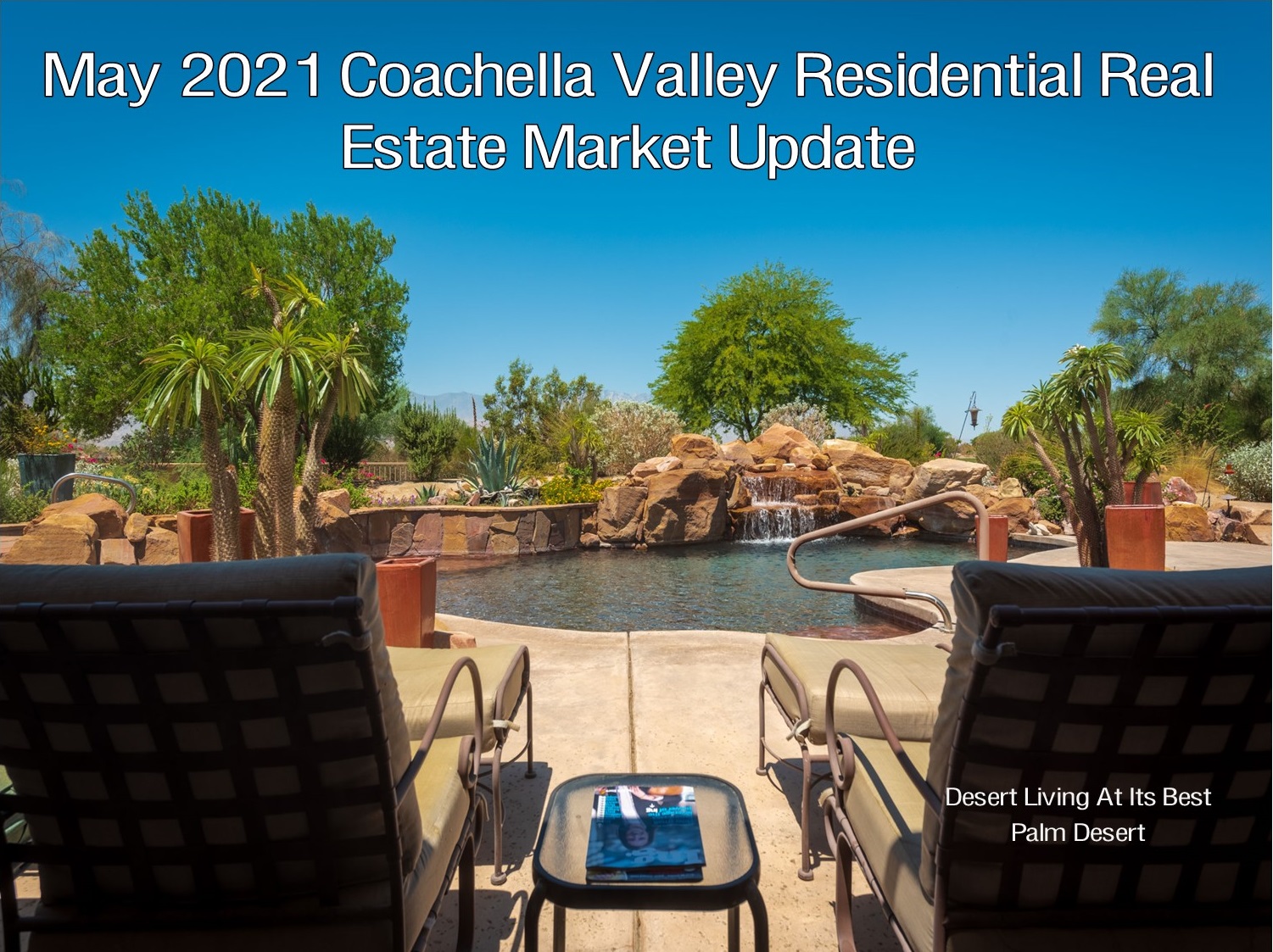 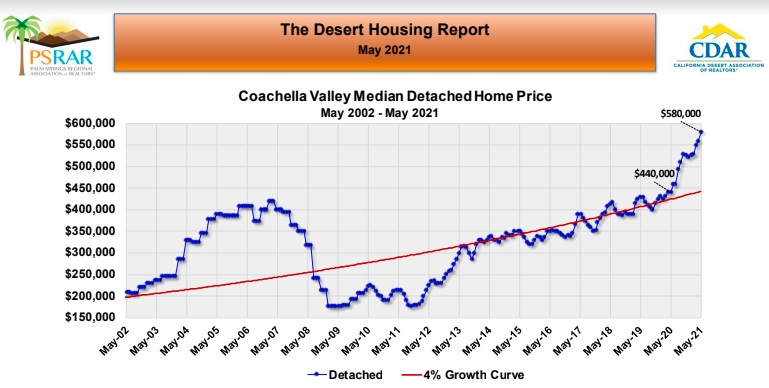 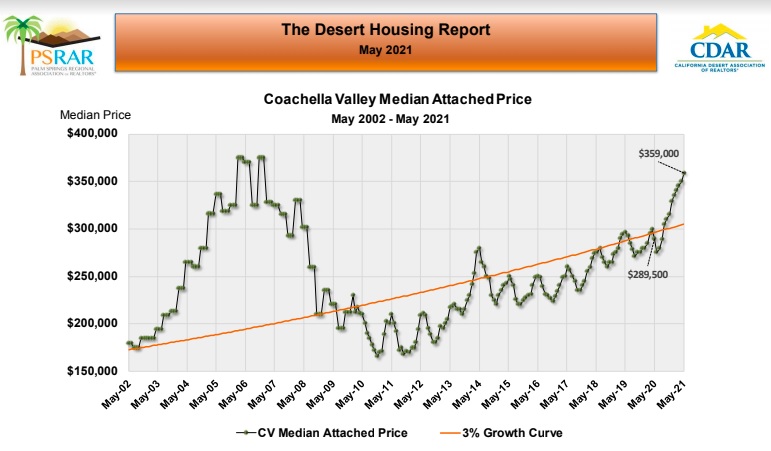 Attached Home Median Price:  For the 11th straight month, the Coachella Valley attached home median home price increased. The May attached home median price increased to $359,000 (up 24% year-over-year from $289,500 in May 2020). Market Watch commented that historically the three-month average of median prices has peaked in May and then declined about 10% over the following four or five months. Time will tell if the current unusually strong housing market will follow this historical seasonal pattern. 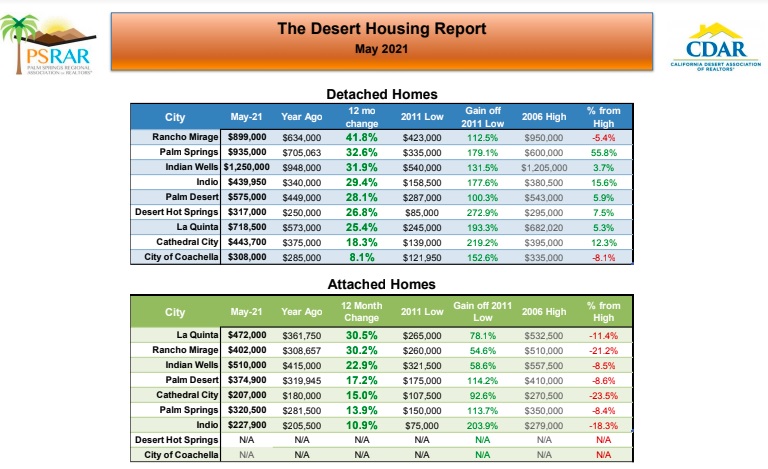 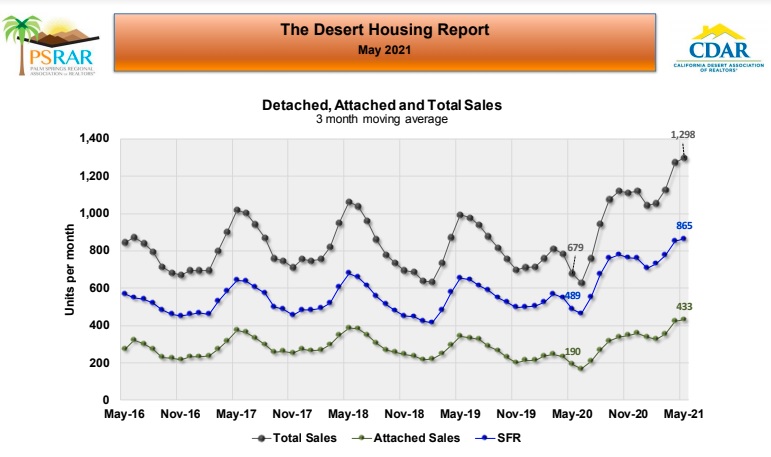 Three Month Average Home Sales: In May, total home sales reached an all-time three-month average high of 1,298 sales per month (up 91.2% year-over-year from 679 sales one year ago). Two thirds of all home sales were single-family residences and one third were attached homes. Market Watch noted that if the historic seasonal pattern continued this year, home sales should decrease somewhat over the upcoming summer months. 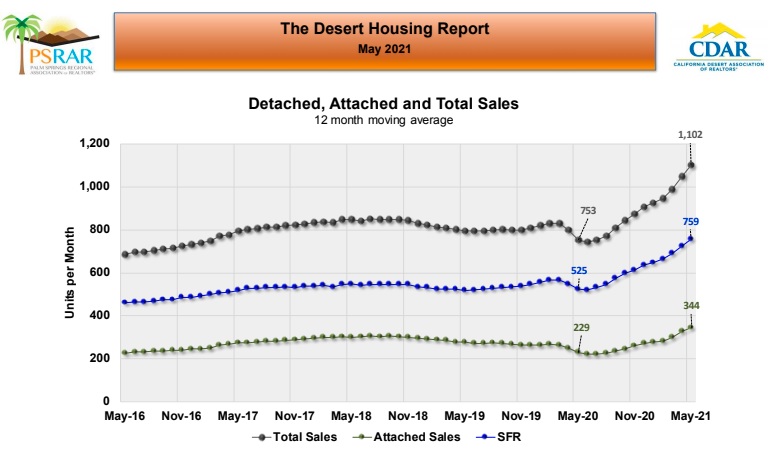 Twelve Month Average Home Sales: The twelve-month average of home sales shows the long-term trend of increasing total, detached and attached homes sales after the three-four month decline in home sales at the start of the pandemic last year. Over the last twelve months, total Coachella Valley home sales have been averaging 1,102 sales (up 46.3% year-over-year from the twelve-month average total home sales of 753 sales one year ago). 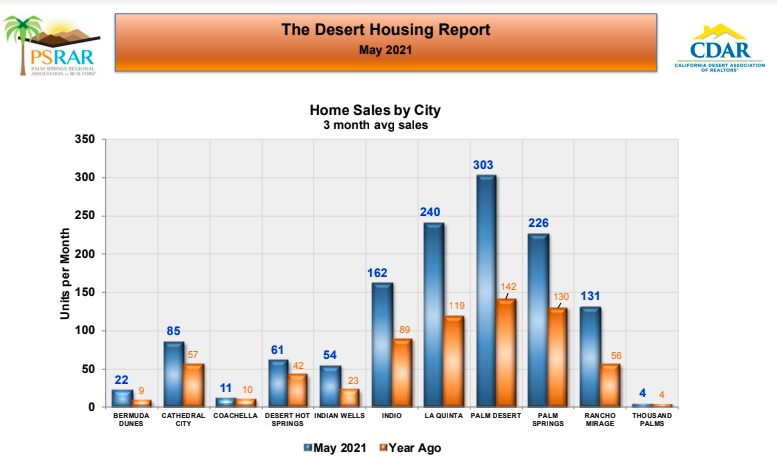 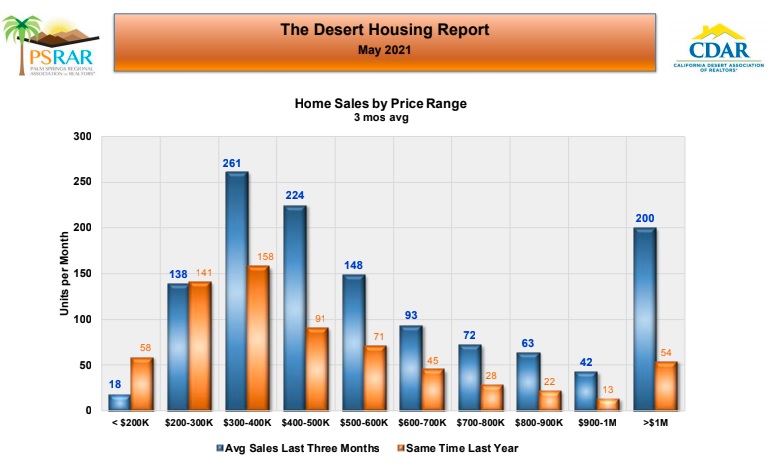 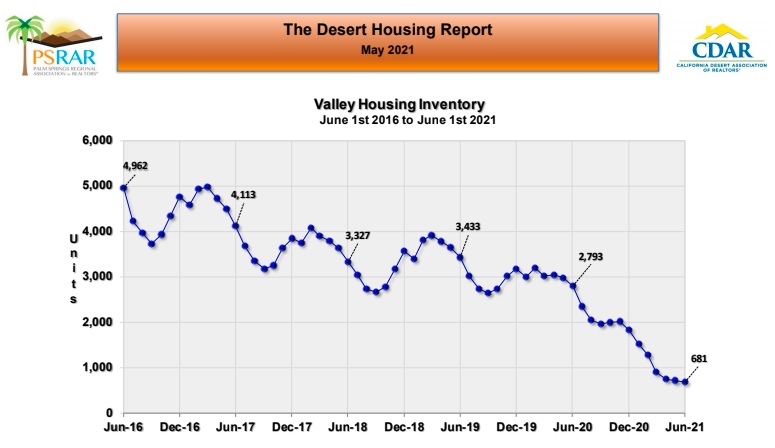 Coachella Valley Housing Inventory: On June 1st, there were a record low 682 homes for sale in the entire Coachella Valley (down 75.6% year-over-year from 2,793 homes for sale on June 1, 2020). Market Watch explained that housing inventory continued to remain low because high sales were rapidly absorbing the increasing number of new listings. This lack of supply is putting upward pressure on home prices. Historically, at this time of year housing inventory normally declines but Market Watch felt that this seems almost impossible given the already low inventory level. 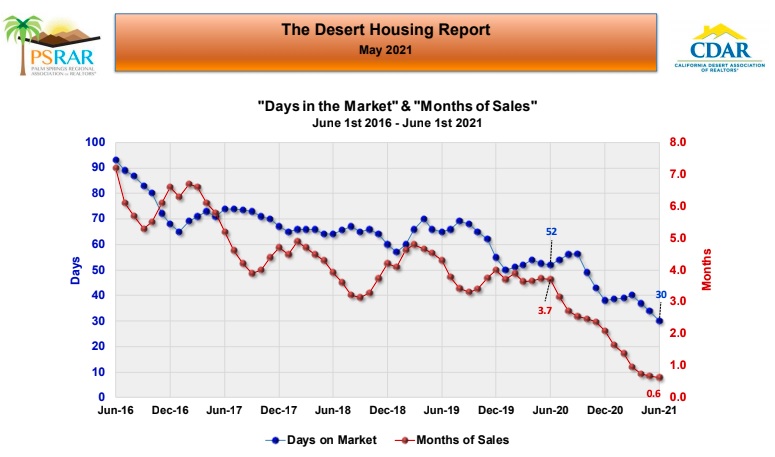 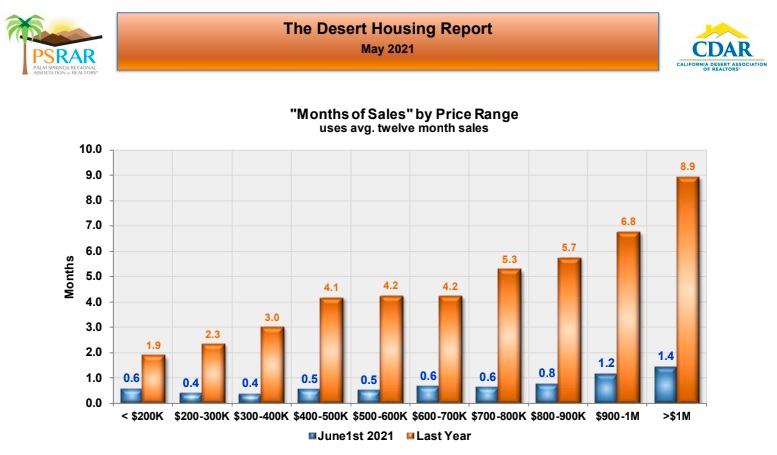 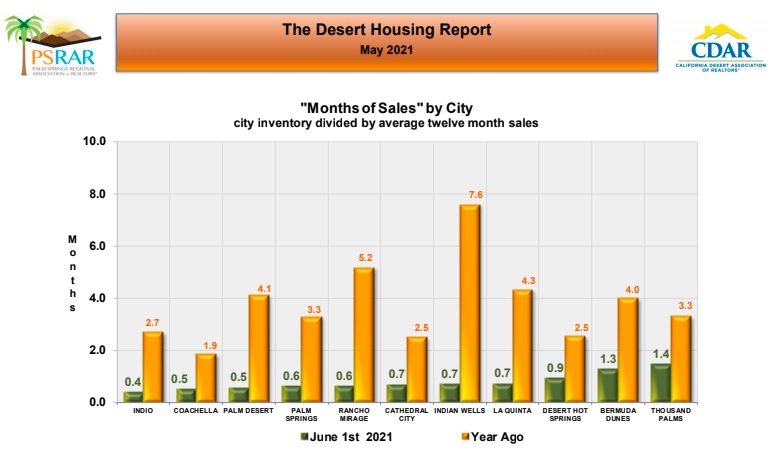 Sale Price Discount from List: For the third consecutive month, the May median value for the sale price discount from list was 0%. Interestingly, Market Watch stated that in this current market more homes are selling at exactly list price than above or below it, causing the median number to be exactly 0%.