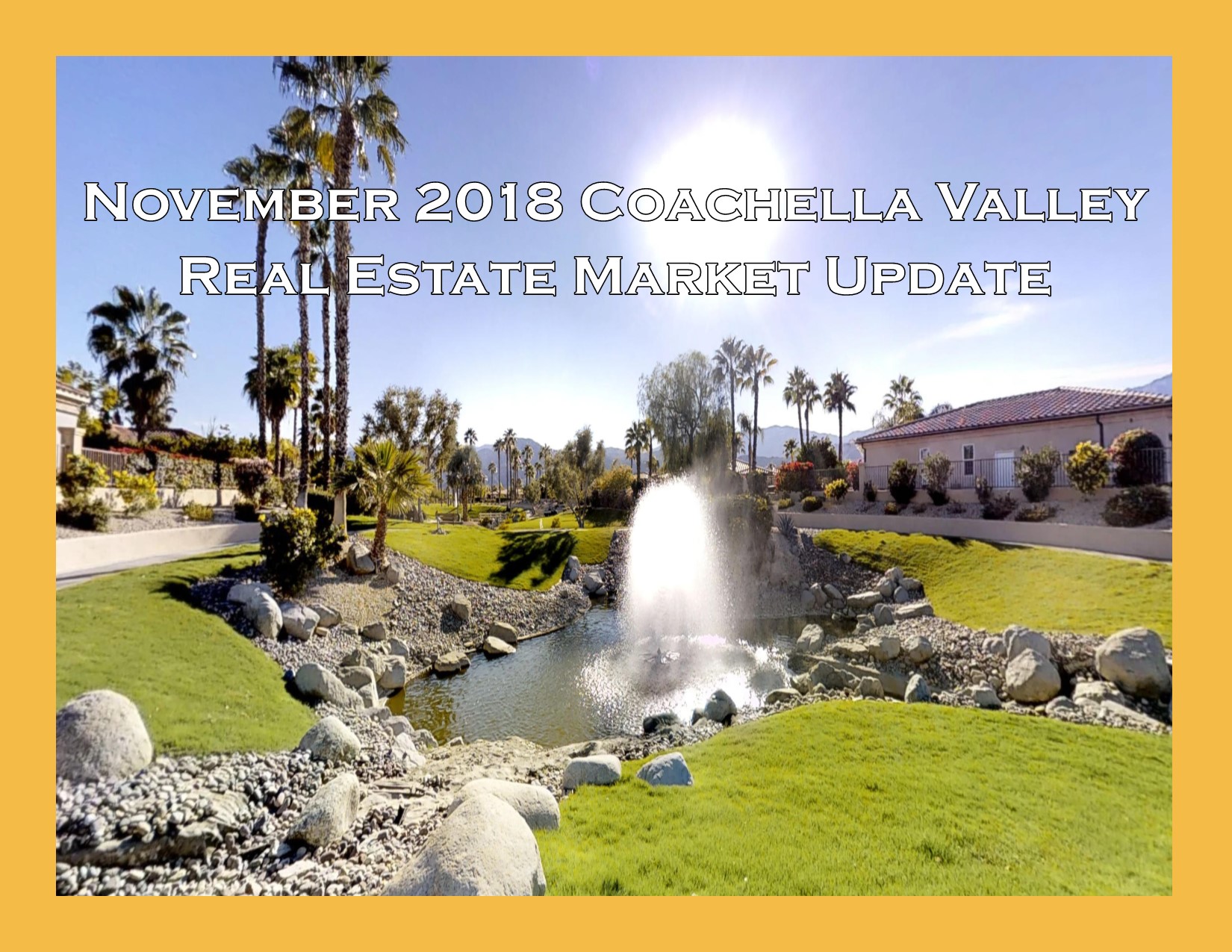 Our local real estate market experts, Market Watch LLC, have just released their November 2018 Desert Housing Report. Some of the highlights are: 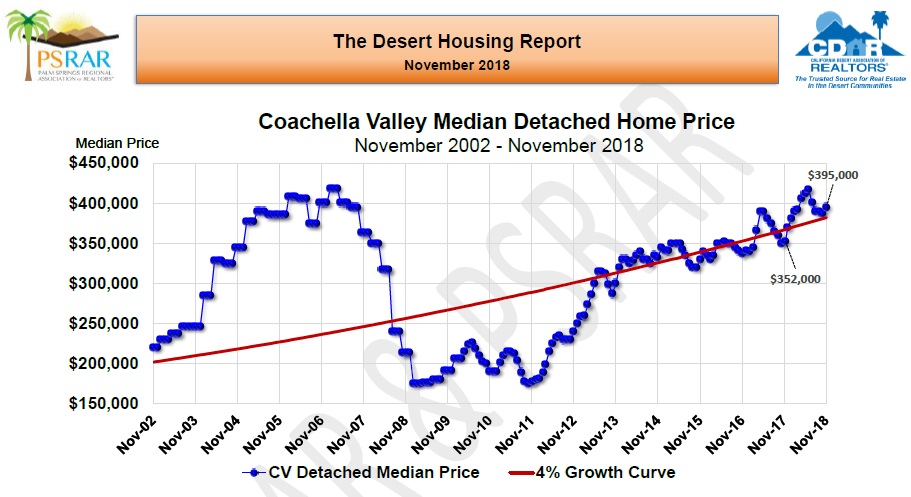 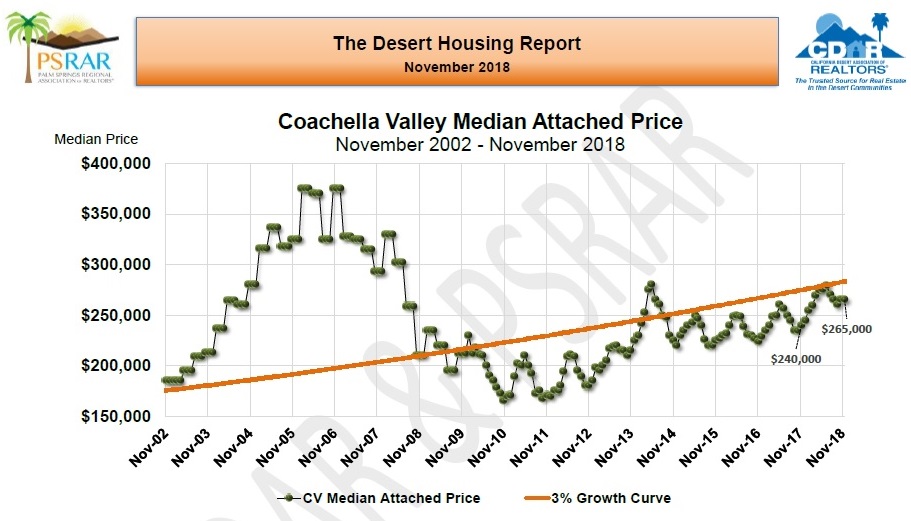 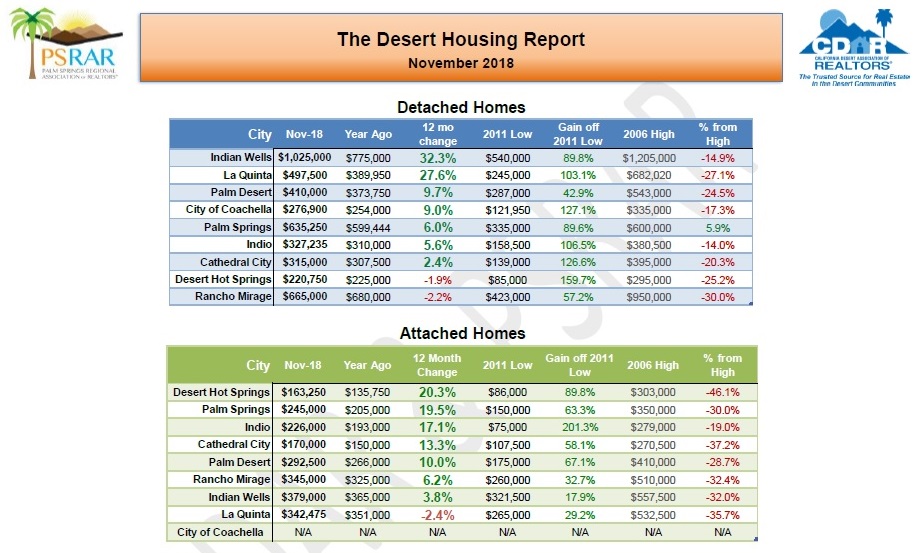 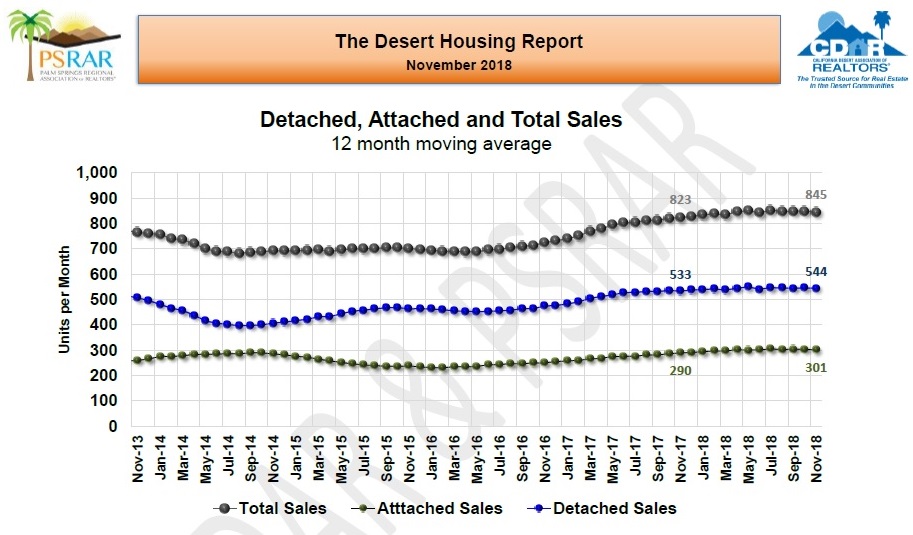 Market Watch’s analysts noted that home sales continued to show a very slight, almost unnoticeable retrenchment. The 12-month average of total Coachella Valley home sales (which takes out the seasonal ups and downs and displays the long-term trend) showed a flattening of sales over the last 6 months with 12-month average sales of 845 units per month (up 2.7% year-over-year). Market Watch’s analysts expect total unit sales in the new year to be equal to or slightly less than in 2018. But, because of higher home prices, they expect that total dollar sales will be higher than in 2018. 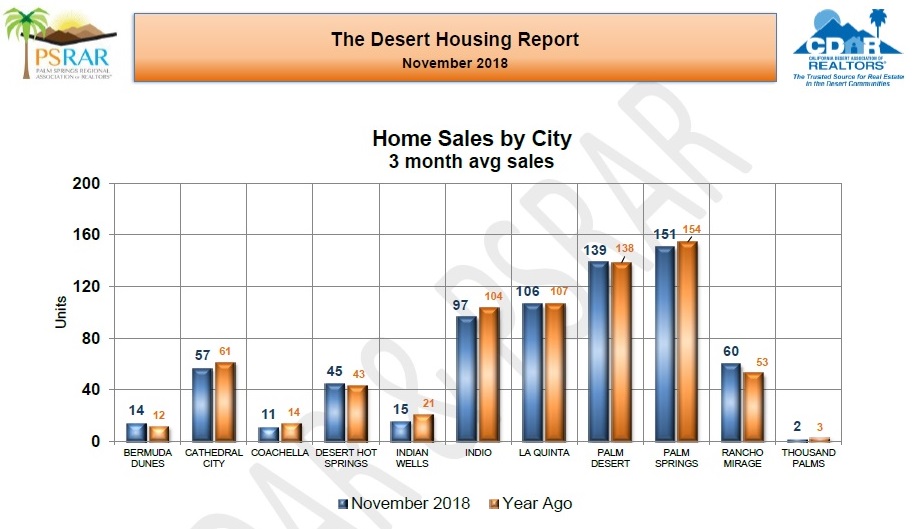 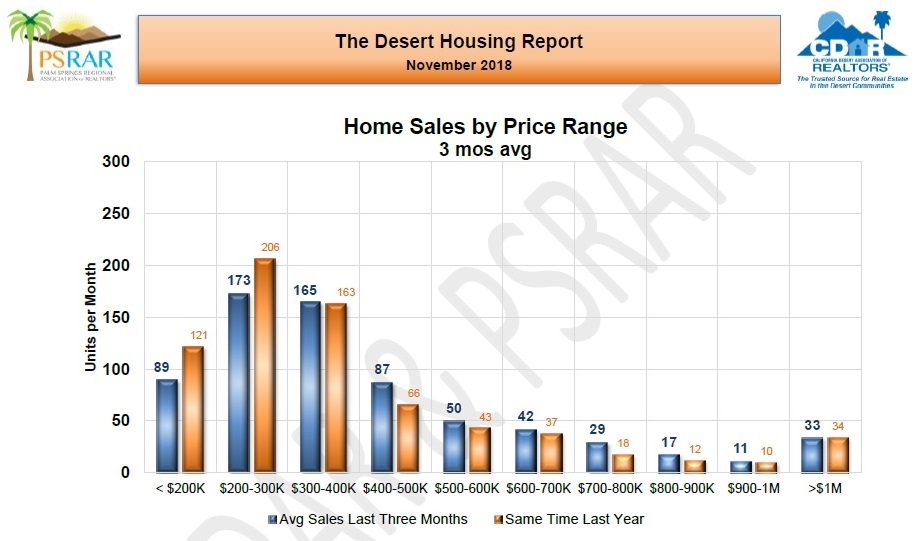 In looking at home sales by price range, sales continued to increase in the higher price brackets and decline in lower brackets. Market Watch’s analysts highlighted that sales in the two price brackets under $300k, which account for 38% of all Coachella Valley home sales, were down 20%. Sales of homes priced from $300k to $400k were the same year-over-year and home sales increased in all price brackets over $400k year-over-year. 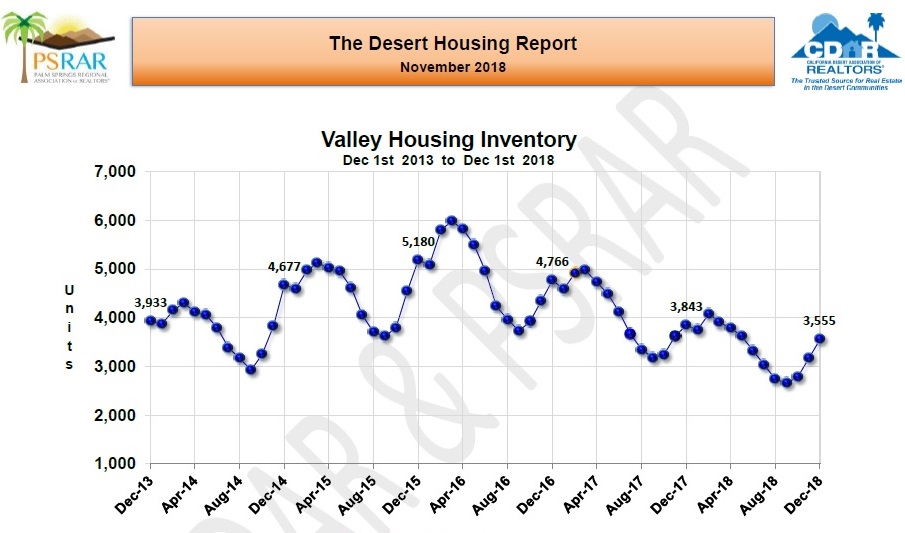 Coachella Valley inventory on December 1st was 3,555 units (382 units higher than on November 1st, but 288 units less than on December 1st, 2017). Market Watch’s analysts felt that this increase in inventory was primarily a seasonal increase and, if history is a guide, it should increase to possibly 4,000 units in early spring. Comparing inventory against the same month in previous years, they noted that this is the third year of declining inventory. 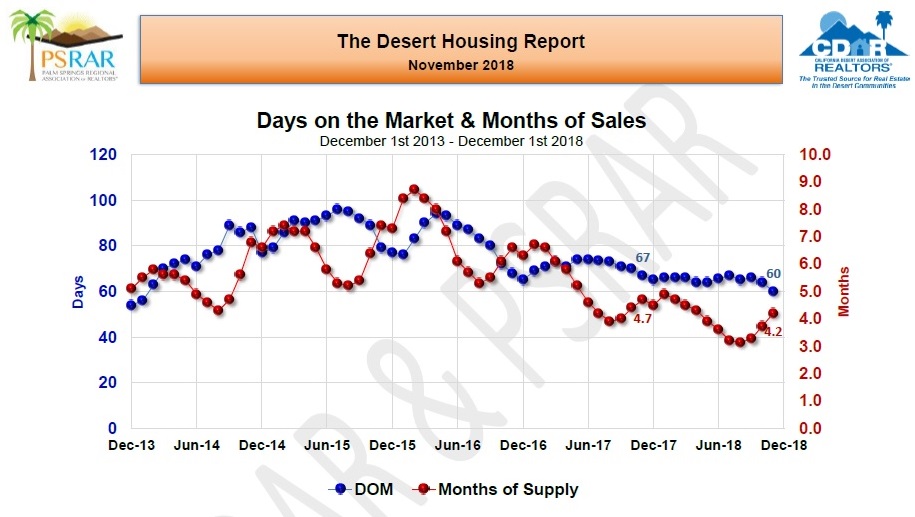 The Coachella Valley’s months of sales ratio on December 1st was 4.2 months. Market Watch’s analysts noted that this is a seasonal increase from October 2018 of half a month but also half a month less than the months of supply ratio on November 1st, 2017. The median number of days on the market in November was 60 days (7 days less than in November 2017). Market Watch’s analysts felt that both months of sales and days on the market indicated a healthy, positive real estate market as the 2019 top selling period begins at the start of the year. 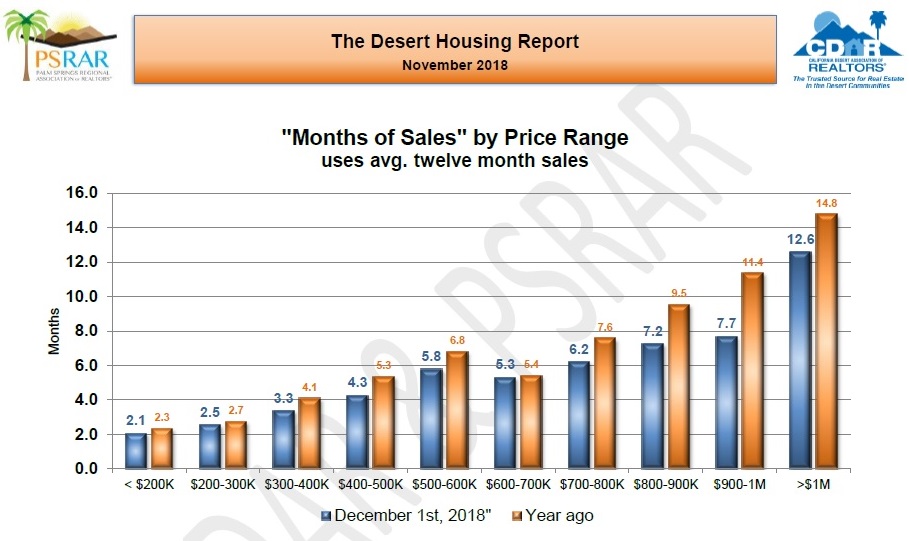 Market Watch’s analysts commented that months of sales ratios continued to be lower across all price brackets compared to a year ago. They did note that while the months of sales ratio for homes priced over one million dollars (at 12.6 months of sales) was lower than at the same time last year, it was still somewhat high on an absolute basis. 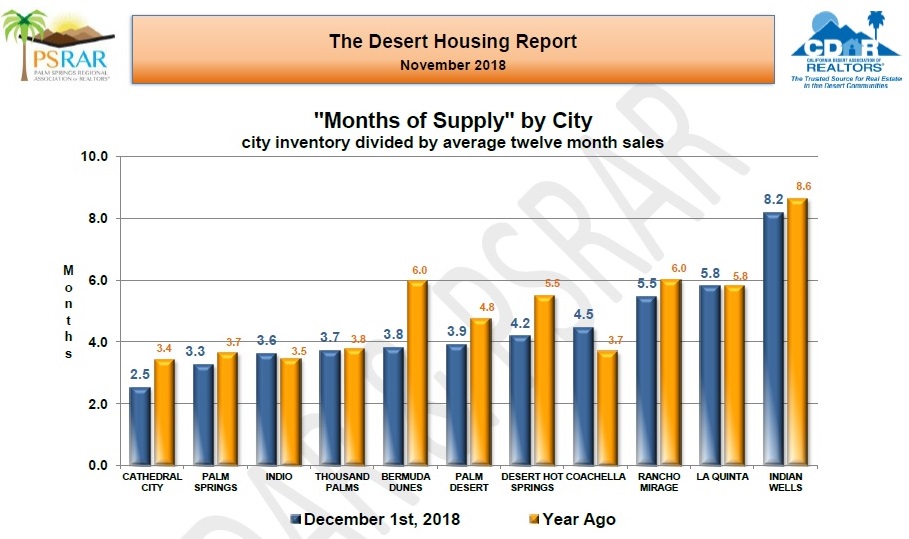