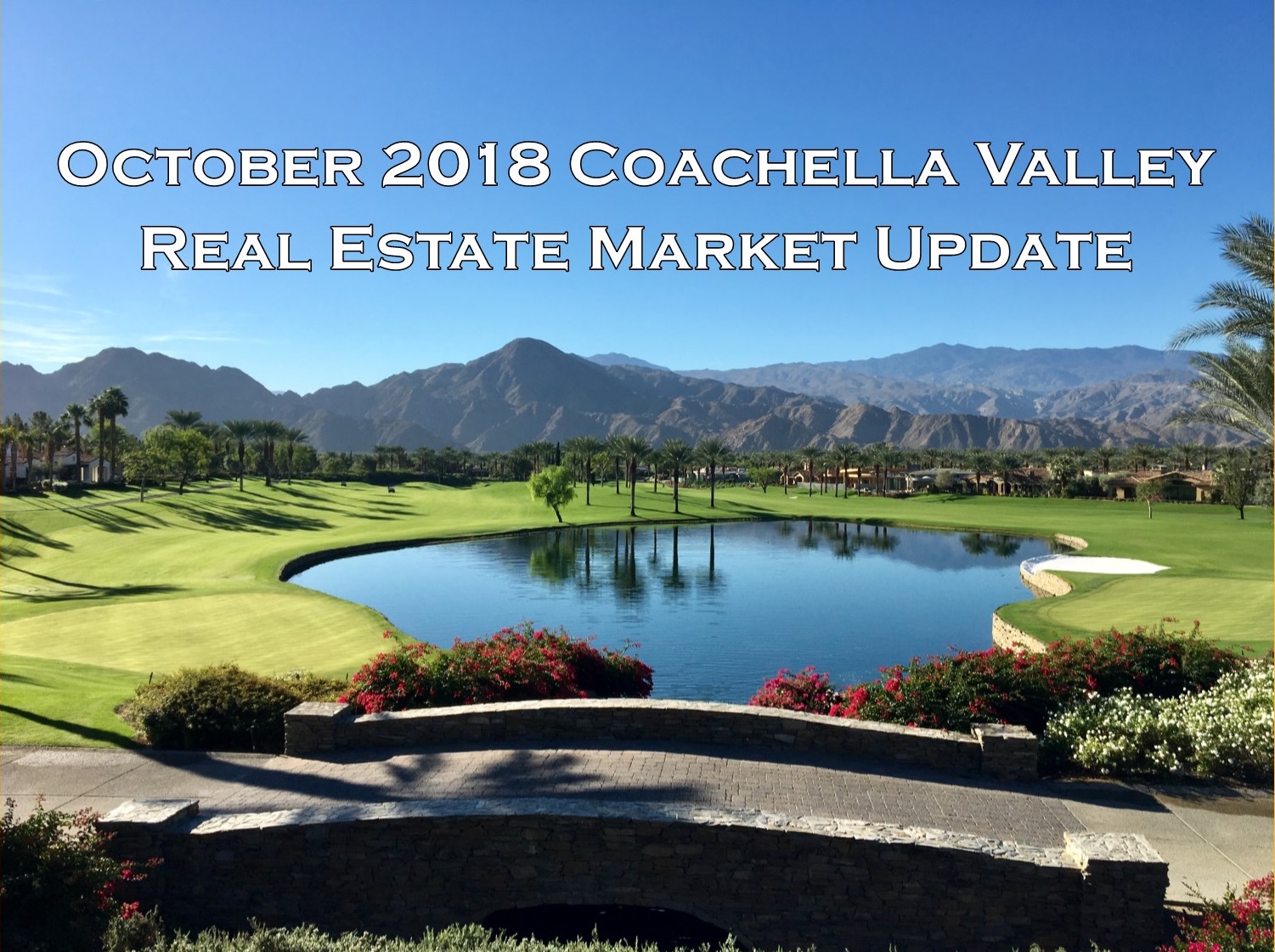 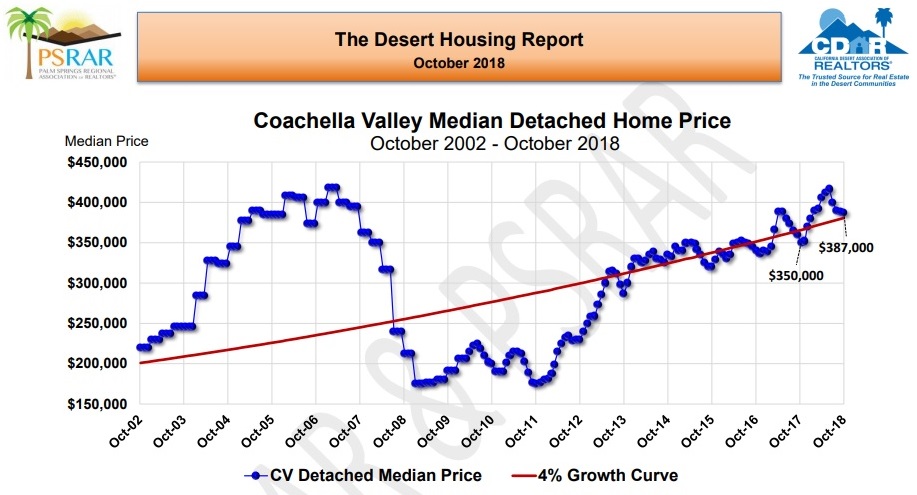 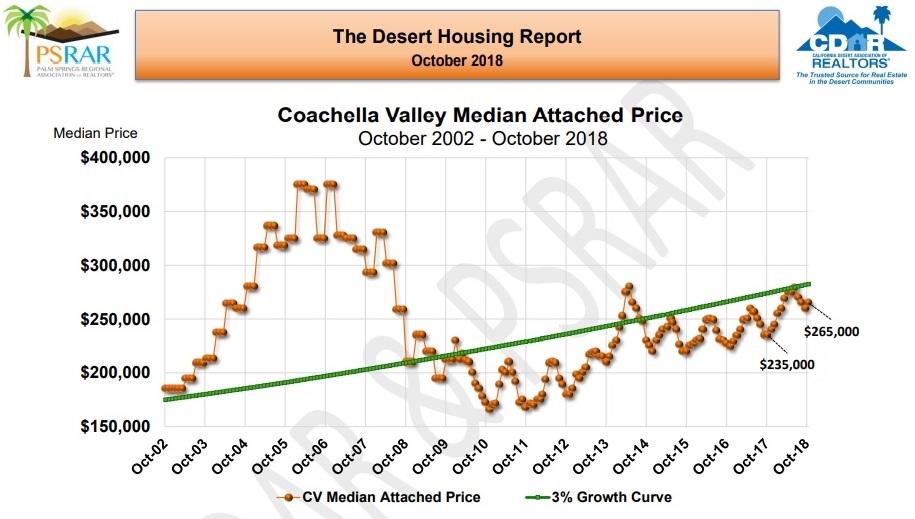 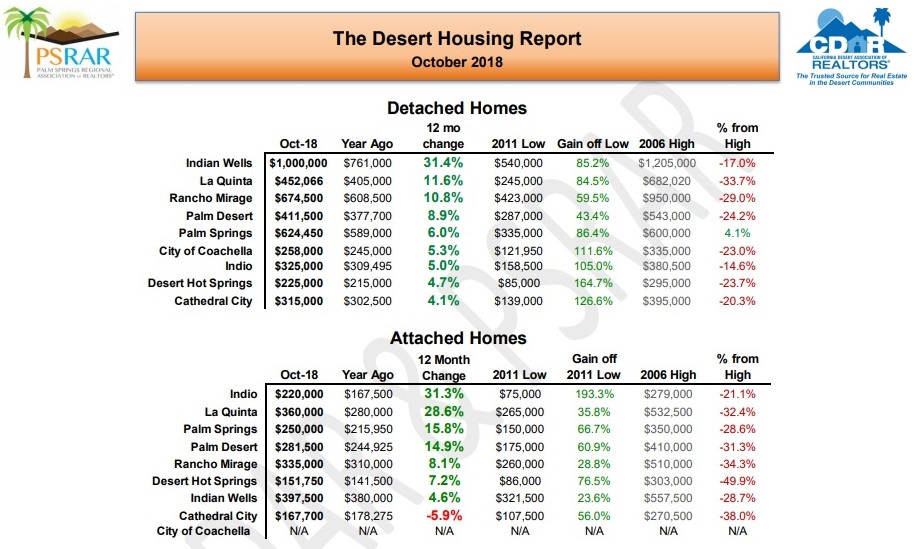 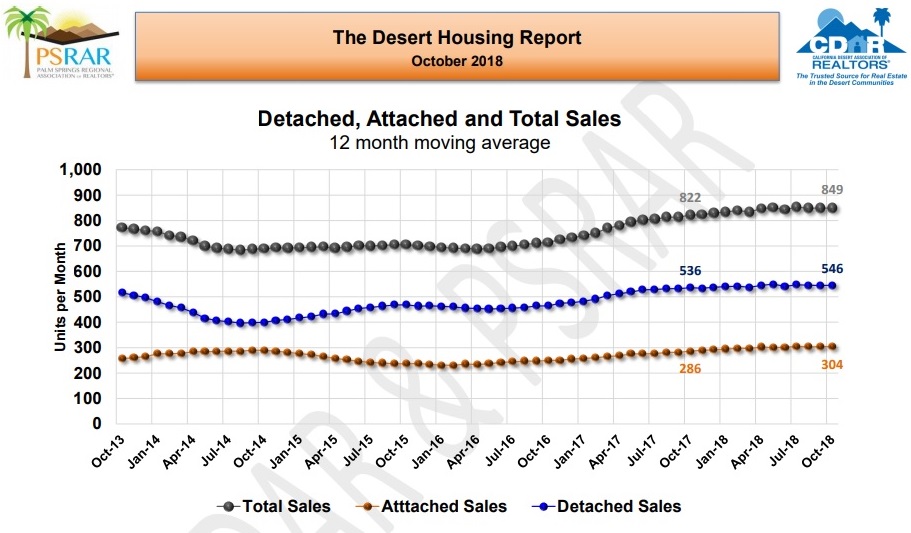 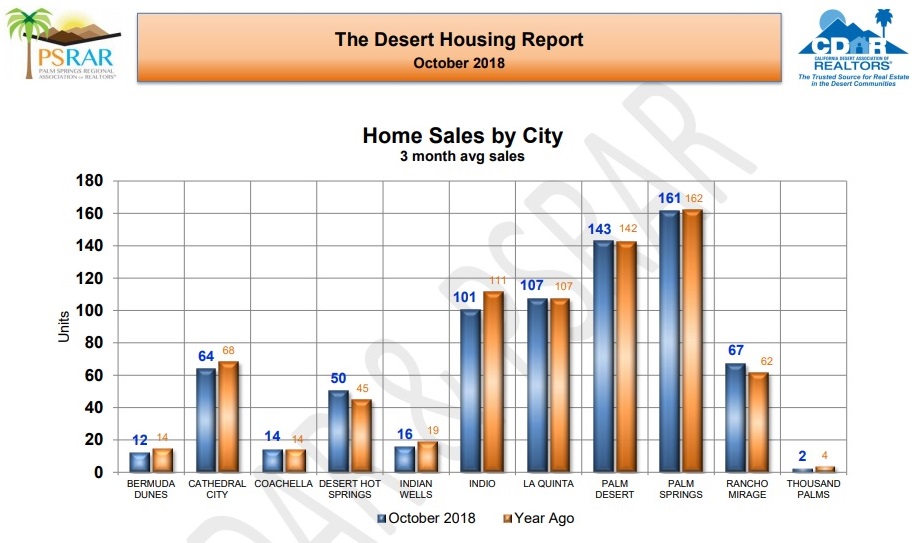 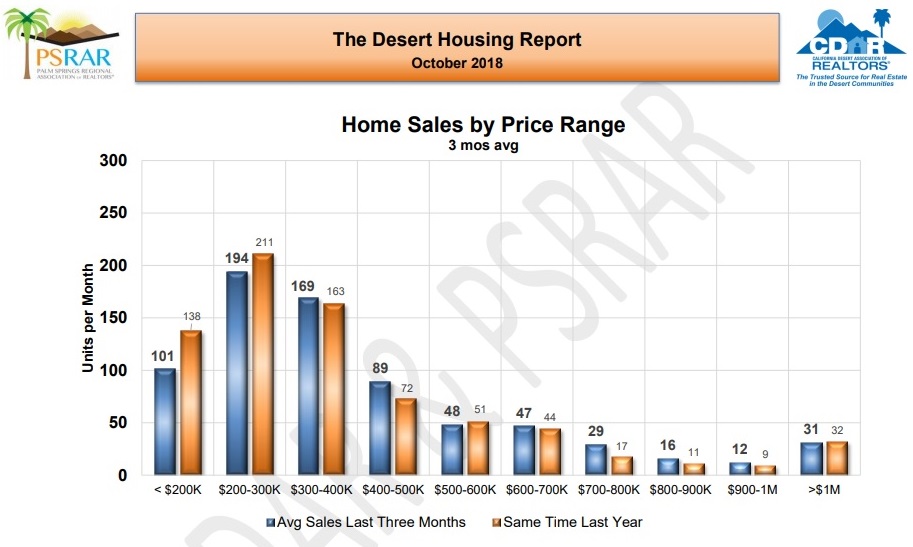 Generally, sales continue to increase in higher price brackets and decline in lower brackets simply because more homes are moving into the higher brackets. As an example of this trend, three years ago 53% of sales were for homes priced under $300k versus 40% now. The largest numerical increase in sales is for homes priced from $600k to one million. 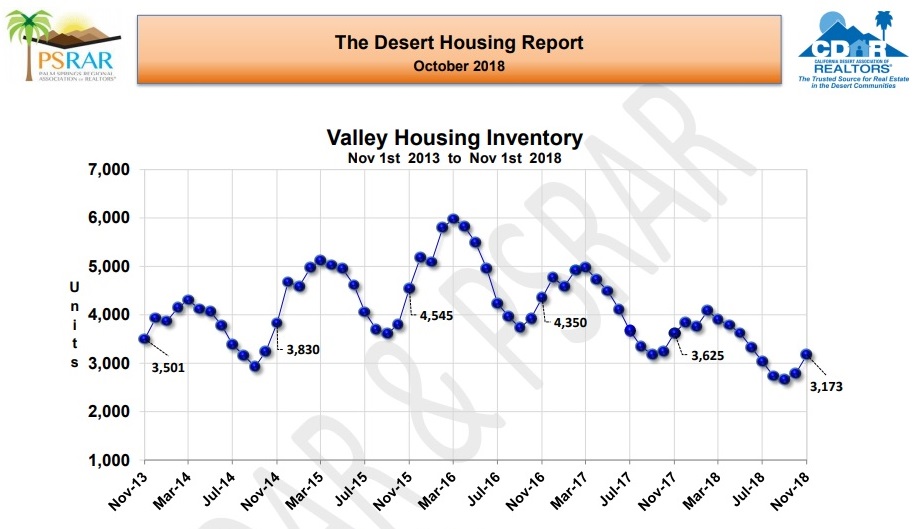 Coachella Valley Inventory was 3,173 units (an increase of 505 units from the 2,780 units available on October 1st)) . However, Market Watch’s analysts point out that this is a seasonal increase as the graph clearly shows large jumps between October 1st and November 1st every year. Compared to previous November 1st numbers, this is the lowest inventory of the last six years. 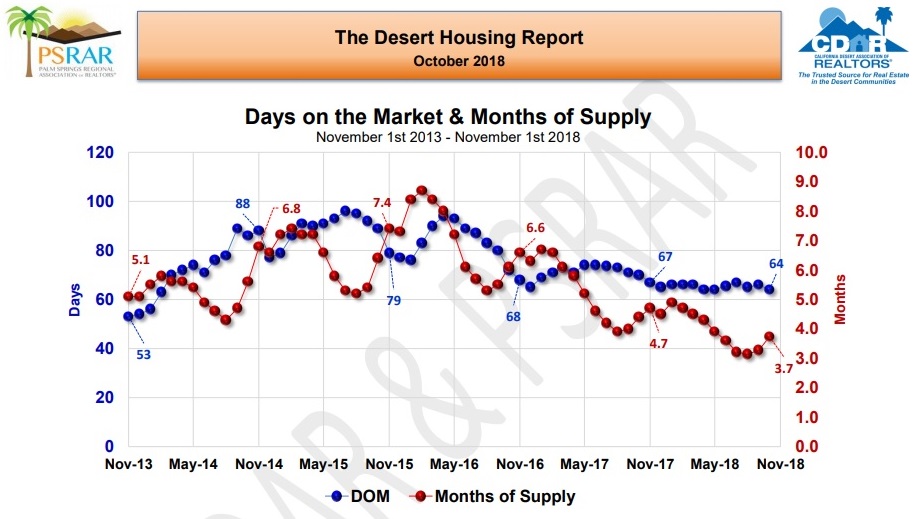 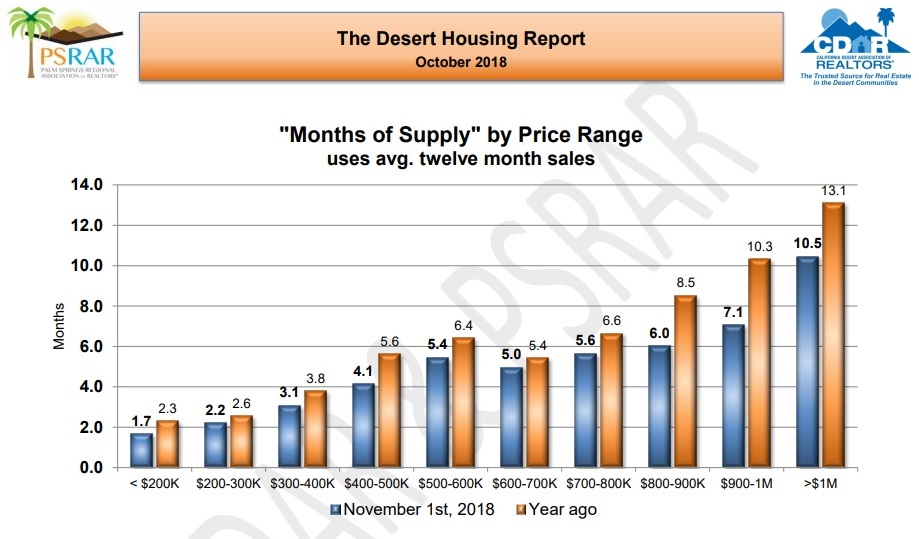 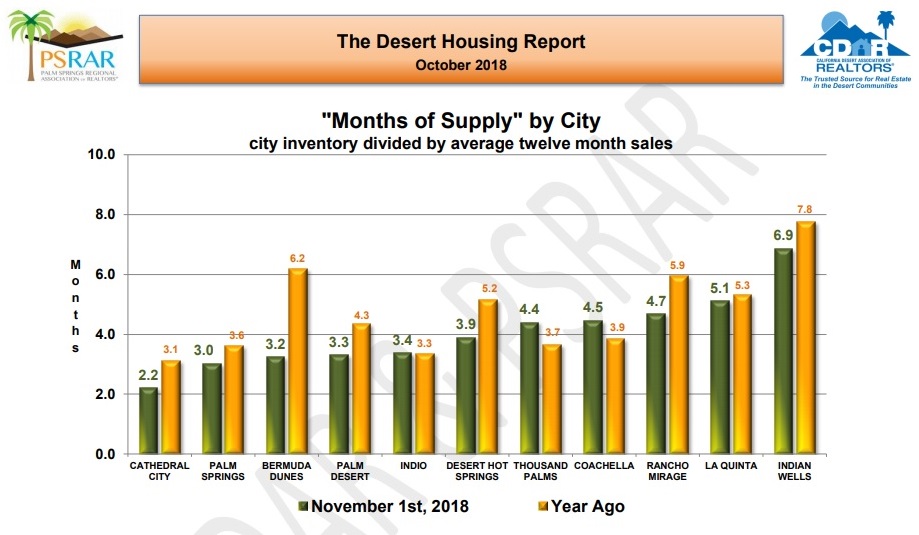