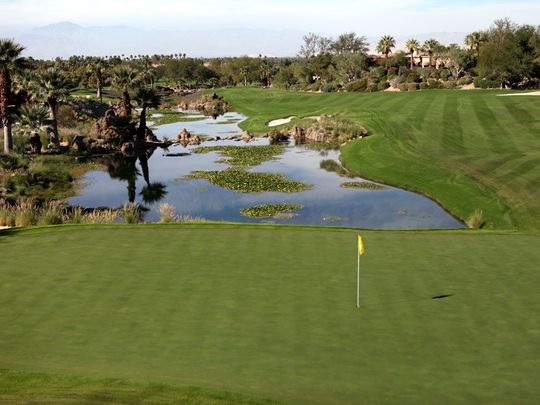 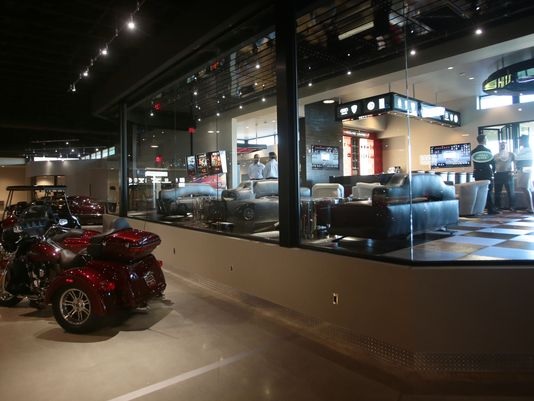 The Desert Sun’s Larry Bohannan writes that lifestyle, not golf, is driving some of the Coachella Valley’s highest-profile country clubs to invest tens of millions of dollars in capital improvements. Larry cites Bighorn Golf Club in Palm Desert, where the club is spending $70 million for a new state-of-the-art clubhouse, the Vintage Club in Indian Wells, where the 80,000 square foot clubhouse and its Tom Fazio-designed Mountain Course were recently renovated, and Toscana Country Club in Indian Wells, where eight new holes were added to complete its 36 holes of Jack Nicklaus-designed golf and a casual restaurant is being built for its members.

According to the National Golf Foundation, 2016 is expected to be the 11th consecutive year more golf courses have closed in the country than opened, with most years seeing closures outpacing openings by about 15 to one. Two lower-end local desert area courses, Santa Rosa Country Club in Palm Desert and Rancho Mirage Country Club, have shut down their courses in the past 15 months, still leaving the golf-crazed Coachella Valley with 121 courses.

Larry’s article states that most of the courses that have closed, according to the statistics, have been under-$40 daily fee courses or, if it is a private club, they were in the more affordable membership area or were older and faced a challenge like the land being just too valuable.

Despite the decline in participation and courses in the past decade, golf and country clubs remain an important part of the local and national economy. The National Golf Foundation estimates that golf generates $70 billion in direct goods and services in the country each year. In 2015, as the game in the Coachella Valley saw course closures and questions over water usage during the statewide drought, the Hi-Lo Desert Chapter of the Golf Course Superintendents Association of America commissioned a report calculating $1.1 billion in direct and indirect dollars generated by the game in the desert alone.

To continue to have that kind of economic impact, even high-end private clubs must be prepared for a future where golf is part of a country club lifestyle, but not the main focus of the club. That means making investments in courses and other amenities at their facilities, course official say. At Bighorn, amenities outside of its two golf courses include an on-site steakhouse, a Starbucks and spa facilities as well as a specialty car park and museum called The Vault. Club members can park their muscle cars or restore vintage cars in the 24,000-square-foot Vault for $100,000. The new clubhouse at Bighorn will include four 5,000-square-foot penthouses described as “the ultimate in concierge lifestyle.” The sale of the penthouses, as well as the sale of some naming rights for other amenities, is expected to make up about half of the $70 million cost for the new structure.

At The Vintage Club, upgrades have included renovations to the Mountain Course two years ago and renovating all 18 greens on the Desert Course this summer. The interior of the 80,000-square-foot club featuring a casual bar, administrative offices and dining rooms was also renovated and unveiled over the winter. The club’s tennis facilities are being renovated now.

In an increasing number of instances, country clubs are finding members who have no interest or time to play golf, so they’re adding things like pickleball that can be social but take a smaller amount of time. These amenities outside of golf, and the willingness to invest in such amenities, are done with a focus on maintaining and growing membership rolls.  Membership is key for all clubs, even for Bighorn, where Bighorn Golf Club Founder R.D. Hubbard is quoted as saying, “let’s just say we lost 10 members a year for five years. We are in deep trouble if we can’t replace them.”

To see a slide show showingsome of the improvements at local country clubs, courtesy of The Desert Sun, please visit:Local Country Club Improvements