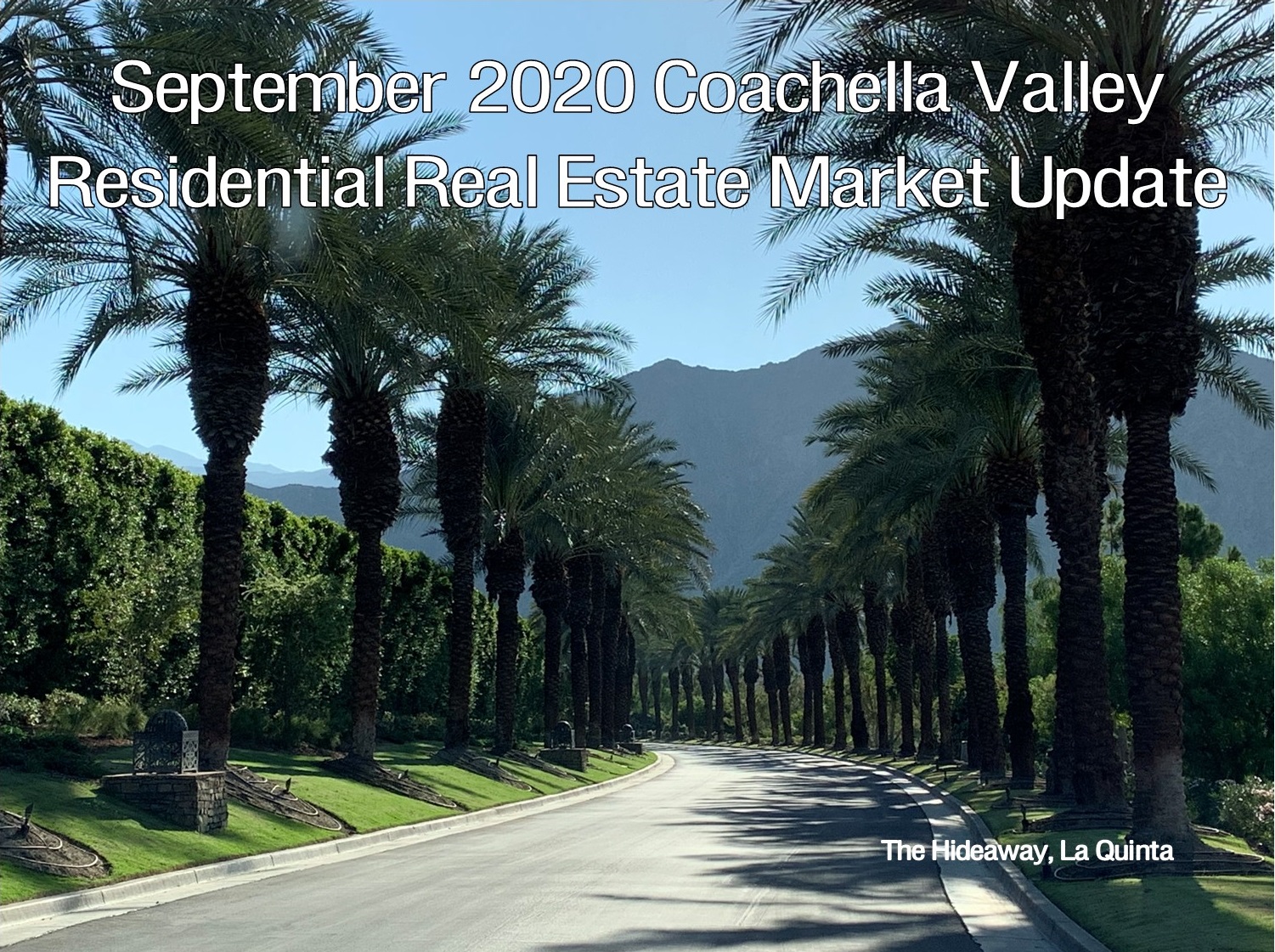 Local real estate experts Market Watch LLC have just released their September 2020 Desert Housing Report outlining their take on the state of our local market. Some of the highlights: 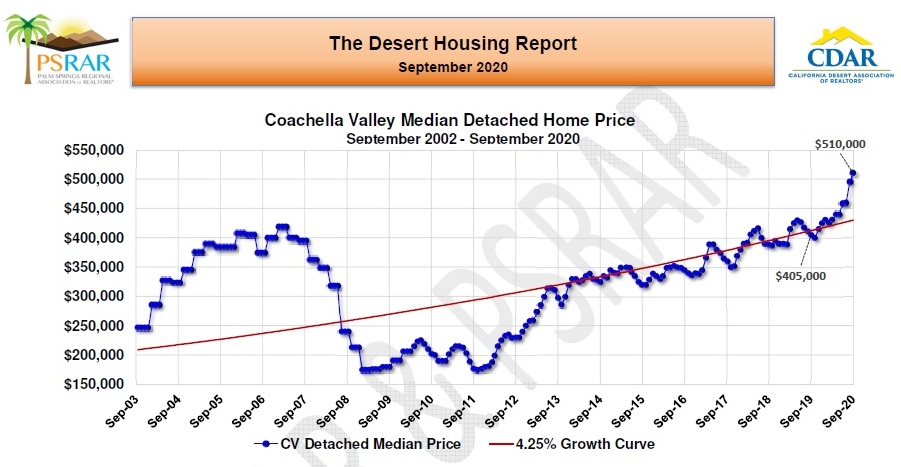 The Coachella Valley detached home median price in September was $510,000 (up 26% year-over-year from $405,000). Market Watch noted that this is the largest percentage price increase since 2012. 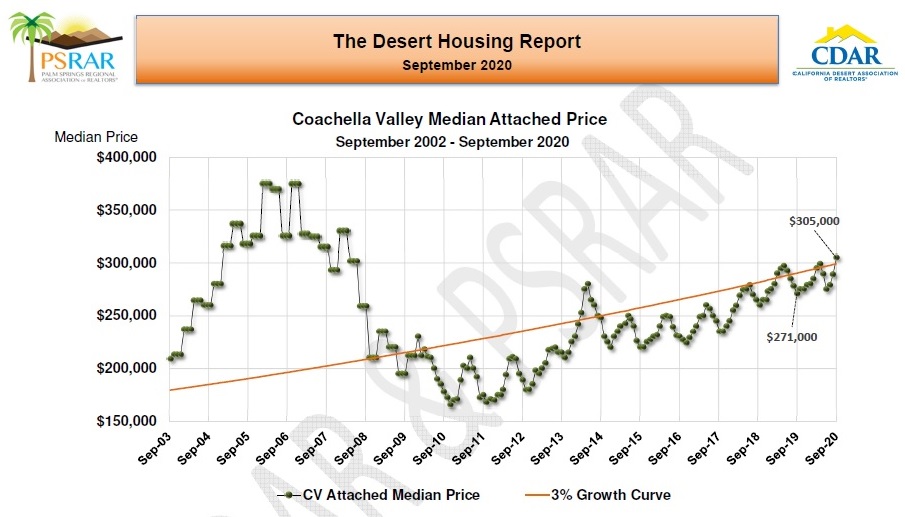 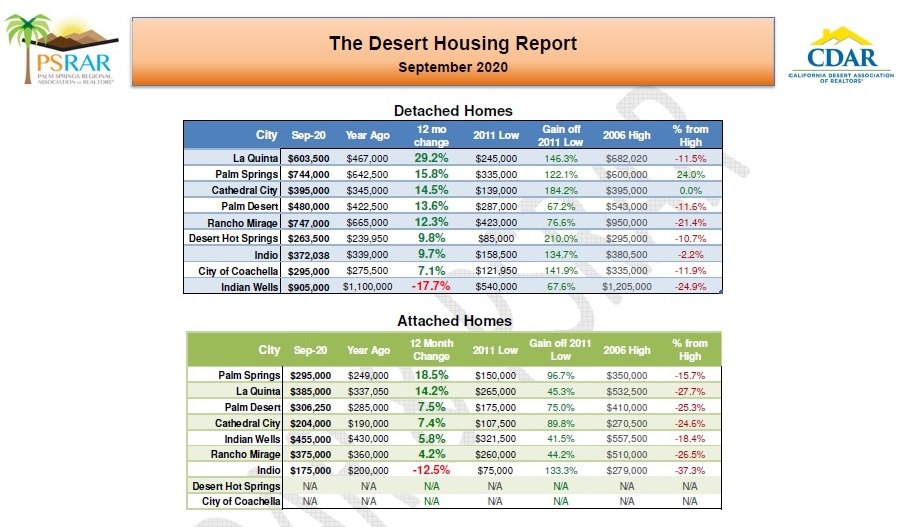 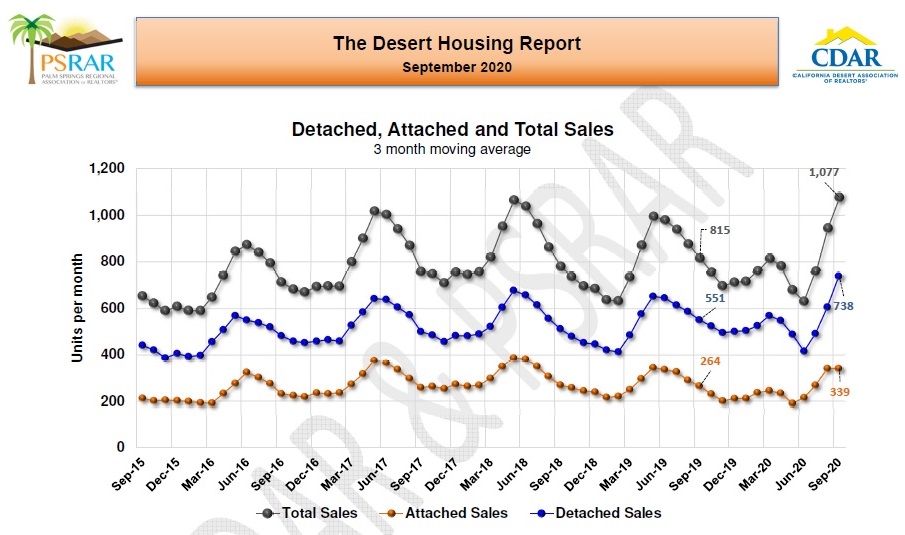 The 3-month average of total home sales was 1,077 units per month in September (32% higher than one year ago and the highest total home sales in recent history). Detached homes sales increased by 34% year-over-year and attached sales increased by 28% year-over-year. Market Watch commented that these sales figures were contrary to the normal seasonal pattern, when sales normally contract during the hot summer months. 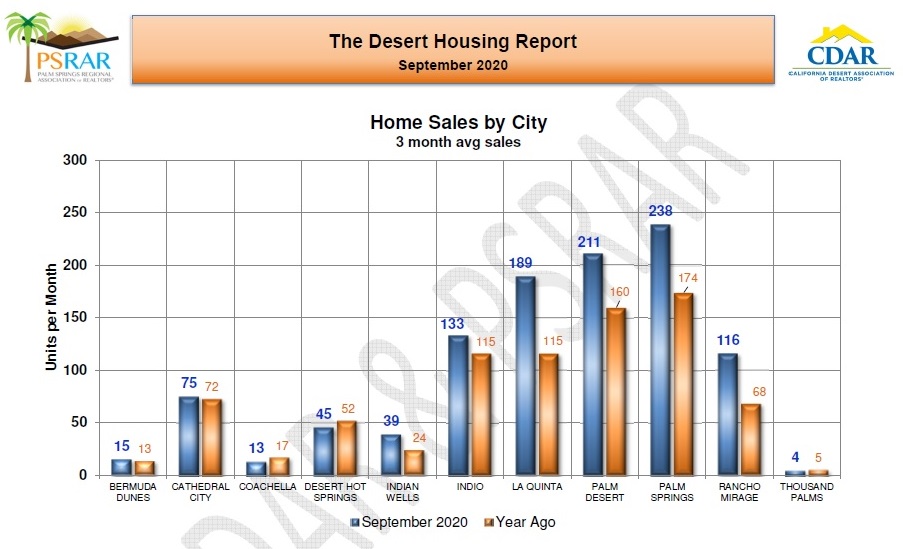 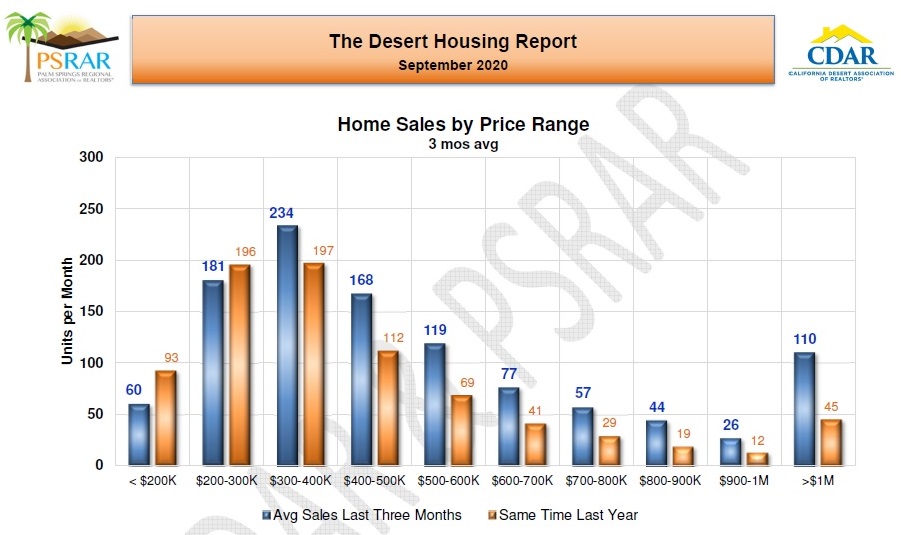 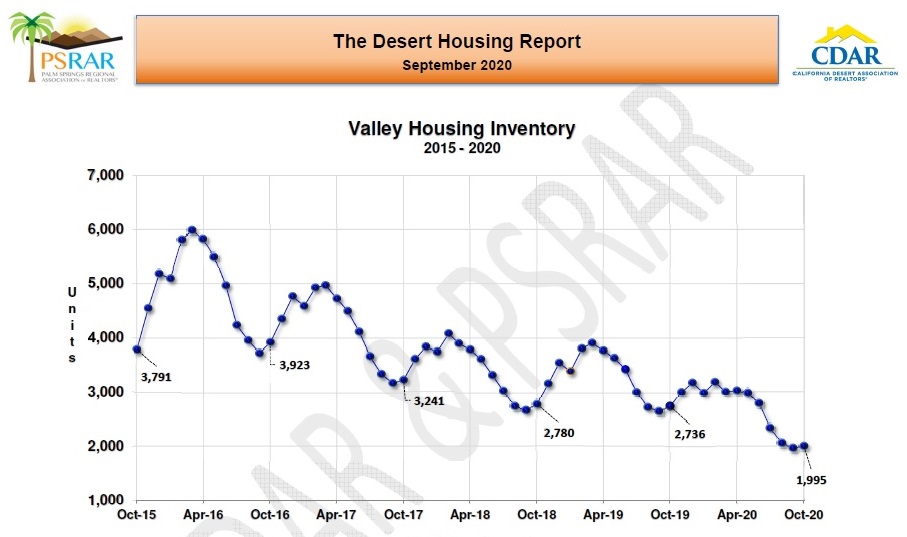 On October 1s, there were only 1,995 units for sale (compared with 2,736 units for sale on October 1st, 2019). Market Watch commented that this low housing inventory coupled with surging demand was driving home prices higher. Based on historical data and trends, they expect our housing inventory to increase over the next four months. However, they also noted that the current large number of homebuyers may keep inventory increases low (as was the case last year). 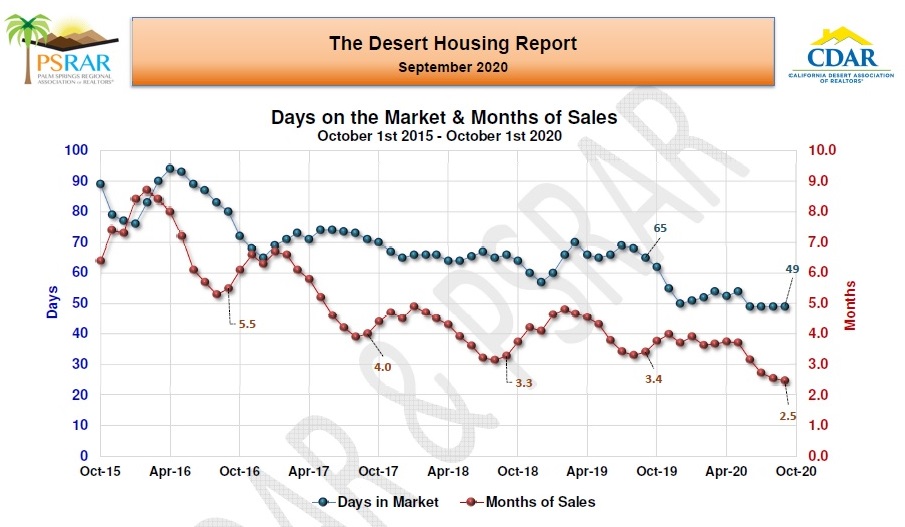 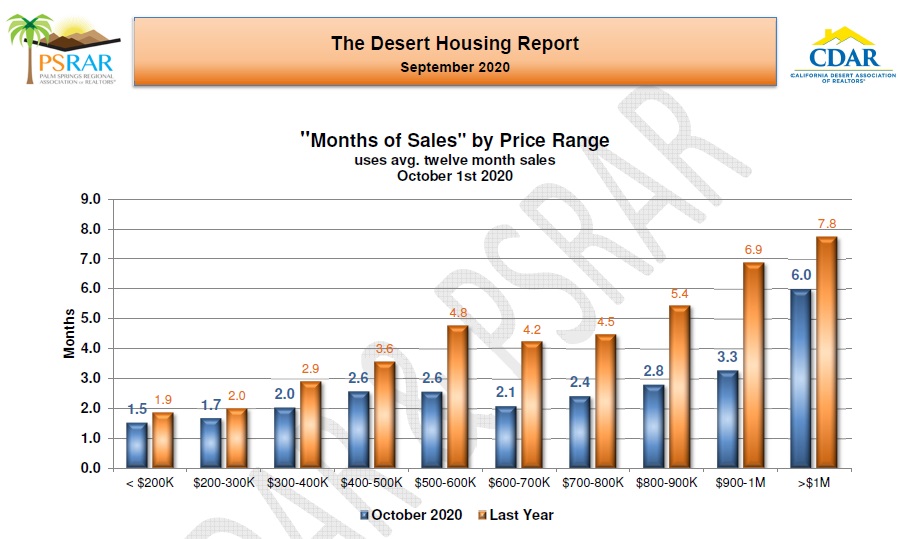 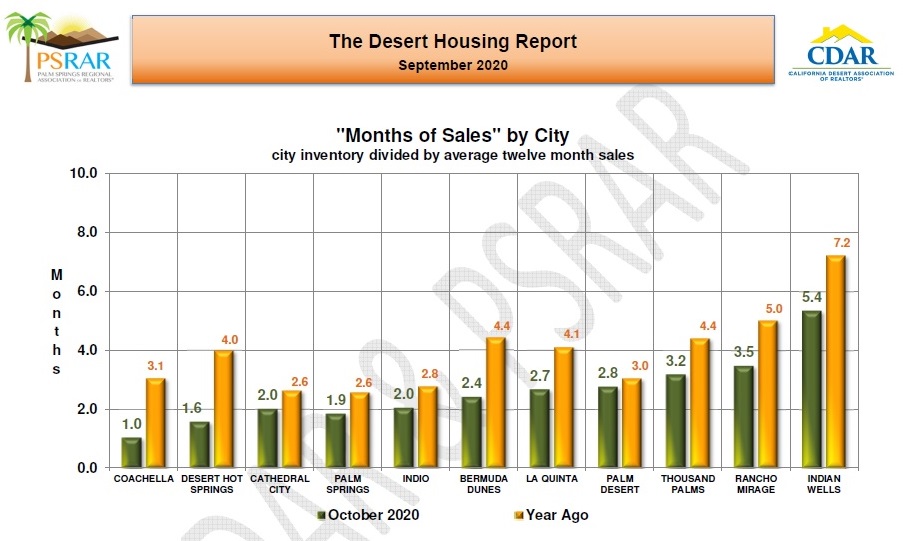 On October 1st, the months of sales ratio in was under 3 months in Coachella, Desert Hot Springs, Cathedral City, Palm Springs, Indio, Bermuda Dunes, La Quinta and Palm Desert. Market Watch commented that even the higher-priced cities of Rancho Mirage and Indian Wells, which normally have double-digit month of sales ratios, had months of sales ratios of 3.5 months and 5.4 months respectively. 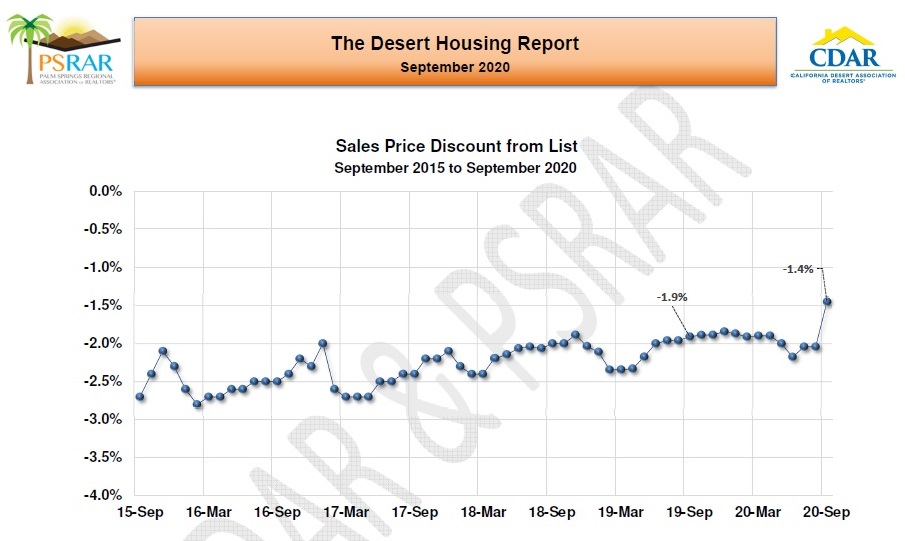 Lastly, the September median value for sale price discount from list was -1.4% (compared with 1.9% in September 2019). Market Watch expects this trend of smaller discounts to continue until at least the end of the year. The current reading implies that an average home in the region offered at $500,000 sold for $493,000.