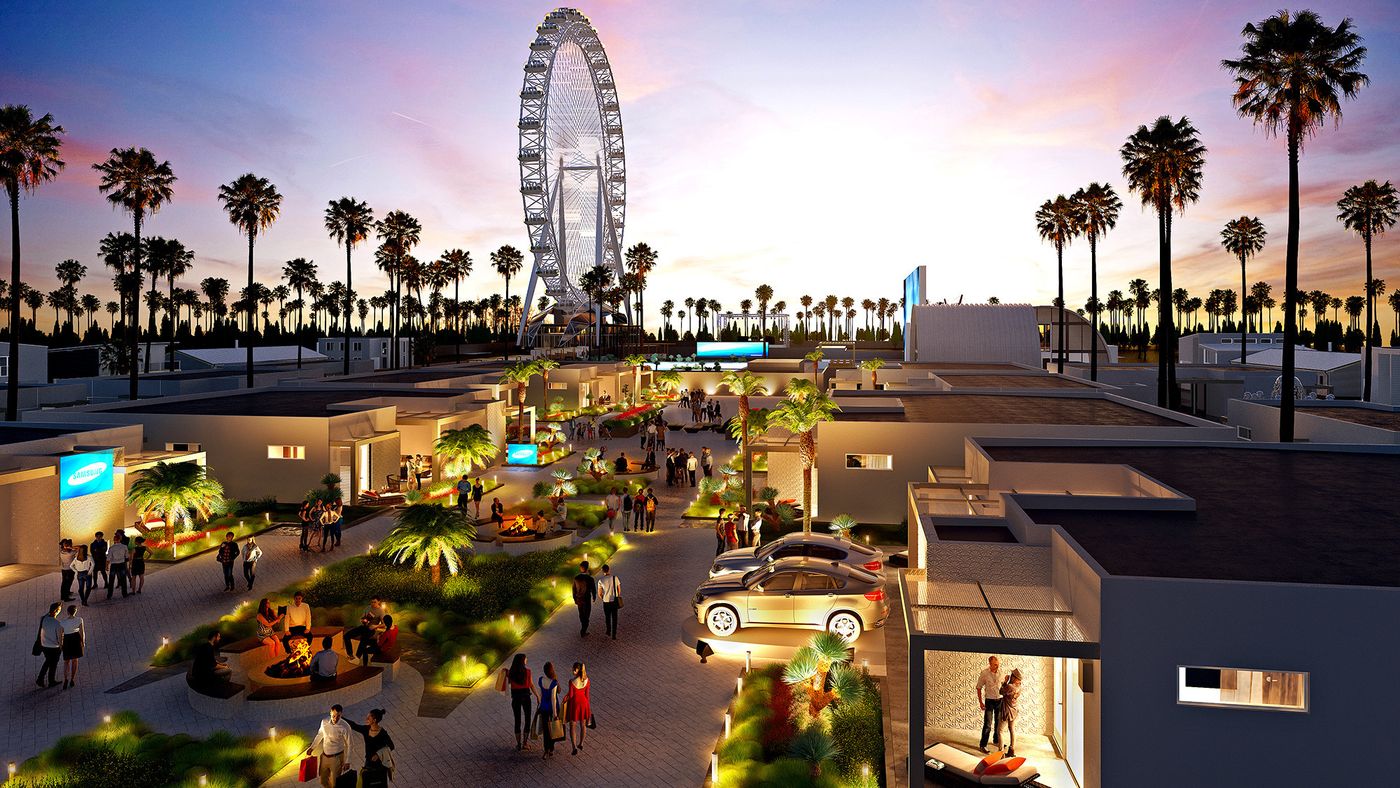 Roger Vincent, who covers commercial real estate for the Business Section of the Los Angeles Times, writes in a recent LA Times article about a new 35-acre resort being built in the city of Coachella. The site of the new resort is close to the Empire Polo Club, where the Coachella and Stagecoach Festival are held. The 250 guest rooms will operate under the flag of the Hotel Indigo, a chic boutique brand of United Kingdom-based InterContinental Hotels Group. A Hotel Indigo recently opened at downtown L.A.’s $1-billion Metropolis residential project.

The centerpiece of the resort will be a 10,000-square-foot Las Vegas-style party pool, with a DJ stage, catwalk and attached cocktail lounge. The pool will be filled with chilled saltwater so it doesn’t get too warm on hot days. Flanking the pool will be two- four- and six-bedroom casitas that have shared living rooms and social areas for entertaining but private entrances and bathrooms. The resort will also have an 11-acre grass-covered park to host music events, wellness retreats and other private events. Among the Indigo’s other features will be a spa, gym, yoga studio, general store and coffee shop. The resort’s public buildings, including its conference space, were designed to evoke Quonset huts, the humble semicircular structures mass-produced during World War II that were once common in the desert.

Work on the hotel began this year and is expected to be completed in the fall, in time for the desert’s high season. Its estimated price tag is $45 million. 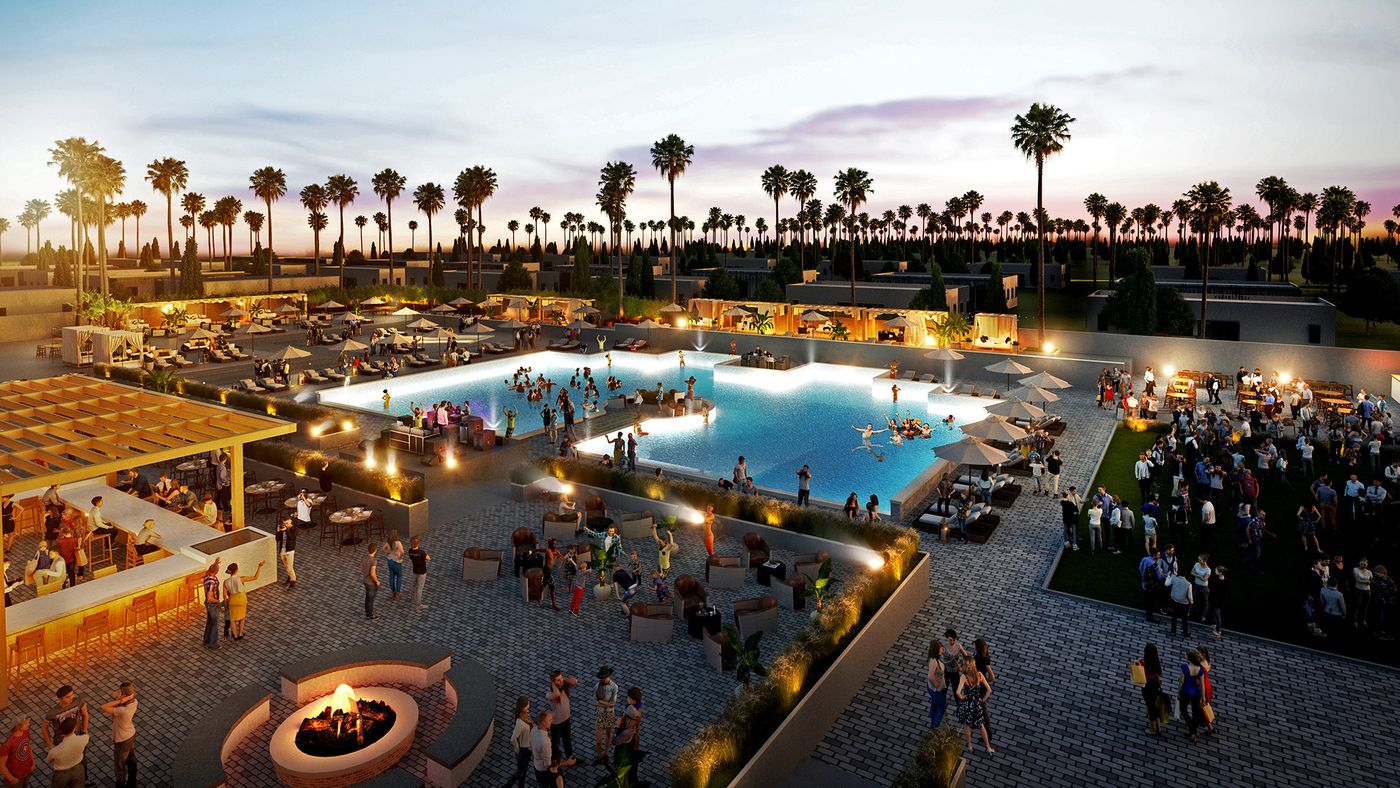 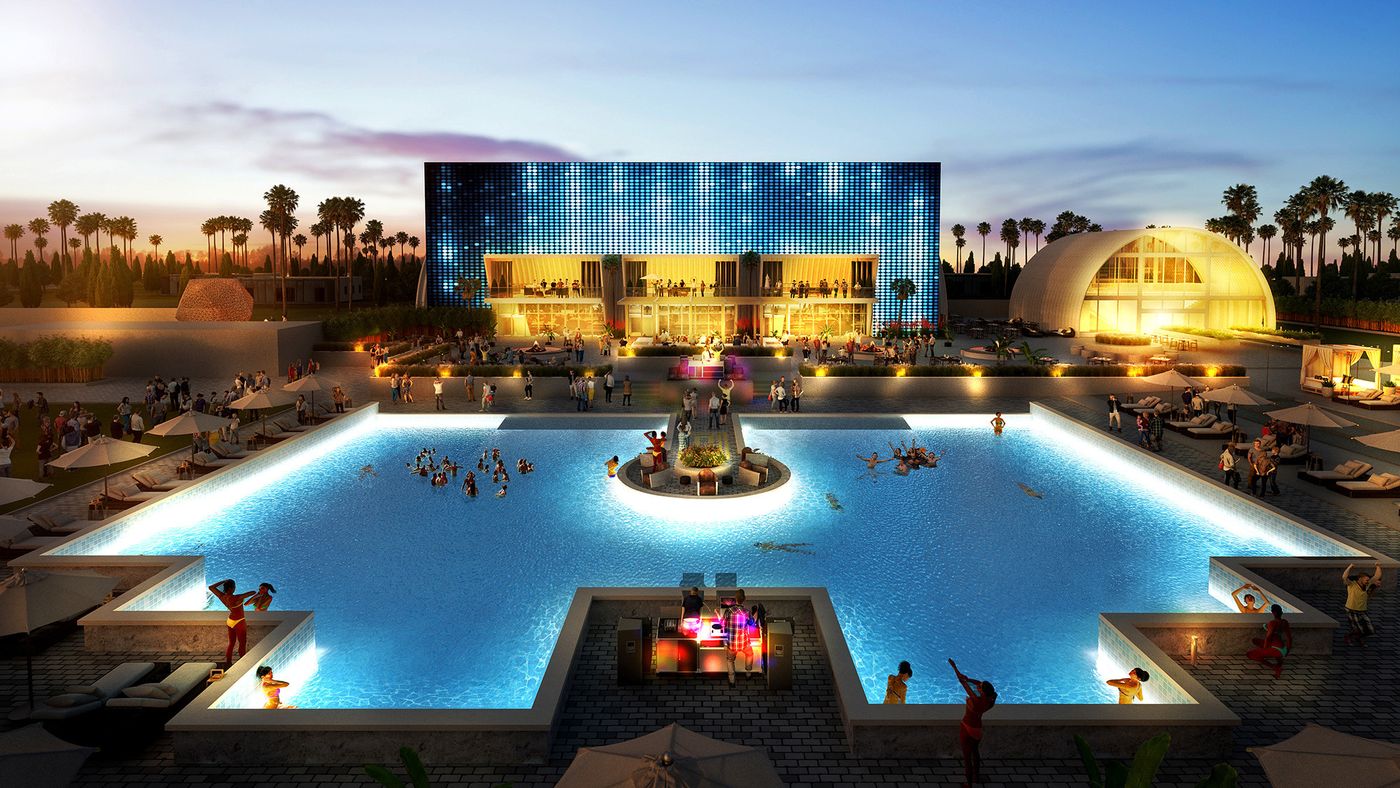